11 Names of one delicious Pani Puri 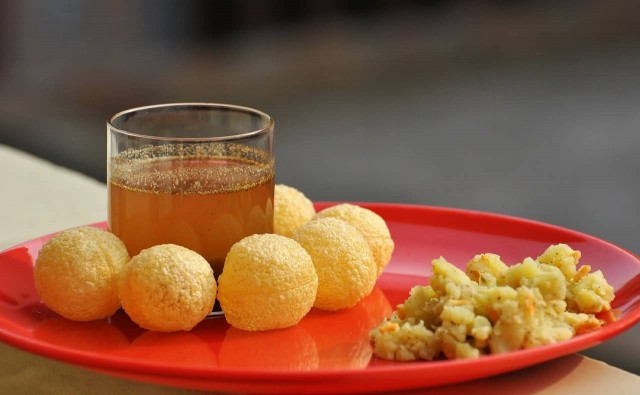 The Panipuri is a popular street snack in Maharashtra, Gujarat, Madhya Pradesh, Karnataka, Tamil Nadu and Nepal. It consists of a round, hollow puri, fried crisp and filled with a mixture of flavored water, tamarind chutney, chili, chaat masala, potato, onion and chickpeas. 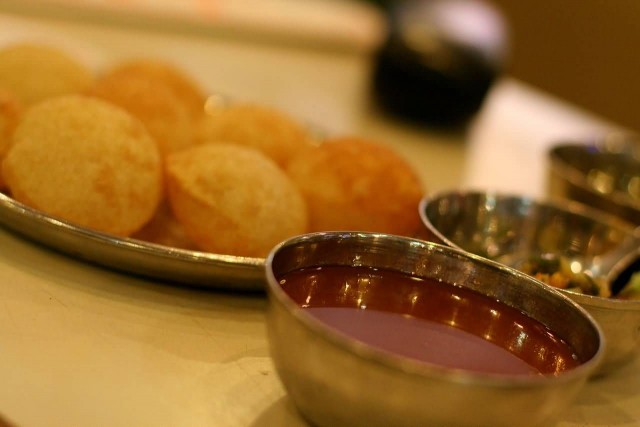 It is known as Phuchka in Eastern Indian states like Bihar, Jharkhand and West Bengal, also in Bangladesh. Phuchkas use a mixture of boiled gram and mashed potatoes as the filling, the chutney is tangy rather than sweetish and the water is spicy. 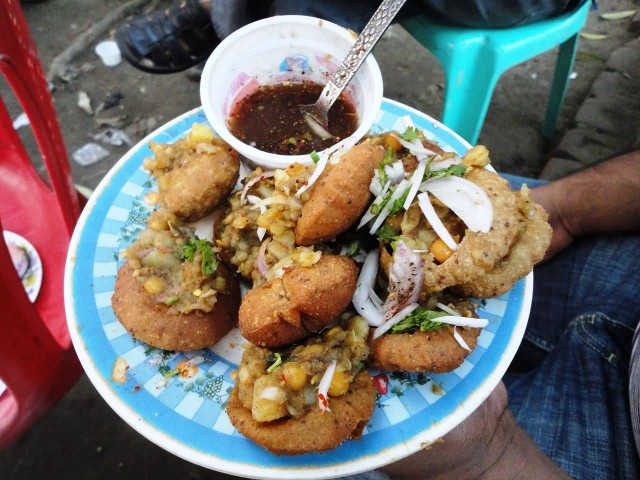 The delicious snack of puris filled with tangy water is known as Gol Gappe in New Delhi, Punjab, Jammu & Kashmir, Haryana, Bihar, Madhya Pradesh and Himachal Pradesh in India and almost everywhere in Pakistan. Gol Gappe is probably equivalent to North India just like Vada Pav is to Maharashtra. 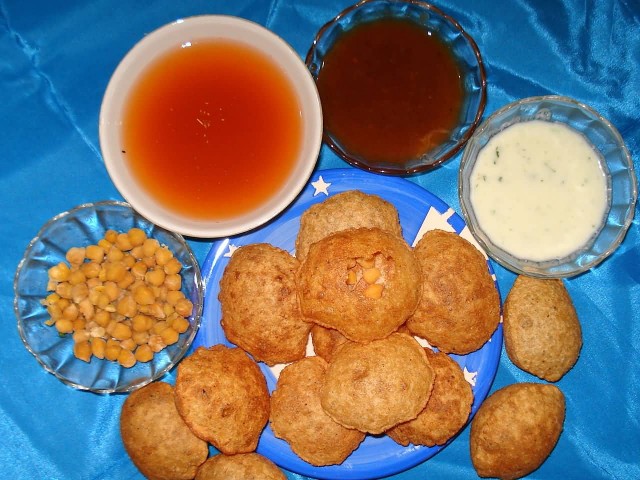 Pakodi is called in several parts of Gujarat and Kutch. Do not confuse these with the very famous pakodas. Sev is sometimes an interesting addition to Pakodi in some places. The water is heavy on mint and green chillies. Pakodis are quite stuffed and spicy. 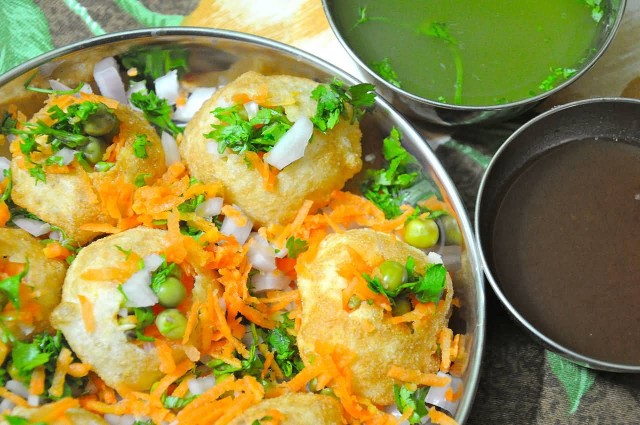 Paani ke Patashe is what pani puri is called in parts of Haryana. The taste though is quite similar to that of Gol Gappe. 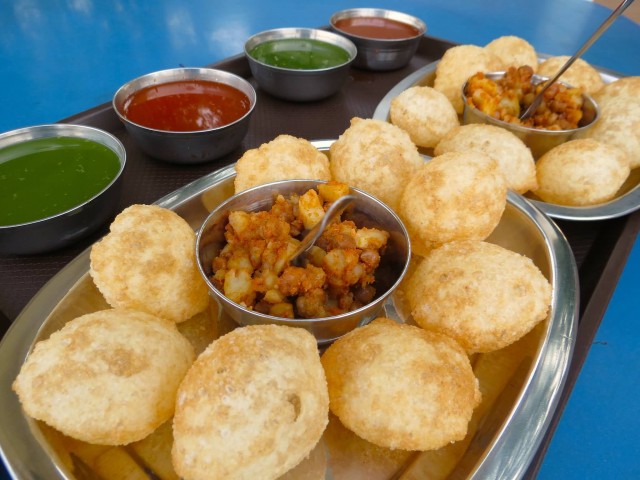 In Lucknow, this dish is known as “Pani ke bataashe”, which means a crispy round dish having spicy water inside. A hole is made using a thumb in the “Bataasha” and a small amount of boiled peas is filled inside it and then the “Bataasha” is dipped in the spicy water or “Pani”. In Lucknow, one can taste Pani ke Bataashe with 5 different types of water called Paanch Swaad ke Batashe. 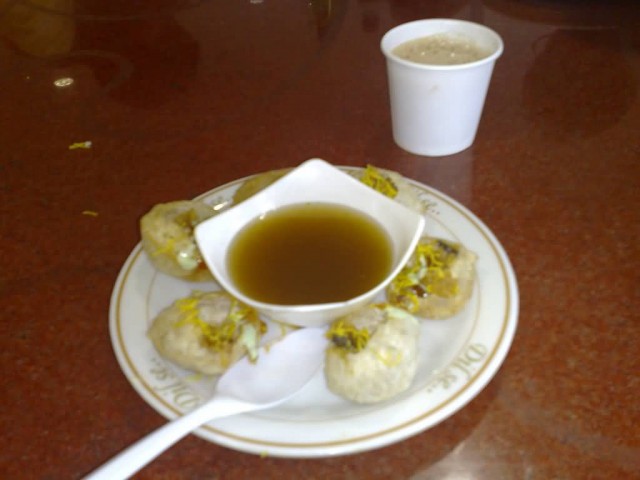 Pani puris are called Gup Chup in parts of  Odisha, Hyderabad and South Jharkhand. Because of the bursting sound in the mouth when it is eaten and the water fills the mouth thats why its called Gup Chup. 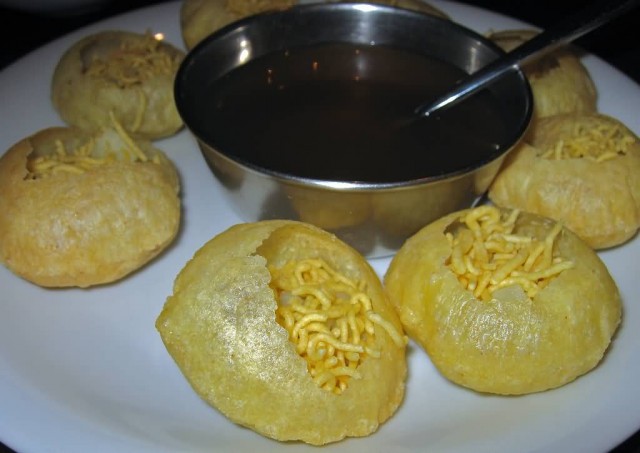 While Gujaratis refer to chapati as phulkas, pani puri is called Phulki in the eastern parts of Uttar Pradesh. Phulki is same like another and it is only the name that differs. 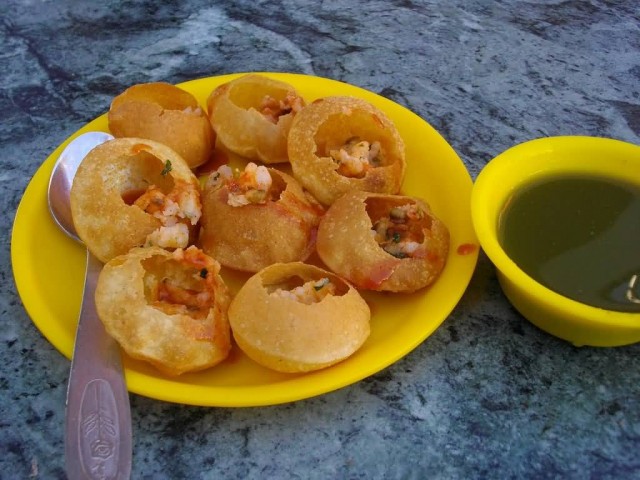 It is only in Hoshangabad in Madhya Pradesh where pani puri is referred to as Tikki. This Tikki stuffed with potatoes and tangy water. 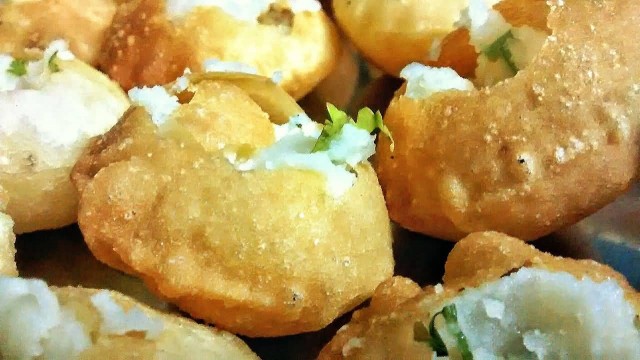 It is only in Aligarh in Uttar Pradesh where pani puri is referred to as Padaka. 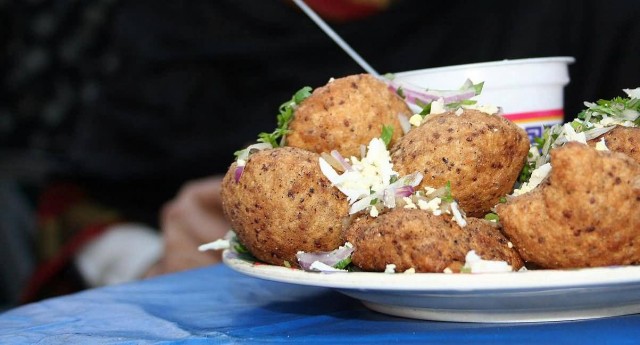 The English meaning of golgappa is “watery bread” or “crisp sphere eaten.” The literal meaning suggests that it may have originated from Varanasi. 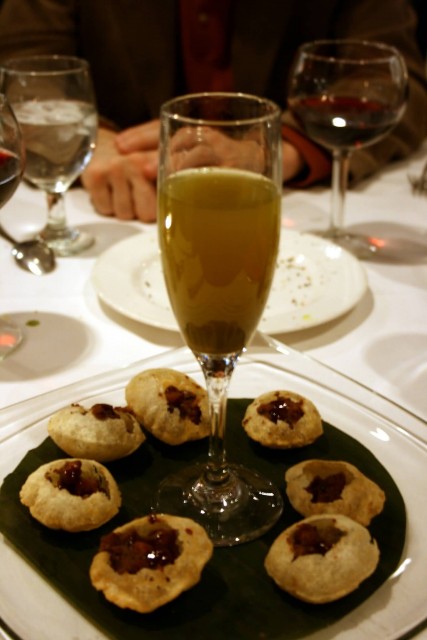