5 Funny Looking Birds In The World 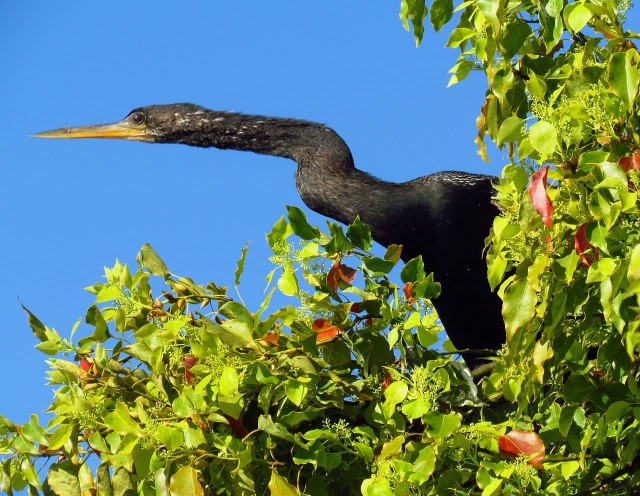 The anhinga, sometimes called snakebird, darter, American darter, or water turkey, is a water bird of the warmer parts of the Americas. The word anhinga comes from the Brazilian Tupi language and means devil bird or snake bird. It is a dark-plumaged piscivore with a very long neck and often swims with only the neck above water. The anhinga is placed in the darter family. Like other darters, the anhinga hunts by spearing fishes and other small prey using its sharp, slender beak. 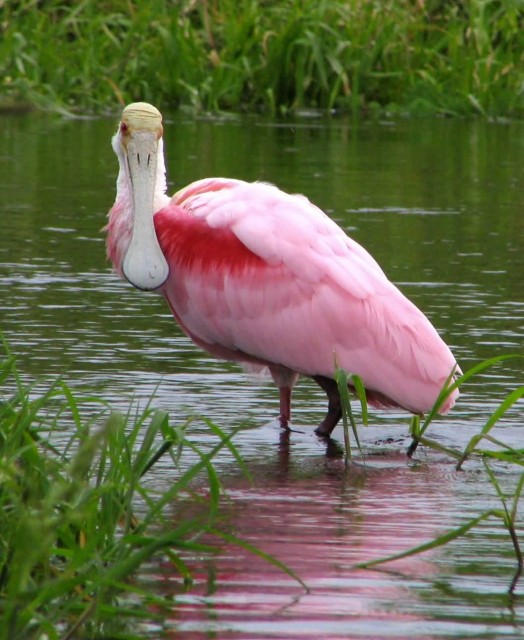 Spoonbills are a group of large, long-legged wading birds in the family Threskiornithidae. They are most closely related to the Old World ibises. All spoonbills have large, flat, spatulate bills and feed by wading through shallow water, sweeping the partly opened bill from side to side. Spoonbills generally prefer fresh water to salt but are found in both environments. They need to feed many hours each day. 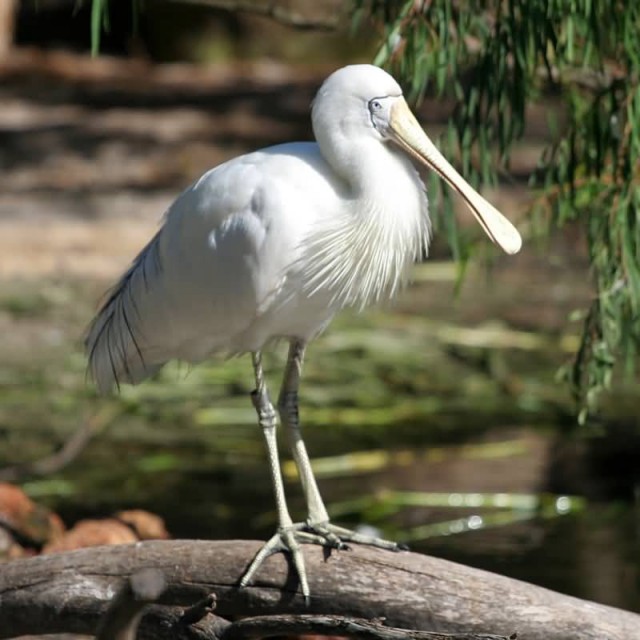 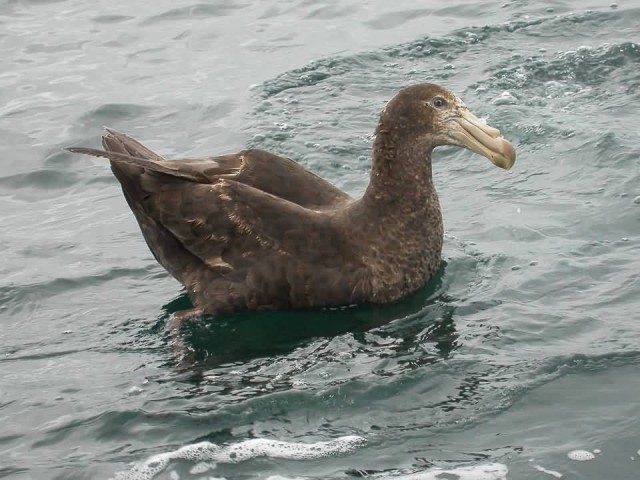 Giant petrel is a genus, from the family Procellariidae which consists of two species. They are the largest birds of this family. Both species are restricted to the Southern Hemisphere. Giant petrels are aggressive predators and scavengers. They are much darker and more mottled brown and have a more hunch-backed look. The petrels have a hooked bill called the maxillary unguis which can hold slippery food. 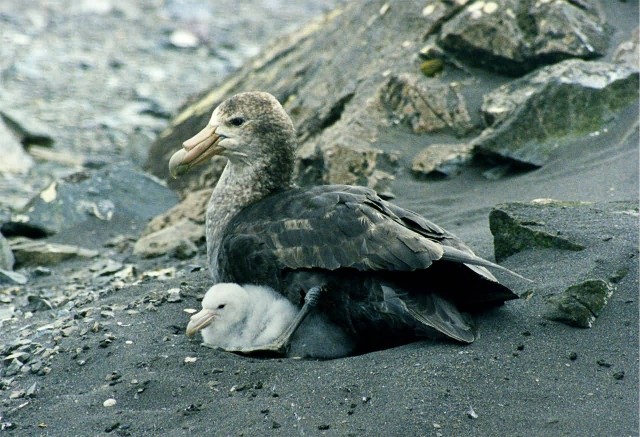 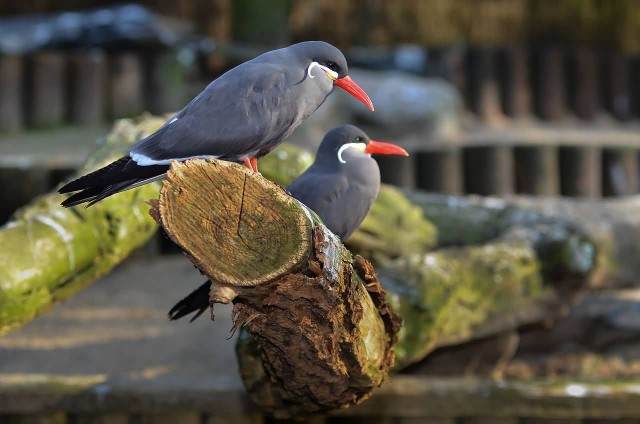 The Inca tern is a seabird in the family Sternidae. It is the only member of the genus Larosterna. This uniquely plumaged bird breeds on the coasts of Peru and Chile and is restricted to the Humboldt current. It can be identified by its dark grey body, white moustache on both sides of its head and red-orange beak and feet. The Inca tern is a large tern, approximately 40 cm long. The Inca tern feeds primarily on small fish, such as anchovies. 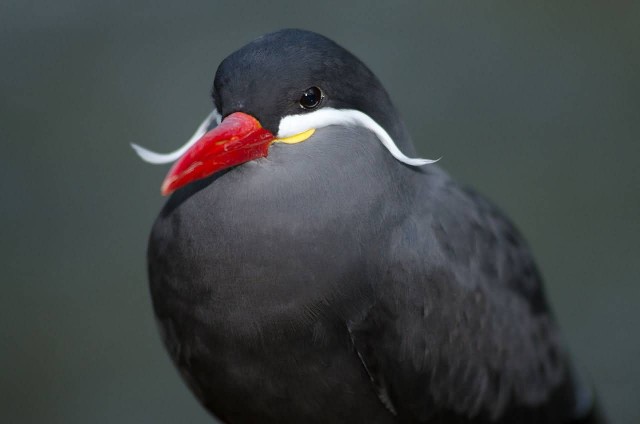 The sage-grouse is the largest grouse in North America. Adults have a long, pointed tail and legs with feathers to the toes. Adult males have a yellow patch over the eye, are grayish on top with a white breast, a dark brown throat and a black belly. Two yellowish sacs on the neck are inflated during courtship display. Adult females are mottled gray-brown with a light brown throat and dark belly. 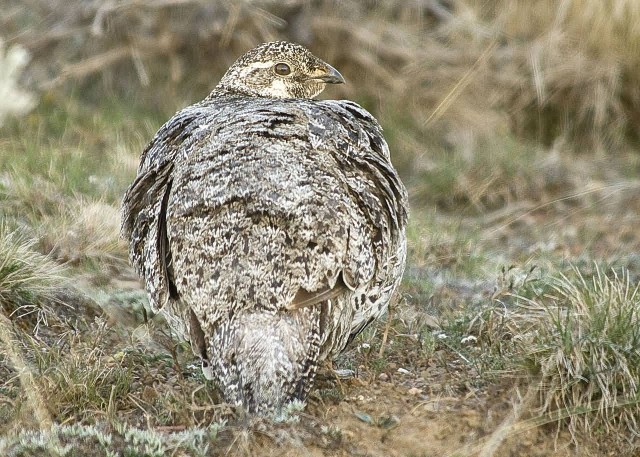