5 Heaviest People In the World 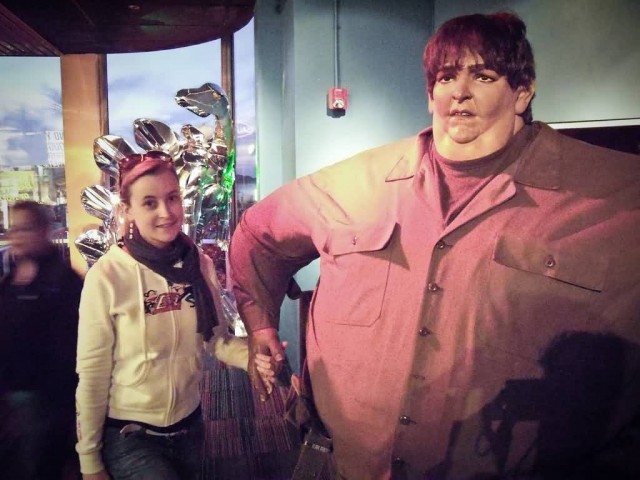 Robert Earl Hughes (June 4, 1926 – July 10, 1958) was, during his lifetime, the heaviest human being recorded in the history of the world. Hughes was born in Baylis, Illinois, in 1926. At the age of six, he weighed about 92 kg at ten, he weighed 171 kg. His excessive weight was attributed to a malfunctioning pituitary gland. His chest was measured at 3.15 m and he weighed an estimated 485 kg at his heaviest. During his adult life, Hughes made guest appearances at carnivals and fairs; plans to appear on the Ed Sullivan television program were announced but never came about.

On July 10, 1958, Hughes contracted a case of measles,which soon developed into uremia, resulting in his death in Bremen, Indiana, United States; he was 32 years old.
He is often said to have been buried in a piano case. This error stems from a sentence that appeared in successive editions of the Guinness Book of World Records, which read, “He was buried in a coffin the size of a piano case.” His headstone notes that he was the world’s heaviest man at a confirmed 472 kg.

Manuel “Meme” Uribe Garza (11 June 1965 – 26 May 2014) was a Mexican man who suffered from morbid obesity to one of the greatest extents known in recorded history. After reaching a peak weight of around 597 kg and having been unable to leave his bed since 2002, he lost approximately 230 kg nearly half of his body weight with the help of doctors and nutritionists by February 2008. However, he died in his hometown on 26 May 2014 weighing 394 kg.

Uribe drew worldwide attention in January 2006, when he made an emotional plea on a Mexican television network that prompted both private and public assistance. He was also featured on The World’s Heaviest Man, a 2007 television documentary about his bedridden life and attempts to overcome his obesity and in The World’s Heaviest Man Gets Married, a similar documentary that was broadcast in 2009 by the Discovery Channel.

Jon Brower Minnoch (September 29, 1941 – September 10, 1983) was an American man who, at his peak weight, was the heaviest human being ever recorded, weighing approximately 635 kg. This figure was only a close estimation because of his extreme size, poor health, and lack of mobility prevented use of a scale. At the age of 12, Minnoch weighed 132 kg and by age 22 he was 190 cm in height and weighed 178 kg.

Carol Ann Yager (January 26, 1960 – July 18, 1994) was one of the most severely obese people in history, and the heaviest woman ever recorded. Yager lost the most weight by non-surgical means in the shortest documented time 236 kg in three months.When Yager died in 1994 at the age of 34, she weighed about 544 kg and was 170 cm in height. Bizarre magazine reported that she was estimated to have been more than 152 cm wide although this measurement has not been verified by Yager’s medical team or family members. Shortly before her death, however, she was able to fit through her custom-built 121 cm wide front door.

Undocumented information from firefighters and rescue personnel of the Beecher Fire Department stated that they had to remove the picture window in the front room of her house to get her body out when she died. Published reports quoted her then-boyfriend as stating that he estimated her peak weight at about 727 kg when questioned about this estimate, Yager’s doctor declined comment.

Billy Leon McCrary (December 7, 1946 – July 14, 1979) and Benny Loyd McCrary (December 7, 1946 – March 26, 2001), known together as the McGuire twins, were listed in the Guinness Book of World Records as the “World’s Heaviest Twins” 328 kg and 338 kg  correspondingly Born in Hendersonville, North Carolina, United States, the twins began using the stage name McGuire and gained popularity as tag-team wrestlers and in carnival stunt shows. Billy McCrary died on July 14, 1979, at the age of 32, following a motorcycle accident in Niagara Falls en route to Ripley’s Believe It or Not!. Benny lived for 21 more years, until his death at age 54 on March 26, 2001 of heart failure.