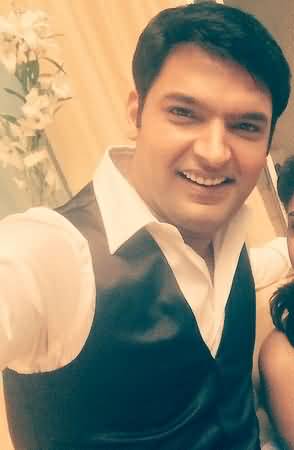 Kapil Sharma is an Indian Stand-up Comedian, Actor, TV anchor, Producer and Singer. He had made his place in the Forbes India Celebrity list for the first time in 2013 being ranked 93rd on the list and has moved up to 33rd in 2014. He has also been declared the CNN-IBN Indian of the Year 2013, in the Entertainment category. Currently he is hosting the most popular Indian comedy show “Comedy Nights with Kapil”. Sharma has been nominated for “Swatch Bharat Abhiyan” by PM Narendra Modi which he has accepted.

Sharma started working at an early age at a textile mill and later at local PCO. He studied at Hindu college in Amritsar. Sharma lives in Mumbai.He is Unmarried. He is an animal lover and supports humane treatment for animals.He adopted a retired and abandoned police dog named ” Zanjeer”. He was Awarded by Indian Television Academy Awards as Best Actor Comedy for Kahani Comedy Circus Ki in 2012 and Best Serial – Comedy for Comedy Nights with Kapil in 2013. In 2013 he got CNN-IBN Indian of the Year Award for Entertainer of the Year and BIG Star Entertainment Awards for Most Entertaining Comedy Show. In 2014 he got Star Guild Awards for Best Comedy Show to Comedy Nights with Kapil. 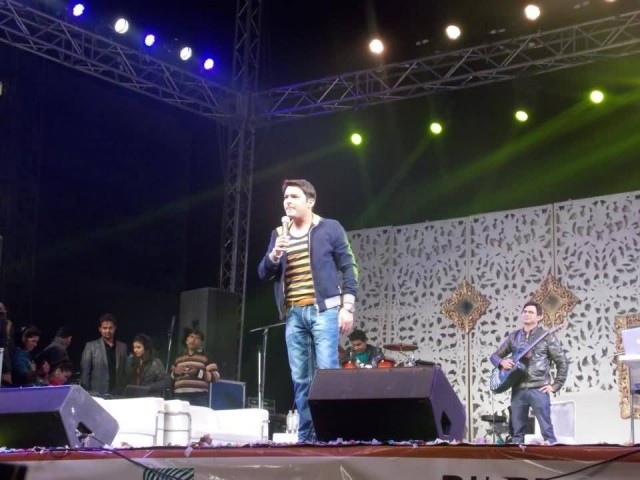 Also in 2011, she acted in the TV series Pyaar Mein Twist on STAR Plus and later appeared as a contestant on the celebrity dance reality show, Jhalak Dikhhla Jaa 5 (2012). In 2012 she hosted the television show Sau Saal Cinema Ke which telecasted on the 15th of December on Star Plus along with Karan Tacker, Ragini Khanna and Shruti Ulfat. She also appeared as a guest star on MasterChef India Season 3. She also appeared as a guest star on Nach Baliye 6. She has been performing her stand-up acts over the years and has also been nationally ranked in pistol shooting and archery. 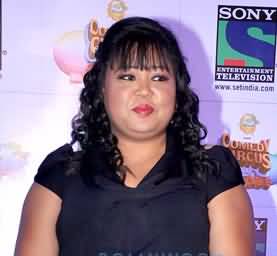 Sunil Pal was born in Hinganghat( District :Wardha) (Maharashtra, India). He is a popular Indian comedian, actor and voice actor, and the 2005 winner of The Great Indian Laughter Challenge on STAR One. Lately he has been seen acting in many Bollywood flicks doing minor comic roles. In 2010, he wrote and directed a comedy film, Bhavnao Ko Samjho, which featured a record 51 stand-up comedians.

Sunil Pal came to Mumbai in 1995. He studied in Janata Vidyalaya city branch Ballarpur school. He joined the Junior College.There he used to mimic his professors and famous actors. After college, he struggled for three years. During one of his interviews, he says that “I was working at a tea stall in Santacruz as waiter. Those days I’d sleep on the footpath. And I used to use the telephones of a nearby shop to keep in touch with my contacts in film industry.” Sunil Pal at Thahake, Hasya Kavi sammelan at Thomso, IIT Roorkee.

In 2000, Sunil got a chance to do a world tour with Aamir Khan for Lagaan as a junior artist. He was also involved in other tours of famous actors like Priety Zinta and Aishwarya Rai. he has worked in seven films as comedian. 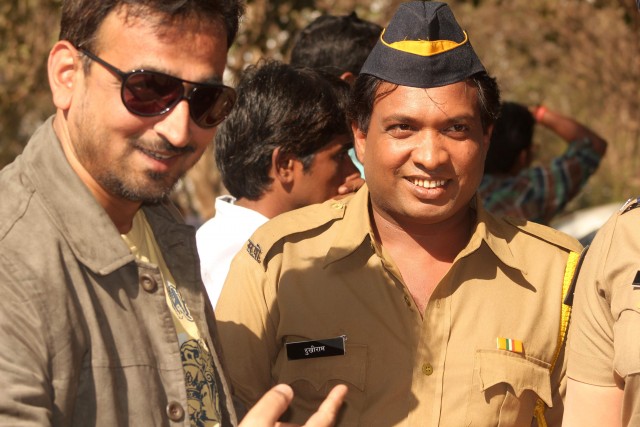 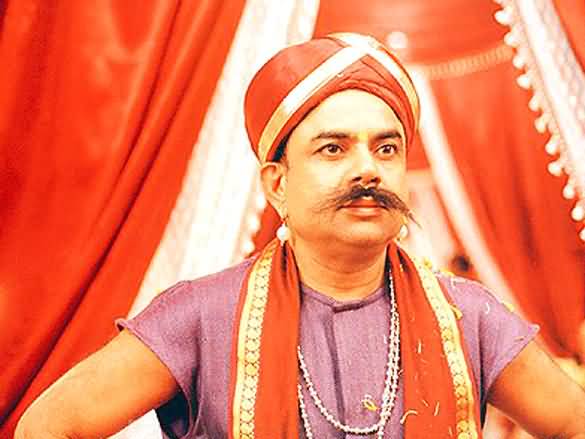 Paresh Rawal (born 30 May 1950) is an Indian film actor, the spian and politician known for his works notably in Bollywood and Telugu cinema. He is currently a member of the Lok Sabha of the Indian Parliament belonging to the Bharatiya Janata Party (BJP). In 1994, he won the National Film Award for Best Supporting Actor for his performances in the films Woh Chokri and Sir. For the latter, he also received his first Filmfare Award for Best Comedian. This was followed by Ketan Mehta’s Sardar, which saw him playing the lead role of freedom fighter Vallabhbhai Patel, a role that got him national and international acclaim. 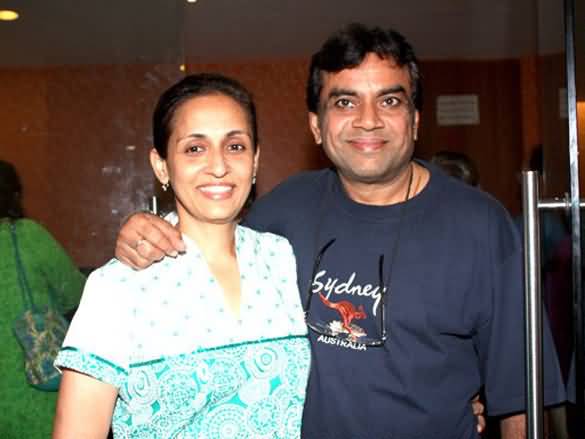 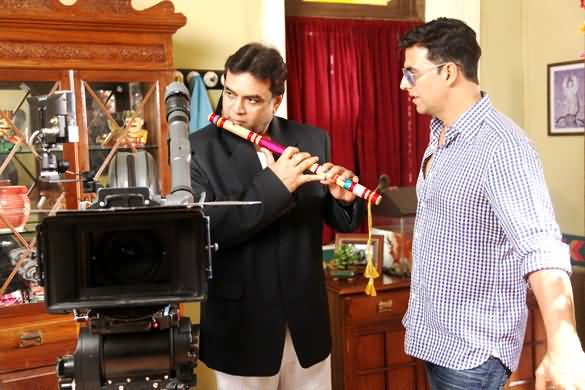 Lakshmikant Berde (3 November 1954 – 16 December 2004) was an Indian actor who appeared in Marathi and Hindi movies. Known for his highly energetic slapstick performances, he has been described as one of the best comedian stars in Marathi movies. Lakshmikant was interested in acting. His participation in stage dramas during the cultural activities for Ganesh festival celebrations performed at Konkanasth Vaishya Samaj, Girgaum got him interested in acting. He won awards for participation in inter-school and inter-college drama competitions. Following this, Berde started his acting career with the Mumbai Marathi Sahitya Sangh. In 1983-84, he acquired his first major role in Purushottam Berde’s Marathi stage play Tour Tour which became a hit and Berde’s style of comedy was appreciated.

Berde died in 2004. In the last years of his life, Berde floated his own production house, Abhinay Arts, named after his son. Very few know that Laxmikant Berde was very good Ventriloquist and Guitar player. Lakshmikant Berde died in Mumbai on 16 December 2004 due to a kidney ailment. The who’s who of Marathi film industry gathered to bid a tearful farewell to this fine actor. Mahesh Kothare, Ashok Saraf and Sachin Pilgaonkar were amongst those who were inconsolable. 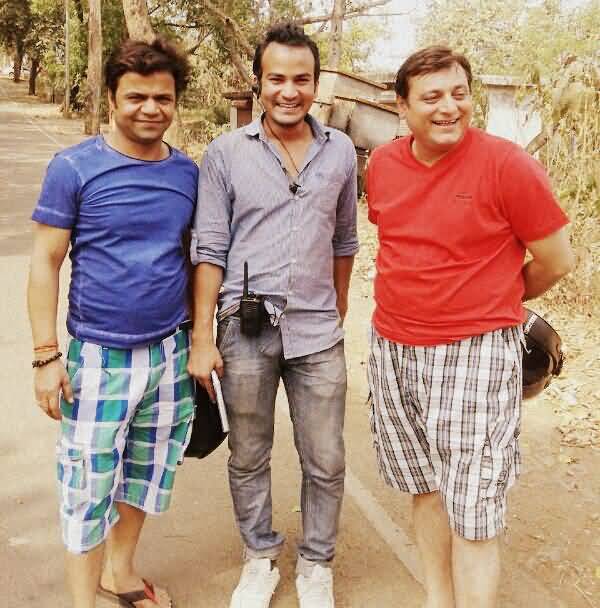 Rajpal Yadav is an Indian film actor, comedian, known for his comic roles in Hindi cinema. He was born in a small town Kundra, located in Shahjahanpur district. Rajpal Yadav was born and brought up in Shahjahanpur, near Lucknow capital of Uttar Pradesh, where he received his primary education. He was associated with Shahjahanpur theatre and performed in lots of plays before going to Lucknow for theatre training in the Bhartendu Natya Academy during 1992–94. After completing two years course there, he went to the National School of Drama during 1994–97 in Delhi.

Thereafter, he moved to Mumbai in 1997 to pursue his career in the Indian Film Industry. For the film Jungle he won Sansui Screen Best actor award in a Negative Role along with a nomination for the Screen Best Actor award. He received the Yash Bharati Award for the film Main Madhuri Dixit Banna Chahti Hoon. Yadav was also awarded by the Janpad Ratna Award. He will be seen with his Telugu debut in 2015 with Kick 2 and he will be also seen playing the main transgendered antagonist part in controversial Film maker Faisal Saif’s multilingual film Amma. 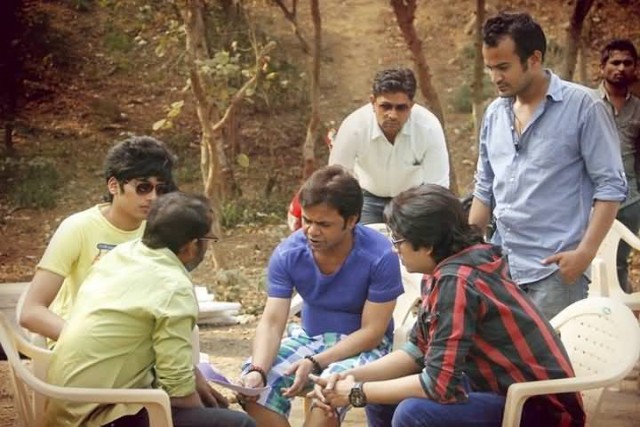 Raju Srivastava (born on 25 December 1963), often credited as Gajodhar is an Indian comedian. His father Ramesh Chandra Srivastava, known as Balai Kaka, was a poet from Kanpur. Srivastava pursued the dream of becoming a comedian since childhood. In his school time, he used to imitate his teachers. He landed in Mumbai where he did small roles in a number of movies. Srivastav has done stage shows in India and abroad. He also launched a series of his audio cassettes and video CDs.

He appeared on the comedy talent show The Great Indian Laughter Challenge. He finished as second runner-up and then took part in the spin-off, The Great Indian Laughter Challenge – Champions, in which he won the title of “The King of Comedy”. Srivastava was a participant on season 3 of Bigg Boss. He has participated in the comedy show Comedy Ka Maha Muqabla. Uttar Pradesh Chief Minister Akhilesh Yadav’s Samajwadi Party fielded Srivastava from Kanpur in the 2014 Lok Sabha election. But on 11 March 2014, Srivastava returned the ticket, saying he was not getting enough support from the local units of the party. After that he joined Bhartiya Janta Party on 19 March 2014. 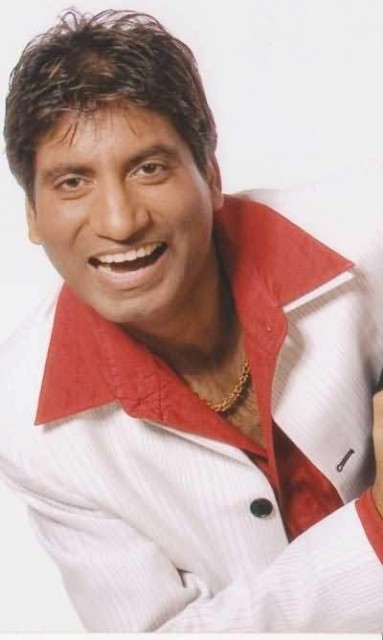 Navin Prabhakar is an Indian stand-up comedian, singer, actor and a mimicry artist. He is most known for his Pehchan Kaun (Mumbai bar girl) act on The Great Indian Laughter Challenge (2005), Subsequently he also hosted a mimicry and stand-up show Hello Kaun? Pehchaan Kaun (2008-2009). Navin, a commerce graduate from Mumbai University, began his career as a singer, then actor, then began experimenting with making people laugh. After getting good response in comedy deliveries, Navin decided to test himself at a national platform through the famous comedy show “The Great Indian Laughter Challenge” in 2005. After this, he kept working on new ventures as a singer, actor, host, stand-up and mimicry artist. 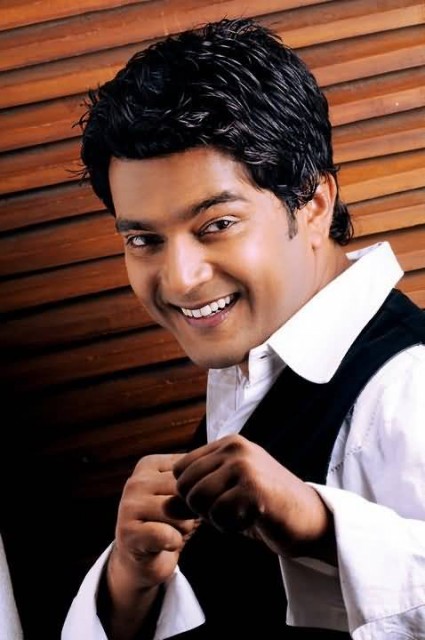 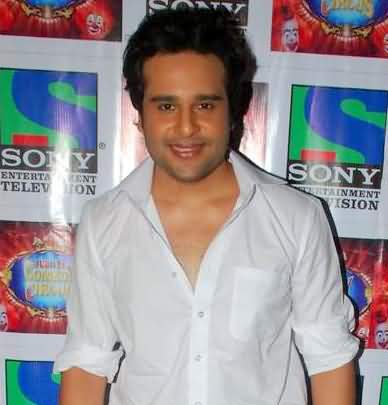 Krushna Abhishek (born 30 May 1983) is an Indian film actor and a comedian. He got appreciation for his work in movie Bol Bachchan He is also a dancer in numerous dance reality shows, including, Nach Baliye (Season 3) (2007),Its Entertainment(2014) and Jhalak Dikhhla Jaa (Season 4) (2010). As a stand up comedian, he made name after he participated in successive Comedy Circus seasons, Comedy Circus 2 (2008) and was a wild card entry in Comedy Circus 3 (2009) with Sudesh Lehri, apart from Comedy Circus Ka Jadoo (2010) and Jubilee Comedy Circus (2011).

Krishna is the nephew of Bollywood actor Govinda and cousin of Ragini Khanna, Amit Khanna and Soumya Seth. He made his film debut with Yeh Kaisi Mohabbat Hai (2002), and went to act in films like Hum Tum Aur mother in 2005, Jahan Jaaeyega Hamen Paaeyega (2007), and Aur Pappu Pass Ho Gaya in the same year. Later he shifted to Bhojpuri films. He played the lead in the TV series, Sautela (Doordarshan) in 2007. As a celebrity couple he and Kashmira Shah took part in reality show Love Lock Up on UTV Bindass in February 2011, in which actress Priyanka Chopra played the role of peace maker. 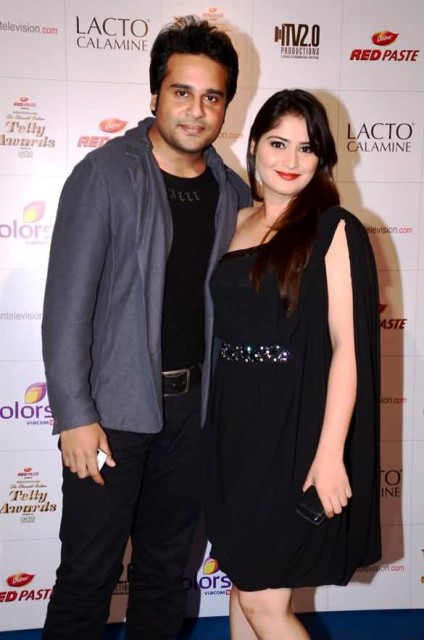 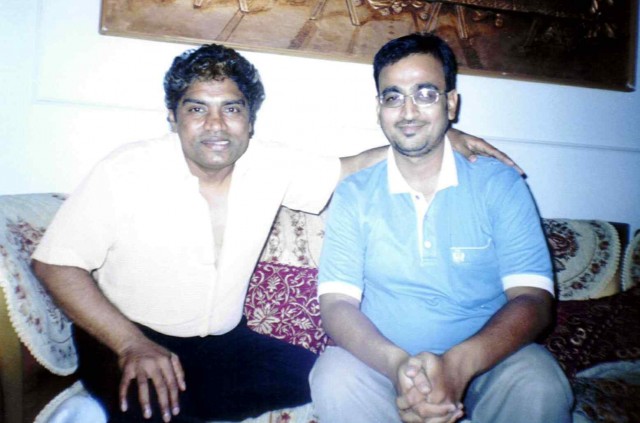 John Prakasa Rao Janumala (Born 14 August 1957, in Kanigiri, Prakasam district), better known as Johnny Lever, is an Indian film actor and one of the most noted comedians in Hindi cinema. Lever has received thirteen Filmfare Awards nominations in Filmfare Award for Best Performance in a Comic Role, and has won the award twice, for his works in Deewana Mastana (1997), and Dulhe Raja (1998). He began his career in 1984, and has acted in more than three hundred Bollywood films.

Johnny studied in Andhra education society English high school till the seventh grade but couldn’t study further because of financial problems in his family, after which he decided to leave school and started working different kinds of odd jobs, such as selling pens on the streets of Mumbai by imitating Bollywood stars and dancing to the songs of Bollywood stars. He also spent his early ages in Yakutpura an old city of Hyderabad from where he learnt the unique style of comedy acting. He worked six years as a labourer in HLL. During a Hindustan Lever Ltd company function, he mimicked a few senior officers, and from that day on, the workers said he was not John Rao (his real name), he was Johnny Lever. When he later joined the industry, he decided to keep the name. 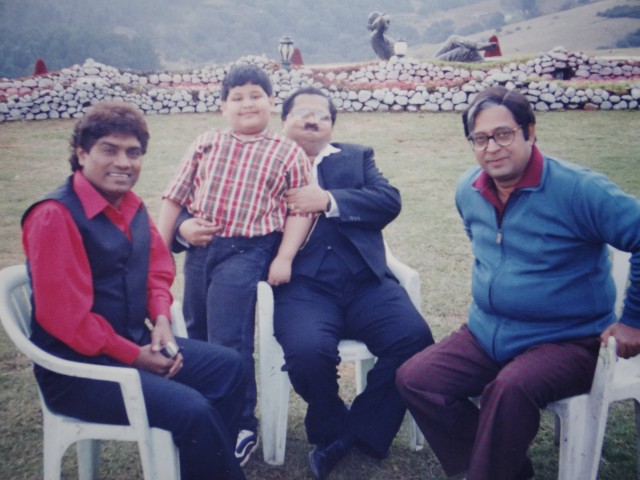