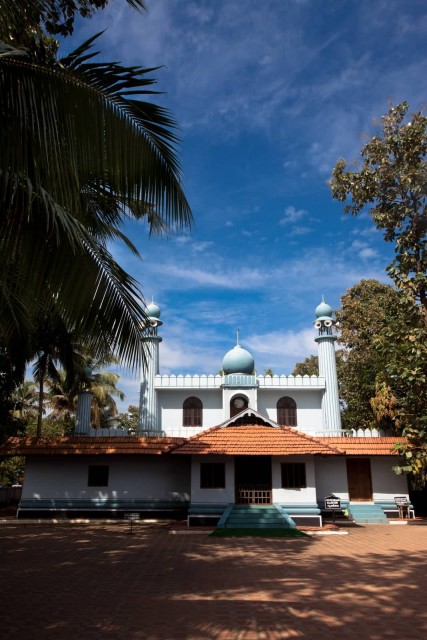 The Cheraman Jum’ah Masjid is a mosque in Methala, Kodungallur Taluk, Thrissur district in the Indian state of Kerala. The Cheraman Masjid is the very first mosque in India, built in 629 AD by Malik lbn Dinar, an Arab propagator of Islam and a follower and contemporary of Islamic Prophet Muhammad. It is believed that this mosque was first renovated and reconstructed in the 11th century AD. 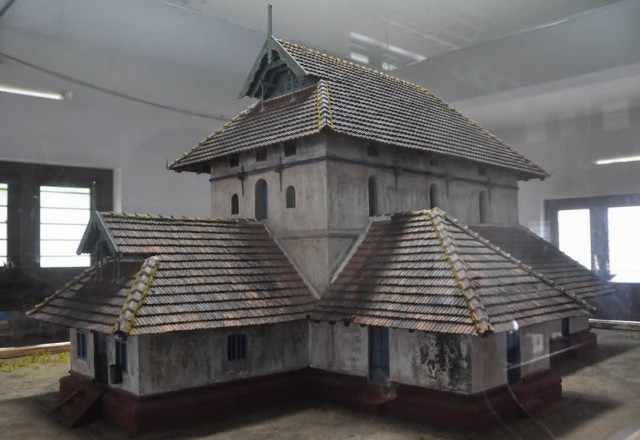 Many non-Muslims conduct initiation ceremonies to the world of letters of their children here. The mosque has an ancient oil lamp which always burns and which is believed to be more than a thousand years old. People of all religions bring oil for the lamp as offering. Like most mosques in Kerala, this mosque allows entry for Non-Muslims. The then president of India Abdul Kalam is among the notable visitors to this mosque. 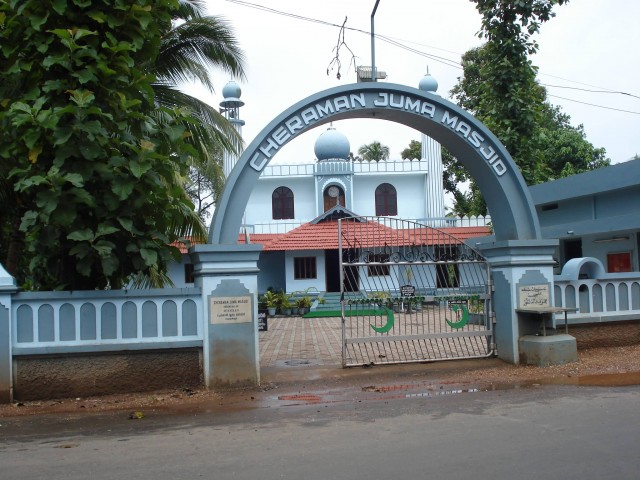 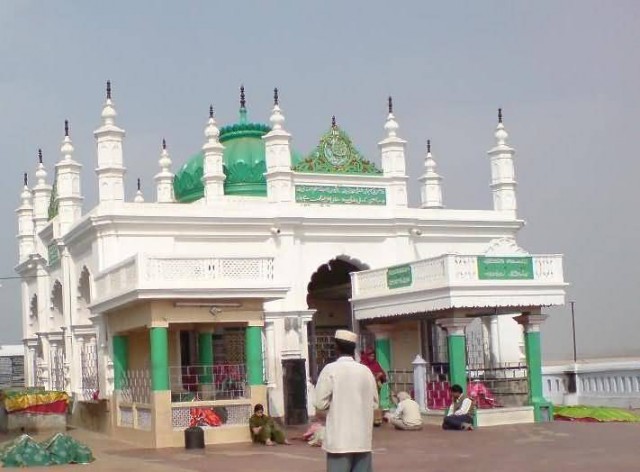 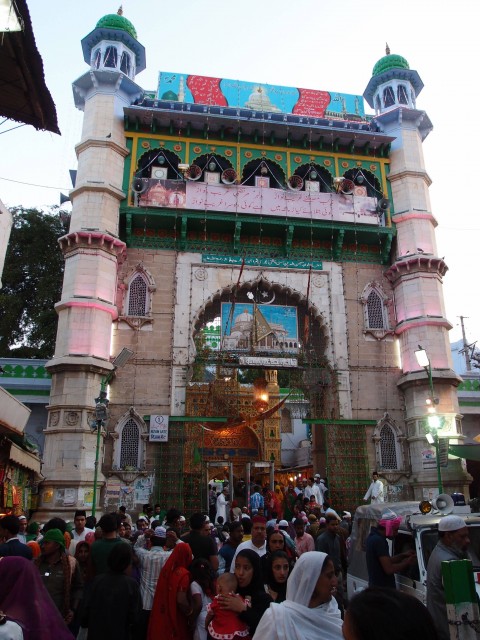 In turn it is followed by the Buland Darwaza, built by Sultan Mahmood Khilji, upon which is hoisted the urs flag, marking the beginning of the death anniversary rituals. The urs for Moinuddin Chishti is celebrated every year on the 6th and 7th of Rajab. The main attraction of the Urs are the kalanders from Mehrauli, called the friends of Gharib Nawaz, walk to Ajmer all the way from Delhi every year. They offer colourful chadders with gold and silver threads. 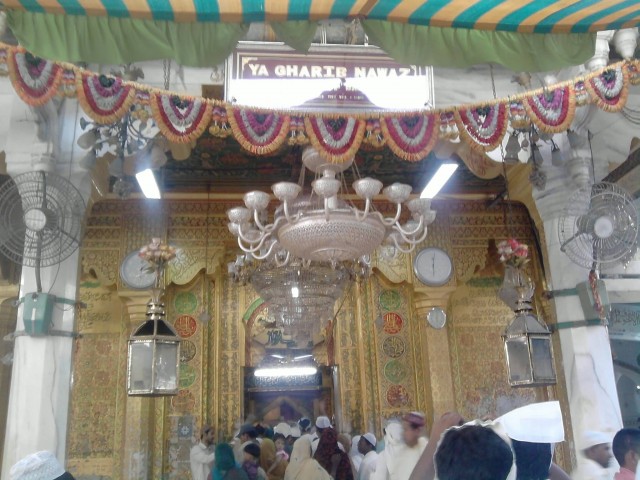 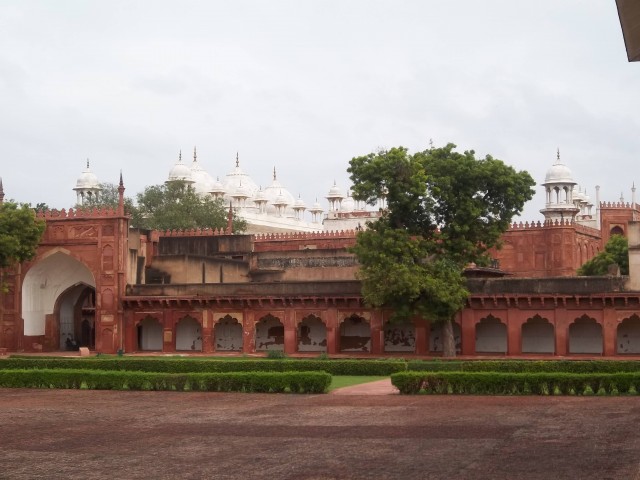 The Moti Masjid in Agra was built by Shah Jahan. During the rule of Shah Jahan the Mughal emperor, numerous architectural wonders were built. Most famous of them being the Taj Mahal. Moti Masjid earned the epithet Pearl Mosque for it shined like a pearl. It is held that this mosque was constructed by Shah Jahan for his members of royal court. This masjid was constructed at a cost of 1 lakh and 60 thousand rupees and took four years to build. According to Sant Nihal Singh, “It struggles of the soul to soar above worldly entanglements.” 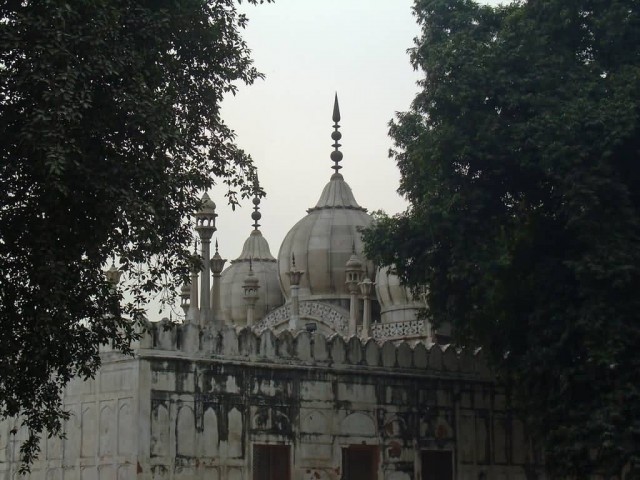 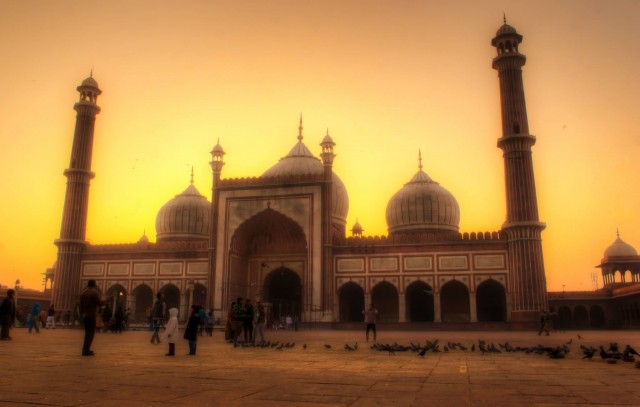 The Masjid-i Jahān-Numā commonly known as the Jama Masjid of Delhi, is the largest mosque in India. It was built by Mughal emperor Shah Jahan between 1644 and 1656 at a cost of 1 million rupees and was inaugurated by an imam from Bukhara, present-day Uzbekistan.

The mosque was completed in 1656 AD with three great gates, four towers and two 40 m high minarets constructed of strips of red sandstone and white marble. The courtyard can accommodate more than 25,000 persons. There are three domes on the terrace which are surrounded by the two minarets. 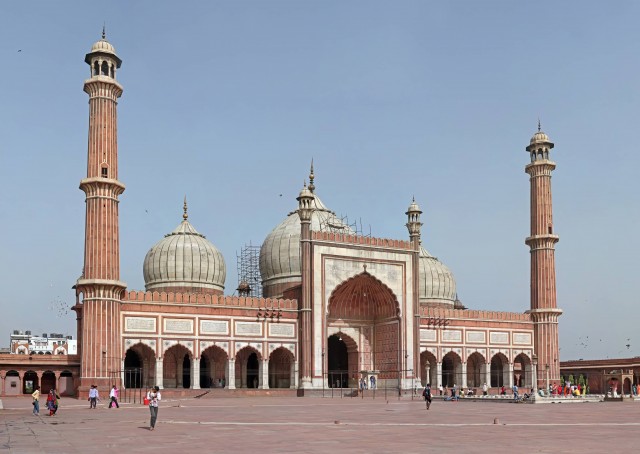 On the floor, a total of 899 black borders are marked for worshippers. The architectural plan is similar to that of Badshahi Masjid, built by Shah Jahan’s son Aurangzeb at Lahore, Pakistan. The mosque has been the site of two attacks, one in 2006 and another in 2010. During the first, two explosions occurred in the mosque, injuring thirteen people. In the second, two Taiwanese students were injured as two gunmen opened fire upon them. 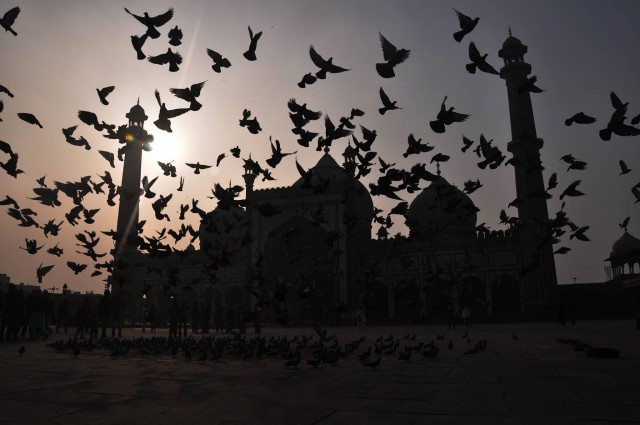 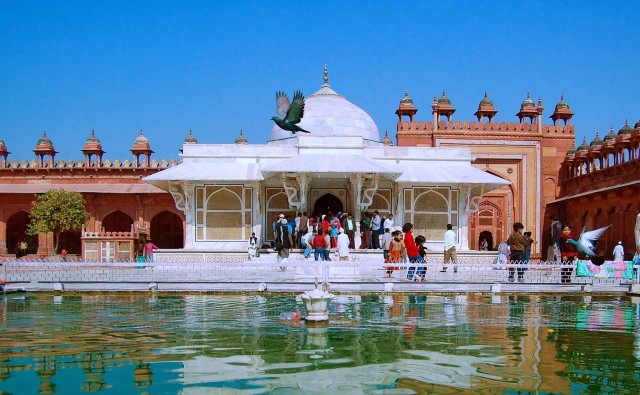 The Tomb of Sheikh Salim Chishti is famed as one of the finest examples of Mughal architecture in India, built during the years 1580 and 1581, along with the imperial complex at Situated near Zenana Rauza and facing south towards Buland Darwaza, within the quadrangle of the Jama Masjid which measures 350 ft. by 440 ft. 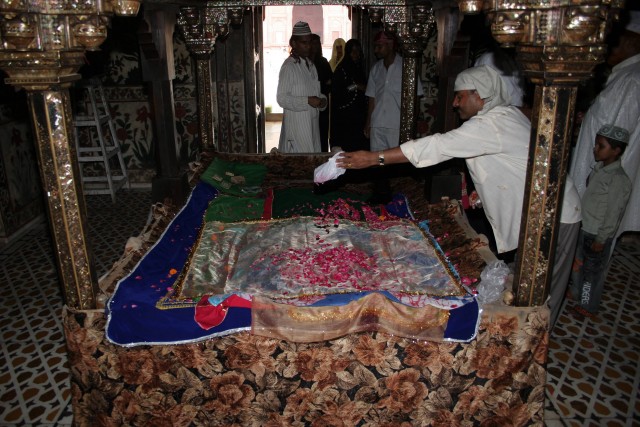 It enshrines the burial place of the Sufi saint, Salim Chisti a descendant of Khwaja Moinuddin Chishti of Ajmer and lived in a cavern on the ridge at Sikri. The mausoleum, constructed by Akbar as a mark of his respect for the Sufi saint, who foretold the birth of his son, who was named Prince Salim after him and later succeeded Akbar to the throne of the Mughal Empire, as Jahangir. Devotees ask for the blessings of the saint and seek fulfillment of their wishes. It is believed that tying a thread on the marble screens of the main tomb building serves as a constant reminder to the saint of their wishes. 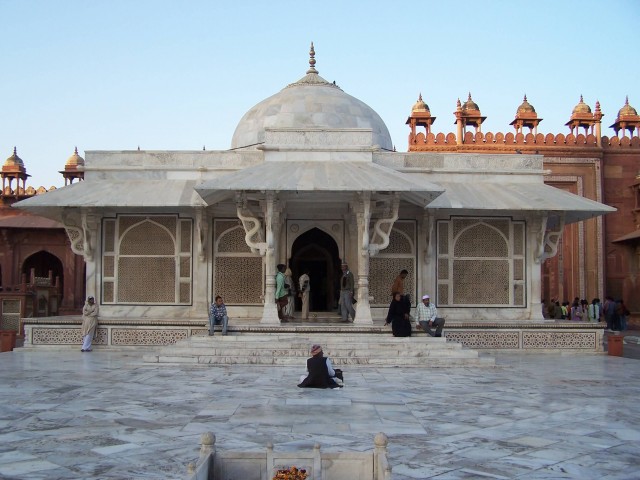