The Greatest Kings And Warriors Of Indian History 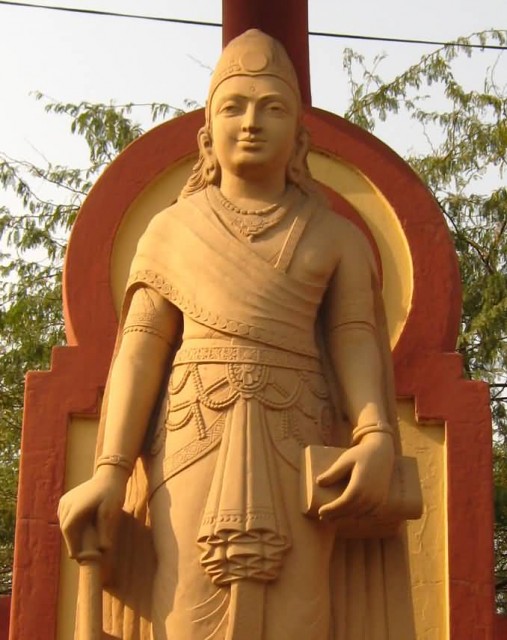 Chandragupta Maurya  (340 BC – 298 BC) was the founder of the Maurya Empire and the first emperor to unify most of Greater India into one state. He ruled from 322 BC until his voluntary retirement and abdication in favour of his son Bindusara in 298 BC. Chandragupta’s reign was a time of great social and religious reform in India. Buddhism and Jainism became increasingly prominent.

He became well known in the Hellenistic world for conquering Alexander the Great’s easternmost satrapies and for defeating the most powerful of Alexander’s successors, Seleucus I Nicator, in battle. Chandragupta became Jain by faith after renouncing the throne.

In the last years of his reign he took Jaineshwari Diksha from Shrutakevali Bhadrabahu to be a Muni. So he abdicated his throne and with the sangha he went to spend his last days at Shravanabelagola, a famous religious site in south India, where he fasted to death.

Chandragupta Maurya is one of the most celebrated rulers in the history of India and is also known as Samrat Chakravartin. He played a crucial role in shaping the national identity of modern Indi and has been lionised as a model ruler and as a national hero. 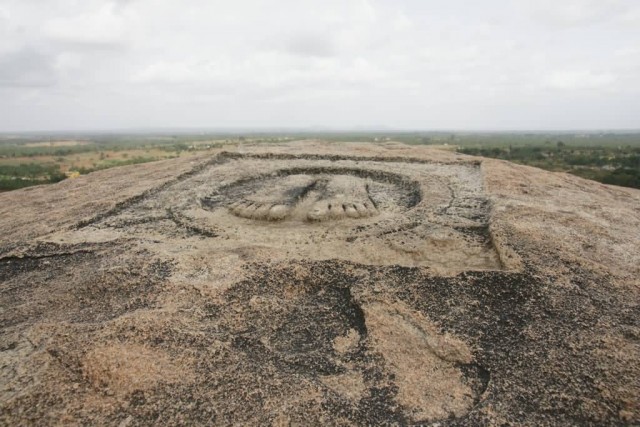 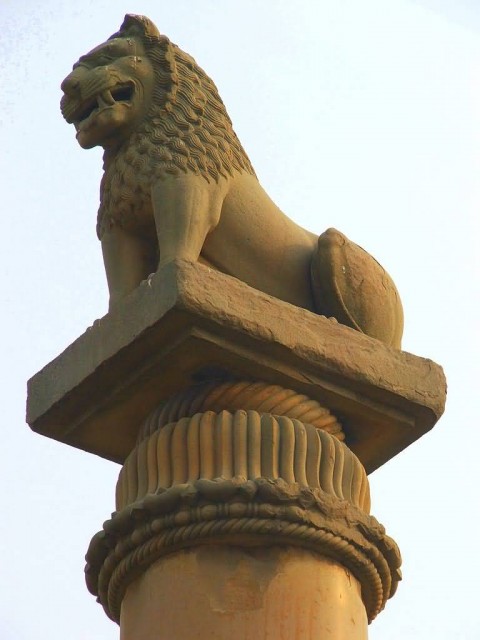 Ashoka Maurya, commonly known as Ashoka and also as Ashoka the Great, was an Indian emperor of the Maurya Dynasty who ruled almost all of the Indian subcontinent from circa 269 BCE to 232 BCE. One of India’s greatest emperors, Ashoka reigned over a realm that stretched from the Hindu Kush mountains in the west to Bengal in the East and covered the entire Indian subcontinent except parts of present day Tamil Nadu and Kerala. Ashoka is referred to as Samraat Chakravartin Ashoka-the “Emperor of Emperors Ashoka. ” His name “Aśoka” means “painless, without sorrow” in Sanskrit. Main article.

The pillars of Ashoka are a series of columns dispersed throughout the northern Indian subcontinent and erected by Ashoka during his reign in the 3rd century BCE. The first Pillar of Ashoka was found in the 16th century by Thomas Coryat in the ruins of ancient Delhi. The Ashoka Chakra (the wheel of Ashoka) is a depiction of the Dharmachakra or Dhammachakka in Pali, the Wheel of Dharma. The wheel has 24 spokes which represent the 12 Laws of Dependent Origination and the 12 Laws of Dependent Termination.

The Lion capital of Ashoka is a sculpture of four lions standing back to back. It was originally placed atop the Ashoka pillar at Sarnath, now in the state of Uttar Pradesh, India. The pillar, sometimes called the Ashoka Column is still in its original location, but the Lion Capital is now in the Sarnath Museum. The emblem of the modern Republic of India is an adaptation of the Lion Capital of Ashoka. 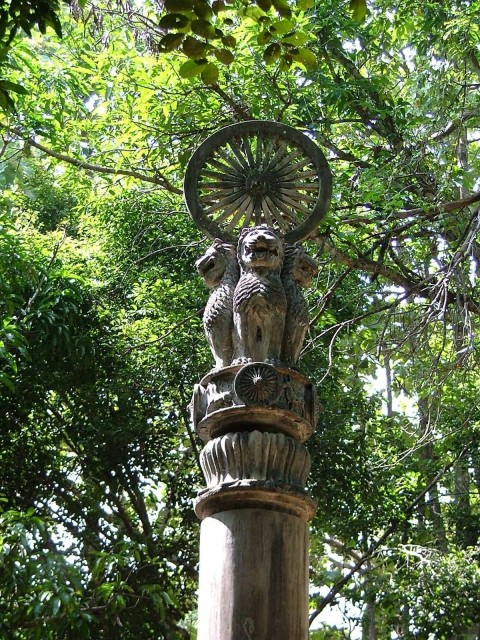 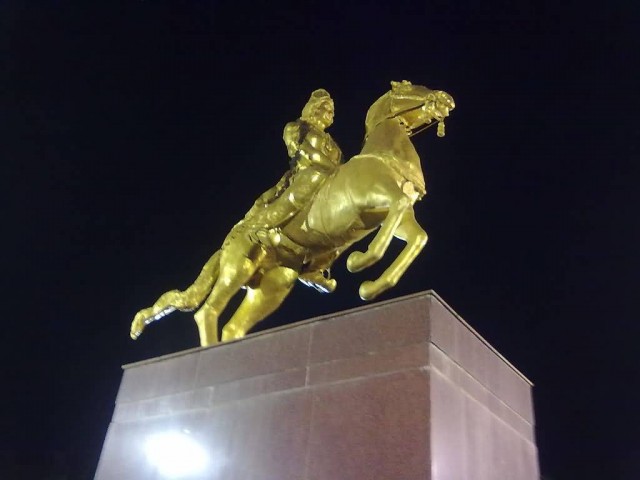 Raja Raja Chozhan I, born Arulmozhi Thevar, popularly known as Raja Raja the Great, is one of the greatest Emperors of India, who ruled between 985 and 1014 CE. He was a great patron of Tamil literature as during his reign the texts of the famous Tamil poets Appar, Sambandar and Sundarar were collected and edited into one compilation called Thirumurai. He initiated a massive project of land survey and assessment in 1000 CE which strengthened the Imperial administration and which led to the reorganization of the Empire into units known as valanadus.

He built the famous Brihadeeswarar Temple which is one of the largest and tallest temples in India. It was during his reign that the Chola Dynasty started to emerge as a great Empire. He fought many battles with the Western Chalukya Empire to the north and the Pandyan Dynasty to the south. By conquering Vengi, Rajaraja laid the foundation for the Later Chola dynasty. He launched several naval campaigns that resulted in the capture of Sri Lanka, Maldives and the Malabar Coast. 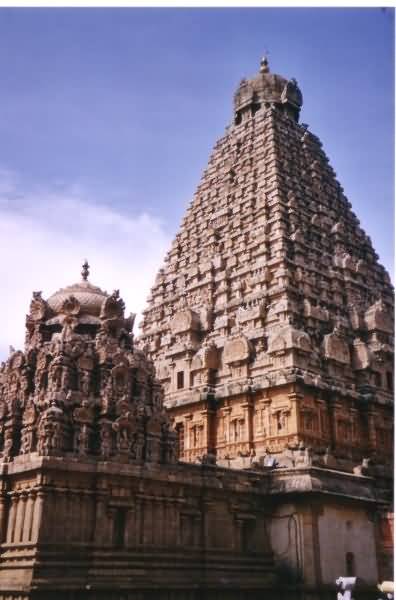 Abu’l-Fath Jalal ud-din Muhammad Akbar, known popularly as Akbar, also known as Akbar the Great or Akbar I, was Mughal Emperor from 1556 until his death. He was the third and one of the greatest rulers of the Mughal Dynasty in India. Akbar himself was a patron of art and culture.He was fond of literature and created a library of over 24,000 volumes written in Sanskrit, Hindustani, Persian, Greek, Latin, Arabic and Kashmiri, staffed by many scholars, translators, artists, calligraphers, scribes, bookbinders and readers.

Akbar’s reign significantly influenced the course of Indian history. During his rule, the Mughal empire tripled in size and wealth. He created a powerful military system and instituted effective political and social reforms. By abolishing the sectarian tax on non-Muslims and appointing them to high civil and military posts, he was the first Mughal ruler to win the trust and loyalty of the native subjects. He had Sanskrit literature translated, participated in native festivals, realizing that a stable empire depended on the co-operation and good-will of his subjects. Thus, the foundations for a multicultural empire under Mughal rule was laid during his reign. Akbar was succeeded as emperor by his son, Jahangir. 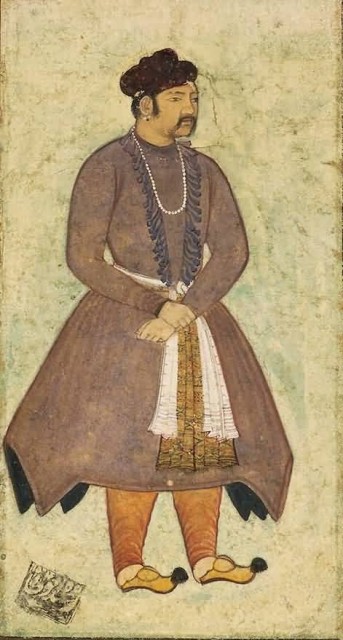 Krishnadevaraya  was an emperor of the Vijayanagara Empire who reigned from 1509-1529. He is the third ruler of the Tuluva Dynasty. He was the most powerful of all the Hindu rulers of India. Indeed, when the Mughal Babur was taking stock of the potentates of north India, Krishnadevaraya was rated the most powerful and had the most extensive empire in the subcontinent. The rule of Krishna Deva Raya marks a period of much military success in Vijayanagara history.

The king was of medium height, had a cheerful disposition and was reputed to be respectful to foreign visitors, ruthless in maintaining the law, and prone to fits of anger. He maintained himself to a high level of physical fitness through daily exercises. Travelogues indicate that the king was not only an able administrator, but also an excellent general, leading from the front in battle and even attending to the wounded. The Telugu poet Mukku Timmana nandi Thimmana appraised him as the destroyer of the Turks. 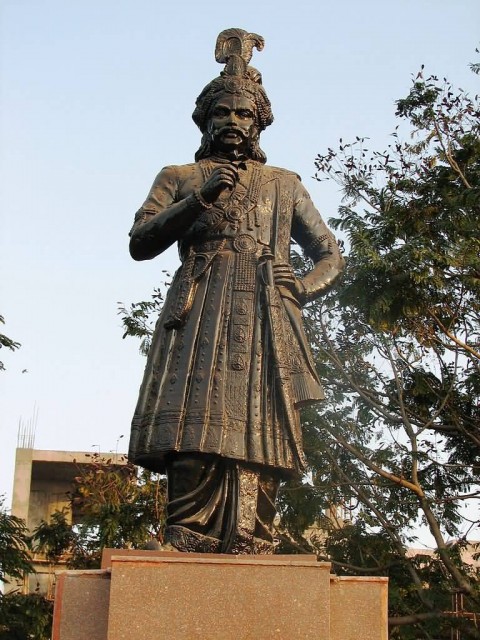 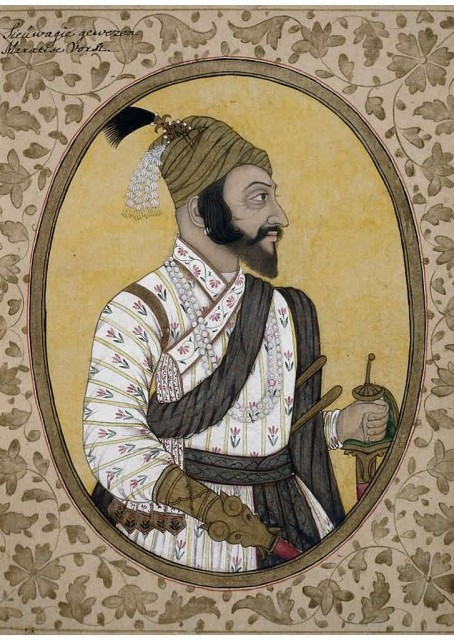 Shivaji Bhonsle also known as Chhatrapati Shivaji Maharaj, was an Indian warrior king and a member of the Bhonsle Maratha clan. Shivaji carved out an enclave from the declining Adilshahi sultanate of Bijapur that formed the genesis of the Maratha Empire. In 1674, he was formally crowned as the Chhatrapati ( Monarch) of his realm at Raigad. In the ensuing Battle of Pratapgarh fought on 10 November 1659, Shivaji’s forces decisively defeated the Bijapur Sultanate’s forces.

Shivaji was crowned king of the Marathas in a lavish ceremony at Raigad on 6 June 1674. In the Hindu calendar it was on the 13th day (trayodashi) of the first fortnight of the month of Jyeshtha in the year 1596. From a small contingent of 2,000 soldiers inherited from his father, Shivaji created a force of 100,000 soldiers.

He built and restored strategically located forts both inland and coastal to safeguard his territory. He revived ancient Hindu political traditions and court conventions and promoted the usage of Marathi and Sanskrit, rather than Persian, in court and administration. Particularly in Maharashtra, debates over his history and role have engendered great passion and sometimes even violence as disparate groups have sought to characterise him and his legacy. 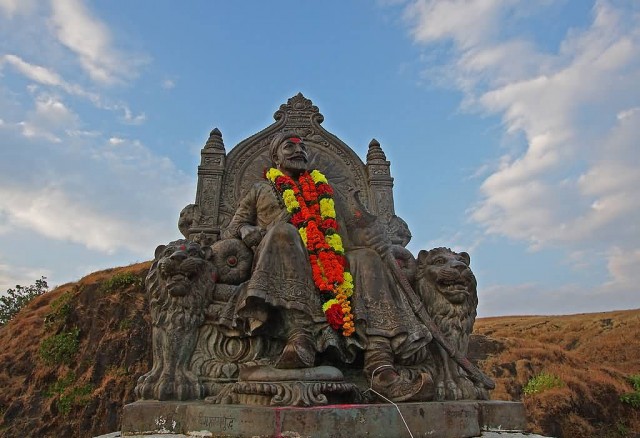 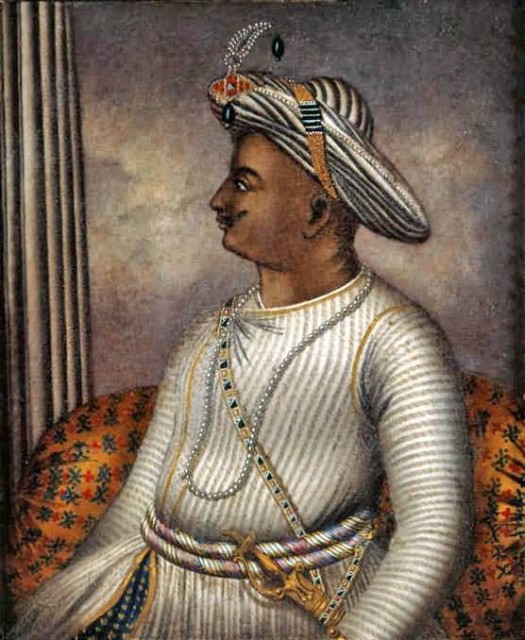 Tipu Sultan (20 November 1750-4 May 1799), also known as the Tiger of Mysore and Tipu Sahib, was a ruler of the Kingdom of Mysore, scholar and poet, recognized as one of the greatest South Asian rulers of all time. Tipu introduced a number of administrative innovations during his rule, including his coinage, a new Mauludi lunisolar calendar and a new land revenue system which initiated the growth of Mysore silk industry.

Tipu expanded the iron-cased Mysorean rockets and wrote the military manual Fathul Mujahidin, considered a pioneer in the use of rocket artillery. Tipu succeeded to a large kingdom bordered by the Krishna River in the north, the Eastern Ghats in the east and the Arabian Sea in the west. He won important victories against the British in the Second Anglo-Mysore War. He is regarded a hero in Pakistan as well and the PNS Tippu Sultan ships of the Pakistan Navy are named after him. 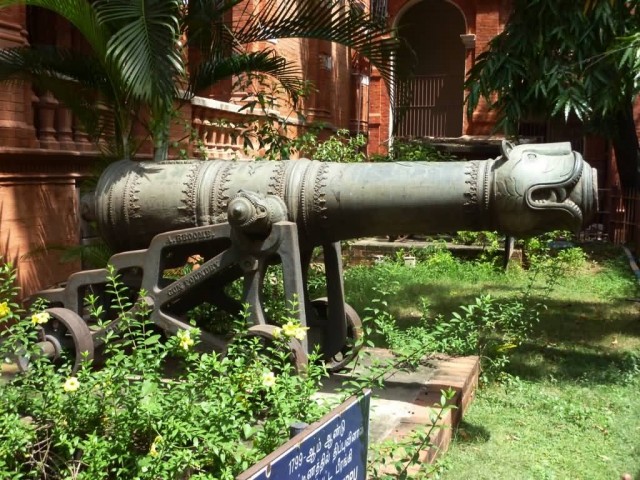