List Of Few Spices That Commonly Used In Indian Dishes 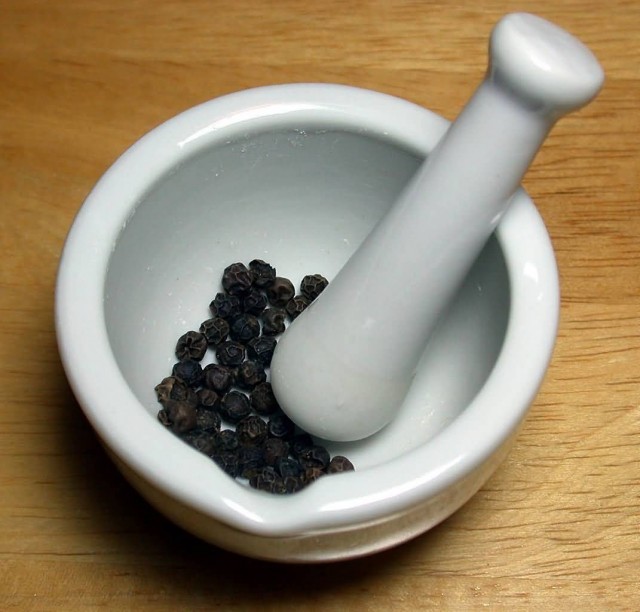 Black pepper is usually dried and used as a spice and seasoning. Black pepper is native to south India and is extensively cultivated there and elsewhere in tropical regions. Currently Vietnam is the world’s largest producer and exporter of pepper. Dried ground pepper has been used since antiquity for both its flavour and as a traditional medicine. 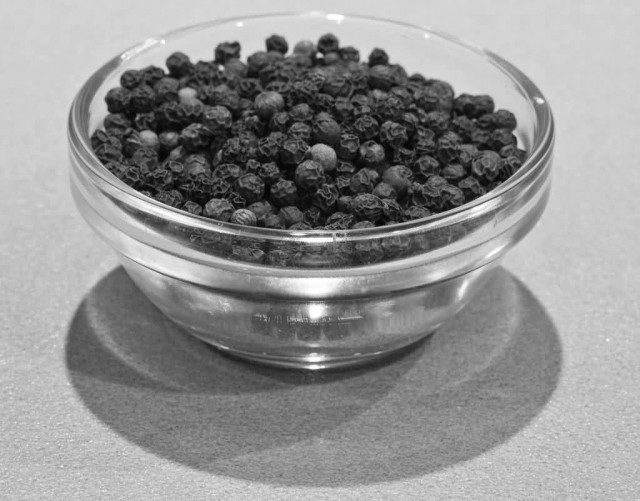 Black pepper is the world’s most traded spice. It is one of the most common spices added to European cuisine. Pepper spirit is used in many medicinal and beauty products. Pepper oil is also used as an ayurvedic massage oil and used in certain beauty and herbal treatments. Black pepper contains between 4.6% and 9.7% piperine by mass and white pepper slightly more than that. 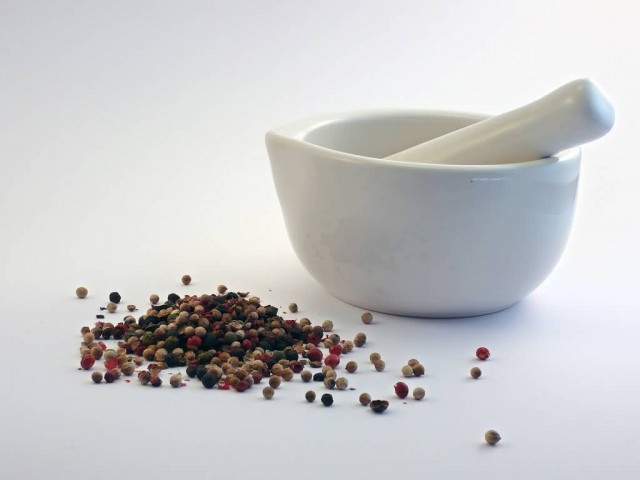 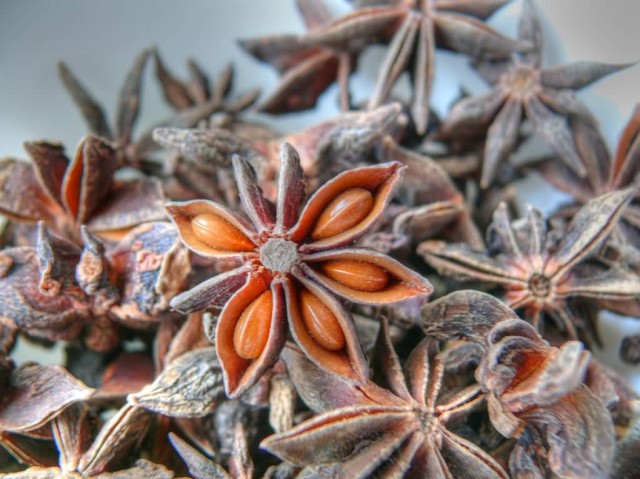 Star anise is a spice that closely resembles anise in flavor and obtained from the star-shaped pericarp of Illicium verum. It is native to the evergreen tree of northeast Vietnam and southwest China. In India it is called badian or phoolchakri. The star-shaped fruits are harvested just before ripening. Star anise oil is a highly fragrant oil used in cooking, perfumery, soaps, toothpastes, mouthwashes and skin creams. 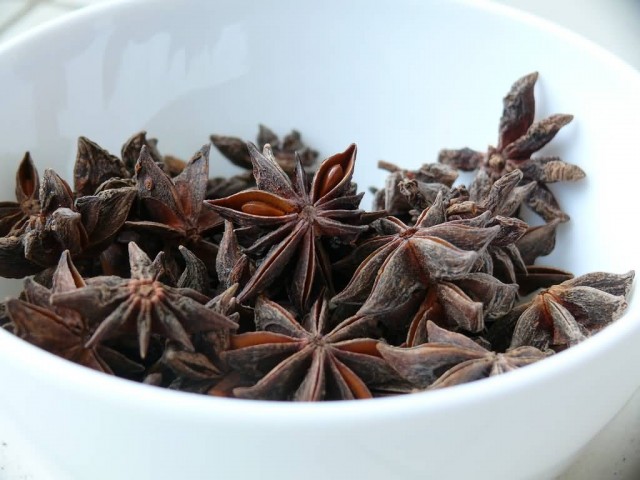 Star anise enhances the flavour of meat. It is used as a spice in preparation of biryani and masala chai all over the Indian subcontinent. It is widely used in Chinese cuisine and in Indian cuisine where it is a major component of garam masala. It is widely grown for commercial use in China, India and most other countries in Asia. Star anise is an ingredient of the traditional five-spice powder of Chinese cooking. It is also a major ingredient in the making of pho, a Vietnamese noodle soup. 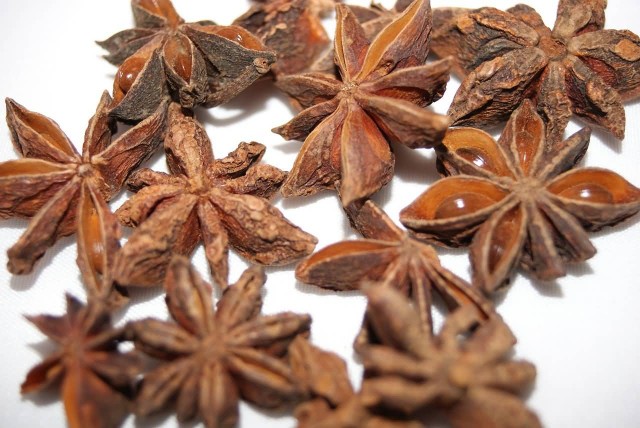 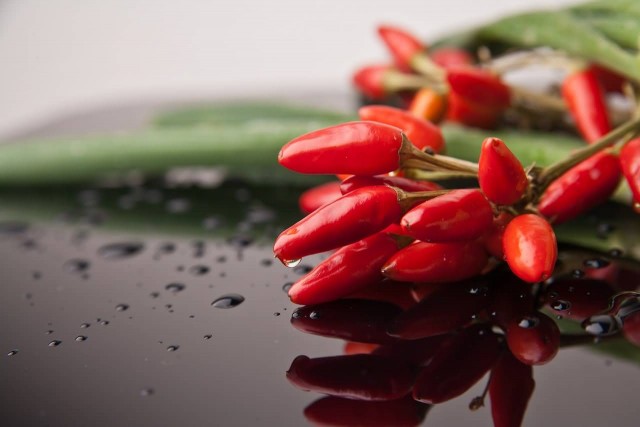 The chili pepper is the fruit. In Britain, Australia, New Zealand, South Africa, India and other Asian countries, the word “pepper” is usually omitted. Chili peppers originated in the Americas. India is the world’s largest producer, consumer and exporter of chili peppers. 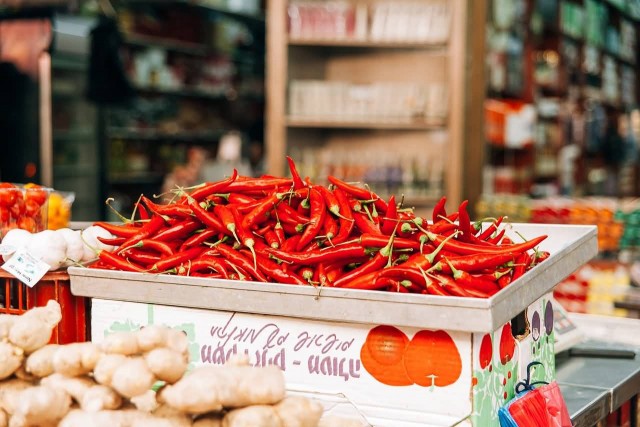 In India, most households always keep a stack of fresh hot green chilies at hand and use them to flavor most curries and dry dishes. It is typically lightly fried with oil in the initial stages of preparation of the dish. Some states in India, such as Rajasthan, make entire dishes only by using spices and chilies. Fresh or dried chilies are often used to make hot sauce, a liquid condiment usually bottled when commercially available that adds spice to other dishes. 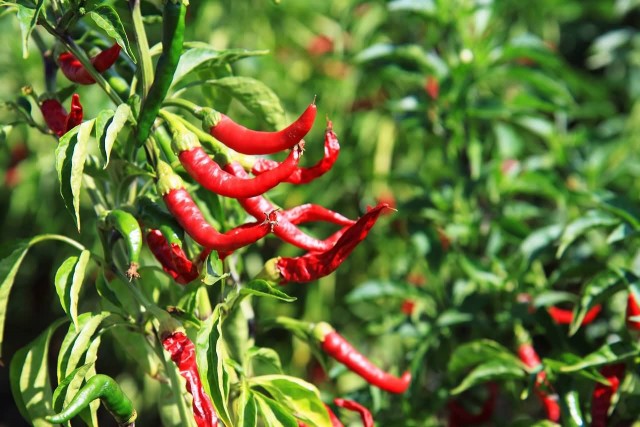 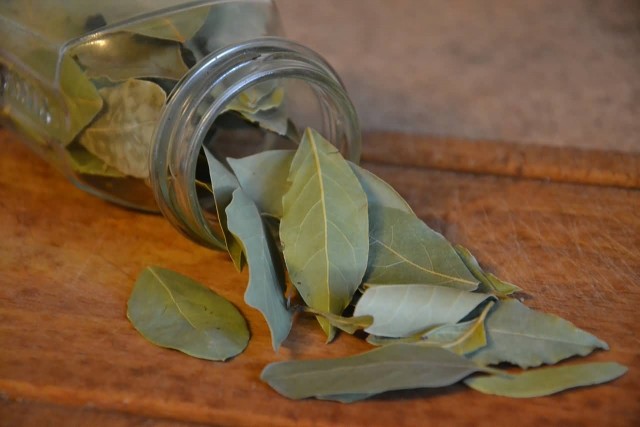 Indian bay leaf also known as tejpat, Malabar leaf, Indian bark, Indian cassia or malabathrum. It is a tree which is native to India, Nepal, Bhutan and China. It can grow up to 20 m tall. It has aromatic leaves which are used for culinary and medicinal purposes. It is thought to have been one of the major sources of the medicinal plant leaves known in classic and medieval times as malabathrum. The leaves, known as tejpatta in Hindi and tamalpatra in Marathi. 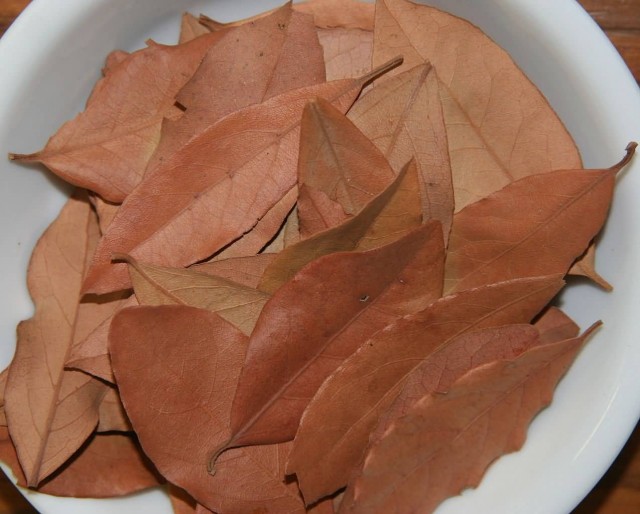 It is used extensively in the cuisines of India, Nepal and Bhutan, particularly in the Moghul cuisine of North India and Nepal and in tsheringma herbal tea in Bhutan. It is called biryani aaku or bagharakku in Telugu. They are often labeled as “Indian bay leaves” or just “bay leaf”. True tejpatta leaves impart a strong cassia or cinnamon like smell to dishes. 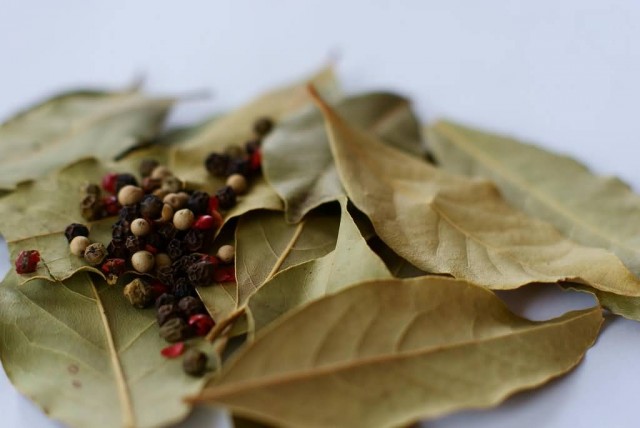 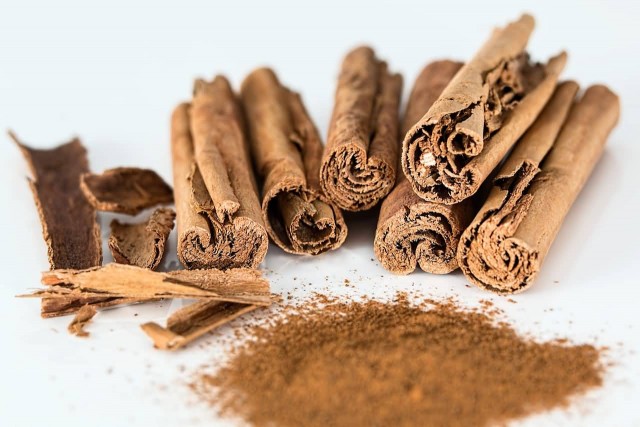 Cinnamon is a spice that is used in both sweet and savoury foods. The flavour of cinnamon is due to an aromatic essential oil that makes up 0.5 to 1% of its composition. It is of a golden-yellow colour with the characteristic odour of cinnamon and a very hot aromatic taste. Cinnamon bark is widely used as a spice.

It is principally employed in cookery as a condiment and flavouring material. Mexico is the main importer of cinnamon. It is used in the preparation of chocolate in Mexico. It is also used in many dessert recipes, such as apple pie, doughnuts and cinnamon buns as well as spicy candies, coffee, tea, hot cocoa and liqueurs. 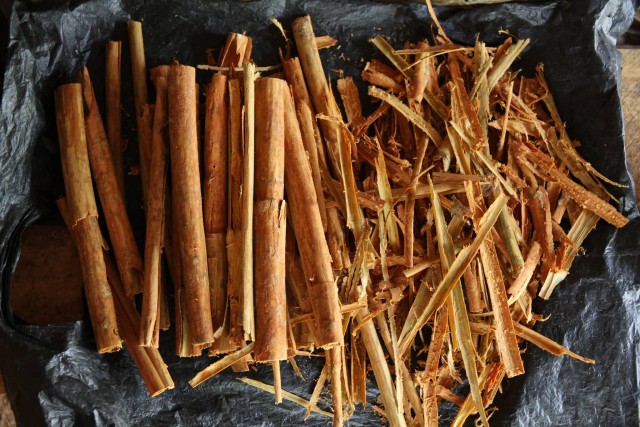 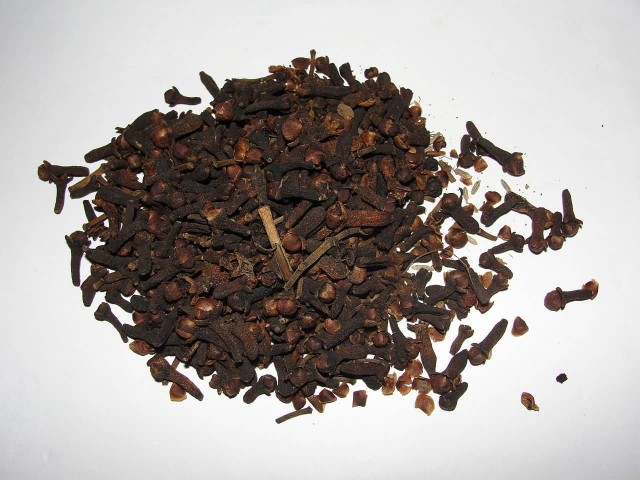 Cloves are the aromatic flower buds of a tree. They are native to the Maluku Islands in Indonesia and are commonly used as a spice. Cloves are commercially harvested primarily in Indonesia, India, Madagascar, Zanzibar, Pakistan, Sri Lanka and Tanzania. Cloves are used in the cuisine of Asian, African and the Near and Middle East, lending flavor to meats, curries and marinades.

Cloves may be used to give aromatic and flavor qualities to hot beverages, often combined with other ingredients such as lemon and sugar. They are a common element in spice blends such as pumpkin pie spice and speculoos spices. The quantity of the spice required is typically small. It pairs well with cinnamon, allspice, vanilla, red wine and basil, as well as onion, citrus peel, star anise or peppercorns. 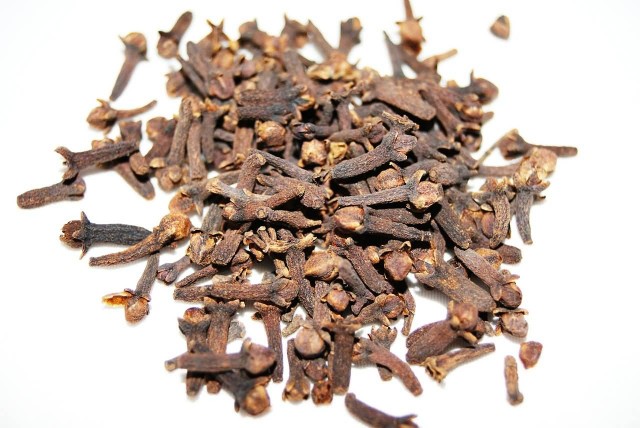 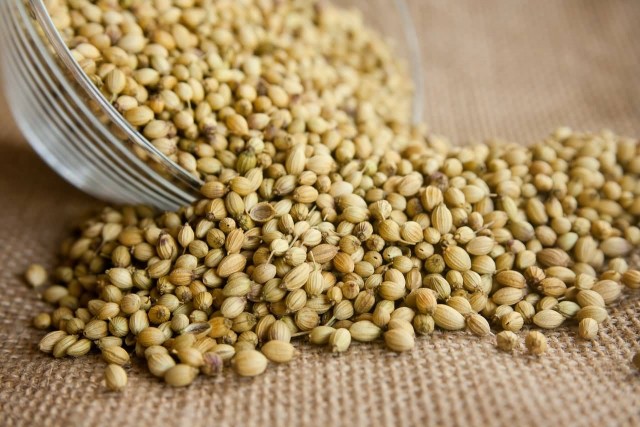 Coriander also known as cilantro, Chinese parsley or dhania. Coriander is native to regions spanning from southern Europe and northern Africa to southwestern Asia. The dry fruits are known as coriander seeds. In Indian cuisine they are called dhania. The seeds have a lemony citrus flavour when crushed. It is described as warm, nutty, spicy and orange-flavoured. They are used extensively for grinding and blending purposes in the spice trade. Roasting or heating the seeds in a dry pan heightens the flavour, aroma and pungency.

Coriander seed is a spice in garam masala and Indian curries which often employ the ground fruits in generous amounts together with cumin, acting as a thickener. Roasted coriander seeds, called dhana dal are eaten as a snack. They are the main ingredient of the two south Indian dishes: sambhar and rasam. Outside of Asia, coriander seed is used widely in the process for pickling vegetables. 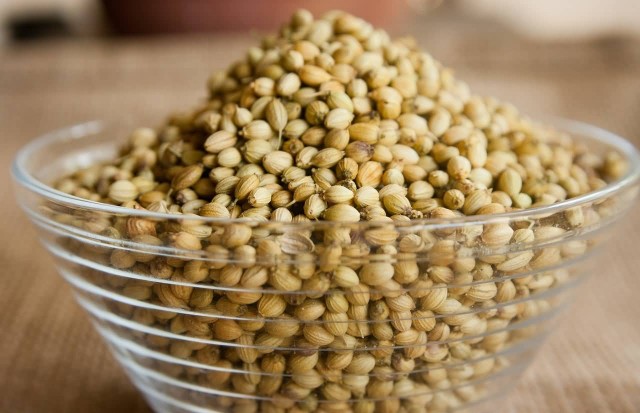 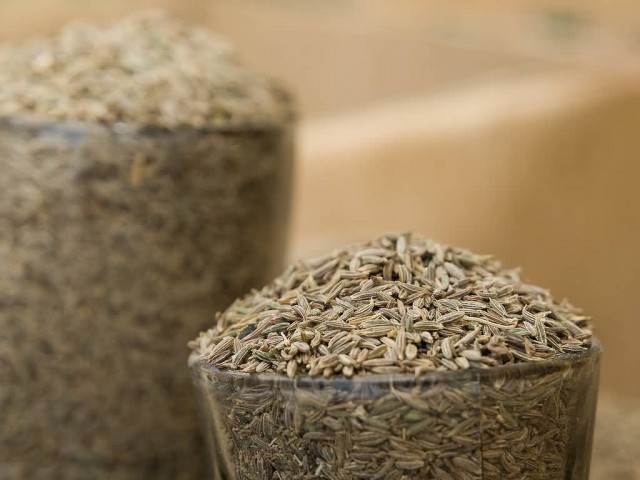 Cumin  is a flowering plant and native from the east Mediterranean to India. Its seeds are used in the cuisines of many different cultures, in both whole and ground form. In addition, it is also used as a medicinal plant, serving as a digestant as well as being used for anemia and the common cold. Cumin seeds are used as a spice for their distinctive flavour and aroma. 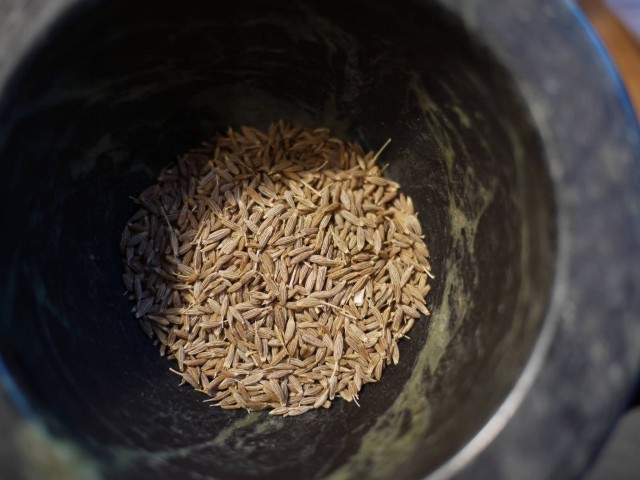 It is globally popular and an essential flavouring in many cuisines, particularly South Asian, Northern African and Latin American cuisines. It helps to add an earthy and warming feeling to food, making it a staple in certain stews and soups as well as spiced gravies such as chili. In Sanskrit, cumin is known as Jira “that which helps digestion”. In the Ayurvedic system, dried cumin seeds are used for medicinal purposes. It is used internally and sometimes for external applications also. 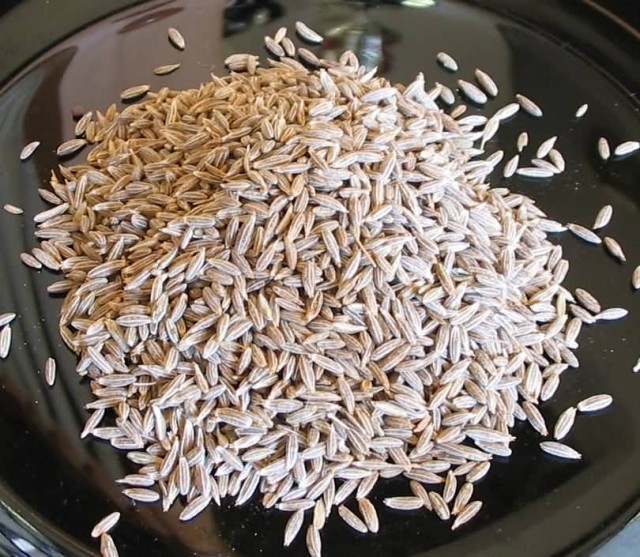 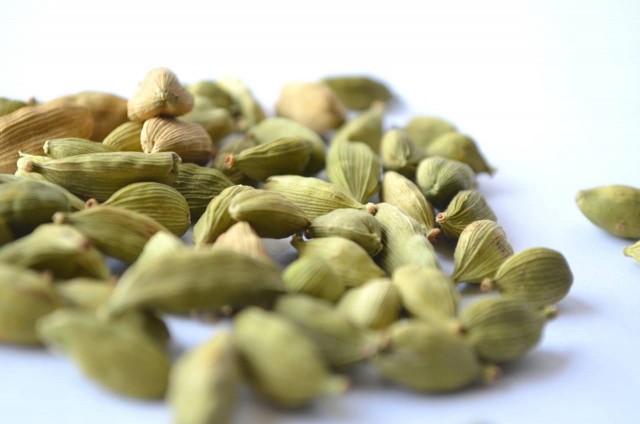 Cardamom is a spice made from the seeds of several plants in the genera Elettaria and Amomum. Both genera are native to Bangladesh, Bhutan, India, Indonesia, Nepal and Pakistan. It is the world’s third-most expensive spice, surpassed in price per weight only by saffron and vanilla. Cardamom has a strong, unique taste with an intensely aromatic, resinous fragrance.

Green cardamom is one of the most expensive spices by weight, but little is needed to impart flavor. It is best stored in pod form because once the seeds are exposed or ground, they quickly lose their flavor. It is a common ingredient in Indian cooking. Green cardamom is often used in traditional Indian sweets and in masala chai. 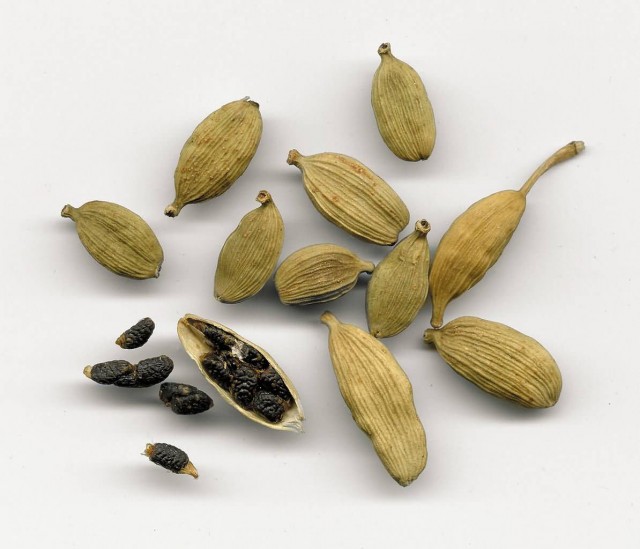 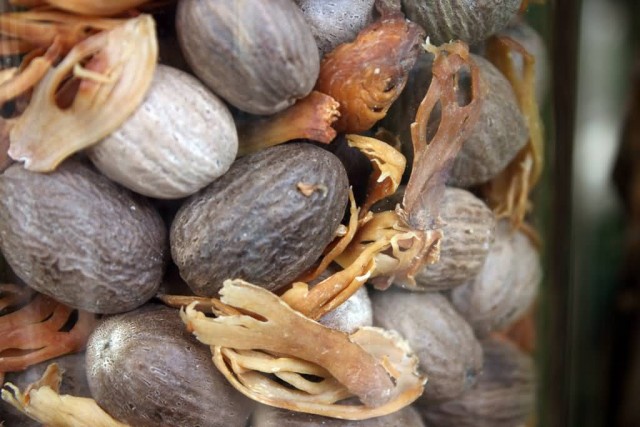 Nutmeg is one of the two spices, the other being Mace. Nutmeg is the seed of the tree, roughly egg-shaped and about 20 to 30 mm long and 15 to 18 mm wide and weighing between 5 and 10 g dried. The common or fragrant nutmeg is native to the Banda Islands in the Moluccas, Indonesia. Nutmeg and mace have similar sensory qualities with nutmeg having a slightly sweeter and mace a more delicate flavour. 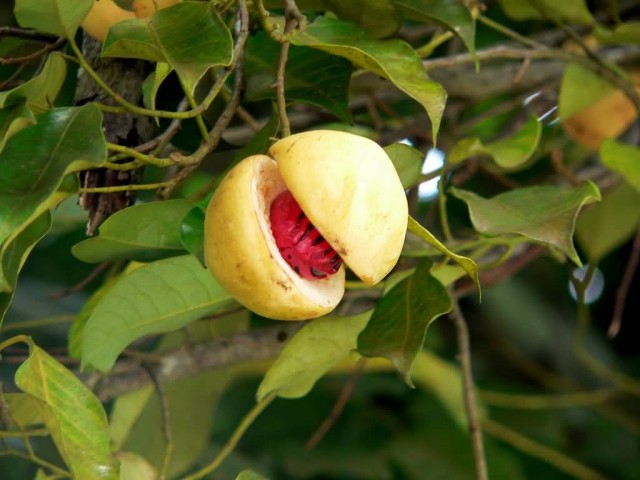 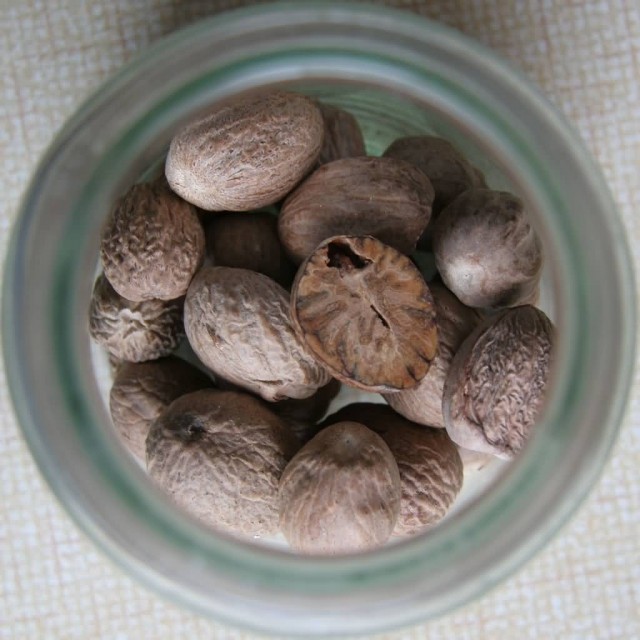 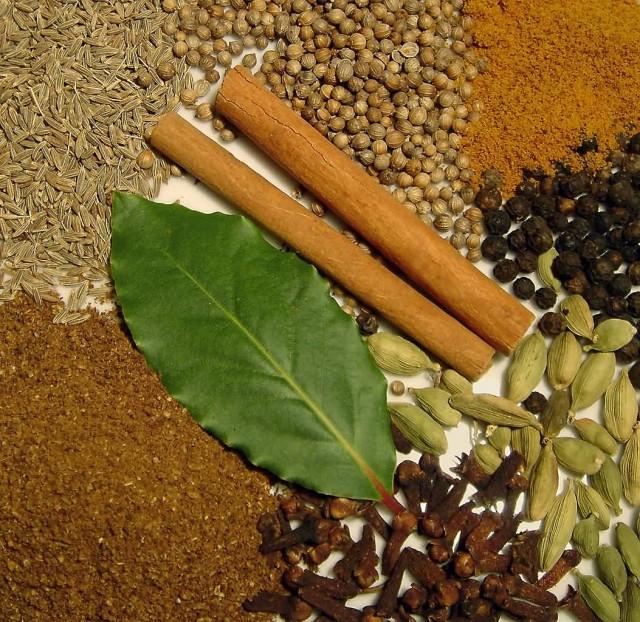 Garam masala is a blend of ground spices common in North Indian and other South Asian cuisines. It is used alone or with other seasonings. The word garam refers to “heat” in the Ayurvedic sense of the word, meaning “to heat the body” as these spices.

The composition of garam masala differs regionally with many recipes across India according to regional and personal taste. The components of the mix are toasted, then ground together. A typical Indian version of garam masala contains are black and white peppercorns, cloves, Cinnamon, nutmeg and mace, black and green cardamom pods, Bay leaf, Caraway. 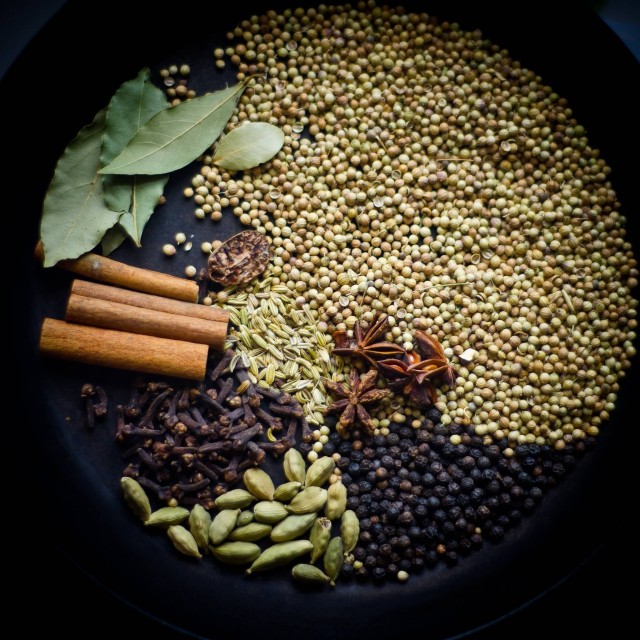