Cheetah – The Fastest Land Animal In The World 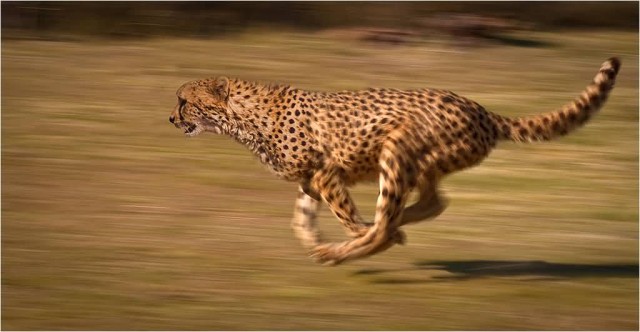 The Cheetah is a inhabiting most of Africa and parts of Iran. The Cheetah can run faster than any other land animal as fast as 112 to 120 km/h. It has the ability to accelerate from 0 to 100 km/h in three seconds.

Over short distances, their estimated top speed ranges from 90 to 128 km/h, covering up to 7 m with each stride. During such sprints, their body heats up to a dangerous level. They do not run if their body temperature is higher than 40.5 °C. During a 375 m sprint, the cheetah’s respiratory rate increases from 60 to 150 breaths per minute, while body temperature rises to 40.5 °C, which is 2 °C above normal. After a hard chase, they sometimes need to rest for half an hour or more. 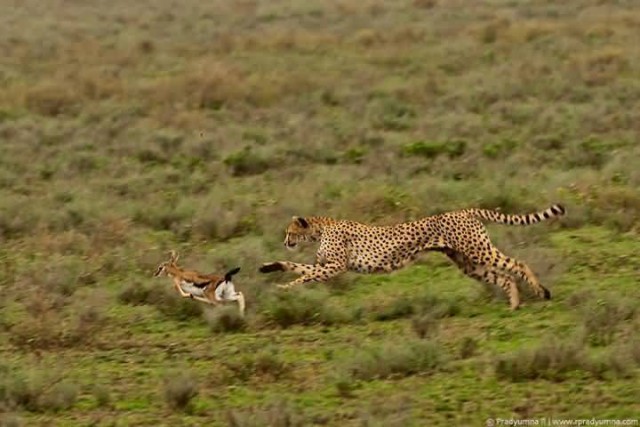 Its main hunting strategy is to run down swift prey such as various antelope species and hares. Due to his speed, the Cheetah is poorly equipped to defend itself against other large predators with speed being its main means of defence.

The cheetah is a carnivore. They are eating mostly mammalian herbivores under 40 kg including the Thomson’s gazelle, the Grant’s gazelle, the springbok, impala and blesbok. 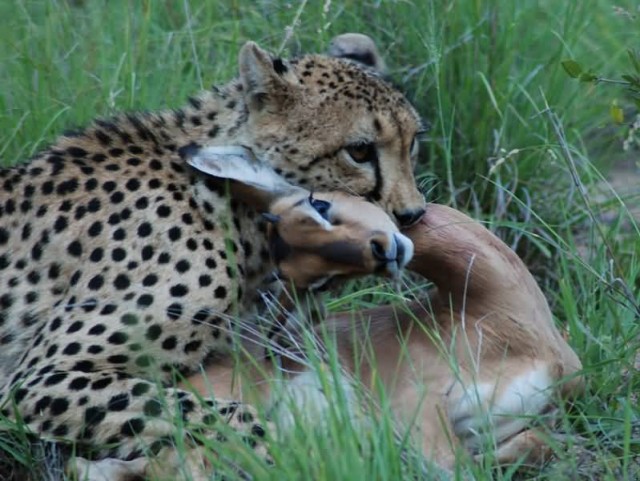