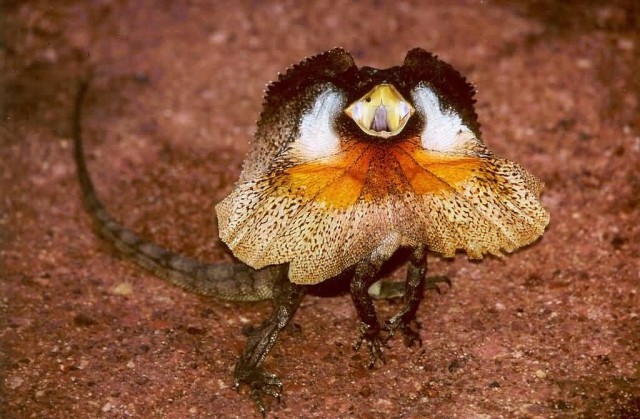 The frilled-neck lizard also known as the frilled lizard or frilled dragon. It is found mainly in northern Australia and southern New Guinea. Its name come from the large frill around its neck which usually stays folded against the lizard’s body. These are spending the majority of the time in the trees. 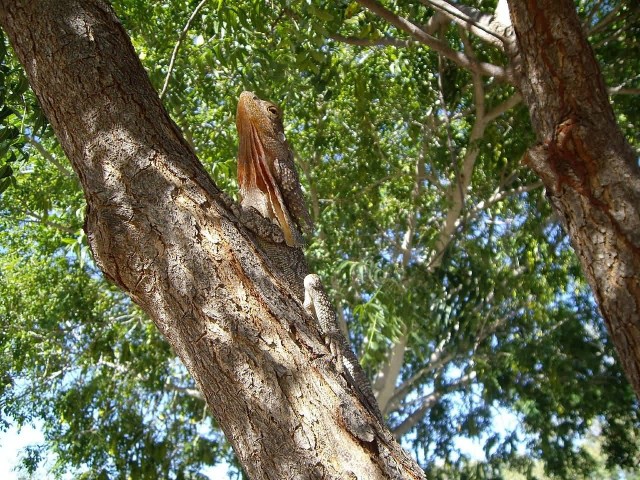 The lizard’s diet consists mainly of insects and small vertebrates. The frill-necked lizard is a relatively large lizard, growing up to 85 cm in length. It is also kept as an exotic pet. The frilled-neck lizard does not have a standard colour, but its body is darker than its frill. Their colors are a form of camouflage. 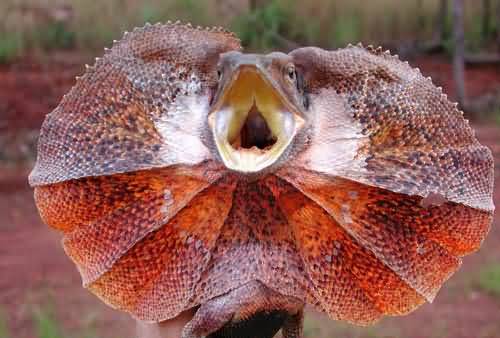