10 Beautiful And Cutest Cat Breeds Around The World 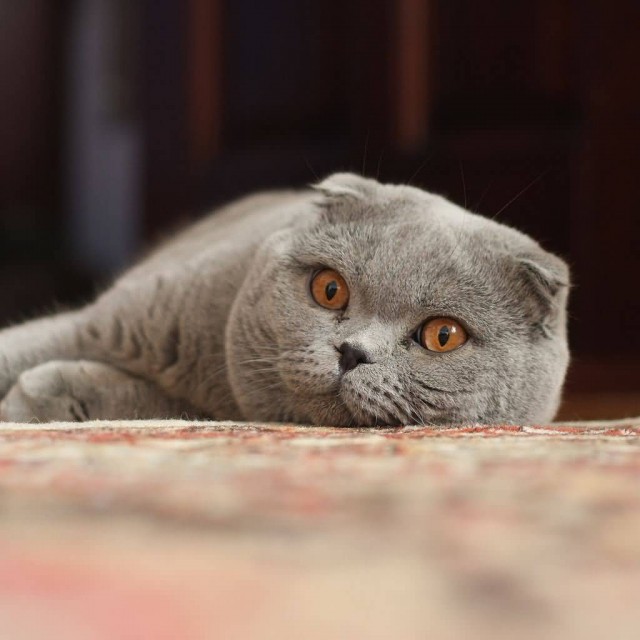 The Scottish Fold is a breed of cat with a natural dominant-gene mutation that affects cartilage throughout the body, causing the ears to “fold”, bending forward and down towards the front of their head, which gives the cat what is often described as an “owl-like” appearance. Scottish Fold became the breed’s name in 1966. Depending on registries, longhaired Scottish Folds are varyingly known as Highland Fold, Scottish Fold Longhair, Longhair Fold and Coupari. 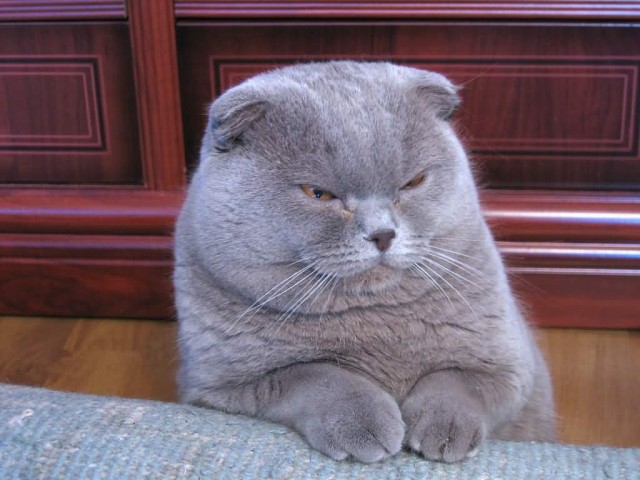 The American Curl is a breed of cat characterized by its unusual ears, which curl back from the face toward the center of the back of the skull. An American Curl’s ears should be handled carefully because rough handling may damage the cartilage in the ear. The breed originated in Lakewood, California, as the result of a spontaneous mutation. 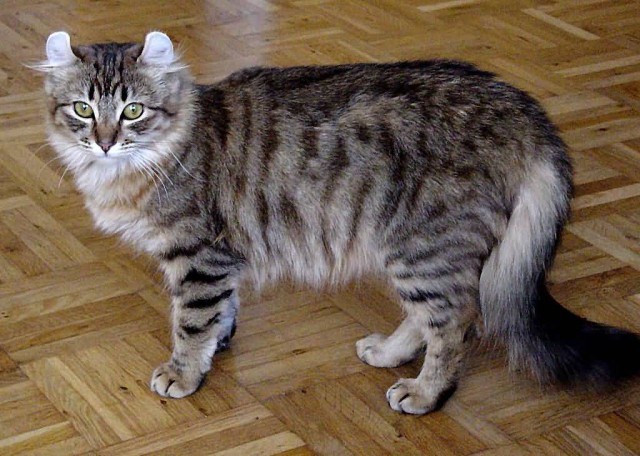 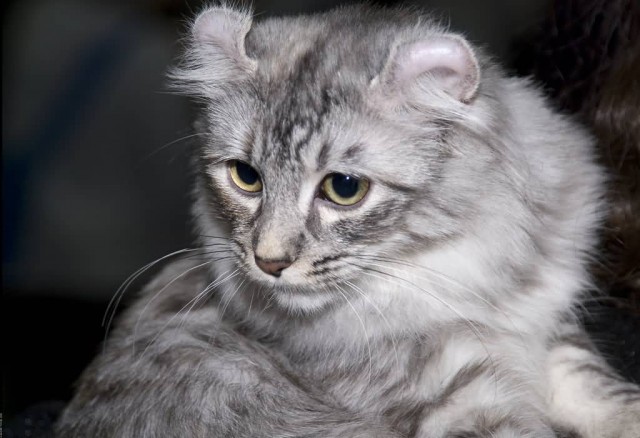 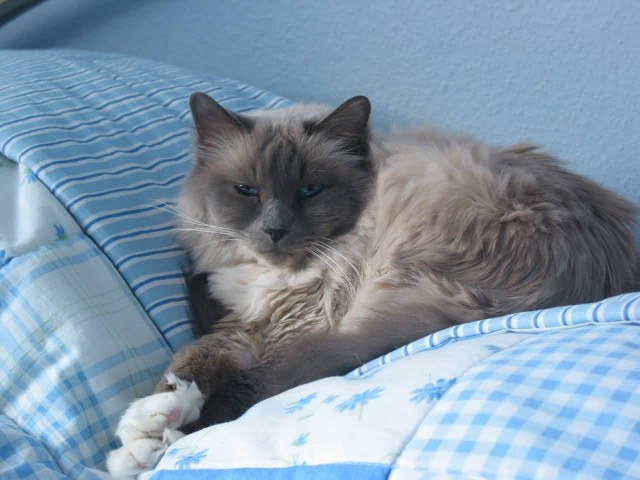 The Birman, also called the “Sacred Cat of Burma”, is a domestic cat breed. The Birman is a long-haired, colorpointed cat distinguished by a silky coat, deep blue eyes and contrasting white “gloves” on each paw. The breed name is derived from Birmanie, the French form of Burma. The Birman breed was first recognized in France by the Cat Club de France in 1925, then in England in 1966 and then in United States in 1967. 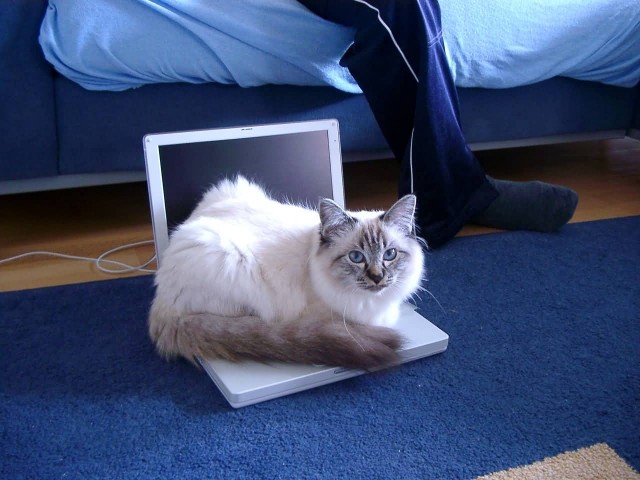 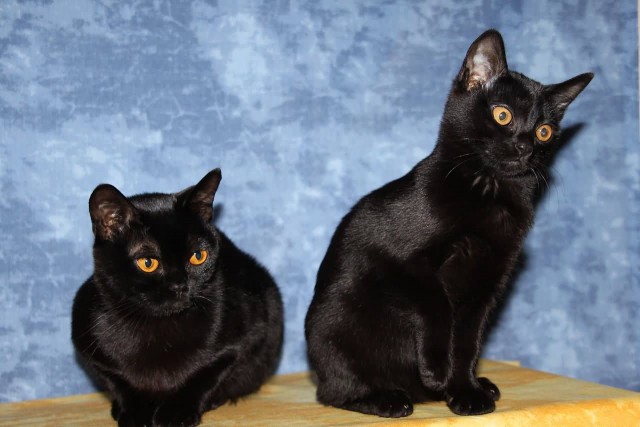 Bombay cat are a type of shorthaired cats developed by breeding sable Burmese and black American Shorthair cats to produce a cat of mostly Burmese type, but with a sleek, tight black coat. Bombay cat is the name given to black cats of the Asian group. The Bombay cat has a medium body build that is muscular. Their weight should be 2.5–4.5 kg with males typically being heavier than females. If healthy, the Bombay cat can live approximately 15 to 20 years. 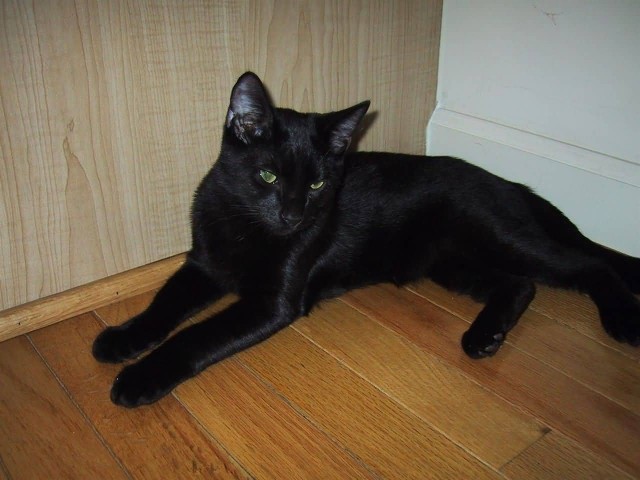 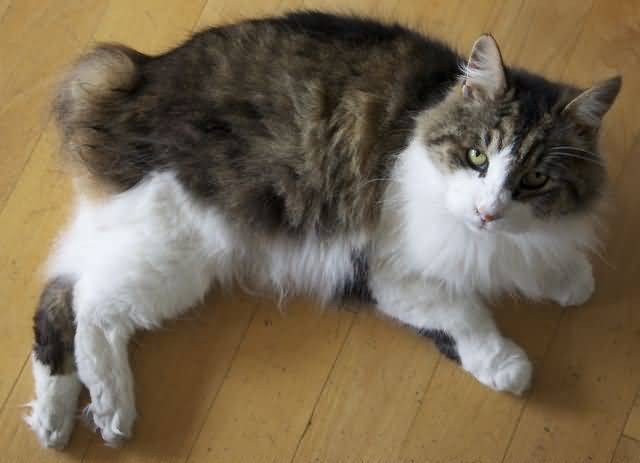 The Cymric is a breed of domestic cat. The breed is called the Longhair Manx or a similar name by some registries. The Cymric is a muscular, compact, medium to large cat with a sturdy bone structure and weighing between 7 and 13 pounds. They have a cobby body and an unusually rounded appearance. This is a cat born entirely tailless. Cymrics are intelligent, fun-loving cats. Cymrics are very loyal to their humans and enjoy spending quality time with them. 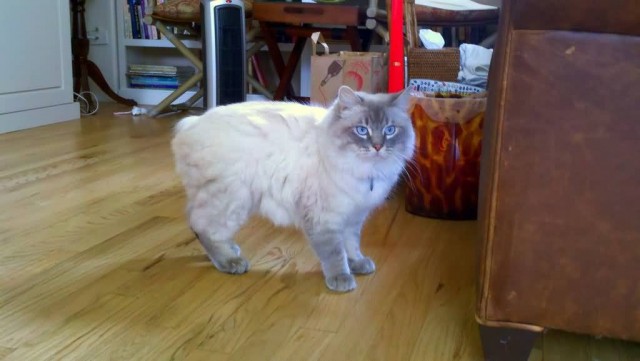 The Nebelung is a rare breed of the domestic cat. Nebelungs have long bodies, wide-set green eyes, long and dense fur and mild dispositions. The American foundation of this cat breed was laid by the cats Siegfried (1984) and Brunhilde (1985). Nebelung cats are lively, playful, affectionate, good-natured and intelligent. 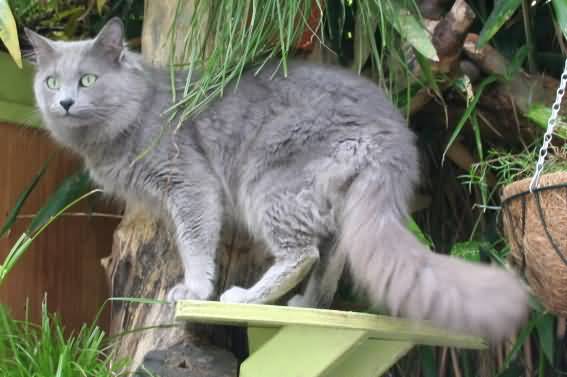 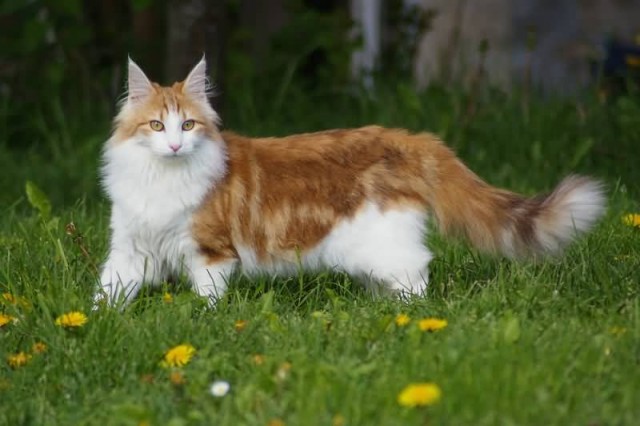 The Norwegian Forest cat is a breed of domestic cat native to Northern Europe. This natural breed is adapted to a very cold climate with top coat of glossy, long, water-shedding hairs and a woolly undercoat for insulation. It is a big, strong cat, similar to the American Maine Coon breed. The breed is very good at climbing, since they have strong claws. The lifespan is usually 14 to 16 years, though kidney and heart diseases have been reported in the breed. 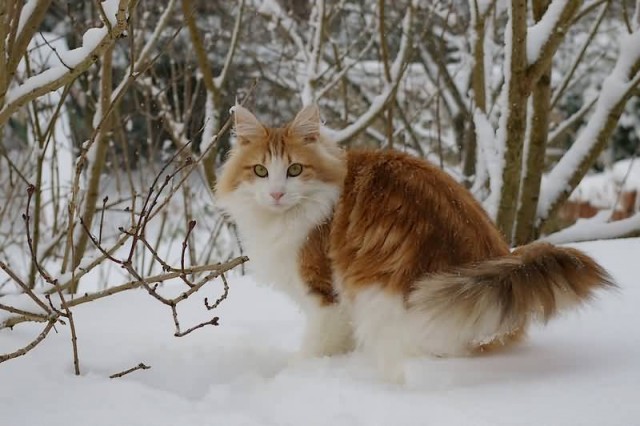 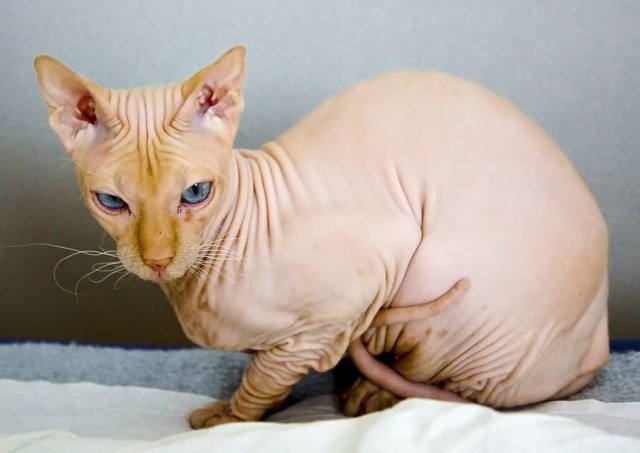 The Peterbald is a cat breed of Russian origin. Peterbalds have an elegantly slim graceful and muscular build. They are somewhat similar in appearance to Oriental Shorthair cats. They have a hair-losing gene and can be born bald, flocked, velour, brush or with a straight coat. Those born with hair, except the straight-coats, can lose their hair over time. The Peterbald comes in all colors and markings. Peterbalds are sweet-tempered, affectionate, peaceful, curious, smart and energetic. 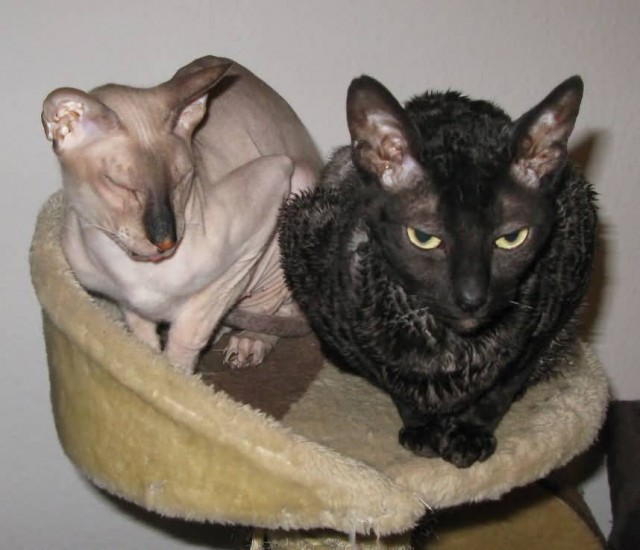 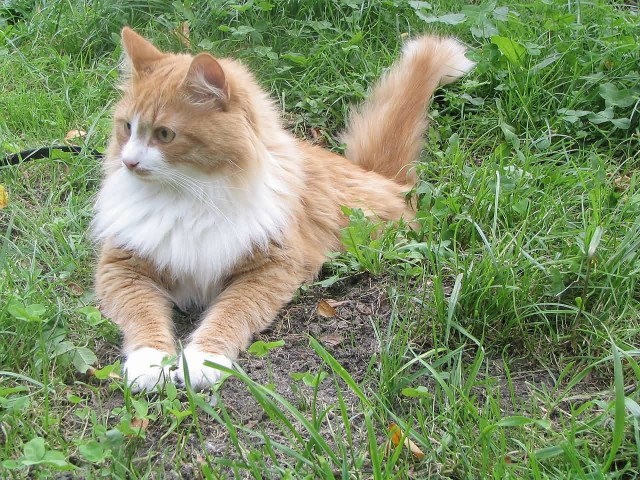 The Siberian is a landrace variety of domestic cat, present in Russia for centuries. A longer name of the formal breed is Siberian Forest Cat, but it is usually referred to as the Siberian or the Siberian cat. The cat has similarities with the Norwegian Forest Cat. It is a natural breed of Siberia and the national cat of Russia. Siberians express the three natural types of feline fur: guard hairs, awn hairs and down. These three layers protect the cat from the Russian weather extremes. 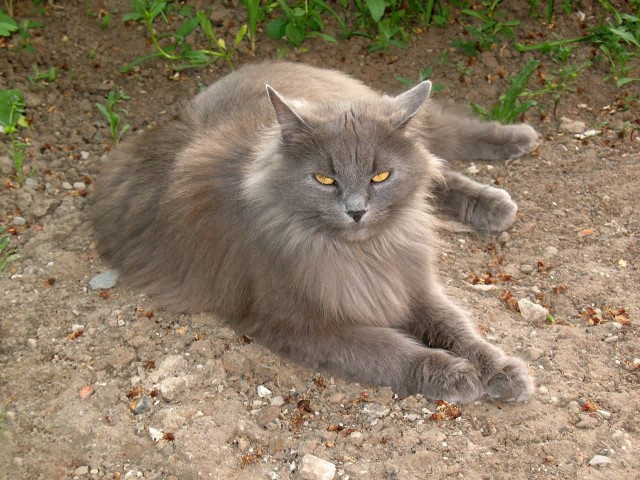 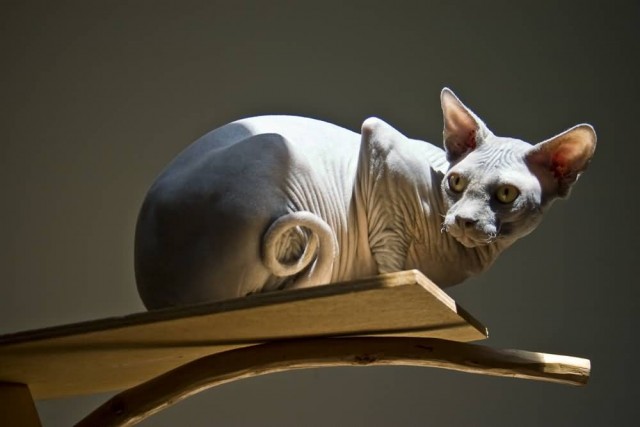 The Sphynx is a breed of cat developed through selective breeding starting in the 1960s, known for its lack of a coat (fur), though it is not truly hairless. Because they have no coat, they lose more body heat than coated cats. This makes them warm to the touch as well as heat-seeking. Sphynxes are known for their extroverted behavior. They display a high level of energy, intelligence, curiosity and affection for their owners. 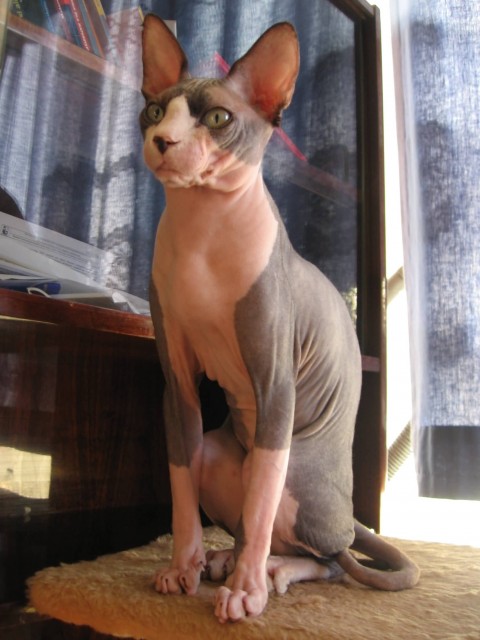