The Burano Island With Most Brightly Colourful Houses 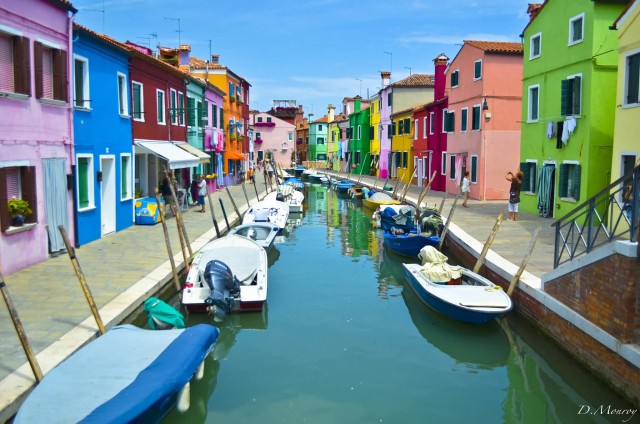 Burano is an island in the Venetian Lagoon, northern Italy. It is situated near Torcello at the northern end of the Lagoon and is known for its lacework and brightly coloured homes. The island is linked to Mazzorbo by a bridge. The island is almost entirely covered by residential buildings with few small green areas. The island was probably settled by the Romans. 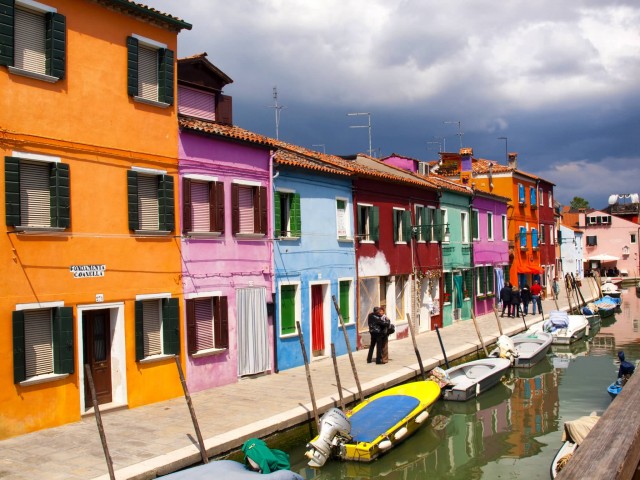 Two stories are attributed to how the city obtained its name. One is that it was initially founded by the Buriana family and another is that the first settlers of Burano came from the small island of Buranello, about 8 kilometres to the south. 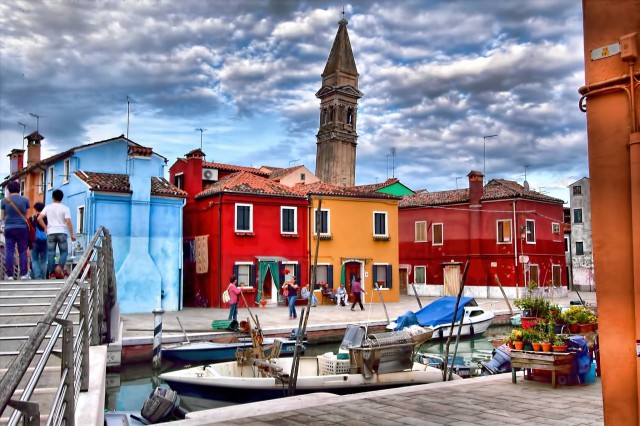 Burano is also known for its small, brightly painted houses, popular with artists. The colours of the houses follow a specific system originating from the golden age of its development. If someone wishes to paint their home, one must send a request to the government, who will respond by making notice of the certain colours permitted for that lot. Other attractions include the Church of San Martino with a leaning campanile and a painting by Giambattista Tiepolo. 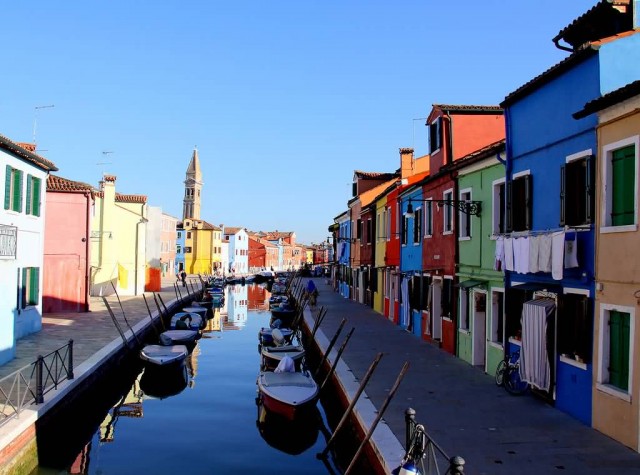