Top 9 Smartphones Brand In The World

Apple Inc. is an American multinational technology company headquartered in Cupertino, California, that designs, develops, and sells consumer electronics, computer software, online services, and personal computers. Its best-known hardware products are the Mac line of computers, the iPod media player, the iPhone smartphone, the iPad tablet computer, and the Apple Watch smartwatch. Its online services include iCloud, the iTunes Store, and the App Store. Apple’s consumer software includes the OS X and iOS operating systems, the iTunes media browser, the Safari web browser, and the iLife and iWork creativity and productivity suites. Apple was founded by Steve Jobs, Steve Wozniak, and Ronald Wayne on April 1, 1976, to develop and sell personal computers. It was incorporated as Apple Computer, Inc. 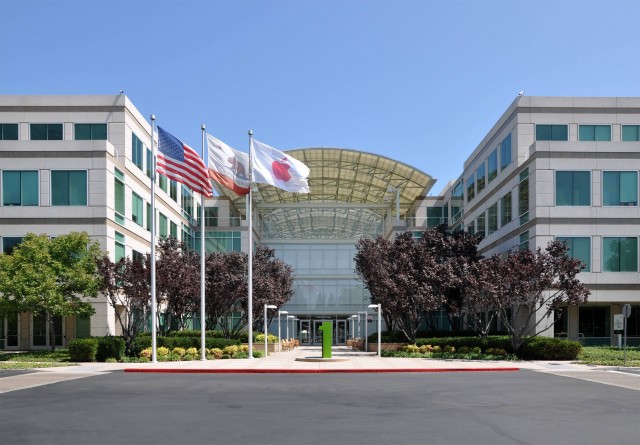 On January 3, 1977, and was renamed as Apple Inc. on January 9, 2007, to reflect its shifted focus towards consumer electronics. Apple joined the Dow Jones Industrial Average on March 19, 2015. Apple is the world’s second-largest information technology company by revenue after Samsung Electronics, world’s largest technology company by Total Assets and the world’s third-largest mobile phone maker. On November 25, 2014, in addition to being the largest publicly traded corporation in the world by market capitalization, Apple became the first U.S. company to be valued at over $700 billion.

As of March 2015, Apple employs 98,000 permanent full-time employees, maintains 453 retail stores in sixteen countries, and operates the online Apple Store and iTunes Store, the latter of which is the world’s largest music retailer. Apple’s worldwide annual revenue in 2014 totaled US$182 billion. Apple enjoys a high level of brand loyalty and, according to the 2014 edition of the Interbrand Best Global Brands report, is the world’s most valuable brand with a valuation of $118.9 billion. By the end of 2014, the corporation continued to manage significant criticism regarding the labor practices of its contractors, as well as for its environmental and business practices, including the origins of source materials. 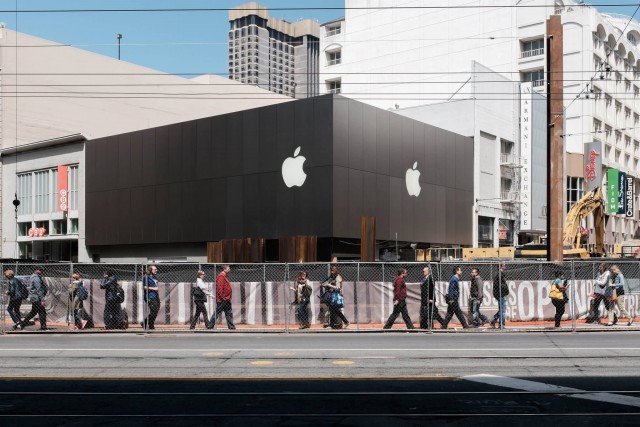 Samsung Electronics Co. Ltd. is a South Korean multinational electronics company headquartered in Suwon, South Korea. It is the flagship subsidiary of the Samsung Group, accounting for 70% of the group’s revenue in 2012, and has been the world’s largest information technology company by revenue since 2009. Samsung Electronics has assembly plants and sales networks in 80 countries and employs around 370,000 people. 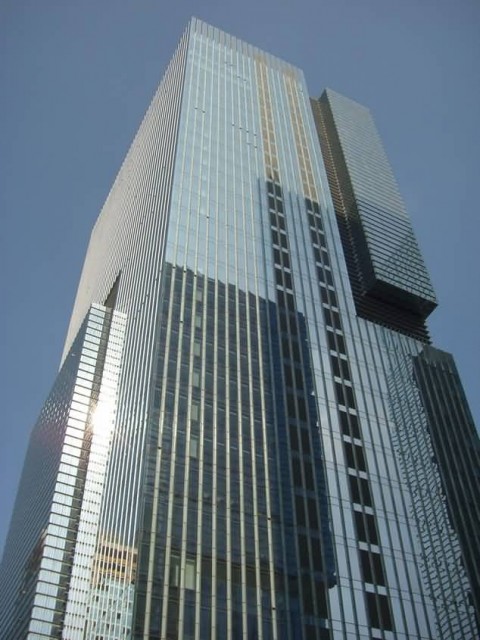 Since 2012, the CEO is Kwon Oh-Hyun. Samsung has long been a major manufacturer of electronic components such as lithium-ion batteries, semiconductors, chips, flash memory and hard drive devices for clients such as Apple, Sony, HTC and Nokia. In recent years, the company has diversified into consumer electronics. It is the world’s largest manufacturer of mobile phones and smartphones fueled by the popularity of its Samsung Galaxy line of devices. The company is also a major vendor of tablet computers, particularly its Android-powered Samsung Galaxy Tab collection, and is generally regarded as pioneering the phablet market through the Samsung Galaxy Note family of devices. 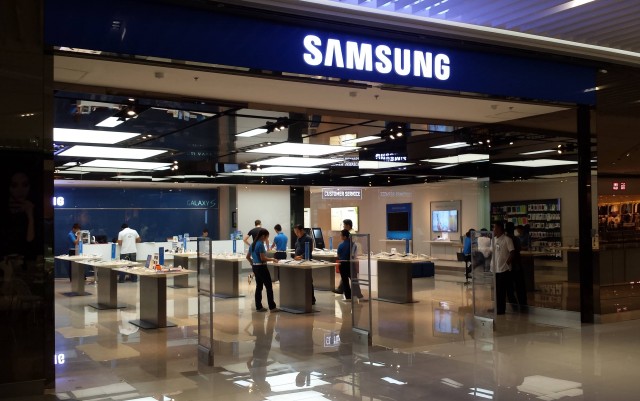 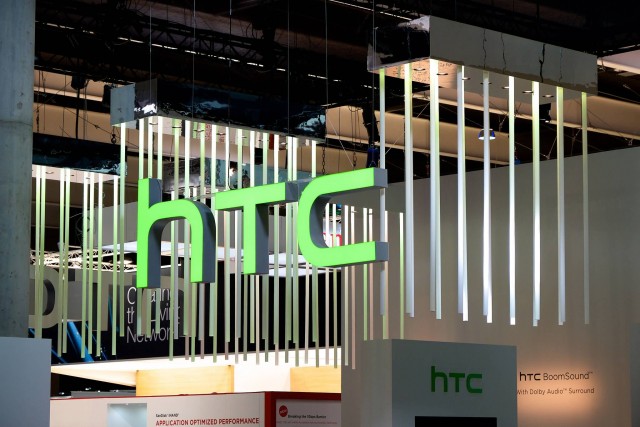 HTC Corporation, formerly High-Tech Computer Corporation, is a Taiwanese multinational manufacturer of smartphones and tablets headquartered in New Taipei City, Taiwan. Founded in 1997, HTC began as an original design manufacturer and original equipment manufacturer, designing and manufacturing devices such as mobile phones, touchscreen phones, and PDAs based on Windows Mobile OS and Brew MP to market to mobile network operators who were willing to pay a contract manufacturer for customized products. After initially making smartphones based mostly on Windows Mobile, HTC expanded its focus in 2009 to devices based on the Android, and in 2010 to Windows Phone.

As of 2011, HTC primarily releases and markets its smartphones under the HTC brand, ranking as the 98th top brand on Interbrand’s Best Global Brands 2011 report. A September 2013 media report stated that HTC’s share of the global smartphone market is less than 3 percent. However a report published in April 2015 states that the market share has risen to 7.2 percent due to its strong sales of the HTC One M8 and Desire series. The stock price has fallen by 90 percent since 2011. 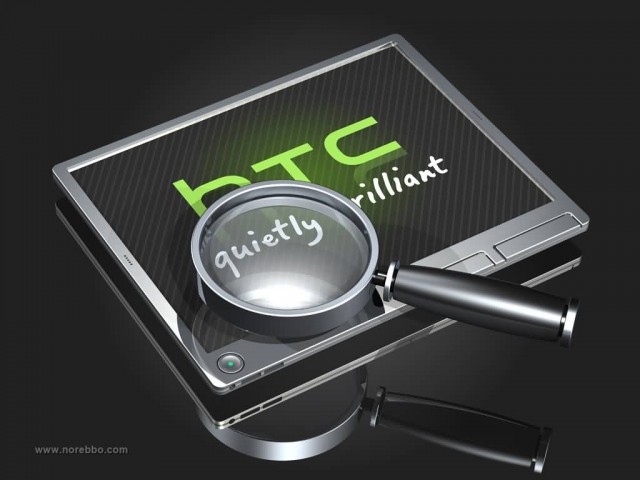 Sony Mobile Communications Inc. is a multinational mobile phone manufacturing company jointly headquartered in Tokyo, Japan, and Lund, Sweden, and is a wholly owned subsidiary of Sony Corporation. It was founded on October 1, 2001 as a joint venture between Sony and the Swedish telecommunications equipment company Ericsson, under the name Sony Ericsson. 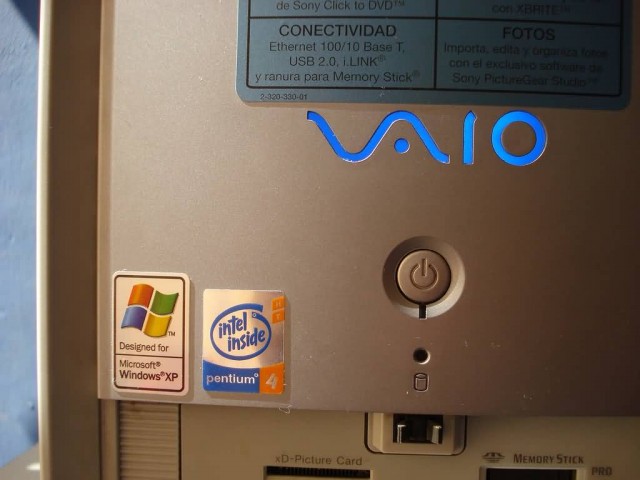 Sony acquired Ericsson’s share in the venture on February 16, 2012. Sony Mobile Communications has research and development facilities in Tokyo, Japan; Chennai, India; Lund, Sweden; Beijing, China and Silicon Valley, United States. Sony Mobile was the fourth-largest smartphone manufacturer by market share in the fourth quarter of 2012 with 9.8 million units shipped. The current flagship device of Sony is the Sony Xperia Z3+, a smartphone that is water and dust proof with an IP68 rating, an octa-core 2 GHz Krait Processor, Qualcomm Snapdragon 810 Chipset, Android 5.0 OS, and a 20.7-megapixel 4K camera that has a G Lens, Exmor RS, and BIONZ image processor.. 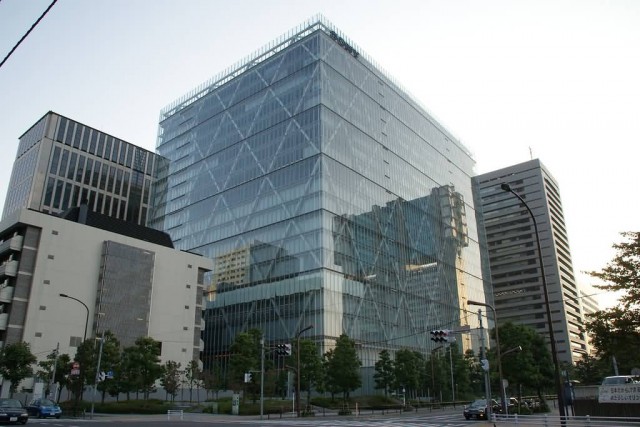 Nokia Corporation Oyj is a Finnish multinational communications and information technology company. Nokia is headquartered in Espoo, Uusimaa, in the greater Helsinki metropolitan area. In 2014, Nokia employed 61,656 people across 120 countries, conducts sales in more than 150 countries and reported annual revenues of around €12.73 billion. Nokia is a public limited-liability company listed on the Helsinki Stock Exchange and New York Stock Exchange. It is the world’s 274th-largest company measured by 2013 revenues according to the Fortune Global 500. 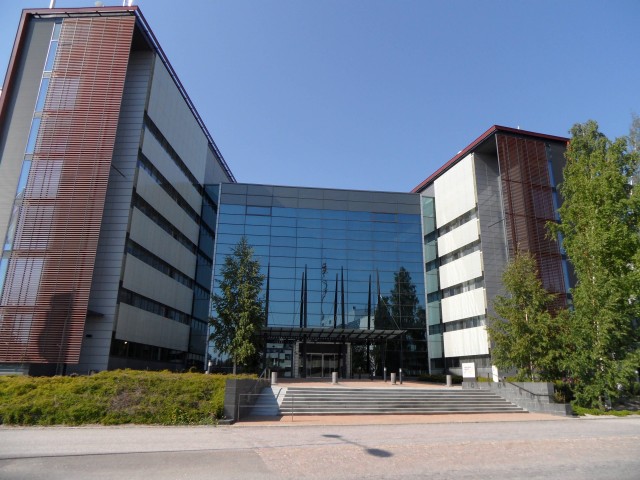 The company currently focuses on large-scale telecommunications infrastructures, technology development and licensing, and online mapping services. Nokia is also a significant contributor to the mobile telephony industry, having assisted in development of the GSM and LTE standards, and was, for a period, the largest vendor of mobile phones in the world. Nokia’s dominance also extended into the smartphone industry through its Symbian platform, but it was soon overshadowed by the growing dominance of Apple’s iPhone line and Android devices. Nokia eventually entered into a pact with Microsoft in 2011 to exclusively use its Windows Phone platform on future smartphones.

In September 2013, Microsoft announced that it would acquire Nokia’s mobile phone business as part of an overall deal totaling €5.44 billion. Stephen Elop, Nokia’s former CEO, and several other executives joined the new Microsoft Mobile subsidiary of Microsoft as part of the deal, which was completed on April 25, 2014. In November 2014, Nokia began to license product designs and technologies to third-party manufacturers, to enable a continued presence for the Nokia brand in the consumer electronics hardware market. On April 15, 2015, Nokia announced that it would acquire the French telecommunications equipment company Alcatel-Lucent for €15.6 billion. 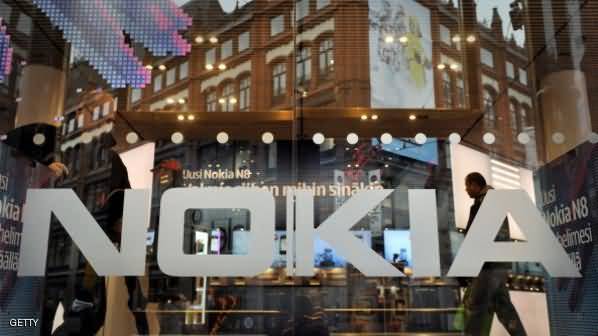 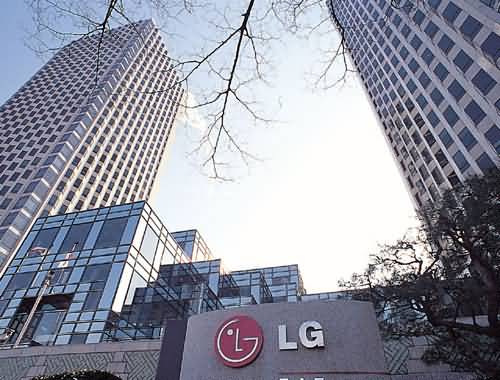 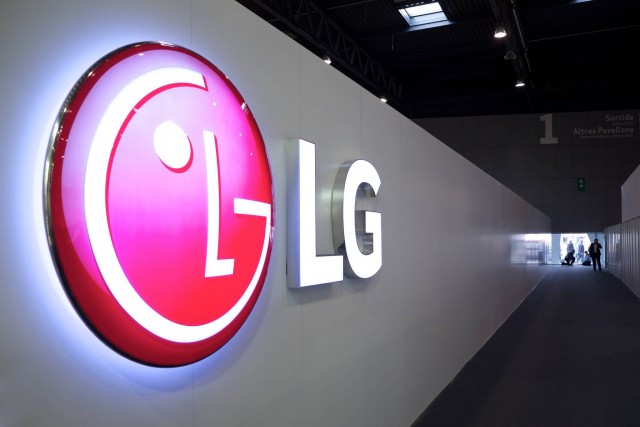 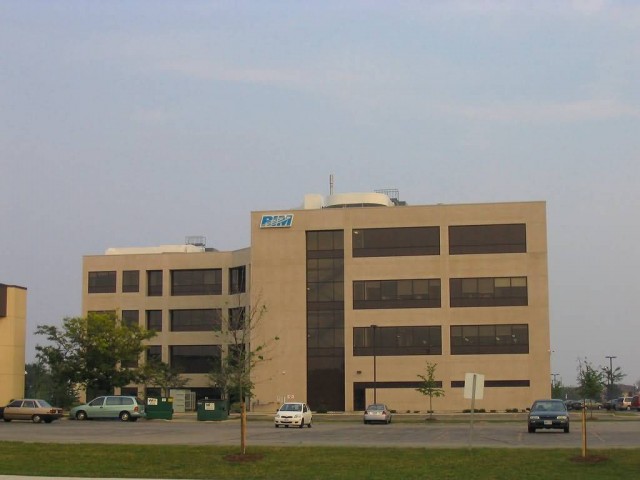 The very first device to carry the BlackBerry name was the BlackBerry 850, an email pager, released January 19, 1999. Although identical in appearance to the 950, the 850 was the first device to integrate email and the name Interactive Pager was no longer used to brand the device. The most recent BlackBerry devices are the BlackBerry Passport, BlackBerry Classic, and BlackBerry Z30. The user interface varies by model; most had featured a physical QWERTY keyboard, while newer generations have relied on a multi-touch screen and virtual keyboard.

BlackBerry devices can record video, take photos, play music and also provide functions such as Web-browsing, email messaging, instant messaging, and the multi-platform BlackBerry Messenger service. It was one of the major smartphone vendors until 2012. The consumer BlackBerry Internet Service is available in 91 countries worldwide on over 500 mobile service operators using various mobile technologies. As of September 2013, there were 85 million BlackBerry subscribers worldwide. That number has dropped steadily, down to 46 million in September 2014. 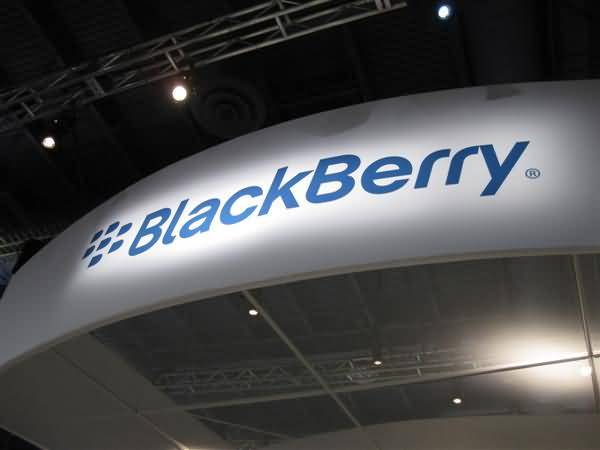 Motorola Mobility is an American mobile device subsidiary of the Chinese multinational computer technology company Lenovo, headquartered in Chicago, Illinois, United States. The company was formed on January 4, 2011 by the split of Motorola Inc. into two separate companies; Motorola Mobility took on the company’s consumer-oriented product lines, including its mobile phone business and its cable modems and set-top boxes for digital cable and satellite television services, while Motorola Solutions retained the company’s enterprise-oriented product lines. The company primarily manufactures smartphones and other mobile devices running the Android operating system developed by Google Inc.; in August 2011, only several months after the split, Google announced that it would acquire Motorola Mobility for US$12.5 billion. 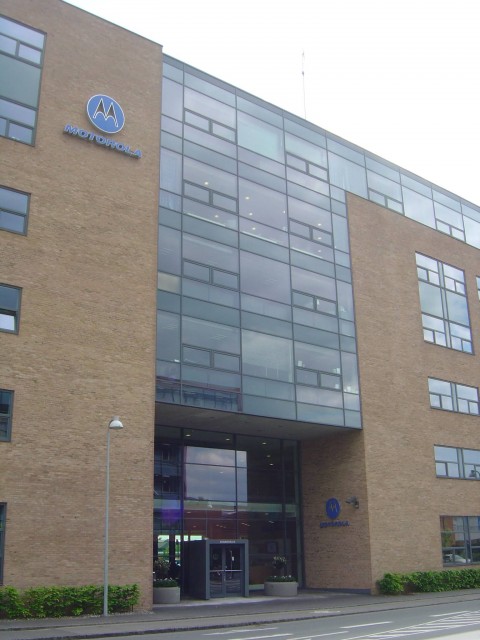 Google’s stated intent for the purchase was to gain control of Motorola Mobility’s portfolio of patents, so it could adequately protect other Android vendors from lawsuits. The deal closed in May 2012, after which it also sold its cable modem and set-top box business to Arris Group. Under Google ownership, Motorola Mobility increased its focus on the entry-level smartphone market, introduced one of the first Android Wear smartwatches, and also began development on Project Ara, a platform for modular smartphones with interchangeable components.

Google’s ownership of the company would be short-lived, as it announced in January 2014 that it would sell most of Motorola Mobility to Chinese personal computer and mobile device maker Lenovo for $2.91 billion. The sale, which excluded all but 2000 of Motorola Mobility’s patents and the team working on Project Ara, was completed on October 30, 2014. Lenovo disclosed an intent to use its purchase of Motorola Mobility as a way to expand into the U.S. smartphone market. 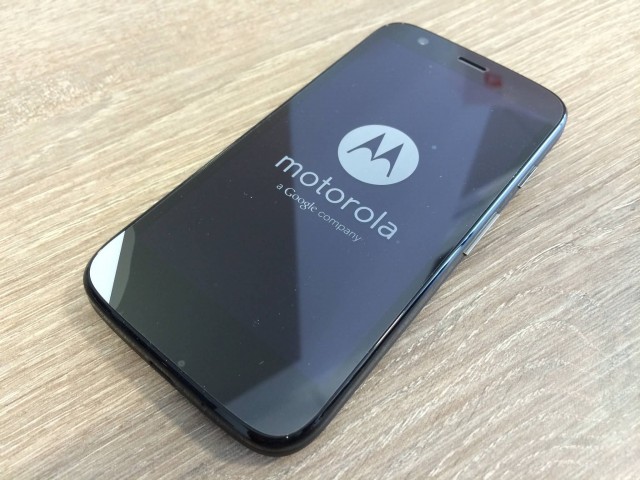 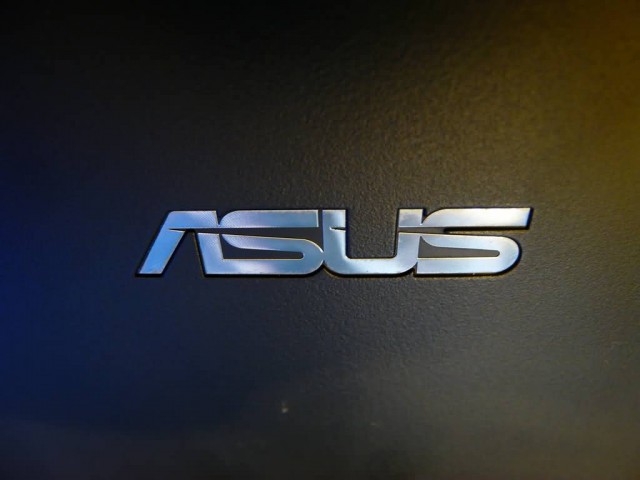 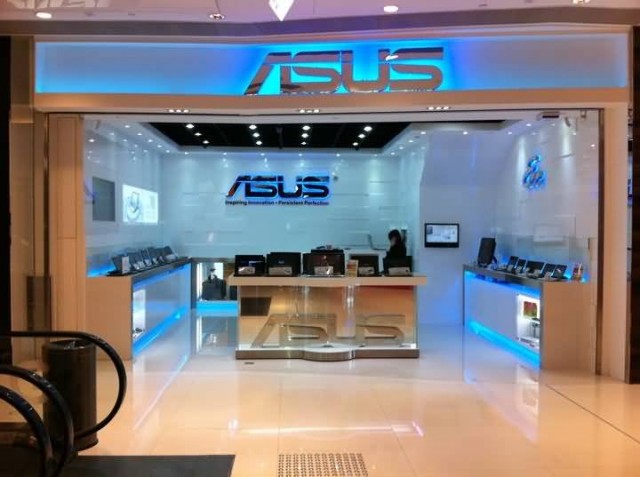 ASUS is the world’s third-largest PC vendor by 2014 unit sales. ASUS appears in BusinessWeek’s “InfoTech 100″ and “Asia’s Top 10 IT Companies” rankings, and it ranked first in the IT Hardware category of the 2008 Taiwan Top 10 Global Brands survey with a total brand value of $1.3 billion. ASUS has a primary listing on the Taiwan Stock Exchange under the ticker code TWSE and a secondary listing on the London Stock Exchange under a ticker code ASKD. 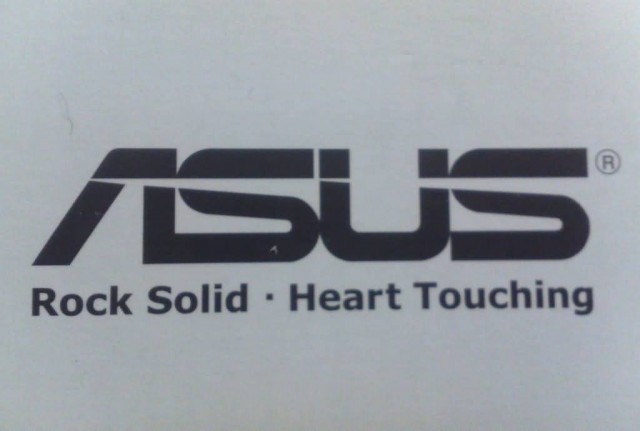