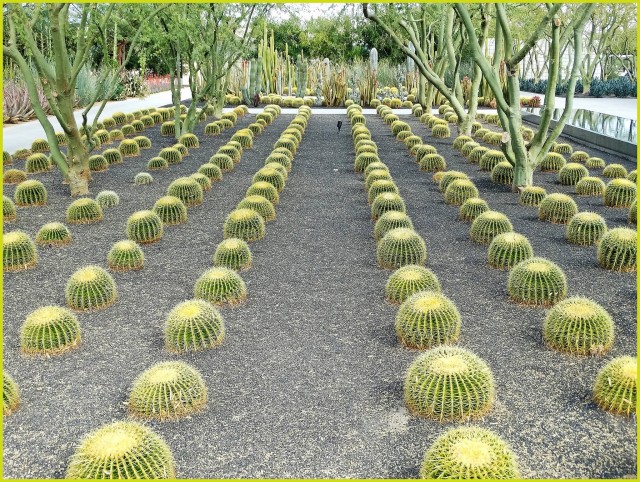 Barrel Cactus are found in the deserts of Southwestern North America. Barrel cacti of some species easily reach over 1 metre in height at maturity. Flowers appear at the top of the plant only after many years. Barrel cactus buds typically start to bloom in April with a bright yellow or orange flower. The flowers only appear on the very top of the plant. 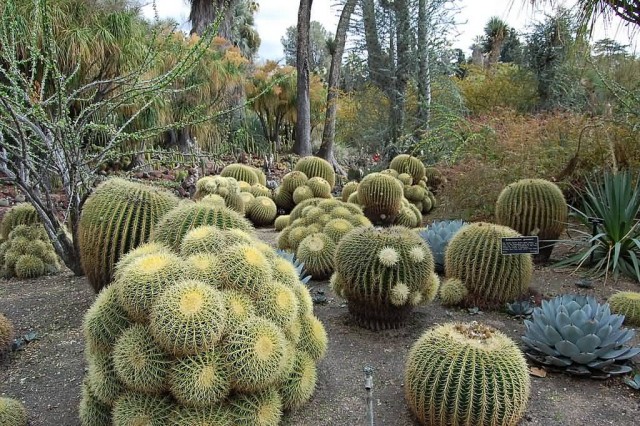 As the flowers wilt away, small pineapple-shaped greenish fruit may form. Native Americans collected the fruit as emergency food during extreme drought conditions. Barrel Cactus puncture to human skin from one of the spines is considered a ‘dirty wound’. If the puncture is deep enough to draw blood. Barrel cactus plants are one of the most dangerous cacti to humans in the desert. 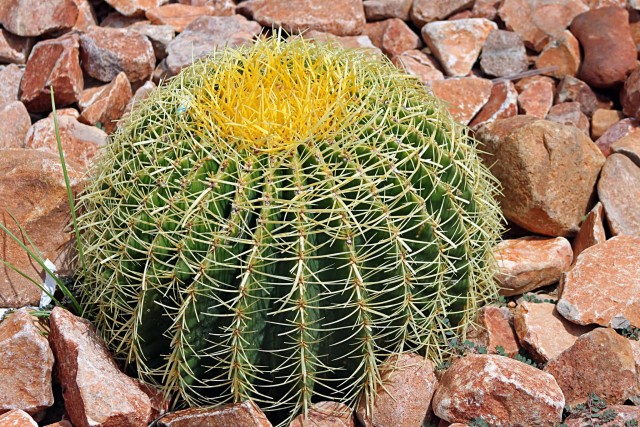 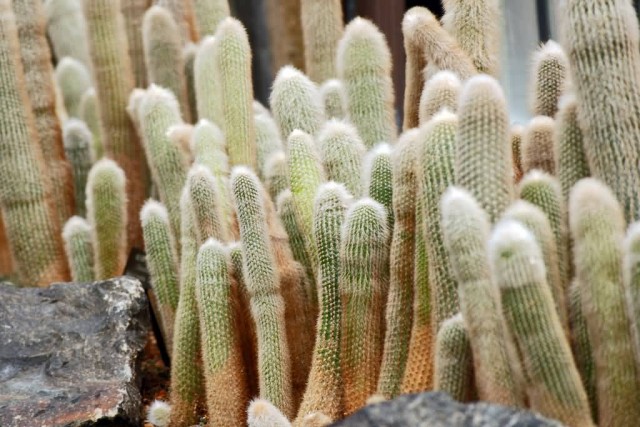 Silver torch cactus or wooly torch cactus is a perennial cactus of the family Cactaceae. It is native to high mountain regions of Bolivia and Argentina. Its slender, erect, grey-green columns can reach a height of 3 m but are only about 6 cm across. 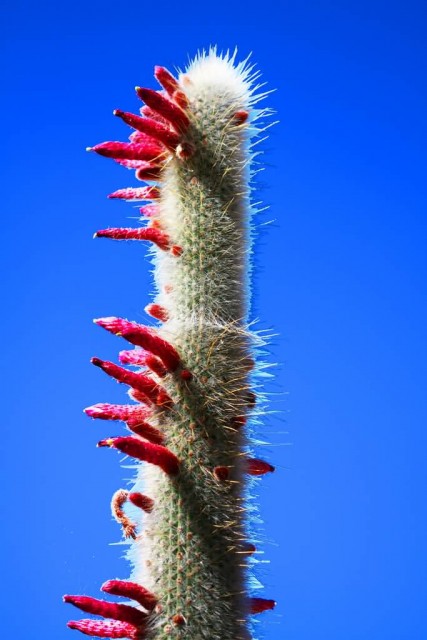 The cactus prefers free draining soils, strong sunlight, but not high temperatures. Interestingly they used to grow in temperature of -10 degree celsius. In its natural habitat it receives plenty of water during the summer. In cultivation, watering too much in winter often leads to root rot. They are produce deep red, burgundy, cylindrical flowers in late summer. 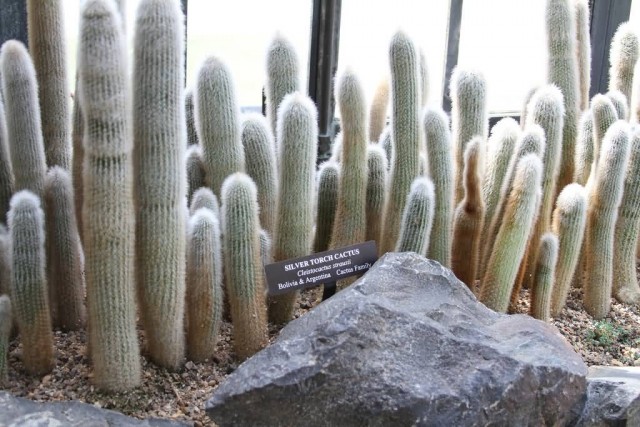 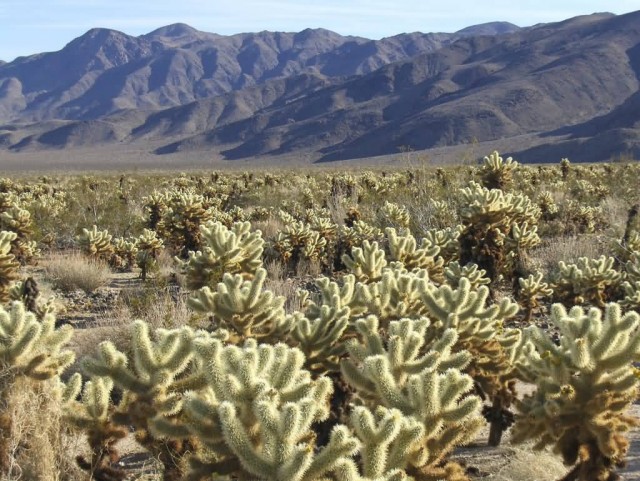 The jumping cholla also known as the “hanging chain cholla”. It is a cholla cactus native to the Southwestern United States and Sonora. It grows to heights of 4 m with drooping branches of chained fruit. Most of the fleshy, green fruits are sterile, pear-shaped to nearly round. They are typically about 4 cm long. 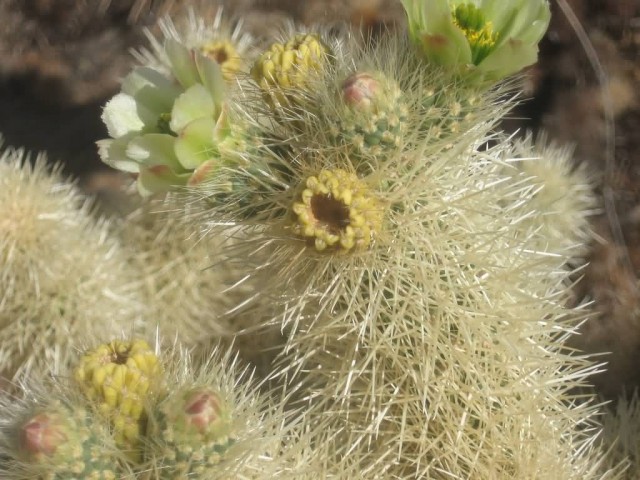 It is these hanging chains of fruit which give it the name “hanging chain cholla”. The “jumping cholla” name comes from the ease with which the stems detach when brushed, giving the impression that the stem jumped. During dry period, animals like the bighorn sheep rely on the juicy fruit for food and water. 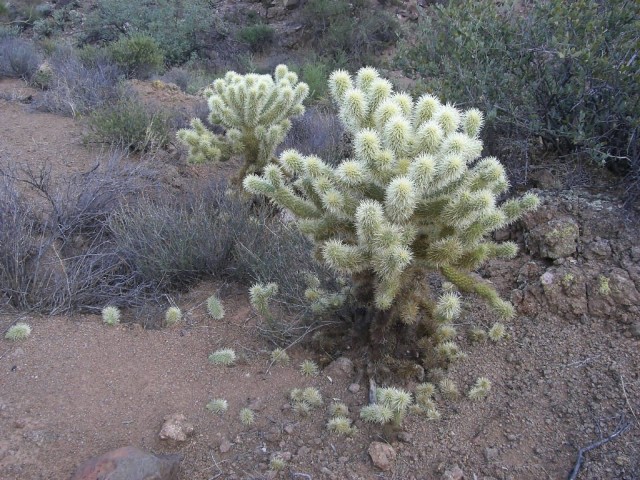 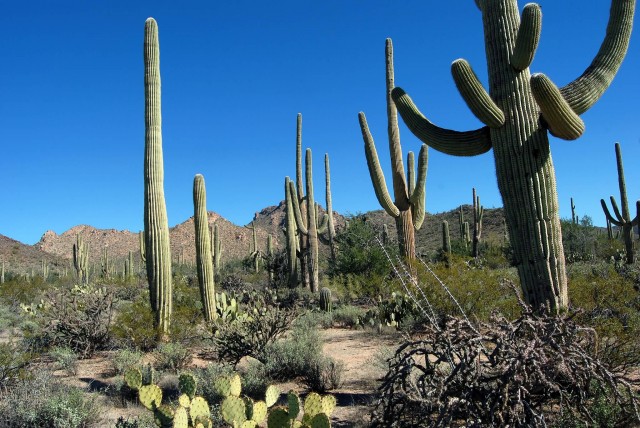 The saguaro is a tree like cactus species which can grow to be over 20 m tall. The saguaro blossom is the state wildflower of Arizona. Its scientific name is given in honor of Andrew Carnegie. Saguaros have a relatively long lifespan. They may grow their first side arm any time from 75–100 years of age but some never grow one at all. Saguaros soak up the rainwater, Whenever it rains. 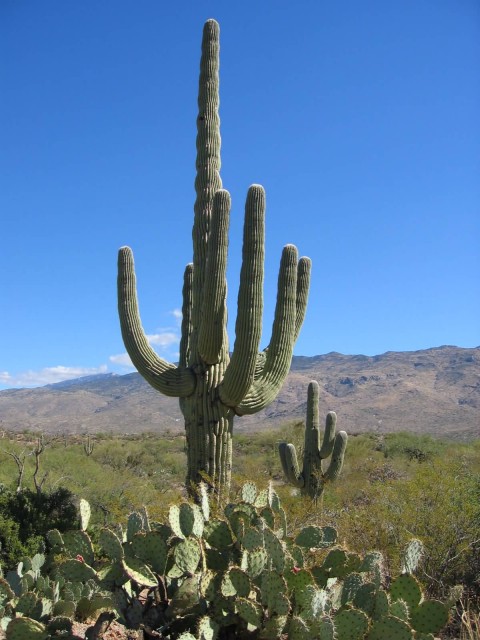 The cactus will visibly expand, holding in the water. It conserves the water and slowly consumes it. The night-blooming white and yellow flowers appear April through June and the sweet, ruby-colored fruit mature by late June. The flowers open well after sunset and remain open till mid-afternoon of the next day. 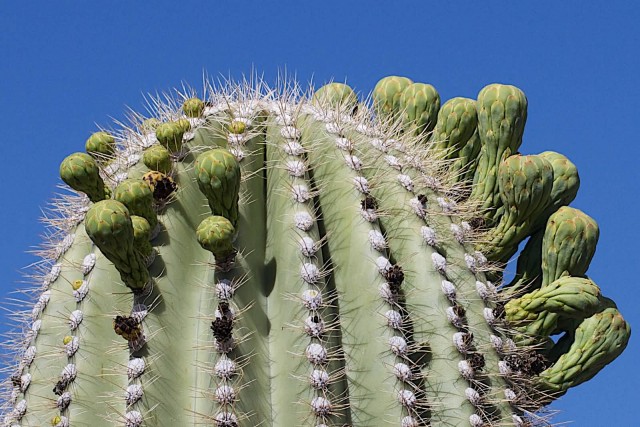 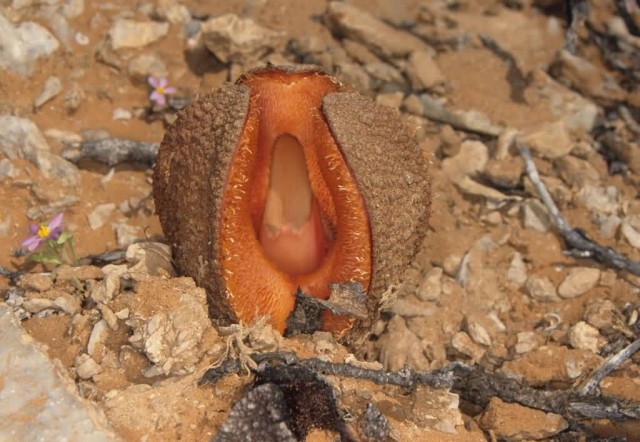 Hydnora Africana is an achlorophyllous plant in the family of Hydnoraceae. It is native to southern Africa. The plant grows underground, except for a fleshy flower that emerges above ground and emits an odor of feces to attract its natural pollinators, dung beetles and carrion beetles.

Insects that pollinate the flowers that why the flower burying themselves in the sepals for a couple of days and the flower emerges and opens releasing the insects to spread the pollen to other flowers in the area. Hydnora africana has a very strong and unpleasant smell. Hydnora Africana produces a fruit that grows underground, taking up to two years to ripen fully. The fruit is similar in taste and texture to a potato. 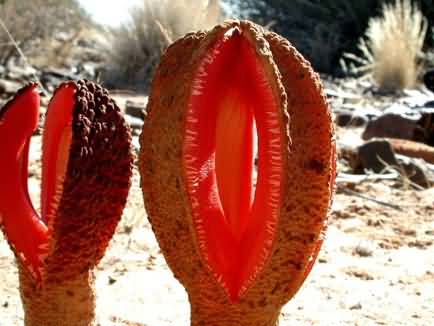