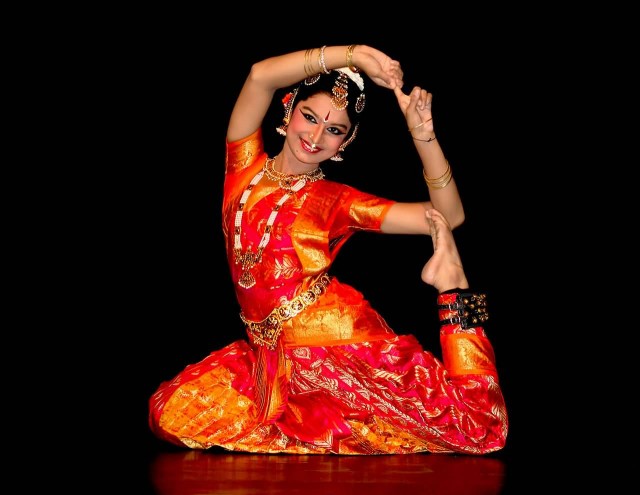 Bharathanatyam is a form of Indian classical dance that originated in the temples of Tamil Nadu. It was described in the treatise Natya Shastra by Bharata around the beginning of the common era. Bharata Natyam is known for its grace, purity, tenderness, expression and sculpturesque poses. 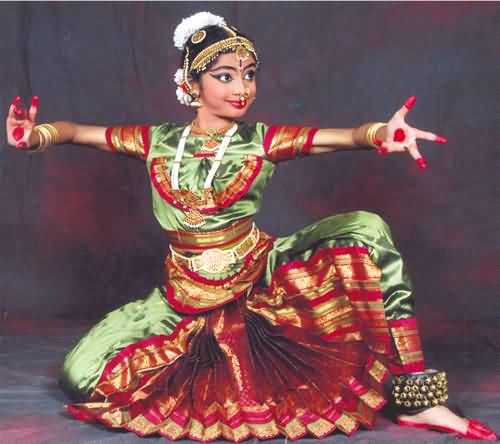 Lord Shiva is considered the God of this dance form. Today, it is one of the most popular and widely performed dance styles and is practiced by male and female dancers all over the world, although it is more commonly danced by women. 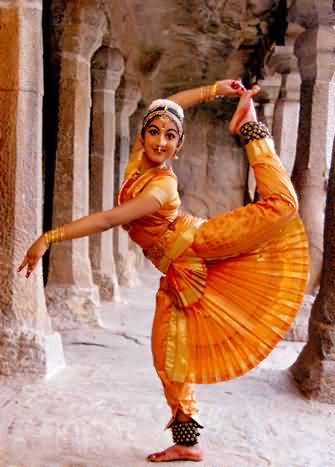 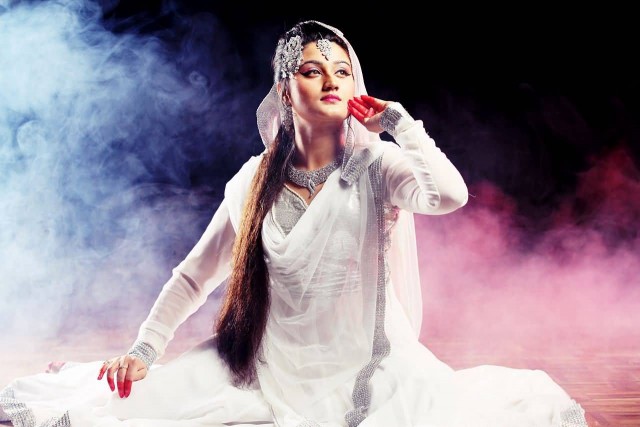 Kathak is one of the eight forms of Indian classical dance. This dance form traces its origins to the nomadic bards of ancient northern India, known as Kathakars or storytellers. The name Kathak is derived from the Sanskrit word katha meaning story and katthaka in Sanskrit means “to tell a story”. 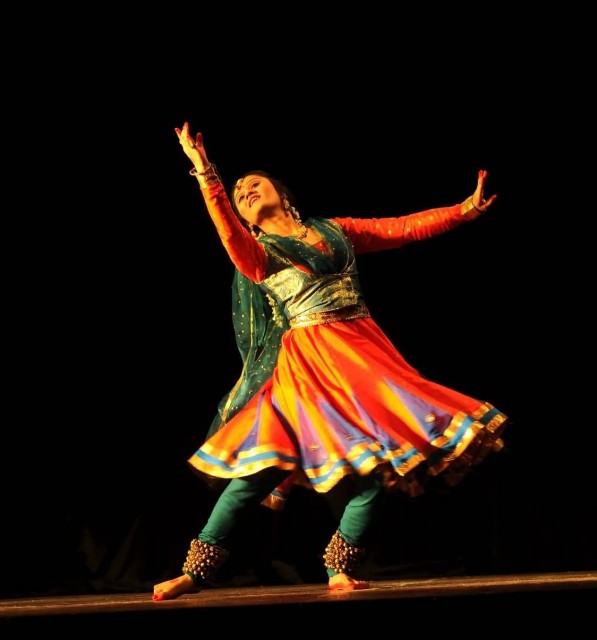 The story of Kathak begins in ancient times with the performances of professional story-tellers called kathakas who recited or sang stories from epics and mythology with some elements of dance. The traditions of the kathakas were hereditary and dances passed from generation to generation. 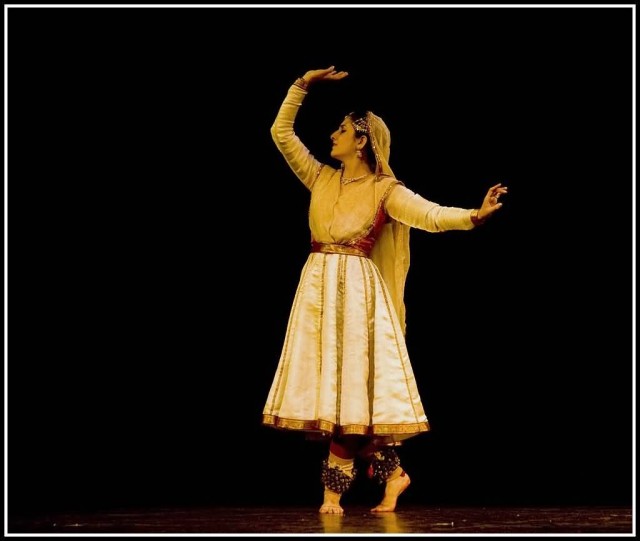 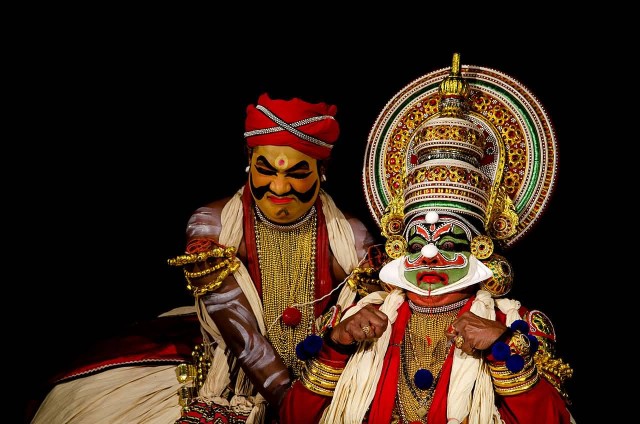 Kathakali is a stylized classical Indian dance-drama noted for the attractive make-up of characters, elaborate costumes, detailed gestures and well-defined body movements presented in tune with the anchor playback music and complementary percussion. 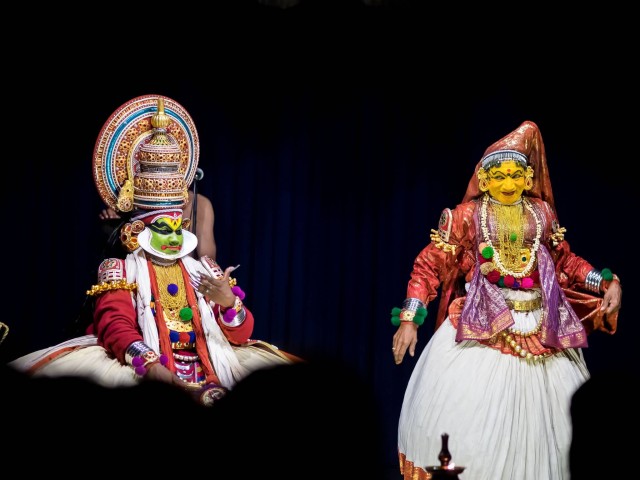 It originated in the country’s present day state of Kerala during the 17th century. According to tradition there are 101 classical Kathakali stories. Traditionally, a Kathakali performance is usually conducted at night and ends in early morning. A Kathakali actor uses immense concentration, skill and physical stamina in dance. 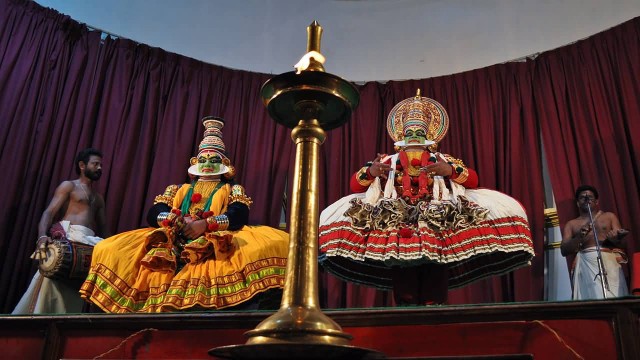 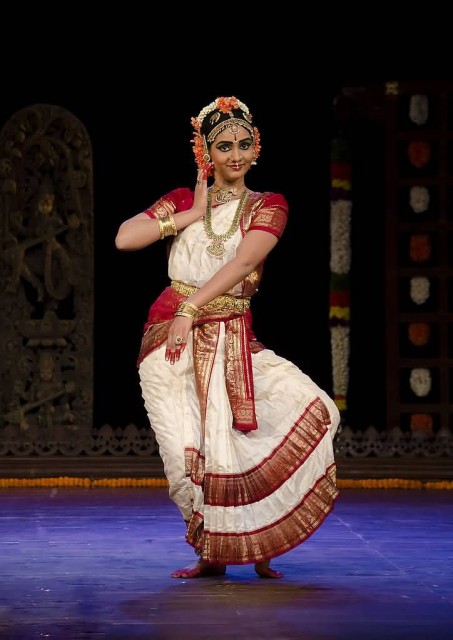 Kuchipudi is a Classical Indian dance from Andhra Pradesh, India. It is also popular all over South India. The performance usually begins with some stage rites, after which each of the characters come on to the stage and introduces herself with a dharavu to introduce the identity, set the mood, of the character in the drama. The drama then begins. The dance is accompanied by song which is typically Carnatic music. The singer is accompanied by mridangam, violin, flute and the tambura. 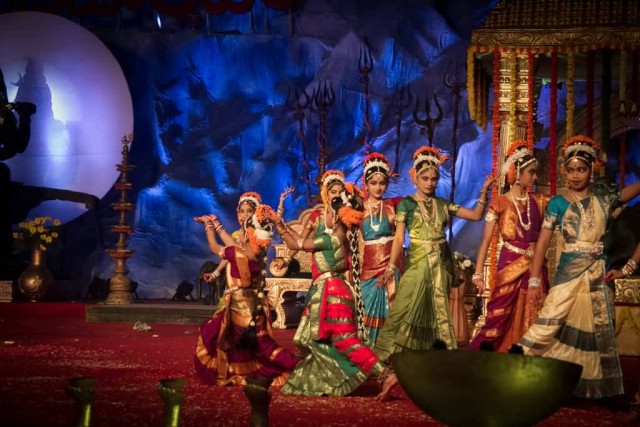 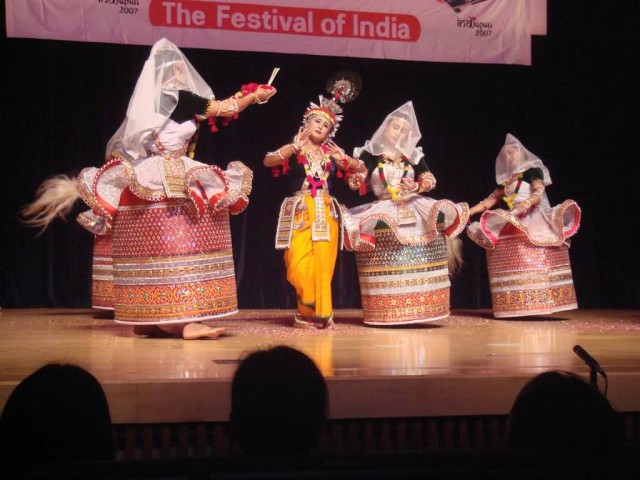 Manipuri dance is one of the major Indian classical dance forms. It originates from Manipur, a state in north-eastern India. The traditional Manipuri dance style embodies delicate, lyrical and graceful movements. The aim is to make rounded movements and avoid any jerks, sharp edges or straight lines. Manipuri dance is purely religious and its aim is a spiritual experience. 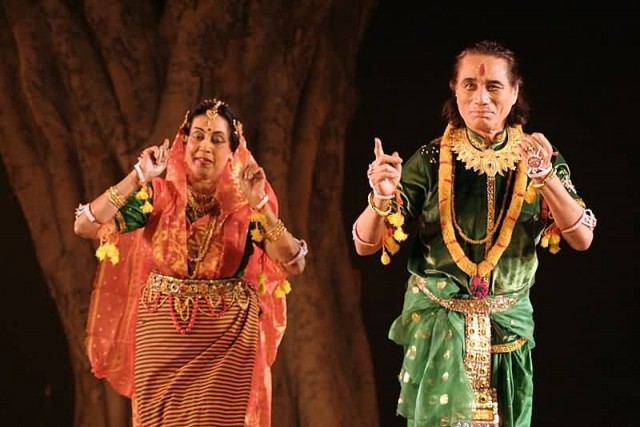 Movements of the body and feet and facial expressions in Manipuri dance are subtle and aim at devotion and grace. The musical instrument used in Manipuri dance like the Pung, a singer, small cymbals, pena and a flute. The lyrics used in Manipuri are usually from the classical poetry of Jayadeva, Vidyapati, Chandidas, Govindadas or Gyandas and may be in Sanskrit, Maithili, Brij Bhasha or others. 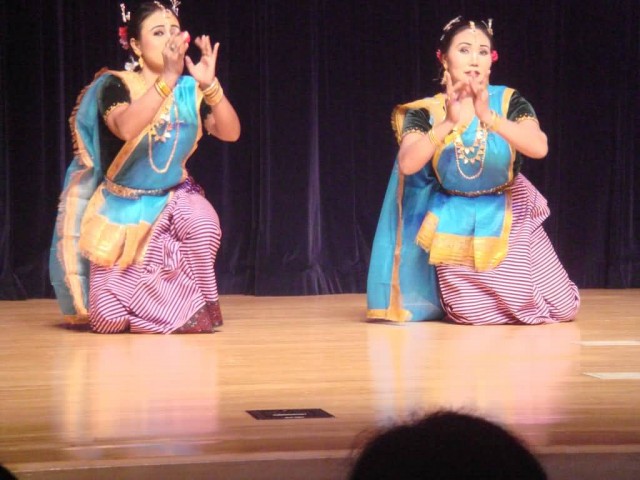 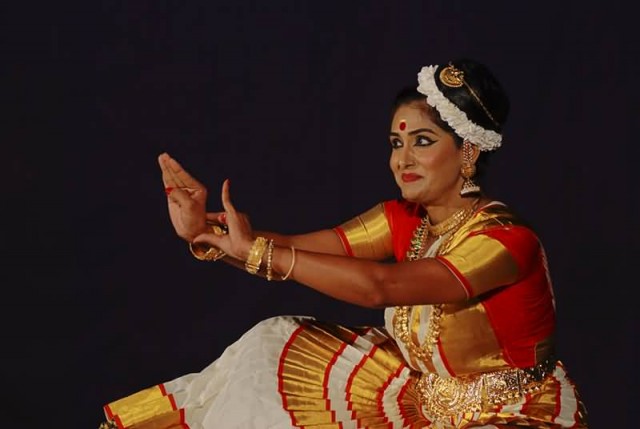 Mohiniyattam is a classical dance form from Kerala, India. Believed to have originated in 16th century CE. It is one of the eight Indian classical dance forms recognized by the Sangeet Natak Akademi. It is considered a very graceful form of dance meant to be performed as solo recitals by women. The word “Mohiniyattam” literally means “dance of the enchantress”. 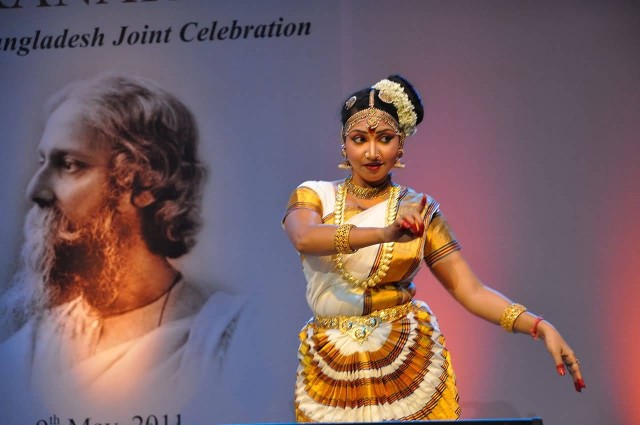 The dance involves the swaying of broad hips and the gentle movements of erect posture from side to side. In this dance there are approximately 40 basic movements, known as atavukal. The lyrics are in Manipravalam, a mixture of Sanskrit and Malayalam. The performer uses the eyes in a very coy, sensual manner to enchant the mind without enticing the senses. 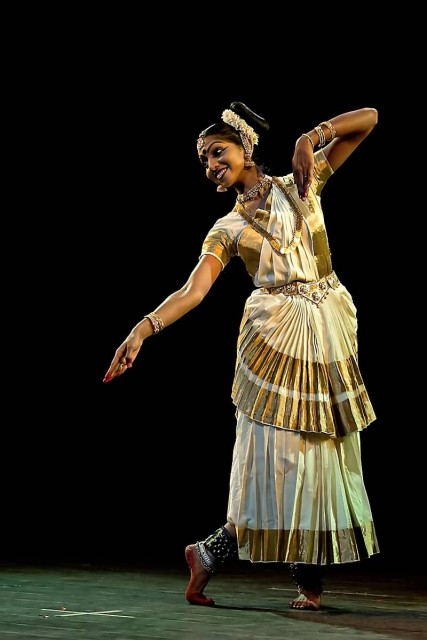 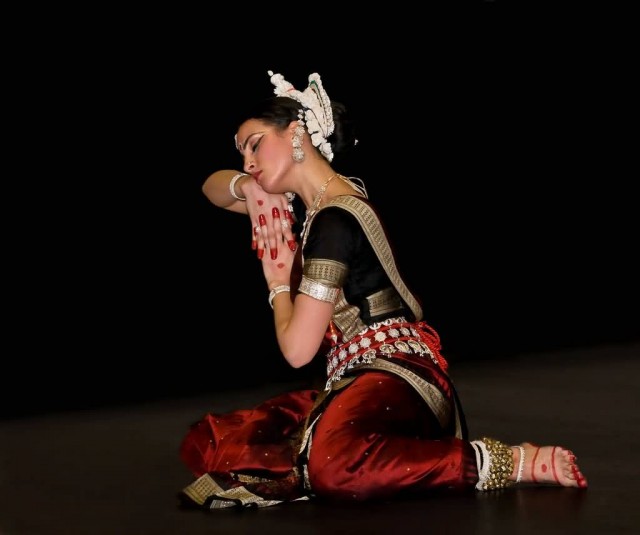 Odissi also known as Orissi is one of the eight classical dance forms of India. It originates from the state of Odisha, in eastern India. It is the oldest surviving dance form of India on the basis of archaeological evidences. The first clear picture of Odissi dance is found in the Manchapuri cave in Udayagiri which was carved during the time of emperor Kharavela. 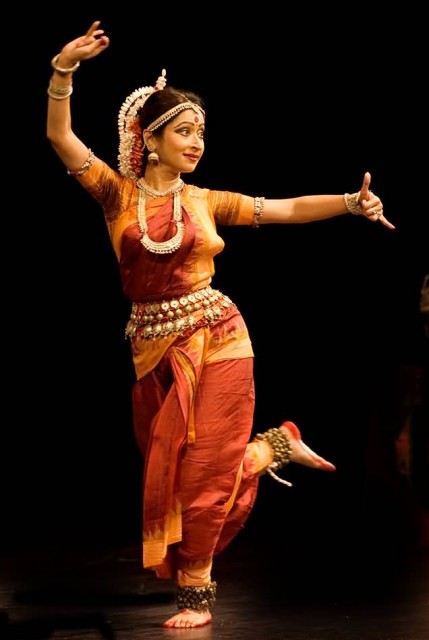 Flanked by two queens, emperor Kharavela was watching a dance recital where a damsel was performing a dance in front of the court along with the company of female instrumentalists. Odissi dance is accompanied by Odissi music, a synthesis of four classes of music i.e. Dhruvapada, Chitrapada, Chitrakala and Panchal. The jewellery is made from intricate filigree silver jewellery pieces and these are an important part of the female Odissi dancer’s costume. 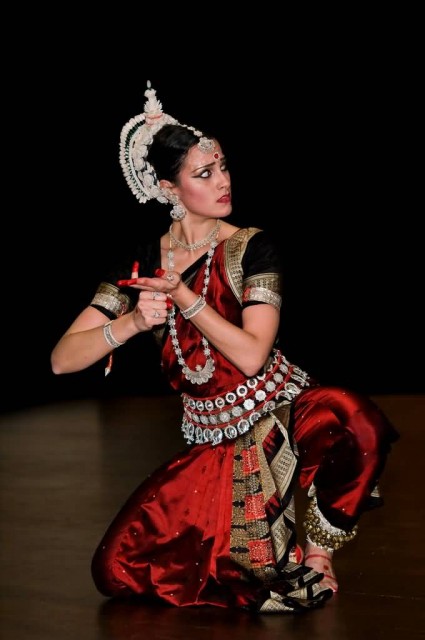 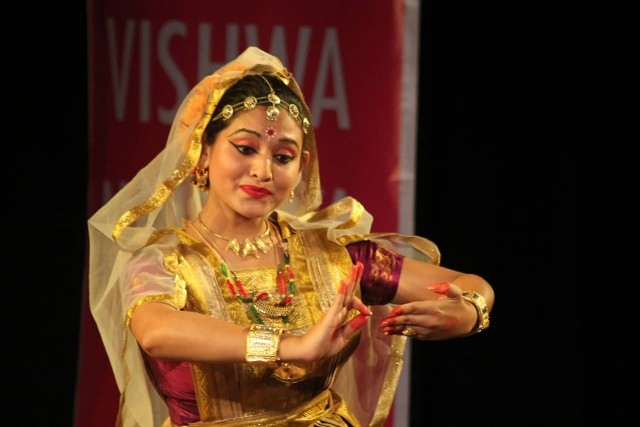 Sattriya or Sattriya Nritya is one among the eight principal classical Indian dance traditions. In the year 2000, the Sattriya dances of Assam received recognition as one of the eight classical dance forms of India. The core of Sattriya Nritya has usually been mythological stories. This was an artistic way of presenting mythological teachings to the people in an accessible, immediate and enjoyable manner. 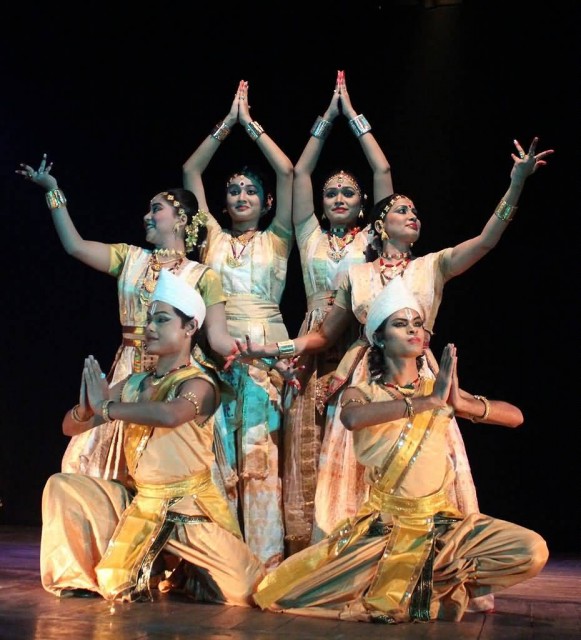 This dance form has remained a living tradition in Assam’s Vaishnava monasteries known as sattras, for over 500 years now. It was originally practised by celibate monks in the form of mythological dance-dramas. Sattriya Nritya is accompanied by musical compositions called borgeets which are based on classical ragas. 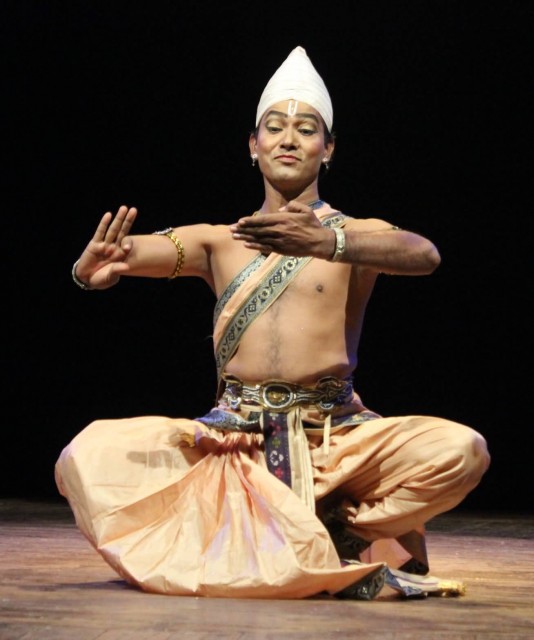