Know all you need to know about Badami Cave Temples 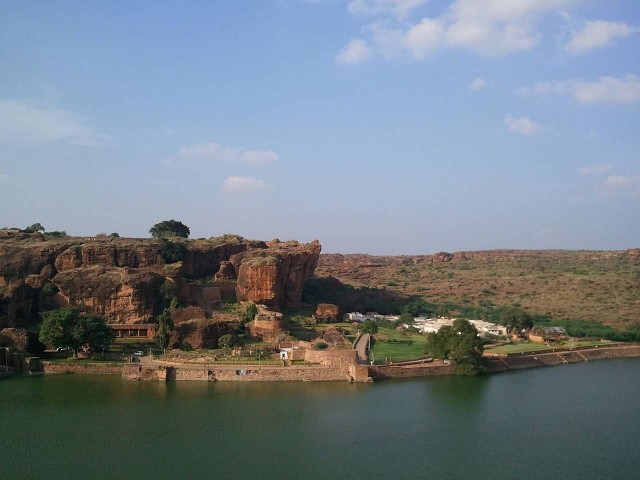 The Badami cave temples are a complex of temples located at Badami. Badami is a town in the Bagalkot District in the Karnataka, India. They are considered as an example of Indian rock-cut architecture, especially Badami Chalukya Architecture. Badami is surrounded in the north and south by forts built in later times. 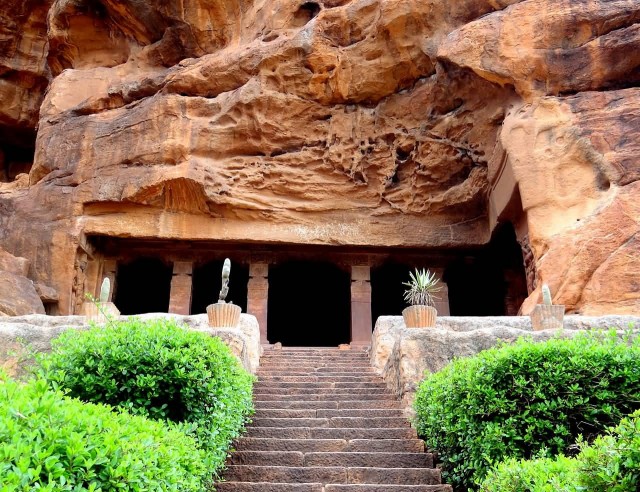 The Badami cave temples are composed of four caves and all are carved out of the soft Badami sandstone on a hill cliff in the late 6th to 7th centuries. The planning of four caves is simple. The entrance is a mukha mandapa with stone columns and brackets, a distinctive feature of these caves, leading to a main hall and then to the small square shrine cut deep into the cave. The Cave temples are linked by stepped path with intermediate terraces that offer spectacular views across the town and lake. 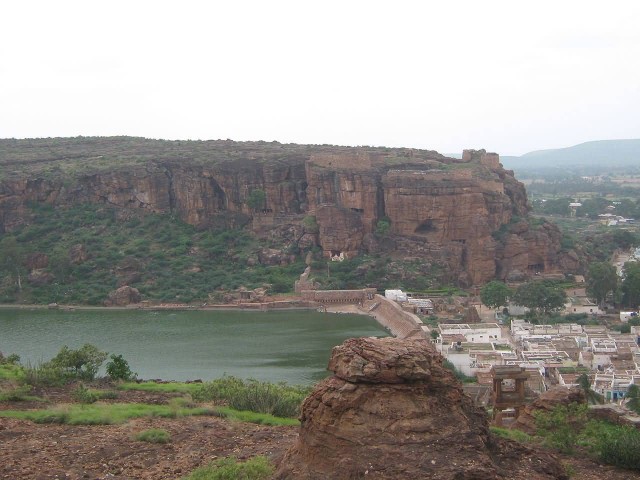 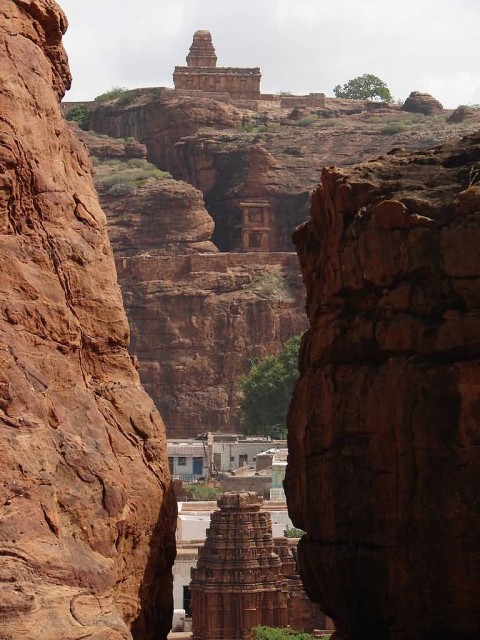 The cave 2 is created in late 6th century AD. It is almost same as cave 1 in terms of its layout and dimensions but it is consecrated to Vishnu who is shown here as Trivikrama. Vishnu in this temple is represented also as Varaha and Krishna avatars. 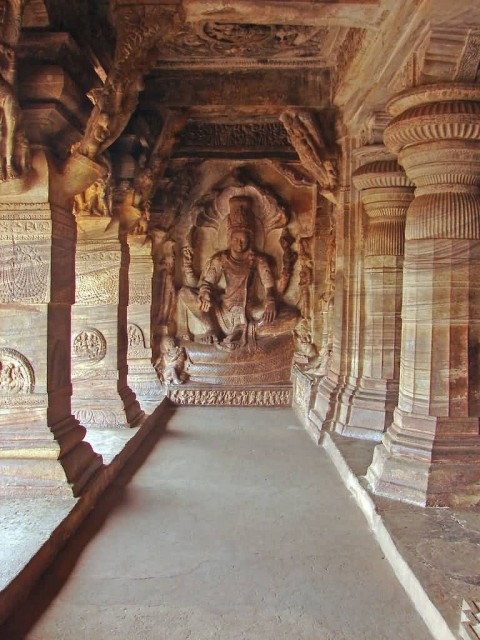 The cave 3 is based on is Shaivite and Vaishnavite. The third cave is dedicated to Vishnu. It has splendid giant figures of Trivikrama, Shankaranarayana, Anantasayana, Paravasudeva, Bhuvaraha, Harihara and Narasimha. 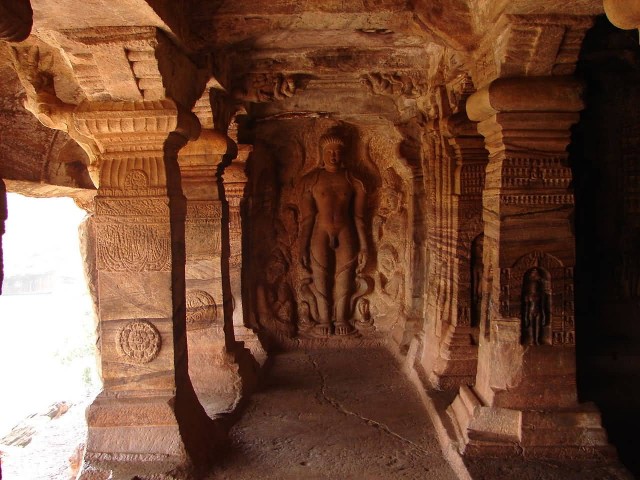 The 4th cave is Jaina which is constructed lastly among all the caves. It is only jain monument of early chalukya period in badami town and it was made in late 6th-7th century. The cave is not as large as the other cave. It is beautiful and rich with decoration. 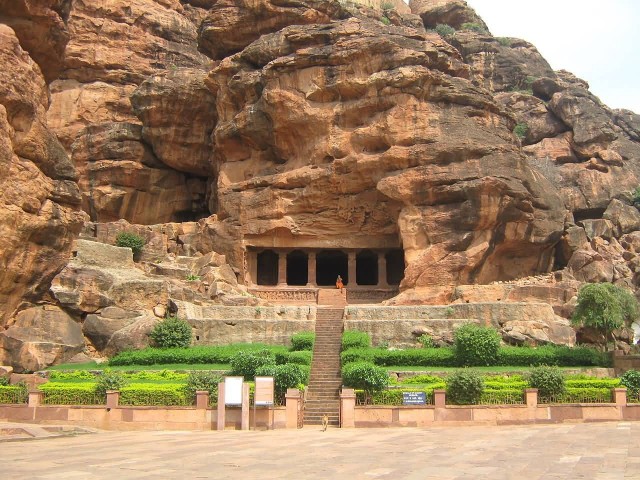