7 Most Amazing Shiva Temples In India 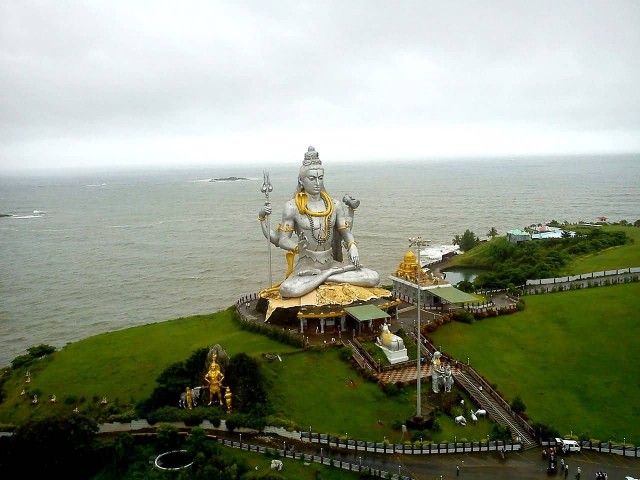 Murudeshwar is a town and its located in Karnataka, India. Murudeshwar is name of the Hindu god Shiva. It is world’s second-tallest Shiva statue. The town is famous for the Murudeshwar Temple.

This temple is built on the Kanduka Hill which is surrounded on three sides by the waters of the Arabian Sea. A 20-storied gopura is constructed at the temple. The temple authorities have installed a lift that provides a breath-taking view of the 123-feet Shiva idol from the top of the Raja gopura. 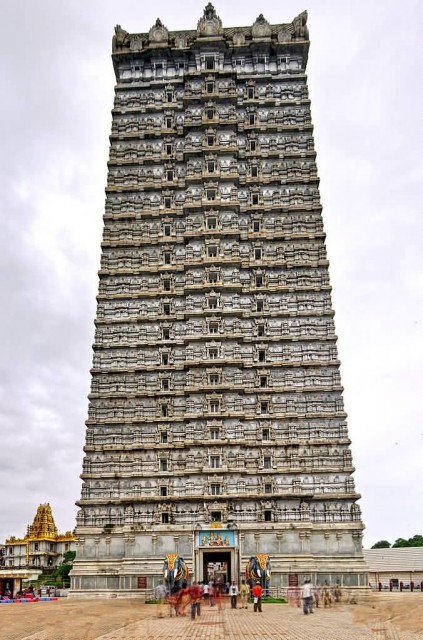 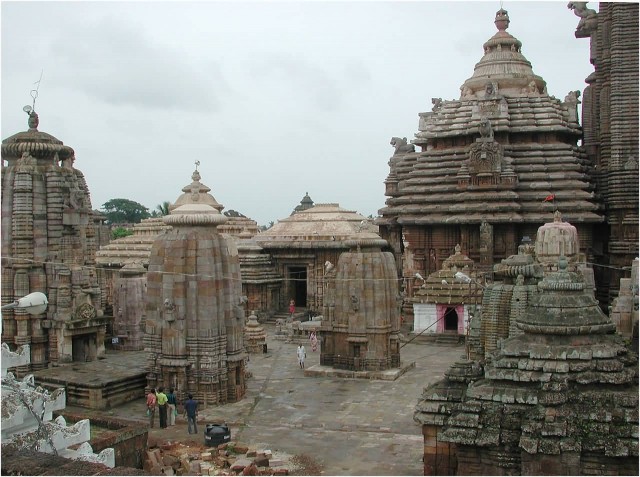 Lingaraj Temple is a Hindu temple and its dedicated to Harihara. Harihara is a form of Shiva and is one of the oldest temple in Bhubaneswar. The temple is the most prominent landmark of the Bhubaneswar city and one of the major tourist attractions of the state.

The central tower of the temple is 180 ft tall. The temple represents the quintessence of the Kalinga Architecture. The temple is built in the Deula style that has four components namely vimana, jagamohana, natamandira and bhoga-mandapa. Shivaratri festival is the major festival celebrated in the temple. 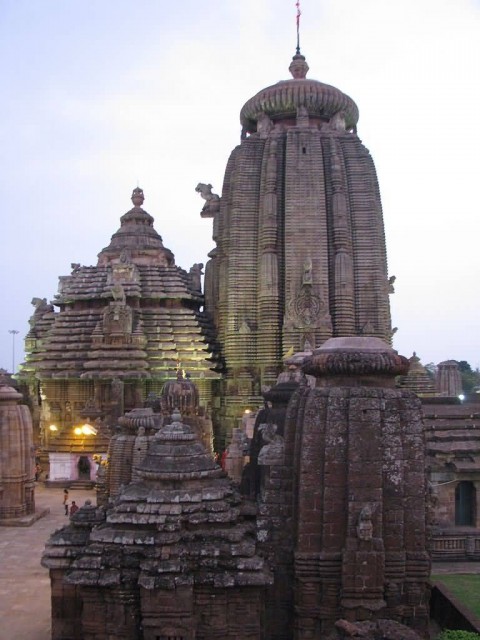 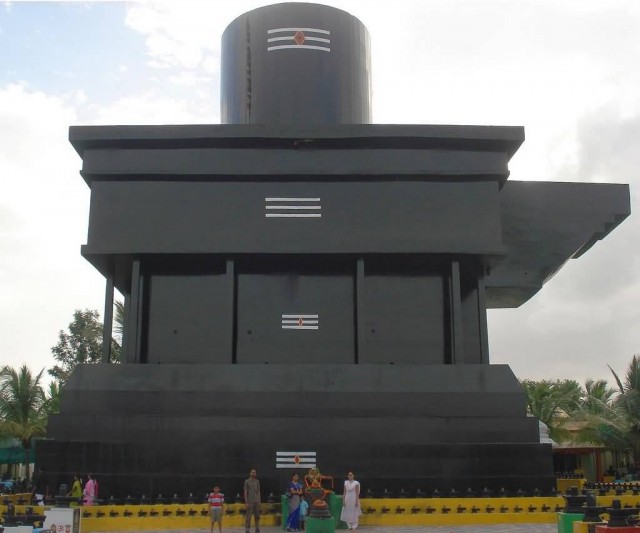 Kotilingeshwara temple is located in Kammasandra village, Karnataka, India. This place has the distinction of having one of the largest Shivalinga in the world. Over 2 Lakh devotees visit the temple on Maha Shivratri every year. The shivlinga is 108 ft tall.

Lakhs of small shivalingas spread over surrounding area of 15 acres. In front of this huge Linga there is a huge Nandi which is 35 feet tall. There are eleven small temples of various deities constructed within the premises of the Lord Kotilingeshwara temple. 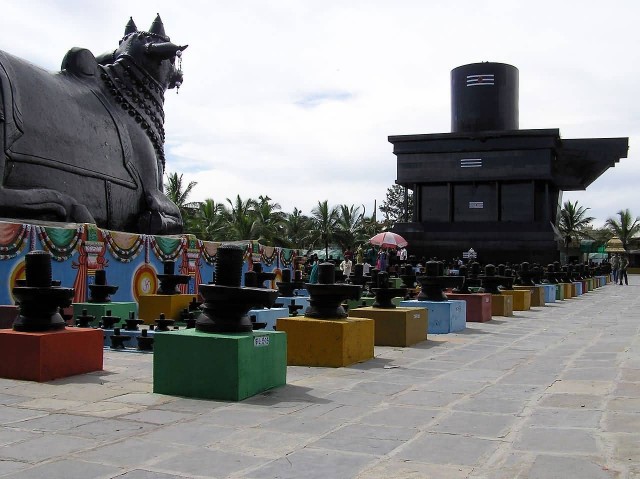 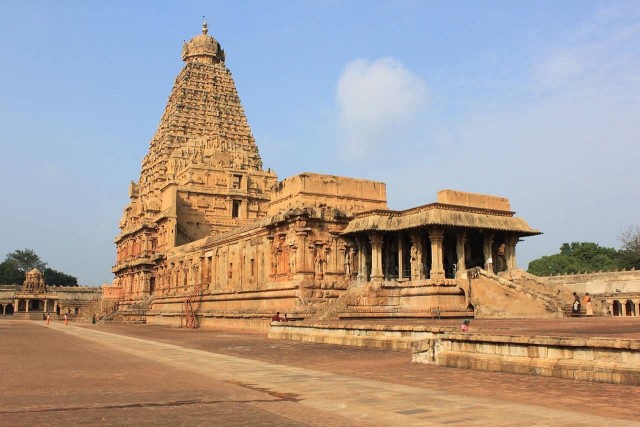 The Peruvudaiyar Kovil is a Hindu temple dedicated to Shiva that is located in the city of Thanjavur in Tamil Nadu. It is an important example of Tamil architecture achieved during the Chola dynasty. It is also known as Periya Kovil, Brihadeshwara Temple, RajaRajeswara Temple and Rajarajeswaram. It is one of the largest temples in India.

The temple tower is 216 ft high. The Kumbam of the temple is carved out of a single rock and it weighs around 80 tons. There is a big statue of Nandi at the entrance of temple. The entire temple structure is made out of granite. The temple is the most visited tourist attraction in Thanjavur and the state. 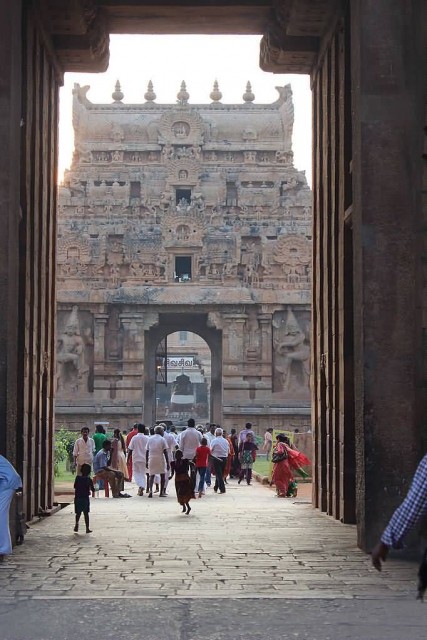 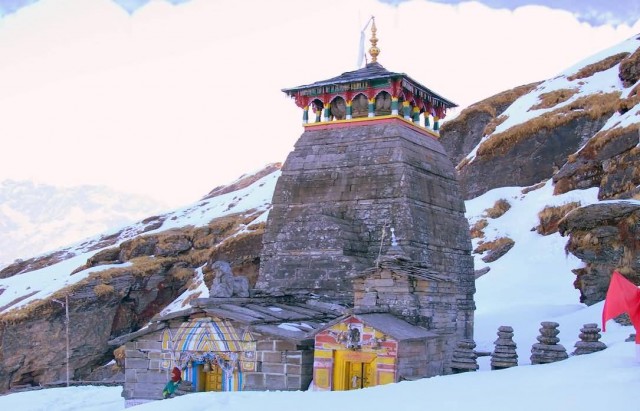 Tungnath is the highest Shiva temple in the world and it is located in the Rudraprayag district, Uttarakhand, India. The temple is believed to be 1000 years old and it is the second in the pecking order of the Panch Kedars.

It has a rich legend linked to the Pandavas and heroes of the Mahabharata epic. This temple built in the North Indian style. Surrounding this temple, there are a number of small temples of several gods. Tungnath is also a well known trekking destination. 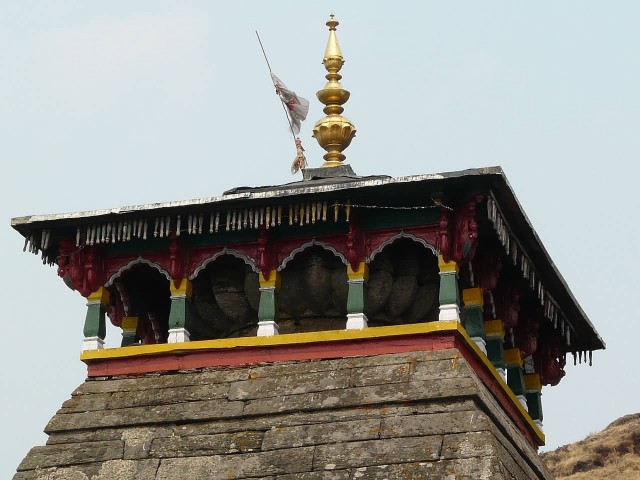 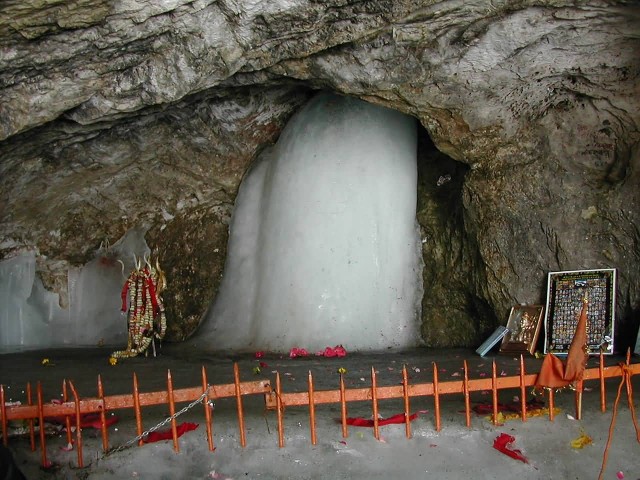 Amarnath cave is a Hindu temple located in Jammu and Kashmir, India. It is dedicated to Shiva. It is about 141 km from Srinagar. The shrine forms an important part of Hinduism and is considered to be one of the holiest shrines in Hinduism. Devotees throng this natural cave with its naturally formed ice ‘shivlinga’, a symbol of the deity, as the main attraction. The main purpose of the annual pilgrimage to the cave is worship of the ice stalagmite Lingam. 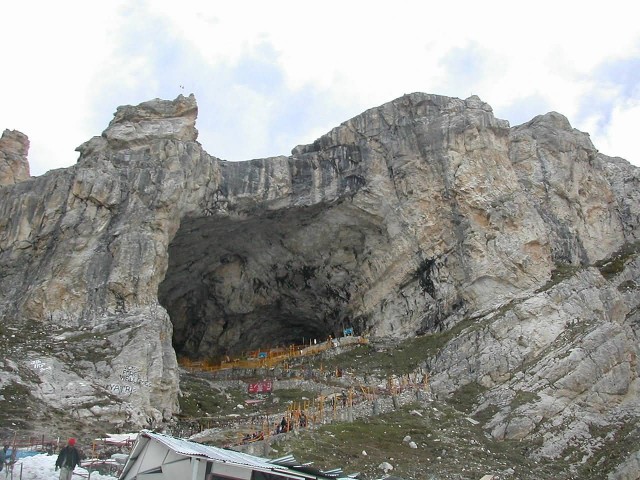 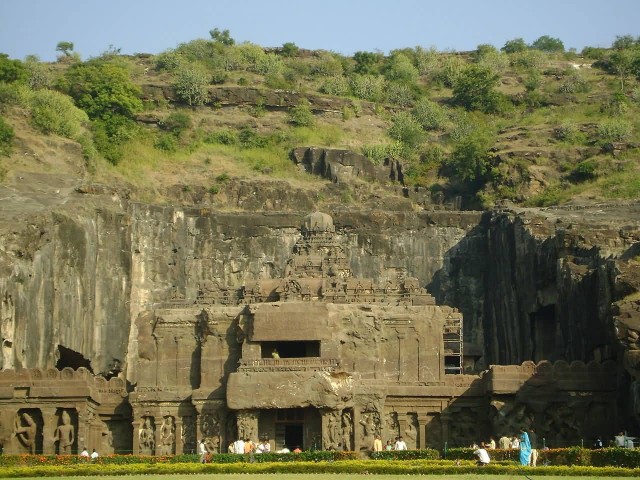 The Kailasanatha temple is a famous rock cut monument and temples known collectively as the Ellora Caves located at Ellora, Aurangabad, India. The Kailasanatha temple is a remarkable example of Dravidian architecture on account of its striking proportion, elaborate workmanship, architectural content and sculptural ornamentation of rock-cut architecture. It is designed to recall Mount Kailash, the home of Lord Shiva. 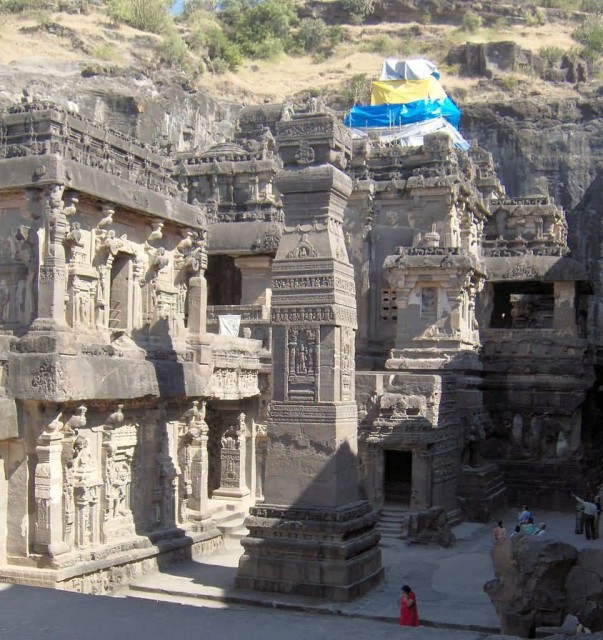