7 Instant Noodle Brands That They Popular All Over The World 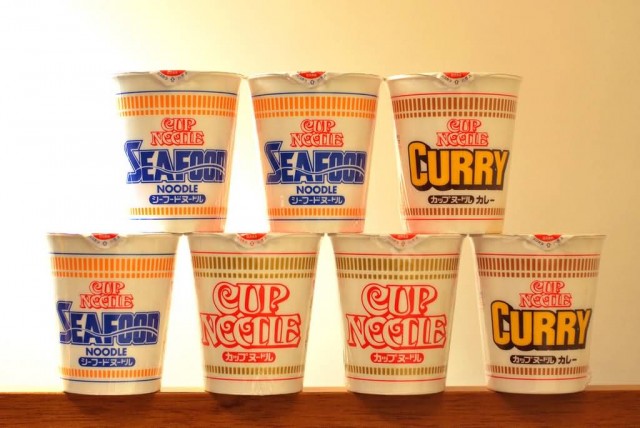 Cup Noodles is a brand of instant ramen noodle snack manufactured by Nissin, packaged in a foam food container, hard plastic or paper cup. Other brand names are used in specific countries, such as the singular Cup Noodle in Japan and the product has inspired numerous competitors, such as Maruchan’s Instant Lunch. Instant noodles were invented in 1958 by Momofuku Ando, the Taiwanese-born founder of the Japanese food company Nissin. He used Chikin Ramen (Chicken Ramen) as the first instant ramen noodles. 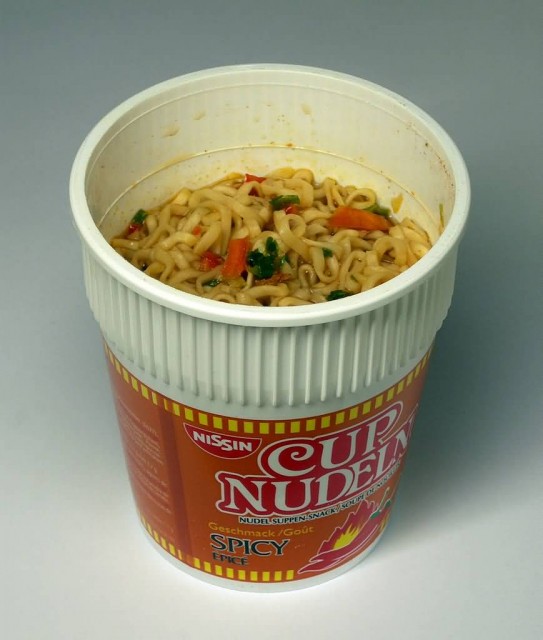 Today, instant noodles in Japan are often sold in foam bowls, sometimes with plastic utensils. Foam bowls are inexpensive, disposable, light, and easy to hold, since they insulate heat well. Different flavors are available in other parts of the world, such as tom yum in Thailand, curry in Japan, crab in Hong Kong, Bolognese sauce in Brazil. 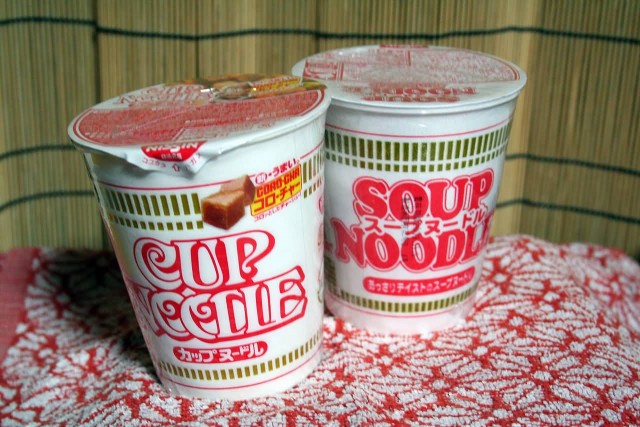 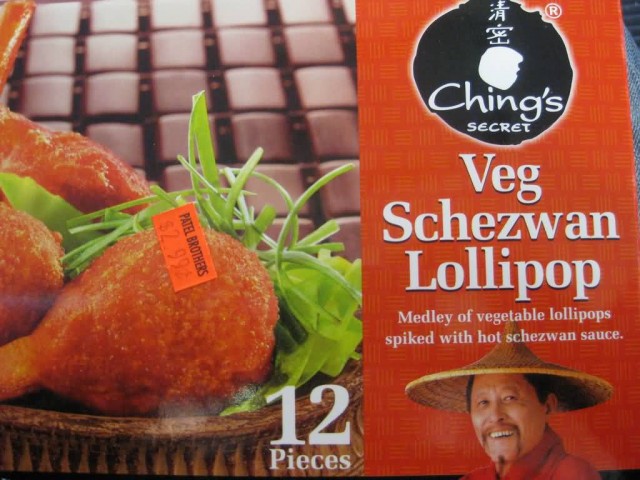 Ching’s Secret is an Indian brand of Hakka Chinese ingredients, condiments and ready to eat meals. Ching’s Secret is owned by Capital Foods, which also owns the Smith & Jones, Raji and Swad brands. Ching’s Secret was formed in 1996 which specializes in a range of products in Indian Chinese cuisine. The brand ambassador of Ching’s Secret is Bollywood superstar Ranveer Singh. A song named ‘My name is Ranbir Ching’ was created with the actor. 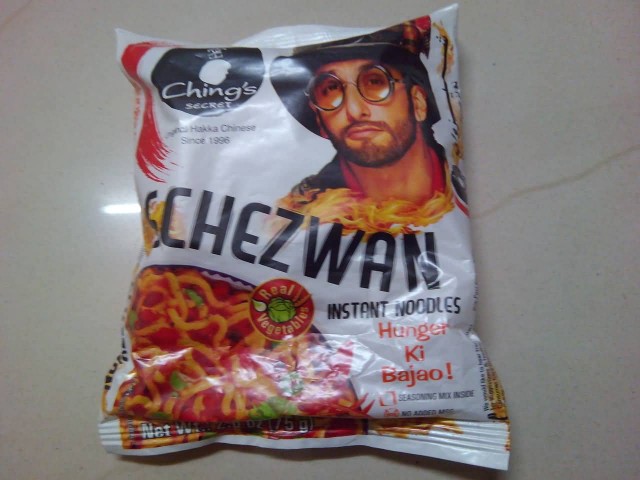 Nissin Foods is a Japanese company that makes instant noodles. It was established in Japan on September 4, 1948 by Momofuku Ando as Nissin Food Products Co., Ltd. of Japan and ten years later introduced the first instant ramen noodle product, Chikin Ramen (Chicken Ramen). They established a US subsidiary Nissin Foods in 1970 and sold instant ramen noodle products under the name Top Ramen. 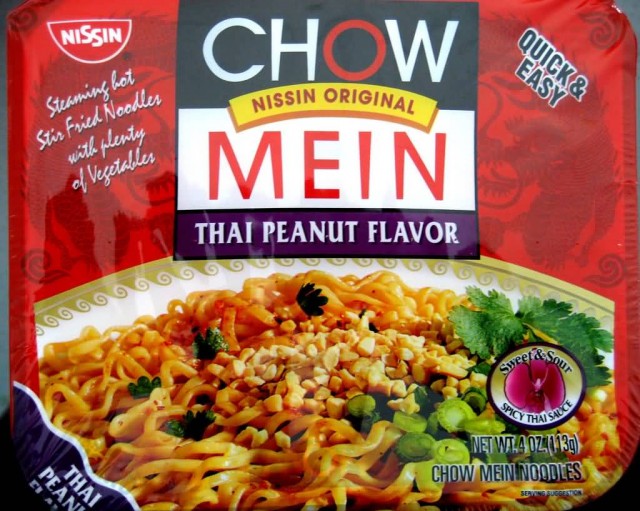 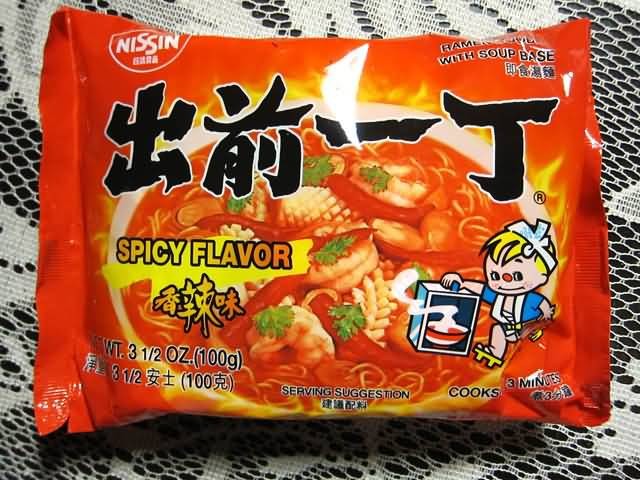 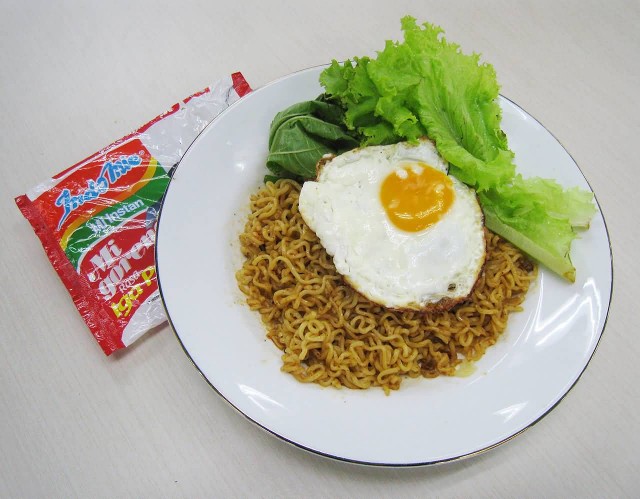 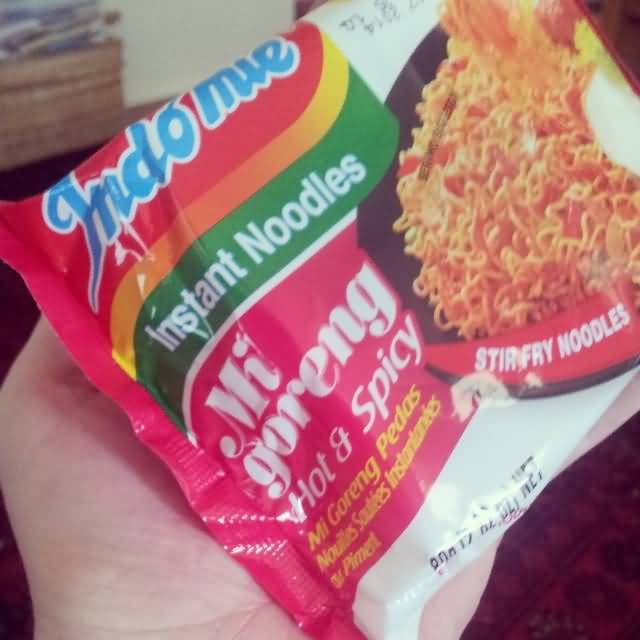 Nongshim (Nongshim Co., Ltd.) is South Korea’s largest processed food manufacturer, specializing in instant noodles and snacks. The company was established under the name Lotte Industrial Company on September 18, 1965, in South Korea and changed its name in March 1978. Its products are sold around the world. Nongshim makes Shin Ramyun, Beef Bowl Noodle Soup, Chapagetti noodle and a wide variety of snacks including shrimp crackers called Saewookkang, which are similar to Kappa Ebisen, which is produced by Calbee.

Nongshim has ten subsidiary companies, which are grouped together under the holding company, Nongshim Group. The companies include Mega Mart, which deals with distribution and discount stores, Taekyung Nongsan, Korea’s largest dry-food manufacturer and Youlchon Chemistry, which deals with packaging. 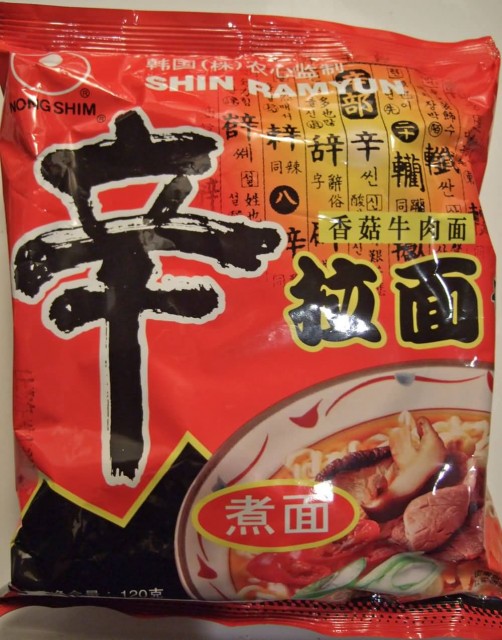 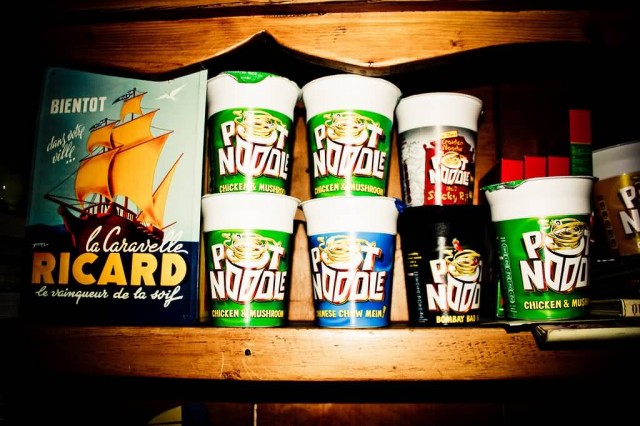 Shin Ramyun is a brand of instant noodle produced by Nong Shim Ltd. in South Korea since 1986. It is exported to over 80 different countries and is the highest selling brand of noodles in South Korea. In April 2011, the brand launched Shin Ramyun Black at twice the price of the regular Shin Ramyun.

Shin Ramyun is packaged with its distinctive shiny seasoning packet and a plastic packet of dehydrated vegetables. The noodles are dry and packed tightly like any other noodles. Some have a circular shape but models sold in Korea have a square block shape. Instant cup or instant bowl form could be bought in convenience stores. Recently there are several different versions including Seafood shin ramyun and Black Shin Ramyun. 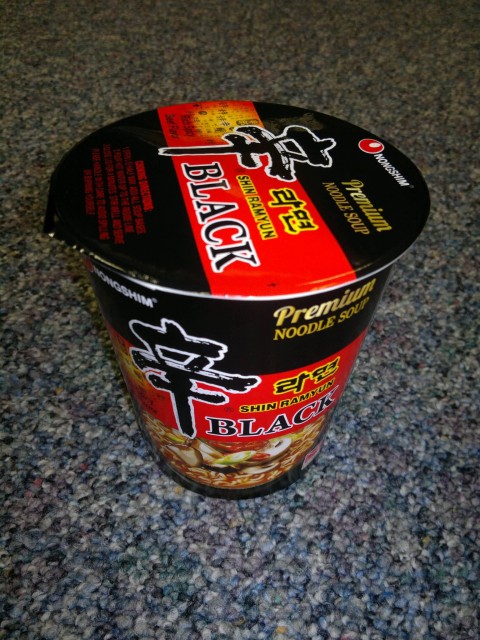