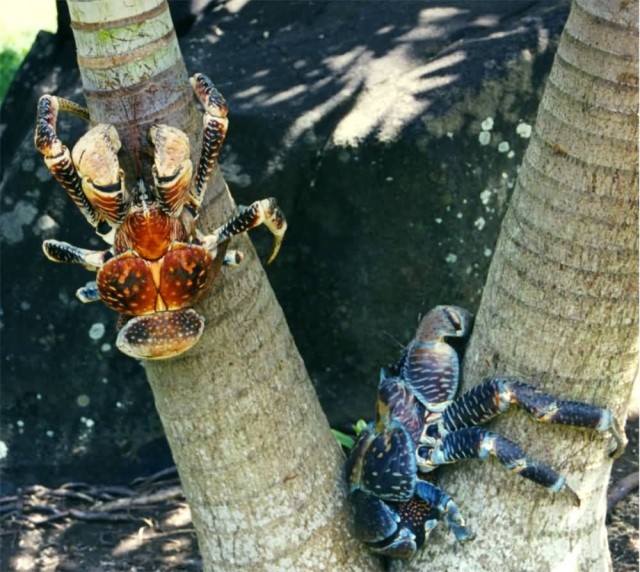 The coconut crab (Birgus latro) is a species of terrestrial hermit crab and it’s also known as the robber crab or palm thief. It is the largest land-living arthropod in the world. The weight of the crab is up to 4.1 kg and It can grow to up to 1 m in length from leg to leg. Male crabs generally being larger than female crabs. It is found on islands across the Indian Ocean and parts of the Pacific Ocean as far east as the Gambier Islands, mirroring the distribution of the coconut palm. 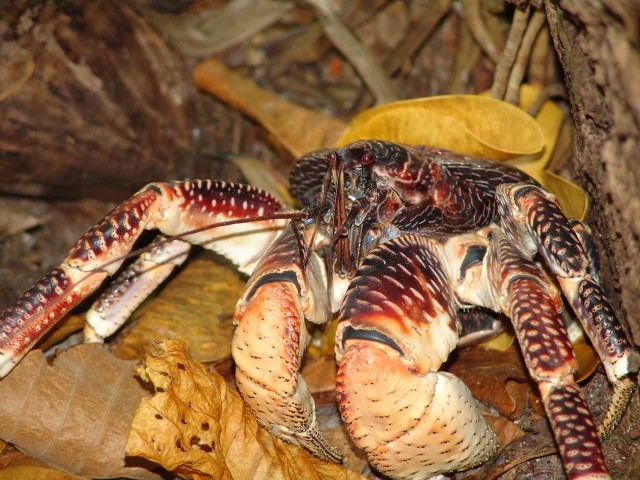 The coconut crab is the only species of the genus Birgus. The body of the coconut crab is like that of all decapods, divided into a front section which has 10 legs and an abdomen. There is some difference in colour between the animals found on different islands ranging from orange-red to purplish blue. In most regions, blue is the predominant colour but in some places most individuals are red. 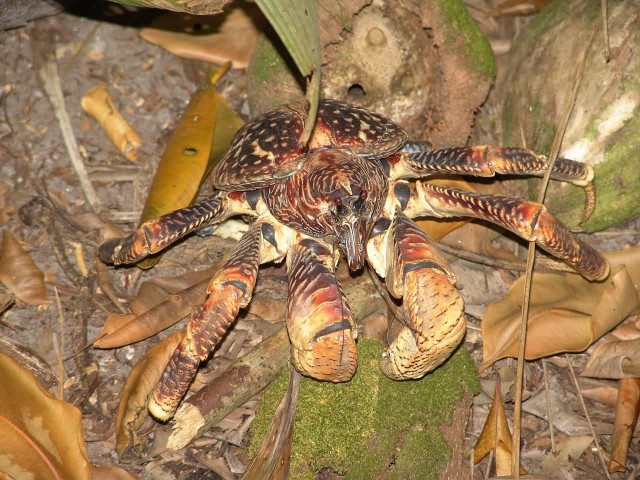 Coconut crabs cannot swim and they will drown if left in water for more than an hour. They use a special organ called a branchiostegal lung to breathe. Coconut crabs use empty gastropod shells for protection. The coconut crab has a well-developed sense of smell which it uses to locate its food. The process of smelling works very differently depending on whether. Christmas Island in the Indian Ocean has the largest and densest population of coconut crabs in the world. 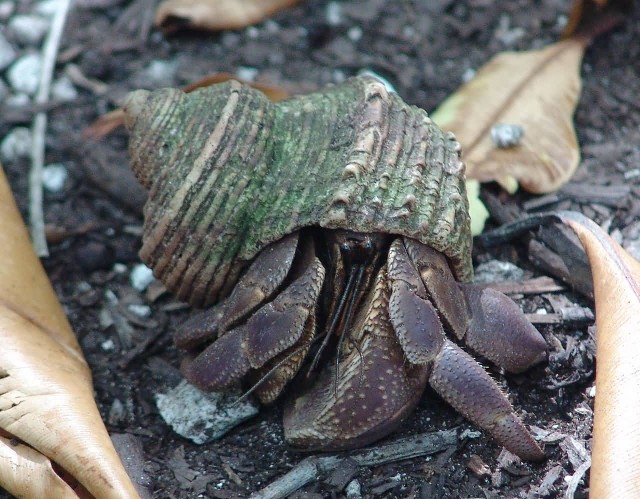 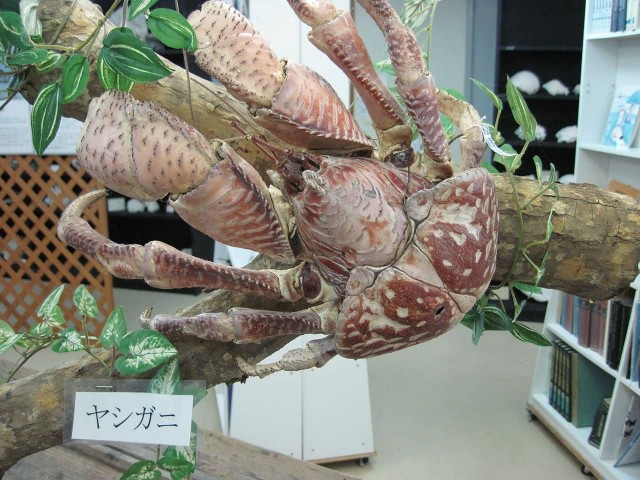