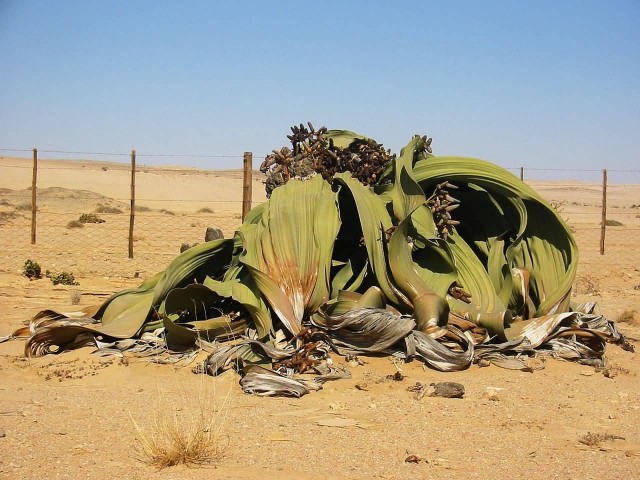 Welwitschia is a monotypic gymnosperm genus. The plant is commonly known simply as Welwitschia and has various common names in local languages like kharos, nyanka and onyanga. 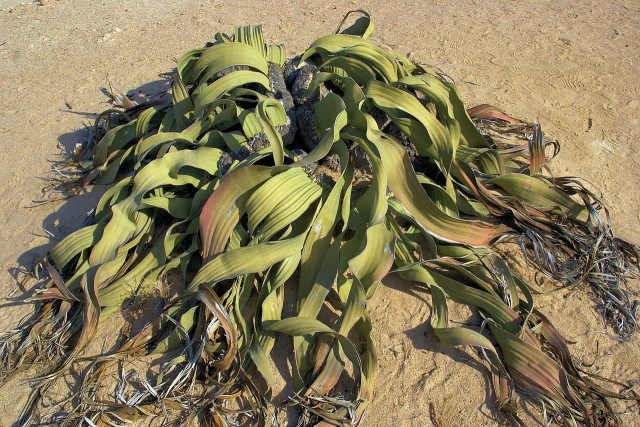 Welwitschia mirabilis is endemic to the Namib desert within Namibia and Angola. Welwitschia has an elongated, but relatively shallow root system and a woody, fibrous unbranched stem. It consists of 2 leaves that grow continuously. 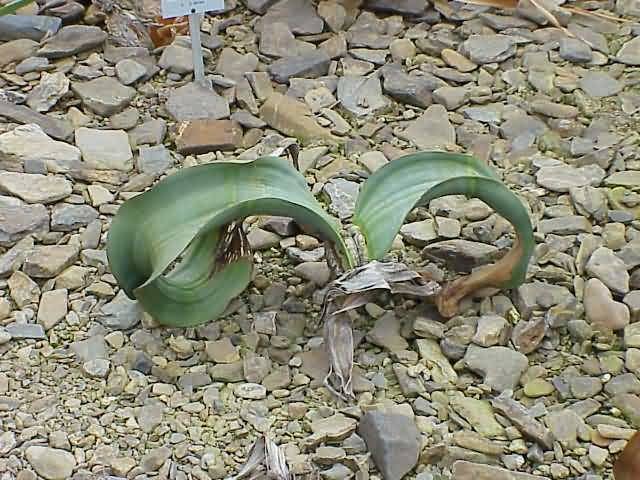 This plant is dioecious with separate male and female plants. Fertilization, that is, the transfer of the pollen from the male to the female strobili is carried out by insects. The insects responsible include flies and true bugs.

They eventually grow to a length of 2–4 m and usually become split. These leaves are continue to grow in length throughout the entire life of the plant. They are the only leaves that the plant will bear, since the stem is acephalous. 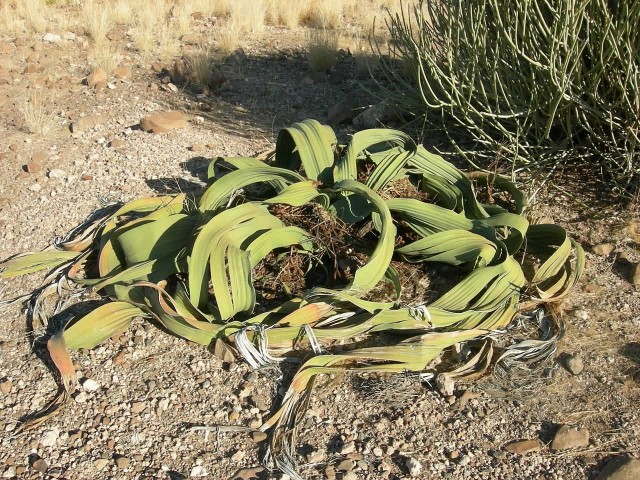