Do You Know Why Lord Ganesha Has A Half Broken Tusk (Tooth)? 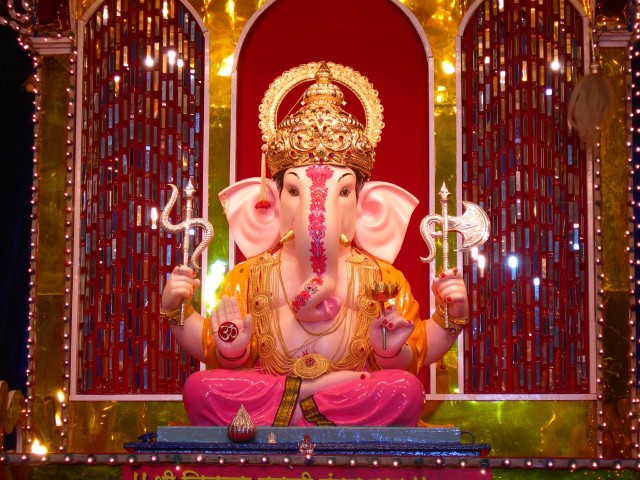 The most popular story as to how Ganapati lost his tusk is as follows. Veda Vyasa decided to compose the huge epic Mahabharata. He needed some body to write down his composition, as soon as he composes it. Ganapati, being the God of knowledge, was requested to do this job. Ganapati agreed on one condition. Veda Vyasa should dictate all he wants to write at one stretch and without break. Vyasa agreed but he put a condition that Lord Ganapati should write a verse only after understanding it. After agreeing to this Ganapati broke one of his tusks and used it as a pen. Veda Vyasa composed extremely difficult to understand verses, whenever he wanted time to think. This was the reason why Ganapati become the one tusked God. 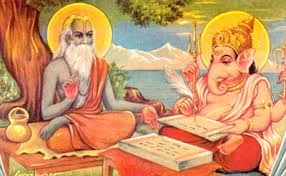 Padma Purana ascribes a completely different reason for this. It seems once Lord Parasurama went to Kailasa to see Lord Shiva. Lord Shiva was at that time asleep. Lord Ganapati, who was guarding the room of Lord Shiva, did not allow Parasurama inside. A war ensued between Ganapati and Parasurama and in this war Ganapati lost one of his tusks because of the axe of Parasurama which had been gifted to him by Lord Shiva.

There is yet another story connecting moon to the loss of one tusk of Ganapati. This is as follows. Once on a Vinayaka Chathurthi, Ganapati got very large offering of very tempting Modhaks. He ate all that was offered and being unable to walk with a heavy belly, mounted on his steed, the mouse. Suddenly a snake appeared from the forest. The mouse on whom, Ganapati was riding was terrified at the sight of a snake and started running away. Naturally Ganapati fell from his steed and his belly broke slightly. Not loosing his presence of mind Ganapati caught hold of the snake and tied his belly tightly. Chandra, who was seeing all this laughed at Ganapati. The short tempered Ganapati became very angry, broke one of his tusks and threw it at the moon. The Moon broke in to pieces. Ganapati also cursed the moon, that, he would become a dark globe within 15 days, daily loosing one crescent and whosoever sees him on a chathurthi day (Fourth day of the waning moon) would be laughed at. Later Lord Shiva brokered a peace between Ganapati and the moon. He said Moon will get reduced to dark as per Ganapati’s curse and later regain his brilliance in another 15 days.(Some people ascribe the moon’s downfall due to a curse by Daksha, when he saw that . out of his 27 daughters married to moon, he was showing partiality to only one girl “Rohini”.)