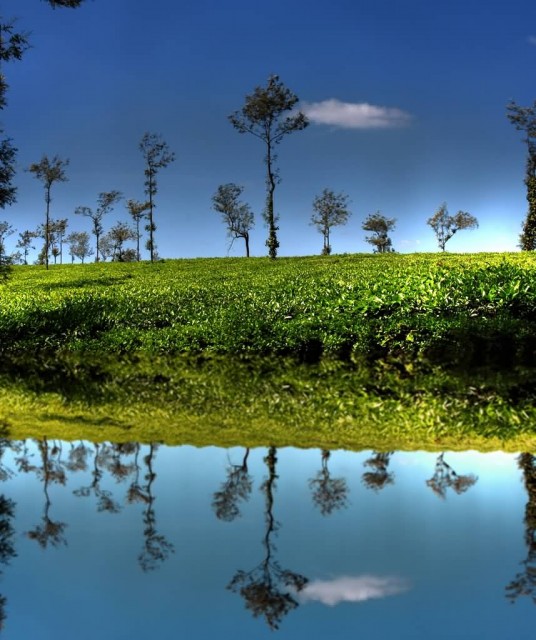 Madikeri is a hill station town in Karnataka state, India. Also known as Mercara, it is the headquarters of the district of Kodagu. It is a popular tourist destination.

Kodava Nadu is a tourist attraction, known for its coffee and its ethnic warrior people. Kodagu is rated as one of the top hill station destinations in India. Some of the most popular tourist attractions in Kodagu include Talakaveri, Bhagamandala, Nisargadhama, Abbey Falls, Dubare, Nagarahole National Park, Iruppu Falls, and the Tibetan Buddhist Golden Temple.

Talakaveri is the place where the River Kaveri originates. The temple on the riverbanks here is dedicated to lord Brahma, and is one of only two temples dedicated to Brahma in India and Southeast Asia. Bhagamandala is situated at the Sangam of two rivers, the Kaveri and the Kanika. A third river, the Sujyothi, is said to join from underground, and hence this spot is called the Triveni Sangam. 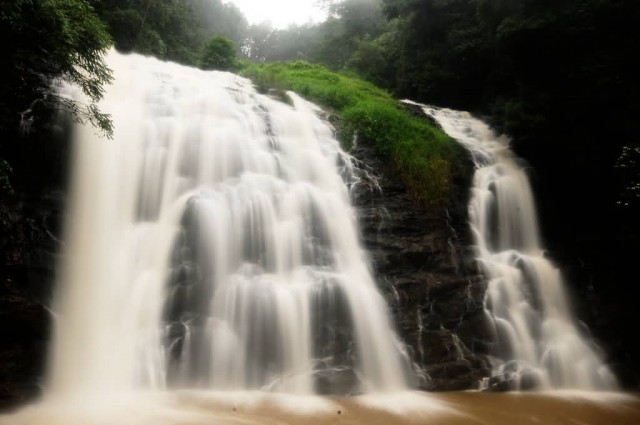 Iruppu Falls is a sacred Kodagu Hindu spot in South Kodagu in the Brahmagiri hill range. The Lakshmana Tirtha River, with the waterfalls, flows nearby and has a Rameshwara temple on its banks.
Omkareshwara Temple is a beautiful temple built in the Indo-Sarcenic style in Coorg. A legend is associated with the temple, built by Lingrajendra II in 1820 CE. The king put to death a pious Brahmin who dared to protest against his misdeeds. The spirit of the dead man began to plague the king day and night. On the advice of wise men, the king built this temple and installed a shivlinga procured from Kashi, North India.

Dubare is mainly an elephant-capturing and training camp of the Forest Department at the edge of Dubare forest; on the bank of the river Kaveri along the Kushalanagara–Siddapura road. Nagarahole is a national park and wildlife resort. Nisargadhama is a man-made island and picnic spot near Kushalanagara, formed by the river Kaveri.

Abbey Falls is a scenic waterfall 5 km from Madikeri. Mallalli falls is 25 km from Somwarpet, downhill of the Pushpagiri hills. Mandalapatti is 28 km from Madikeri. On the way to Abbey Falls, before 3 km from Abbey Falls take right, from there 25 km.
The Tibetan Buddhist Golden Temple is at Bylakuppe near Kushalnagar of Kodagu district, in the Tibetan refugee settlement. 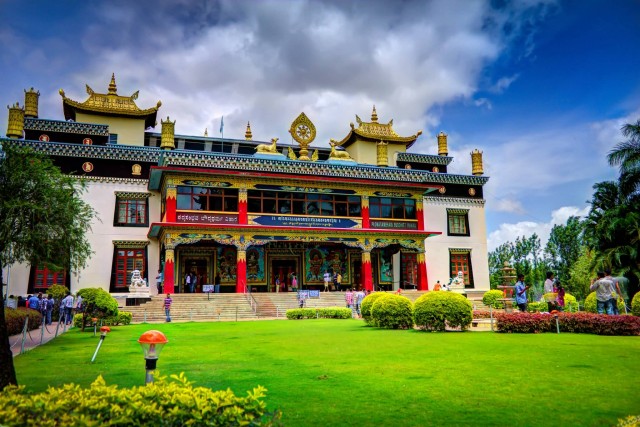 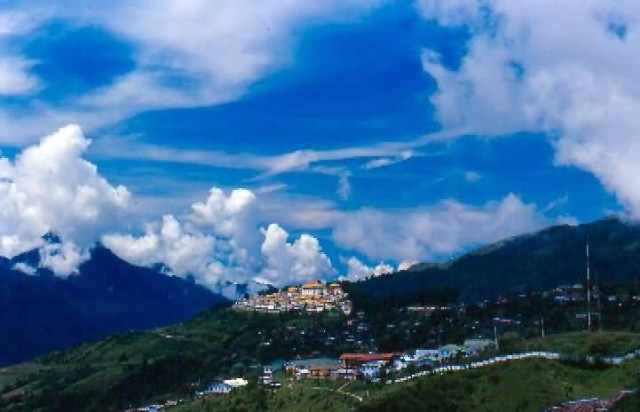 Tawang is a town situated at an elevation of approximately 3,048 m in the northwestern part of Arunachal Pradesh of India. The area is claimed by both the People’s Republic of China and the Republic of India as a part of South Tibet. The town once served as the district headquarters of West Kameng district, and became the district headquarters of Tawang district when it was formed from West Kameng.

Tawang is a popular tourist destination thanks to the well-preserved Tawang Monastery. The Sela Pass rises steeply and is covered with snow for most of the year. Jang waterfall is a big tourist attraction. Tawang district has a handicrafts centre that promotes the small-scale industries for local handicrafts. 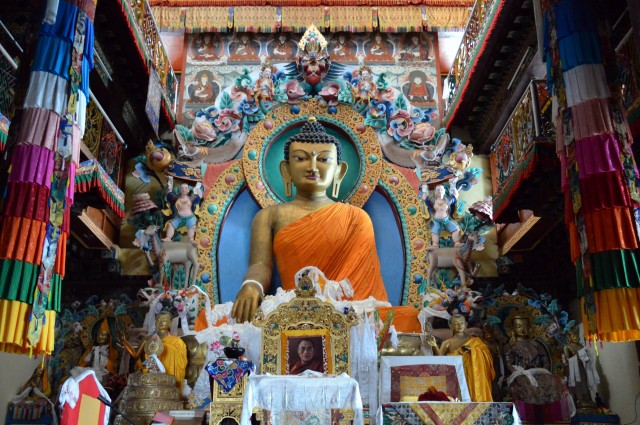 Visitors to Tawang district require a special Inner Line Permit from the government which are available in Kolkata, Guwahati, Tezpur, and New Delhi. Most of the travel from the plains is on a steep hill road journey, crossing Sela Pass at 4,176 m. Tourists can travel to Tawang from Tezpur, Assam by road. Tezpur has direct flights from Kolkata. Guwahati, Assam, is 16 hours by road.

In June 2008, a daily helicopter service from Guwahati was started by the Arunachal Pradesh government. Road travel to Tawang from Tezpur, Assam, is by buses, private taxis and shared taxis. It is an arduous journey: most of the road is loose tarmac and gravel giving way to mud in many places. However, it is a scenic journey of nearly 12 hours, crossing Bomdila Pass 2,438 m, peaking at Sela Pass 4,176 m, Jaswant Garh and, finally, Tawang. 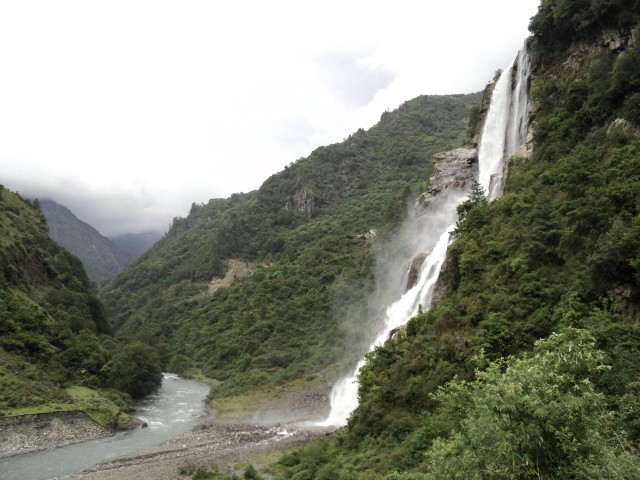 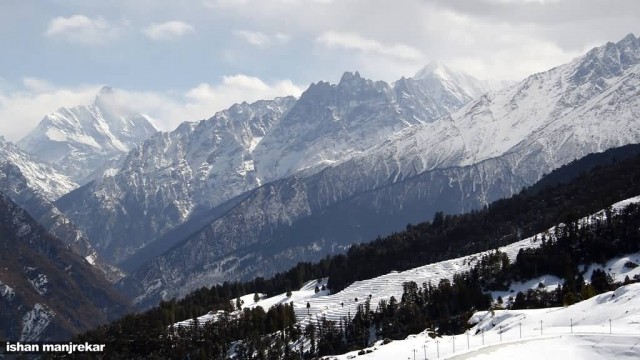 Auli is an important ski destination in the Himalayan mountains of Uttarakhand, India. Auli, also known as Auli Bugyal, in Garhwali, which means meadow, is located at an elevation of 2500 to 3050 meters above sea level. Auli is less known ski destination than Shimla, Gulmarg or Manali. It was only in the recent time, after the creation of new state Uttarakhand carved out from Uttar Pradesh, Auli was marketed as a tourist destination.

The state is called “Devbhumi” which means “Land of the Gods” as there are important pilgrimage destination in this state mainly the ‘Char Dham’. Auli lies on the way to Badrinath. Auli is surrounded by coniferous and oak forests, with a panoramic view of the lofty peaks of one of the greatest mountain range in the world, the Himalayas. The slopes here provide enough thrill to professional skier and novice as well. 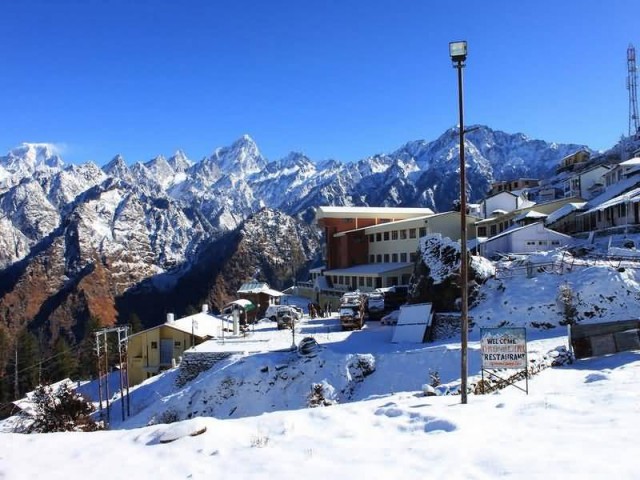 The Garhwal Mandal Vikas Nigam Limited a state govt agency which takes care of this resort, and Uttarakhand Tourism Department conduct winter sports competitions at this place to encourage skiing in India. Have imported snow beater to maintain slopes. Auli also boasts the Asia’s longest – 4 km – cable car. It also has a Chair Lift and a Ski-Lift. Apart from Skiing there is an interesting trek route also. There is a training facility of Indo-Tibetan Border Police. A small temple having connection to legendary Hindu epic Ramayana is also present. Best time to visit is last week of Jan to first week of March for skiing. Though weather is highly unpredictable.

Summers are very pleasant with moderate climate, with average around 15°C and ideal for sight seeing. Monsoons are rainy – temperature are around 12°C. Winters are freezing with minimum temperatures below 0°C. Snowfall is very common and this time is ideal for skiing. May to November offers cool and pleasant climate and the right period to spend relaxing moments in the outdoors. 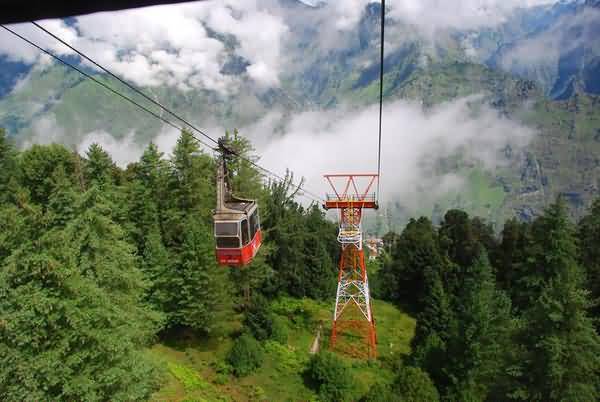 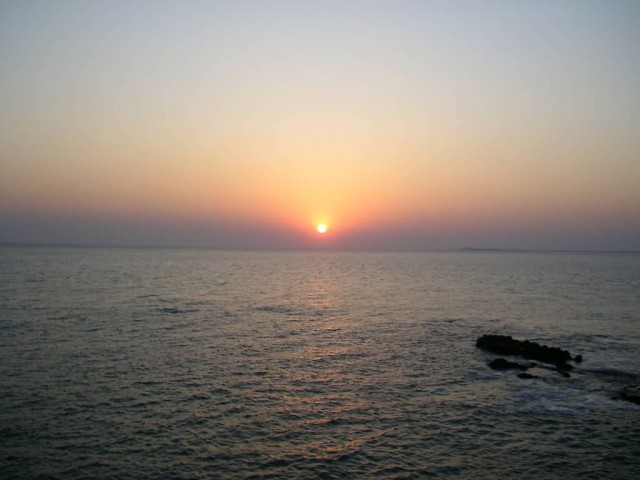 Daman is divided by the Daman Ganga River into two parts, namely Nani-daman and Moti-daman. Ironically, Nani-daman is the larger of the two towns. It is the downtown area that holds most of the important entities like the major hospitals, supermarkets and major residential areas. While Moti-daman is mainly the old city inhabited
There are many small villages around Daman, such as Bhenslore, Kunta, Bhimpor, Kadaiya,Devka Mangelad, Varkund and Khariwar. These villages mainly act as residential areas for lower-middle-class families. Here Varkund is the biggest village in Daman. 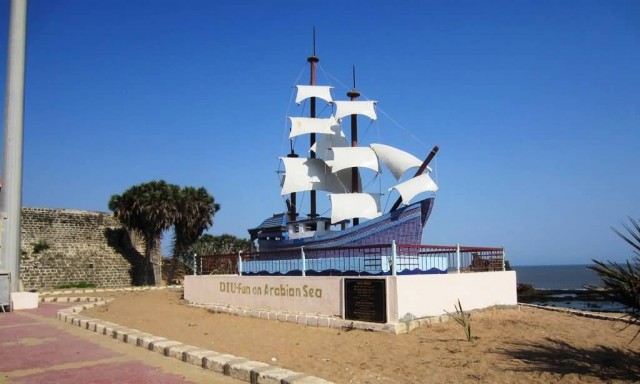 Daman has a humid subtropical climate according to the Köppen climate classification. Temperature ranges from 23-42 in summer, 19-36 in monsoon, 15-30 in spring and autumn and 10-24 in winter. It has heavy monsoons with lots of rain.

The place is best to visit in winter. Daman is a popular tourist destination, mainly due to the freedom to drink liquor, which is prohibited in the neighboring state of Gujarat. It mainly attracts tourists from neighboring areas like Vapi, Bhilad, Valsad, Surat and even Baroda. The two well-known beaches of Daman are Devka beach and Jampore beach, which are in Nani-Daman and Moti-Daman respectively. 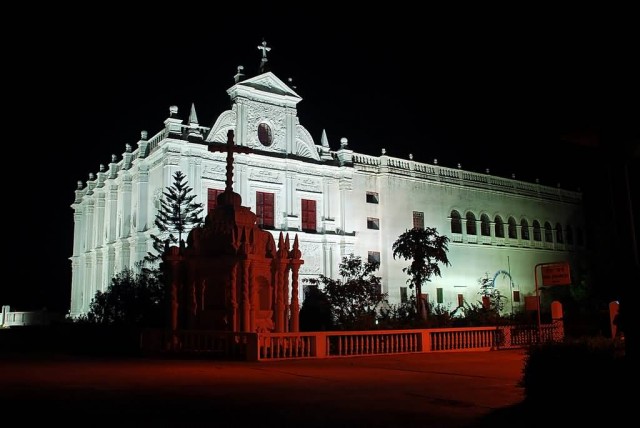 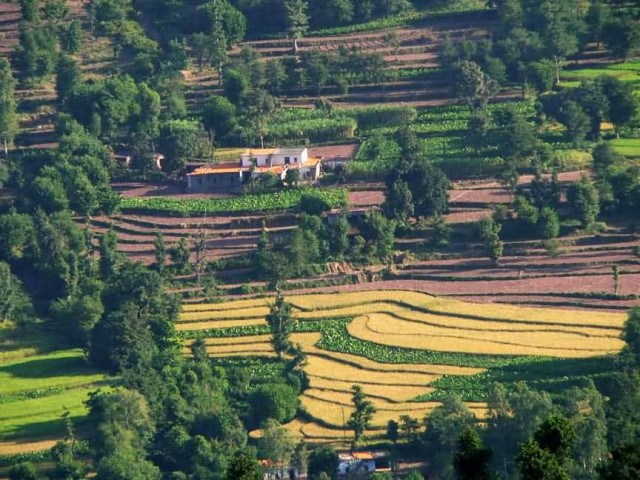 Kasauli is a cantonment and town, located in Solan district in the Indian state of Himachal Pradesh. The cantonment was established by the British Raj in 1842 as a Colonial hill station, 77 km from Shimla, 65 km from Chandigarh, and 94 km from Ambala Cantt, an important Railway Junction of North India and lies at a height of 1,927 m. The town is a health resort, having an elevation of 1,900 metres above sea level. 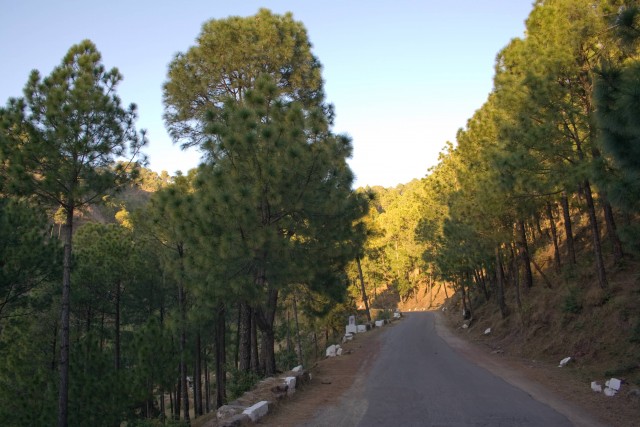 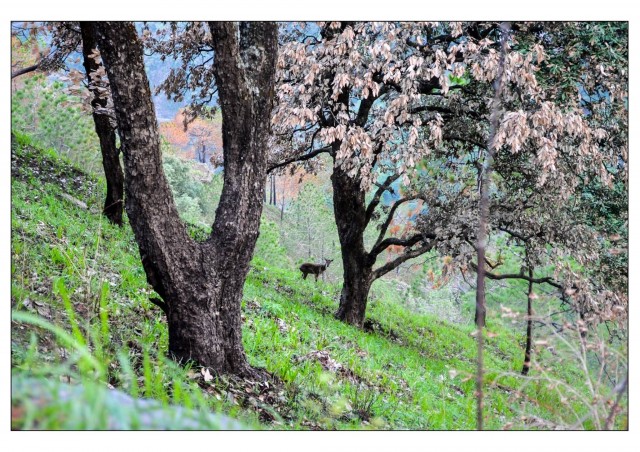