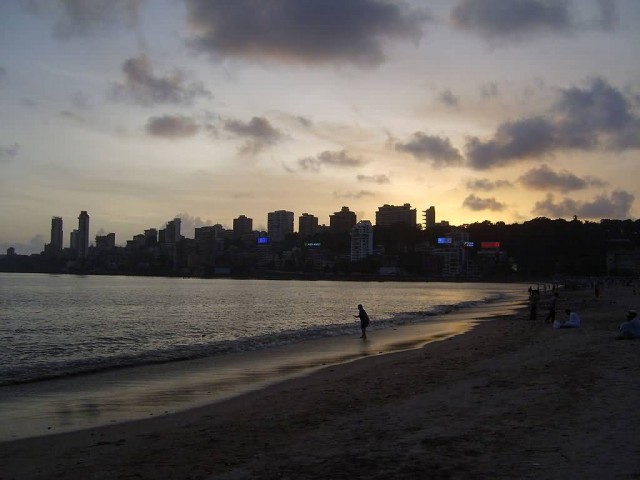 Girgaon Chaupati, commonly known as just Chaupati (pronounced as chow-patty), is one of the most famous public beaches adjoining Marine Drive in the Girgaon area of Mumbai, India. The beach is famous for Ganesh Chaturthi celebrations when hundreds of people from all over Mumbai come to immerse the idols of Lord Ganapati in the Arabian Sea. 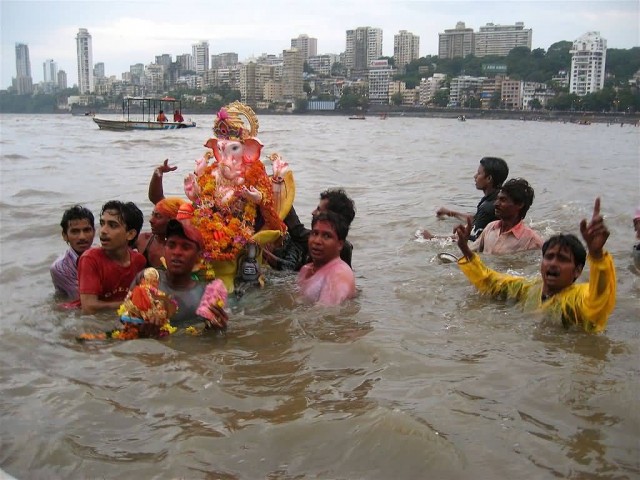 It is also one of the many places in the city where the Ramlila is performed on a stage every year. An effigy of Ravan, that is erected on the sand, is burnt by the end of the 10-day performance. One can find several bhelpuri, panipuri, ragda patties and pav bhaji vendors on the beach. 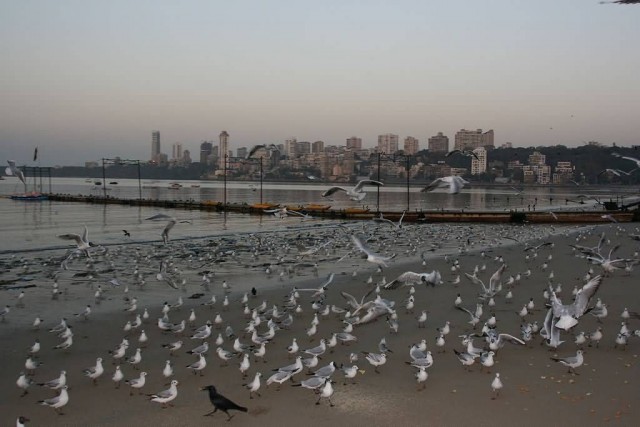 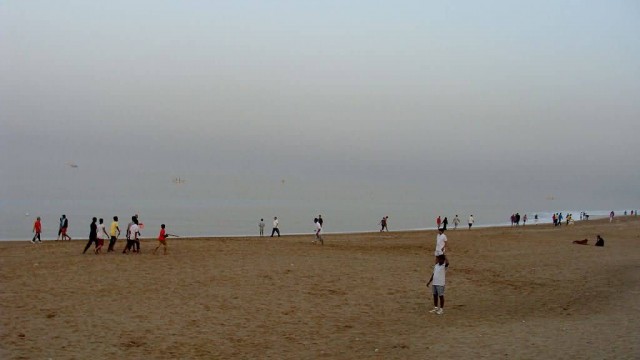 Juhu is a suburb of Mumbai. It is most famous for the sprawling Juhu beach. It is surrounded by the Arabian Sea to the west, Versova to the north, Santacruz and Vile Parle to the east and Khar to the south. It is a popular tourist attraction throughout the year and is also a sought after destination for shooting films. The beach generally gets more crowded on weekends with families and courting couples. The food court at its main entrance is famous for its ‘Mumbai style’ street food, notably Bhelpuri, pani puri and Sevpuri. 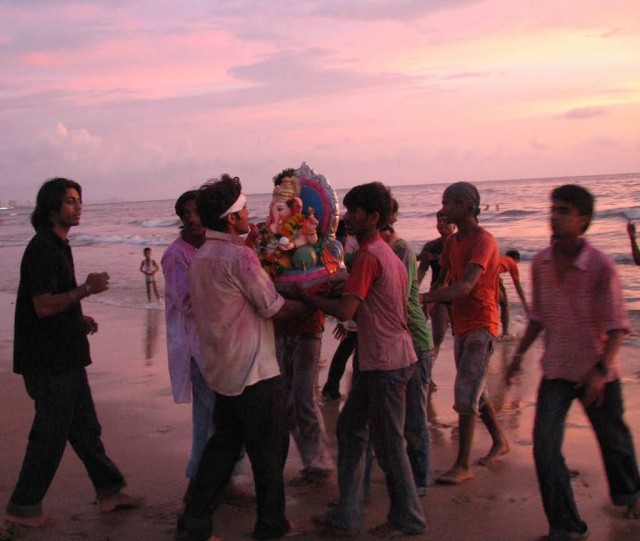 Horse pulled carriages offer joyrides to tourists for a small fee while acrobats, dancing monkeys, cricket matches, toy sellers vie for tourist’s attention. The beach is among the most popular sites in the city for the annual Ganesh Chaturthi celebrations where thousands of devotees arrive in grand processions, carrying idols of the Lord Ganesh of various sizes, to be immersed in the water at the beach, and unfortunately, beach become very dirty. Juhu Beach is also a popular spot for planespotting as it is right underneath a departure flight path for Mumbai Airport. 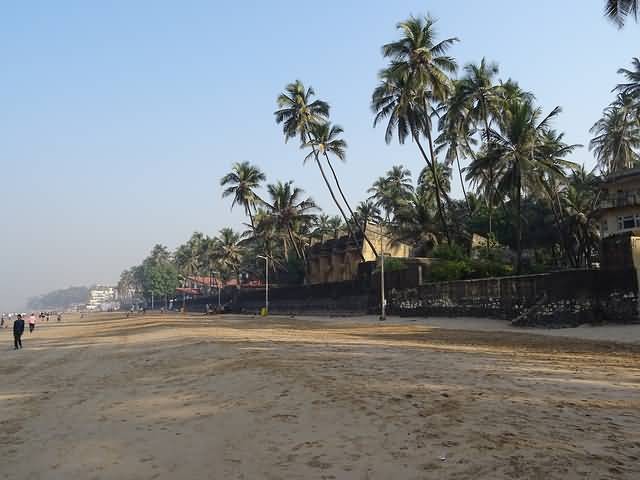 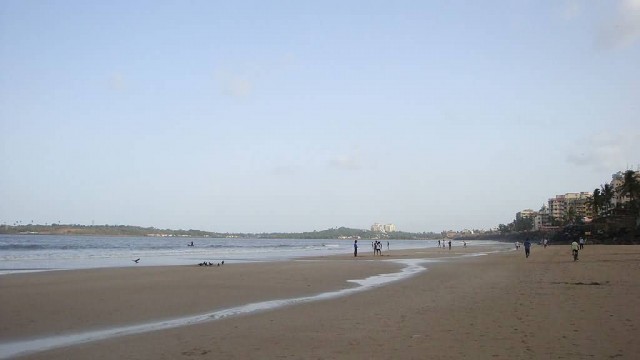 Versova is an upmarket neighbourhood in the Andheri area of Western Mumbai. It is known for its beach and the Versova Fort. The Versova beach faces the Arabian Sea. A large population of Mumbai’s fishing community, the Kolis, reside at one end of Versova beach. Fishing is the primary industry in this area. Unlike the Marine Drive, which is guarded by tetrapods, Versova beach uses massive rocks to buffer the buildings from the waves.

During high tide, the entire beach goes under water, hence there are no permanent structures on the beach, nor any legal inhabitants. Over the past few years, there have been attempts by local citizens and the BMC to improve the condition of the beach. The Save Versova Beach Association was formed for the purpose, but the beach still lacks basic facilities such as lifeguards, which are critical considering the treacherous waters here. 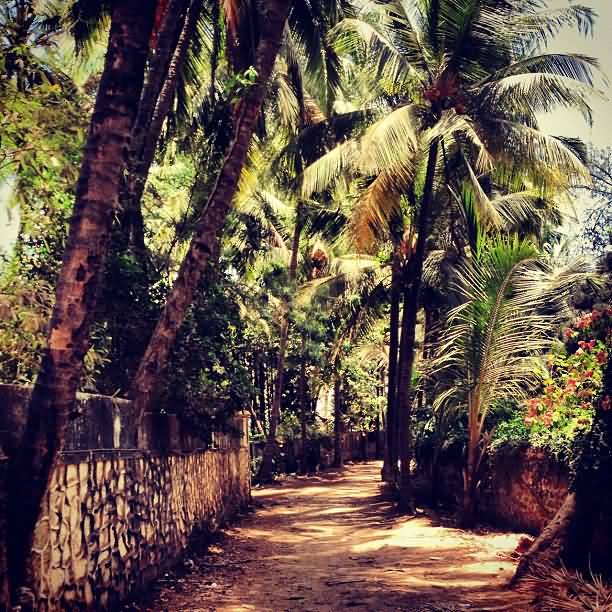 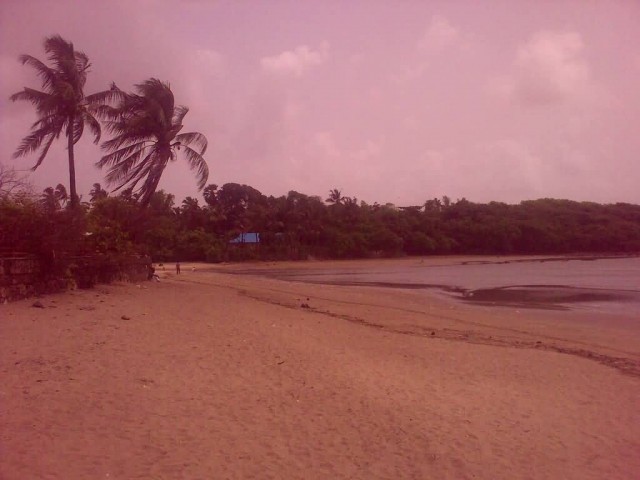 Aksa Beach is a popular beach and a vacation spot in Aksa village at Malad, Mumbai, India. It is situated close to Malvani. This beach was one of the most silent and least visited beaches. It was very clean you could find a large variety of snails and shells. It is a popular weekend destination with youngsters. It is dotted with many private cottages and hotels, some of which are rented out to tourists and visitors.

It is not safe to swim as the currents are strong and the sands of the beach keep shifting because of the waves and people often misjudge them. Warning signs of swimming prohibition, have been put on the beach and lifeguards have been appointed, however accident are common, due to rapidly changing tides and merging to two tide currents on the rocky beach and people ignoring warnings. The beach gets even more dangerous during Monsoon season, though 15,000 people visiting the beach during weekends. 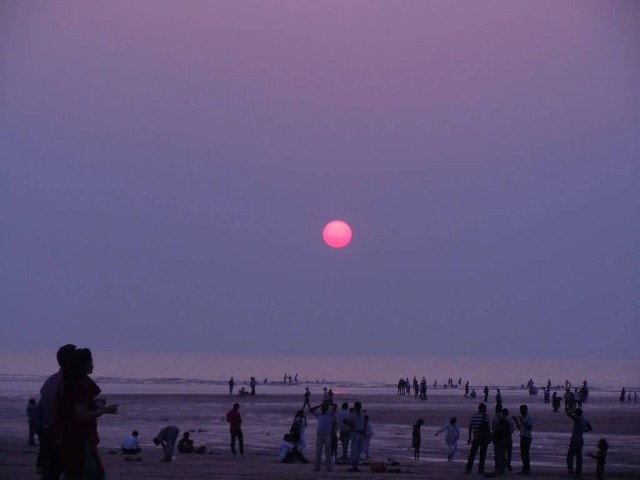 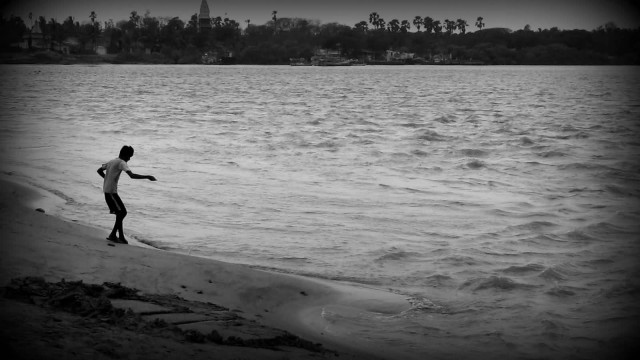 Gorai was known for its clean beaches and palm trees. However with the increase in pollution around Mumbai, the Arabian Sea is unfit for swimming although Gorai is less polluted than the other beaches in Mumbai. Gorai still enjoys its calm, laid back charm quite in contrast to the fast paced life of the city just on the other side of the creek.

Bullock carts are still in use here and the area suffers from a water shortage but with real-estate developers steadily bulldozing their way into this prized suburban tract, the physical and cultural fabric of the villagers of Gorai is now quite endangered. The Essel World amusement park has been set up in part of Gorai. 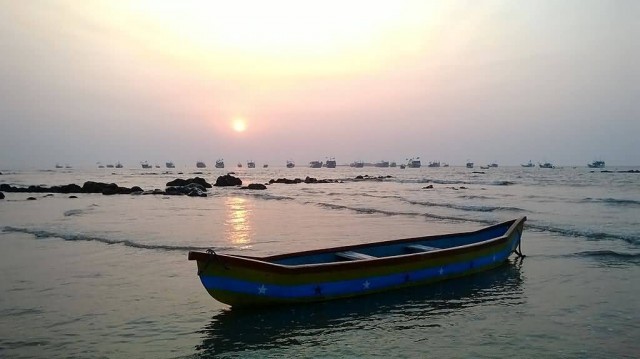