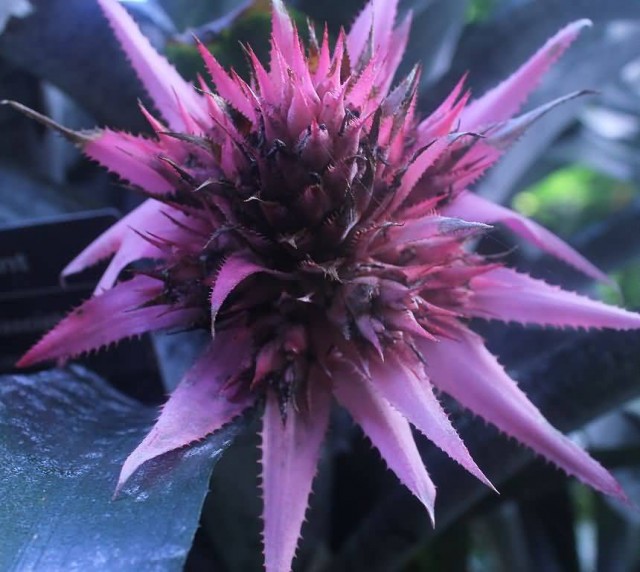 Chmea fasciata or silver vase, is a species of flowering plant in the bromeliad family, native to Brazil. This plant is probably the best known species in this genus, and it is often grown as a houseplant in temperate areas. It has gained the Royal Horticultural Society’s Award of Garden Merit. The plant grows slowly, reaching 30–90 cm in height, with a spread of up to 60 cm. 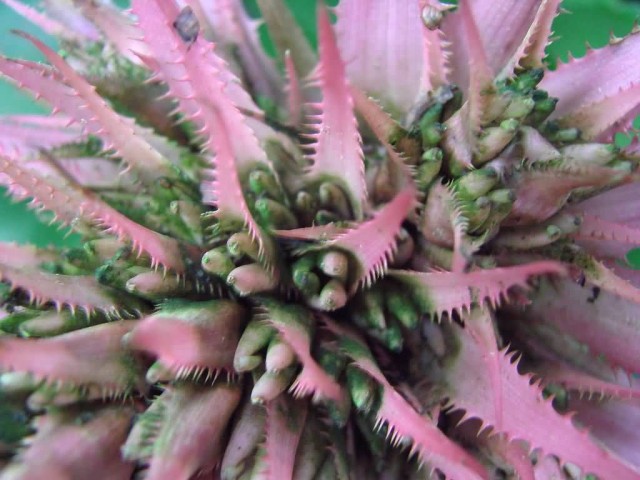 It has elliptic–oval-shaped leaves 45–90 cm  long and arranged in a basal rosette pattern. Scale insects and mosquitos will sometimes breed in the pools of water that are trapped between the leaves. Fasciata requires partial shade and a well-drained, but moisture-retentive soil. It can also be grown epiphytically, as, for example, with moss around its roots and wired to rough bark. Root rot can be a problem if the soil is too moist. 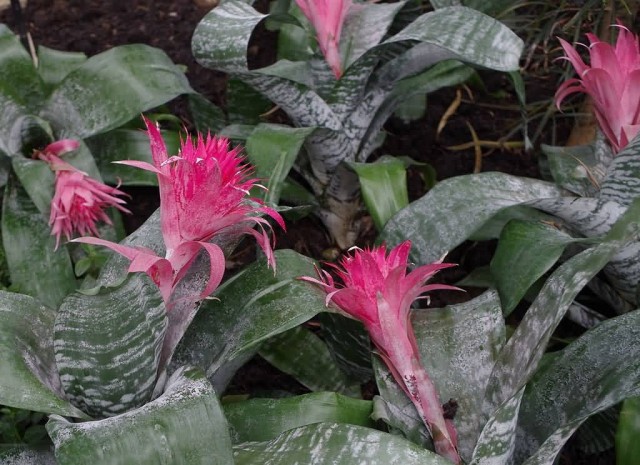 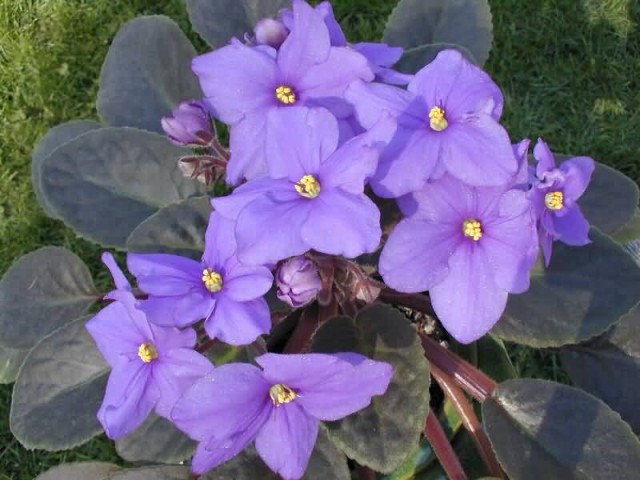 Saintpaulias, commonly known as African violets, are a genus of 6–20 species of herbaceous perennial flowering plants in the family Gesneriaceae, native to Tanzania and adjacent southeastern Kenya in eastern tropical Africa. Typically the African violet is a common household indoor plant but can also be an outdoor plant. Several of the species and subspecies are endangered and many more are threatened, due to their native cloud forest habitats being cleared for agriculture. 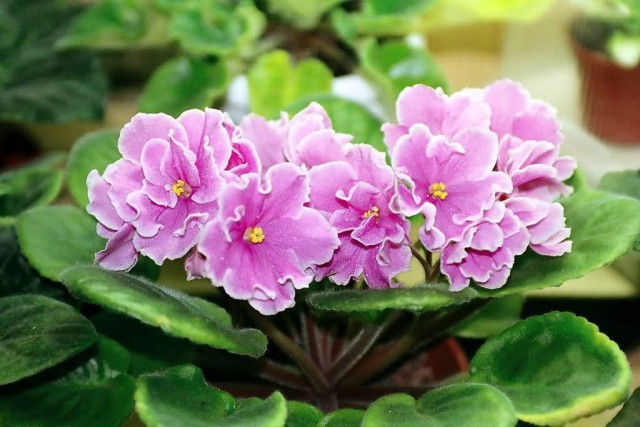 Saintpaulias, which grow from 6–15 cm tall, can be anywhere from 6–30 cm wide. The leaves are rounded to oval, 2.5–8.5 cm long with a 2–10 cm petiole, finely hairy and have a fleshy texture. The flowers are 2–3 cm in diameter, with a five-lobed velvety corolla (“petals”) and grow in clusters of 3–10 or more on slender stalks called peduncles. Wild species can have violet, purple, pale blue, or white flowers. Saintpaulias are highly sensitive to temperature changes, especially rapid leaf cooling. Spilling cold water on African violet leaves causes discoloration. 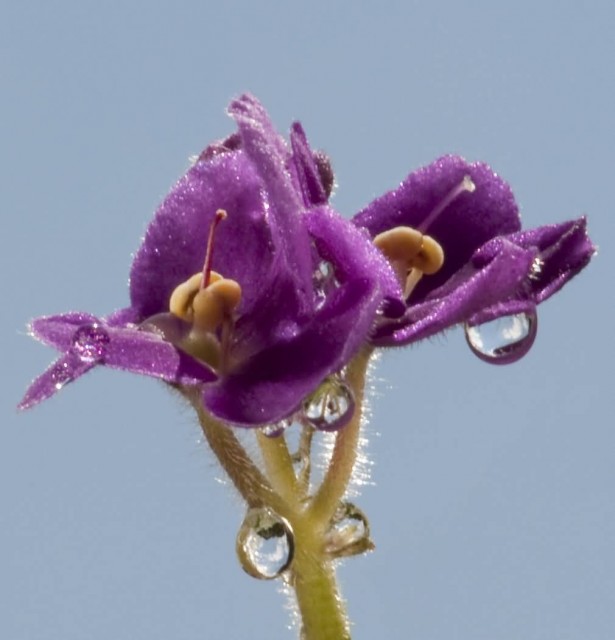 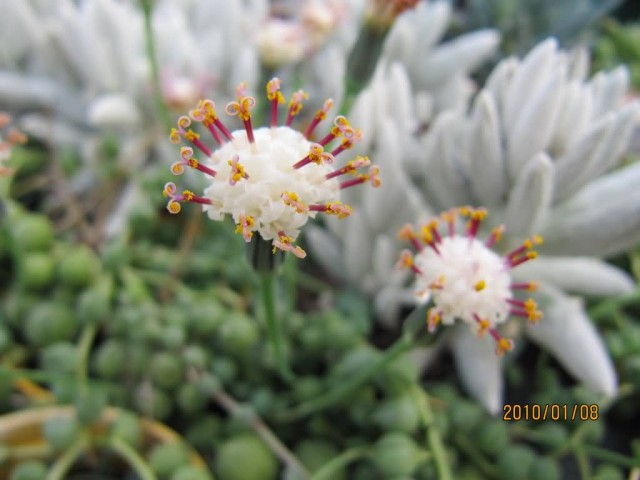 Senecio rowleyanus, commonly known as string-of-pearls or string-of-beads, is a creeping, perennial, succulent vine belonging to the family Asteraceae. This plant was named after British botanist Gordon Douglas Rowely who specialized in Cactaceae and succulents. It is native to the drier parts of southwest Africa. In its natural environment its stems trail on the ground, rooting where they touch and forming dense mats. 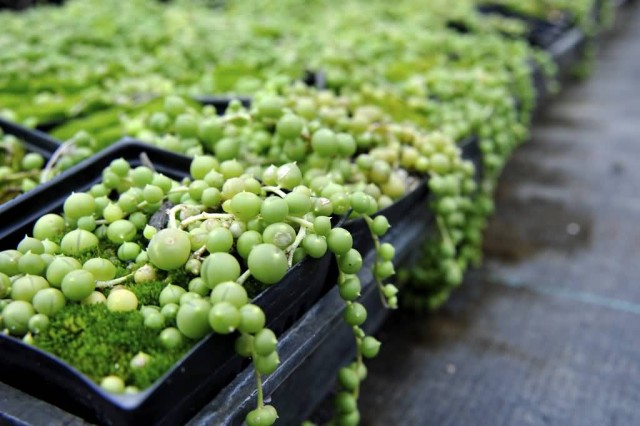 It often avoids direct sunlight by growing in the shade of other plants and rocks. Senecio rowleyanus receives its common name from specialized leaves which are the size and shape of small peas. Its trailing stems can grow 2–3 feet. Senecio rowleyanus is commonly cultivated as an ornamental plant. It is typically displayed in hanging baskets with the leaves cascading over the edge of the container. It can be grown indoors or outdoors above freezing temperature and is considered to be low maintenance. 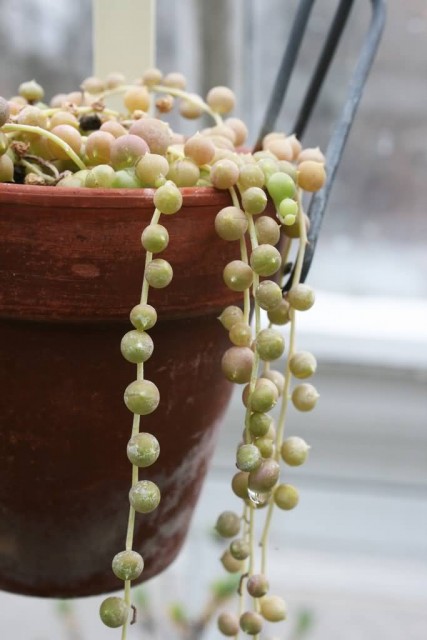 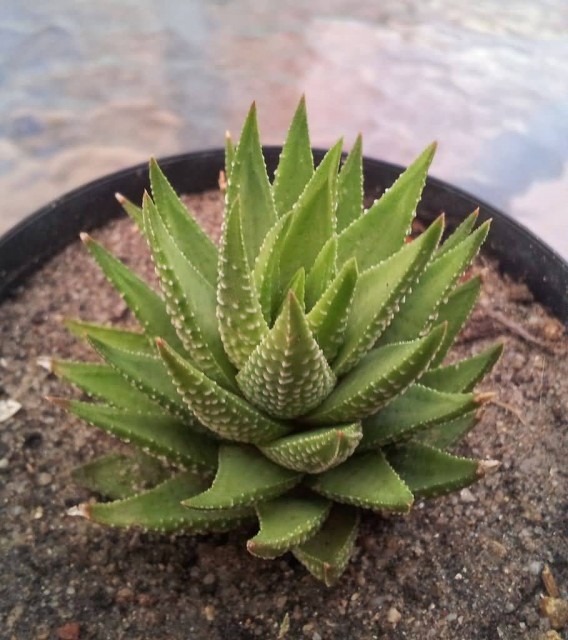 Haworthia fasciata is a species of succulent plant from the Eastern Cape Province, South Africa. Rare in cultivation; most plants that are labelled as Haworthia fasciata are actually Haworthia attenuata. The plants are generally small, less than 10 cm high. The triangular shaped leaves are green with narrow white crested strips on the outside. At the end of the leaf is a non acute spine. The summer flowers appear in October and November, on the end of an inflorescence. 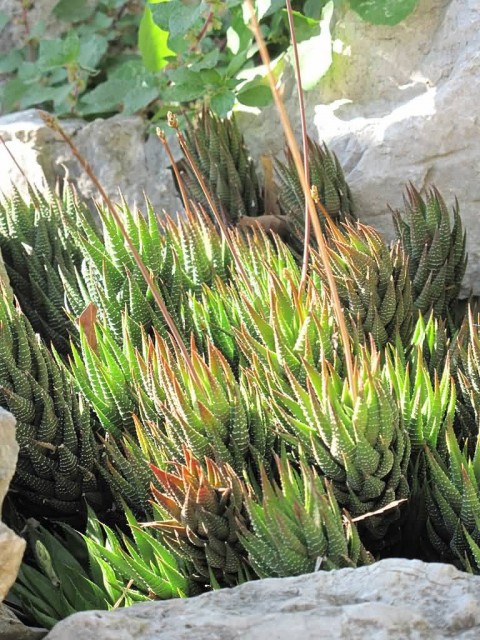 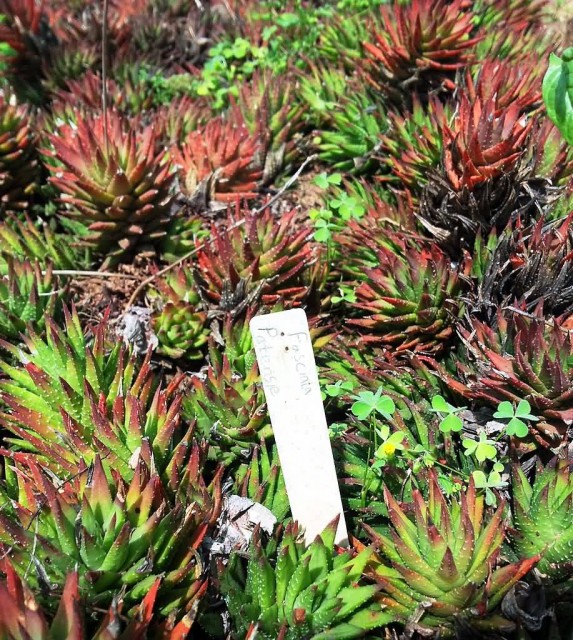 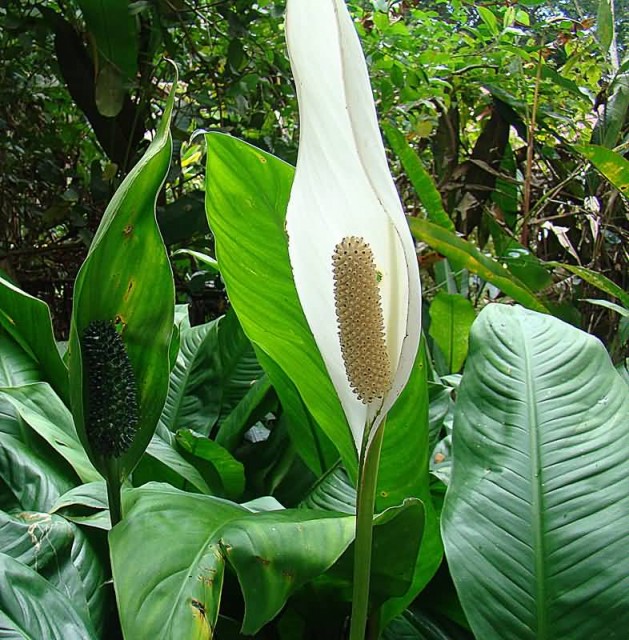 Spathiphyllum is a genus of about 40 species of monocotyledonous flowering plants in the family Araceae, native to tropical regions of the Americas and southeastern Asia. Certain species of Spathiphyllum are commonly known as Spath or peace lilies. They are evergreen herbaceous perennial plants with large leaves 12–65 cm long and 3–25 cm broad. The flowers are produced in a spadix, surrounded by a 10–30 cm long, white, yellowish, or greenish spathe.

The plant does not need large amounts of light or water to survive. Spathiphyllum is mildly toxic to humans and animals when ingested. The Peace Lily is not a true lily from the Liliaceae family. True lilies, as well as onions, are much more toxic to cats and dogs. The Peace Lily contains calcium oxalate crystals, which can cause skin irritation, a burning sensation in the mouth, difficulty swallowing and nausea. 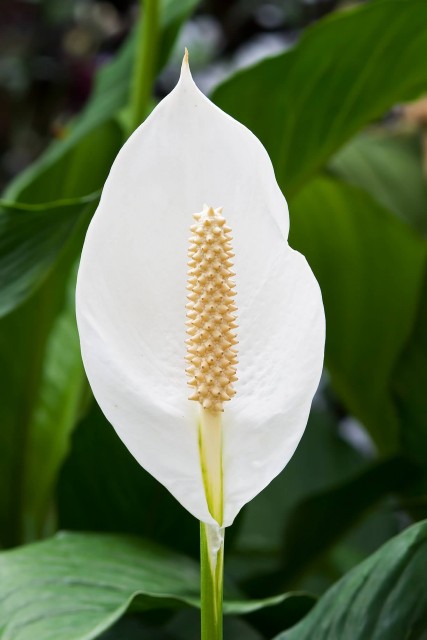