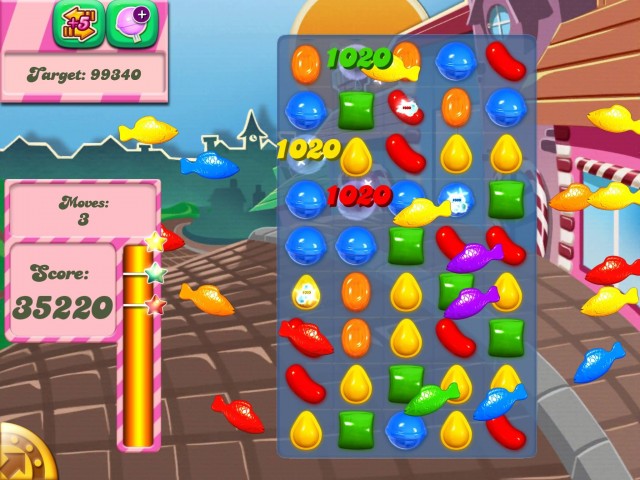 Candy Crush Saga is a match-three puzzle video game released by King on April 12, 2012 for Facebook and on November 14, 2012 for iOS, Android and Windows Phone smartphones. The game is primarily downloaded in various applications, through either a credit card, iTunes credits or Google Play credit. 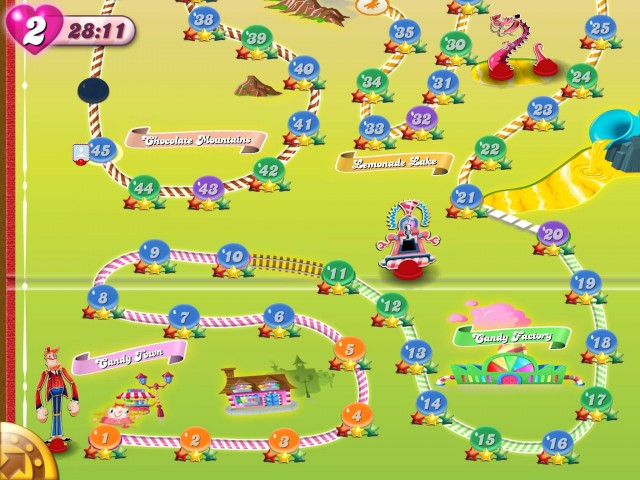 Candy Crush Saga currently holds 1,645 levels in 111 episodes. Each level has a game board filled with differently colored candies and might contain obstacles. These different colors include the red jelly bean, the orange lozenge, the yellow lemon drop, green chiclets, the blue lollipop head and the purple cluster. Each level contains a certain objective that must be completed in a given number of moves or on a certain time limit.

some levels require clearing “jelly” off the board by making matches on top of them, reaching a certain score, getting ingredient items to the bottom of the board or having to clear certain amounts or combinations of candies. The game is periodically updated, adding new “episodes” and playable levels. New levels are updated first on Facebook followed by Android and iPhone. 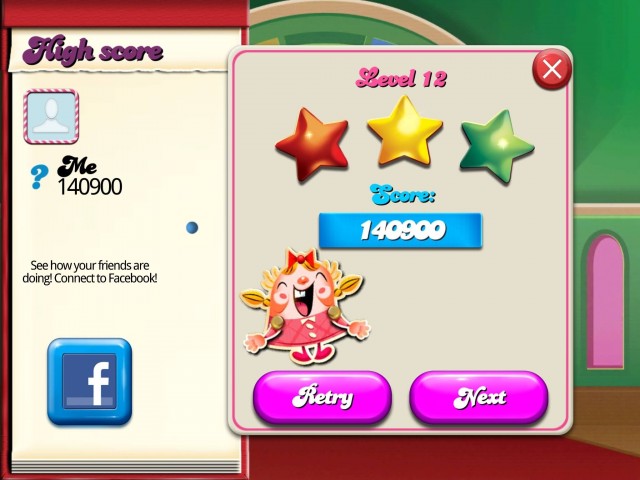 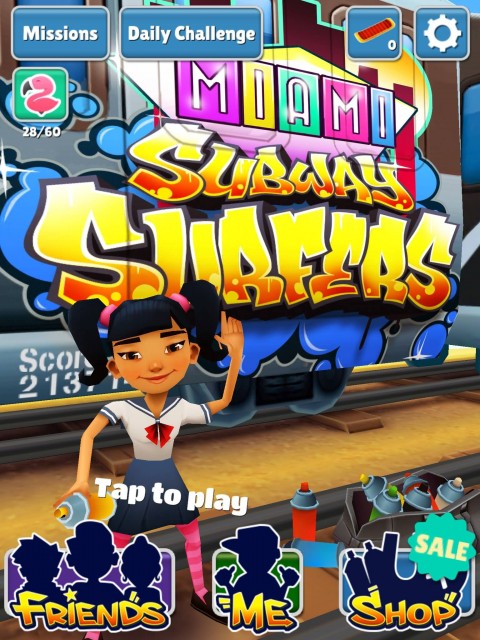 Subway Surfers is an “endless running” mobile game co-developed by Kiloo, a private company based in Denmark and SYBO Games. It is available on Android, iOS, Kindle and Windows Phone platforms. Subway Surfers was released on 24 May 2012 with updates based on seasonal holidays. The player of the game play the role of a youthful hooligans who runs down the railway track to escape from the inspector and his dog for offense of being caught in the act of applying graffiti to a metro railway site.

As the hooligans run, they grab gold coins out of the air while simultaneously dodging collisions with railway cars and other objects. The object of the game is to collect coins and other rewards while running through an endless game world. Sub Surfer is a always present in single player mode. Since 2 January 2013, updates have been based on a “World Tour” which places the game in a new city every month. 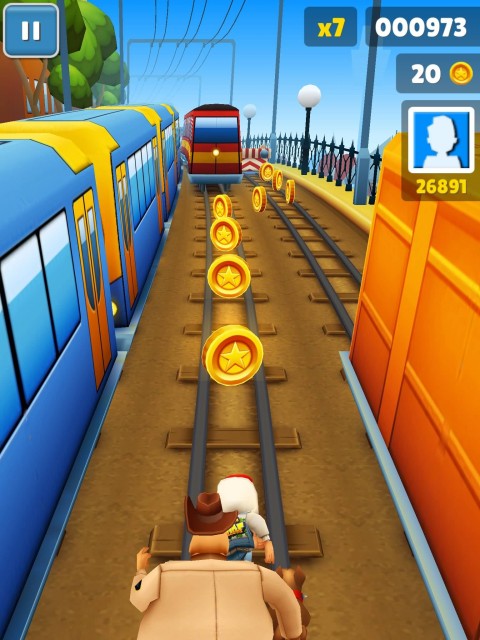 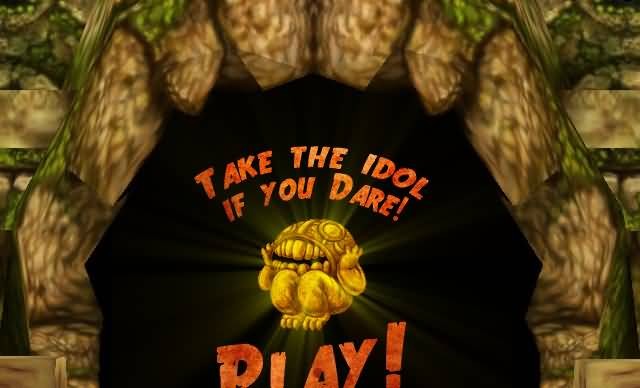 Temple Run is a 2011 endless running video game developed and published by the Raleigh-based Imangi Studios. It is produced, designed and programmed by husband and wife team Keith Shepherd and Natalia Luckyanova and with art by Kiril Tchangov. The release date of temple run in Android OS is March 27, 2012.

In Temple Run, the player controls an explorer who, has stolen a treasure from a temple and is chased by “demonic monkeys” who want to eat him/her. As the game is an endless running game, there is no end to the temple; therefore, the player plays until the character falls off the temple to his/her demise or is eaten by the crazed monkeys. Temple Run 2 is a 2013 endless running video game developed and published by Imangi Studios which is a sequel to the original game. It was released on january 24, 2013.

Temple Run 2 features the same controls as its predecessor. However, the gameplay itself is slightly different from the original one, as it introduces new obstacles, such as zip-lines, mine tracks, sharper turns, waterfalls and jets of fire. The game also has additional  features such as new power-ups and players now have the ability to save the protagonist from death by collecting green gems while running or by purchasing online. 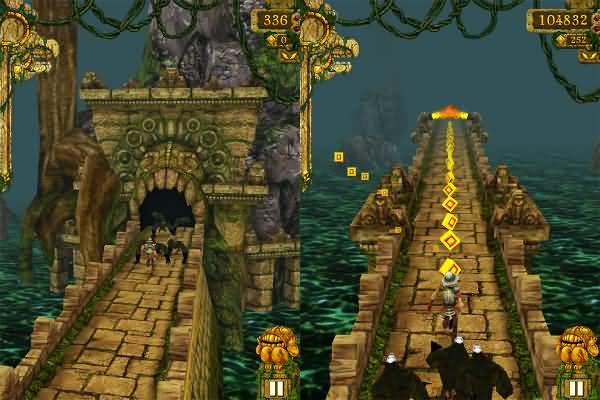 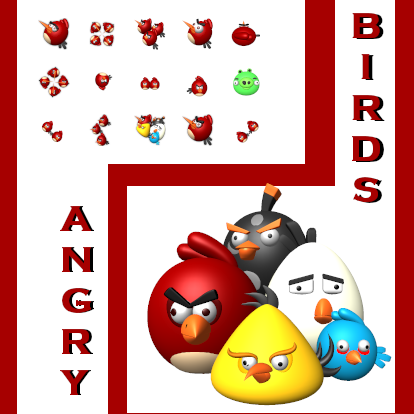 Angry Birds is a video game franchise created by Finnish computer game developer Rovio Entertainment. Angry Birds has been praised for its successful combination of addictive game play, comical style and low price. One of the great runaway hits of 2010 and the largest mobile app success the world has seen so far. Angry Birds Rio is the third puzzle video game in the Angry Birds series, developed by Rovio Entertainment. It was released in march 22, 2011. In Rio, the Angry Birds have been kidnapped and taken to Rio. Just as in the original Angry Birds, players use a slingshot to launch birds at nearby structures. 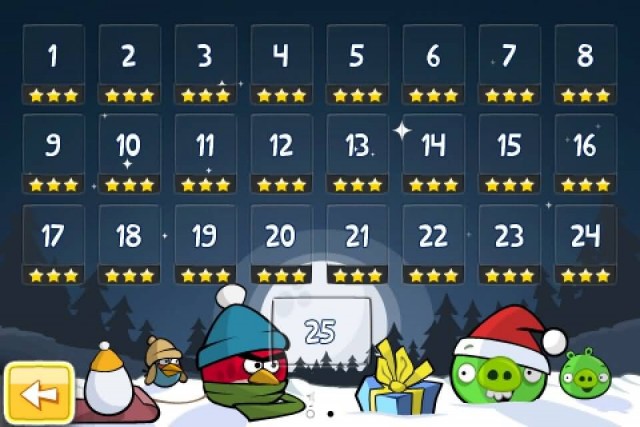 Angry Birds Transformers is a in a side-scrolling shoot ’em up video game. The game was released on October 15, 2014 for iOS, released on October 30, 2014 for Android. The goal is to survive through the run, shooting at pigs and structures and transforming into vehicles, since failure to survive results in zero pigs eliminated and having zero armor for that character. Since release, Angry Birds  has been downloaded more than 10 million times and it has been one of the top downloaded games at both the Apple App Store and Google Play. 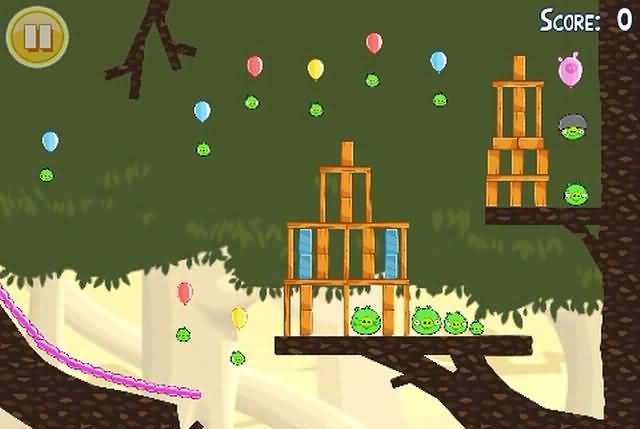 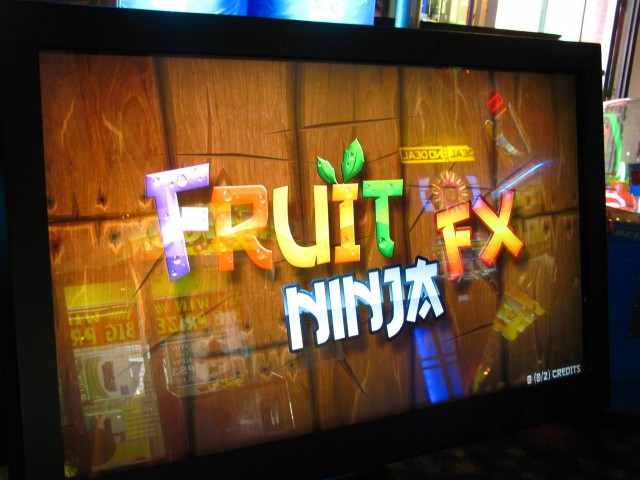 Fruit Ninja is a video game developed by Halfbrick Studios in Brisbane, Australia. It was released in September 17, 2010 for Android OS devices. In Fruit Ninja, the player slices fruit with a blade controlled via the touch screen. As the fruit is thrown onto the screen, the player swipes their finger across the screen to create a slicing motion, attempting to slice the fruit in half. Extra points are awarded for slicing multiple fruits with one swipe. The game was well received by critics and consumers alike. 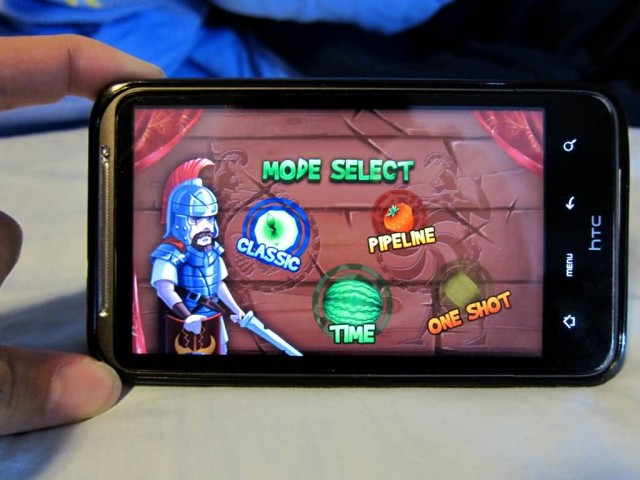 In September 2010, sales exceeded three million downloads, four million in December 2010 and over 20 million across all platforms in March 2011. In May 2012 Fruit Ninja reached 300 million downloads and was on one third of all US iPhones. Puss in Boots, Bandito Mode is a four-tiered challenge adventure where players must work through a number of increasingly difficult and varied slicing games. The game has received generally favourable reviews with a Metacritic score of 79% based on 12 reviews. 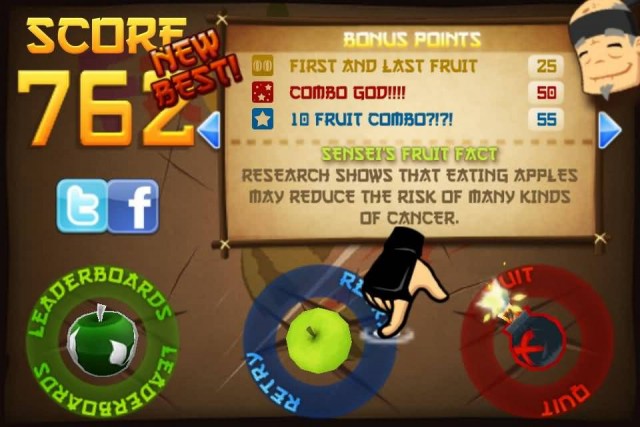