Which Types Of Minerals Are Extracted From Mines? 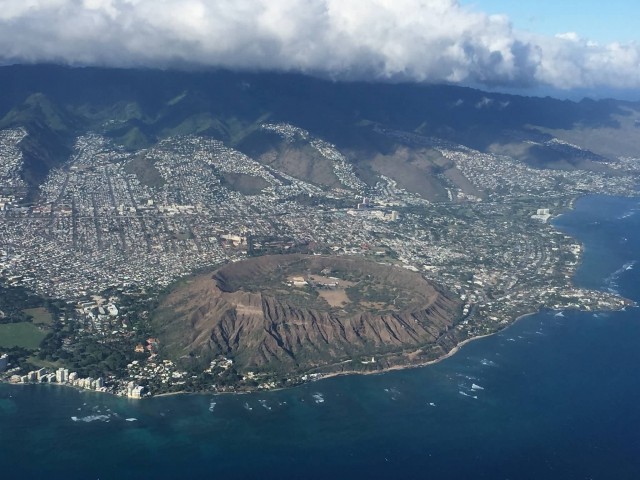 Diamonds are first recognized and mined in India where significant alluvial deposits of the stone could be found many centuries ago along the rivers Penner, Krishna and Godavari. Diamonds have been treasured as gemstones since their use as religious icons in ancient India. A diamond is a transparent crystal of tetrahedrally bonded carbon atoms in a covalent network lattice that crystallizes into the diamond lattice which is a variation of the face centered cubic structure. Diamond is the hardest known natural material on the Mohs scale of mineral hardness. Diamonds are not very reactive.

This means pure diamond should transmit visible light and appear as a clear colorless crystal. Color in diamond has two additional sources: irradiation, that causes the color in green diamonds and plastic deformation of the diamond crystal lattice. Plastic deformation is the cause of color in some brown and perhaps pink and red diamonds. In order of rarity yellow diamond is followed by brown, colorless, then by blue, green, black, pink, orange, purple, and red. Colored diamonds contain impurities or structural defects that cause the coloration while pure or nearly pure diamonds are transparent and colorless. 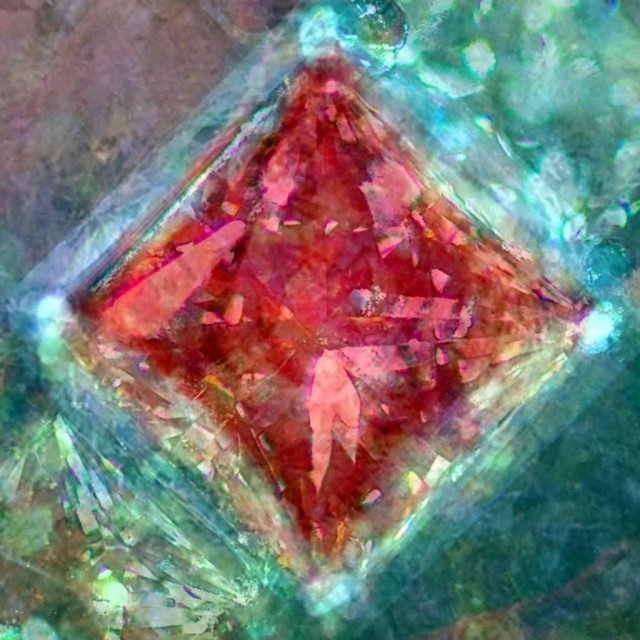 Diamonds can be identified by their high thermal conductivity. The diamond industry can be separated into two distinct categories: one dealing with gem-grade diamonds and another for industrial-grade diamonds. Both markets value diamonds differently. Mined rough diamonds are converted into gems through a multi-step process called “cutting”. Mines in india are Bunder Project in Madhya Pradesh, Kollur Mine in Andhra Pradesh and Panna in Madhya Pradesh. 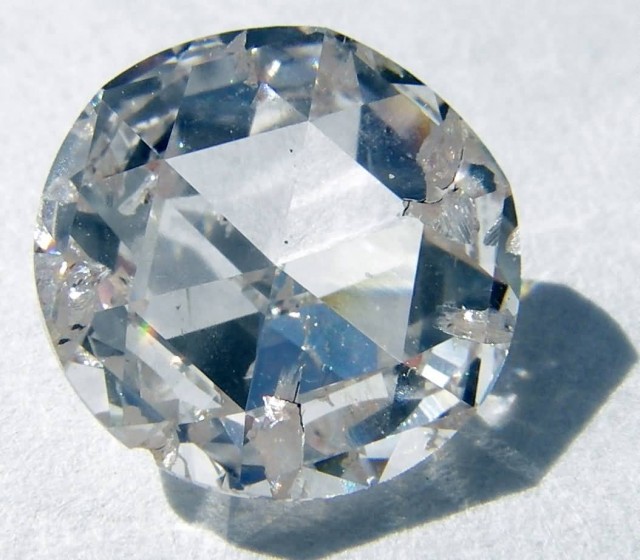 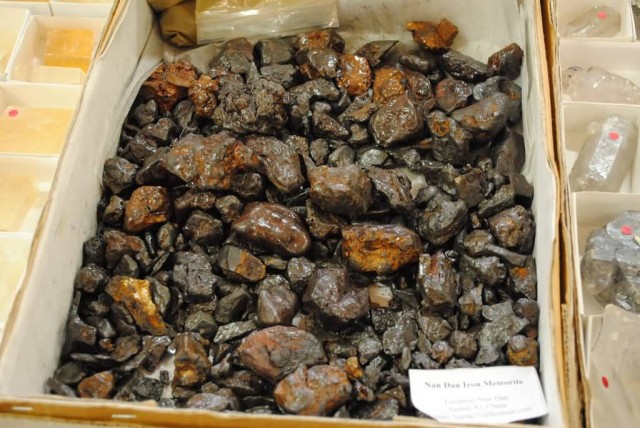 Iron ores are rocks and minerals from which metallic iron can be economically extracted. The ores are usually rich in iron oxides and vary in color from dark grey, bright yellow, deep purple to rusty red. The iron itself is usually found in the form of magnetite, hematite, goethite, limonite or siderite. Ores containing very high quantities of hematite or magnetite are known as natural ore or direct shipping ore, meaning they can be fed directly into iron-making blast furnaces. 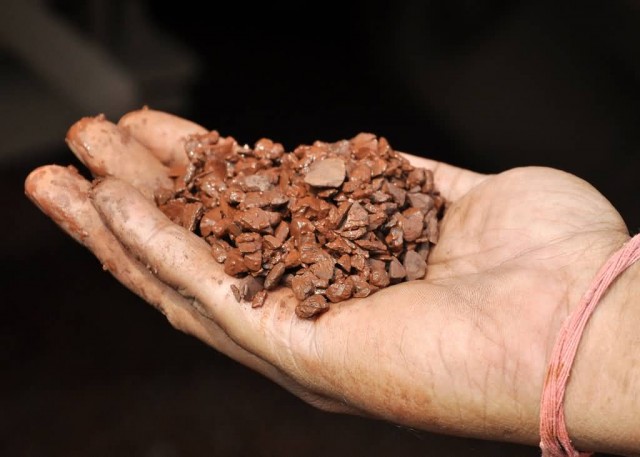 Iron ore is the raw material used to make pig iron which is one of the main raw materials to make steel. 98% of the mined iron ore is used to make steel. Indeed it has been argued that iron ore is more integral to the global economy than any other commodity except perhaps oil. Some mines in india are Barbil, Mayurbhanj, Kendujhar, Jajpur in Odisha. Sundergarh in Gandhamardhan, Singhbhum in Jharkhand. Bailadilla, Dalli-Rajhara in Chhattisgarh. Ratnagiri in Maharashtra, Bellary in Karnataka, Barajamda in Jharkhand. 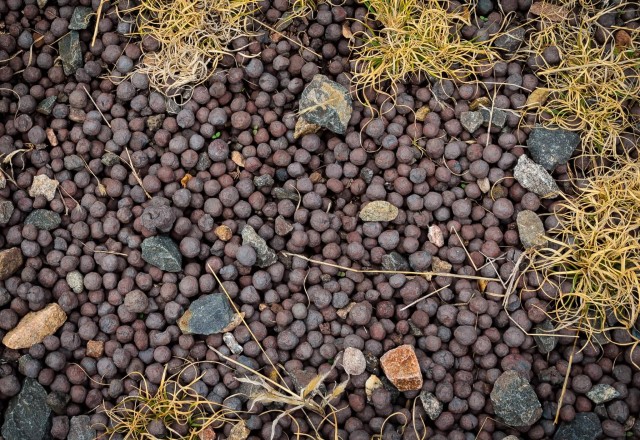 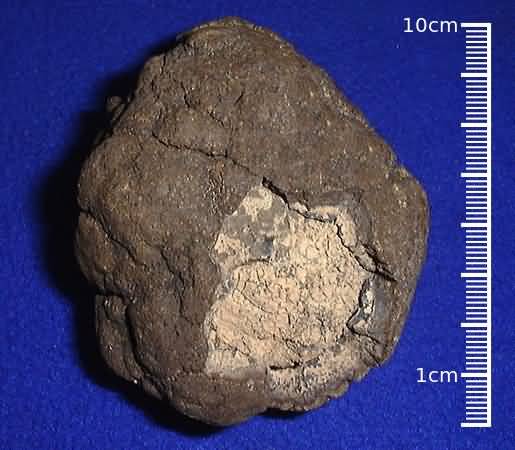 Manganese is a chemical element with symbol Mn and atomic number 25. It is not found as a free element in nature it is often found in combination with iron and in many minerals. Manganese is a metal with important industrial metal alloy uses particularly in stainless steels. Manganese phosphating is used as a treatment for rust and corrosion prevention on steel. Depending on their oxidation state manganese ions have various colors and are used industrially as pigments. In biology manganese ions function as cofactors for a large variety of enzymes with many functions.

Manganese enzymes are particularly essential in detoxification of super oxide free radicals in organisms that must deal with elemental oxygen. Manganese also functions in the oxygen-evolving complex of photosynthetic plants. The element is a required trace mineral for all known living organisms but is a neurotoxin. In larger amounts and apparently with far greater effectiveness through inhalation it can cause a poisoning syndrome in mammals with neurological damage which is sometimes irreversible.Some mines in india are Kendujhar, Rayagada, Sundergarh in odisha. Balaghat in Madhya Pradesh, Nagpur in Maharashtra, Shimoga in Karnataka. 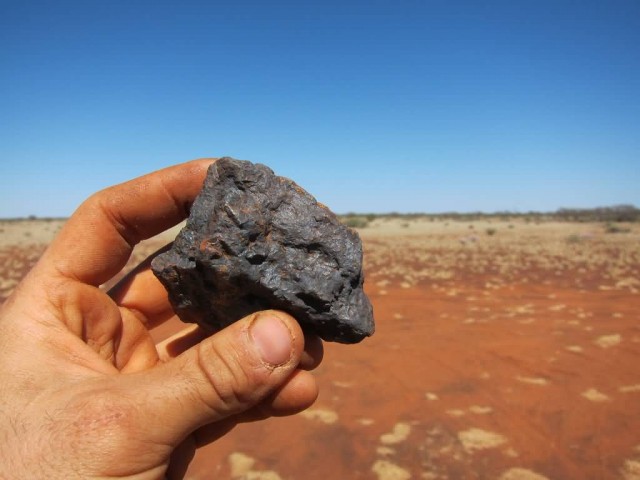 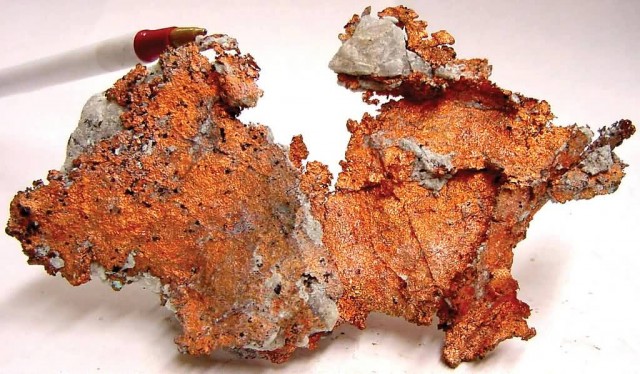 Copper is a chemical element with symbol Cu and atomic number 29. It is a ductile metal with very high thermal and electrical conductivity. Pure copper is soft and malleable a freshly exposed surface has a reddish-orange color. It is used as a conductor of heat and electricity a building material and a constituent of various metal alloys. Architectural structures built with copper corrode to give green verdigris. Decorative art prominently features copper both by itself and as part of pigments.

Copper is essential to all living organisms as a trace dietary mineral because it is a key constituent of the respiratory enzyme complex cytochrome oxidase. In molluscs and crustacea copper is a constituent of the blood pigment hemocyanin which is replaced by the iron-complexed hemoglobin in fish and other vertebrates. Copper compounds are used as bacteriostatic substances, fungicides and wood preservatives. Some mines in india are Hazaribagh, Singhbhum in Jharkhand. Khetri in Rajasthan, Udaipur in Rajasthan, Malanjkhand in Madhya Pradesh. 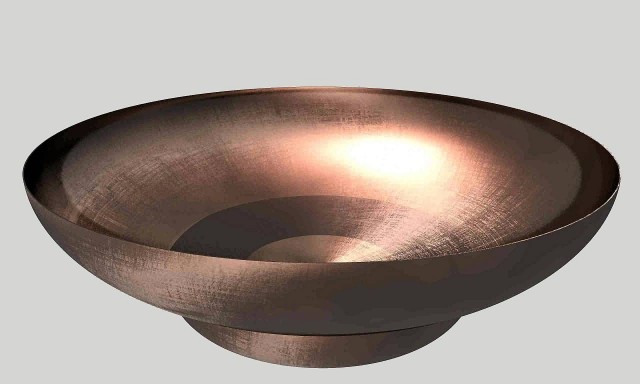 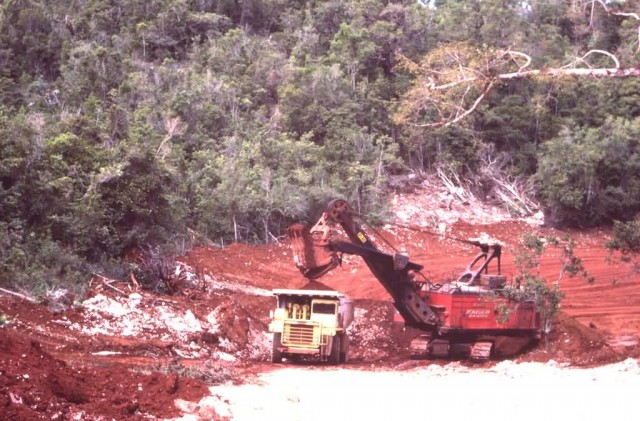 Bauxite an aluminium ore is the world’s main source of aluminium. It consists mostly of the minerals gibbsite Al(OH)3, boehmite γ-AlO(OH) and diaspore α-AlO(OH), mixed with the two iron oxides goethite and haematite, the clay mineral kaolinite and small amounts of anatase TiO2. Bauxite is usually strip mined because it is almost always found near the surface of the terrain, with little or no over burden.

Bauxite rocks are typically classified according to their intended commercial application: metallurgical, abrasive, cement, chemical and refractory. Some mines in india are Balangir, Bargarh, Koraput, Kalahandi & Rayagada in odisha. Sambalpur in Sundergarh, Katni in Madhya Pradesh, Bilaspur in Chhattisgarh, Lohardaga in Jharkhand. 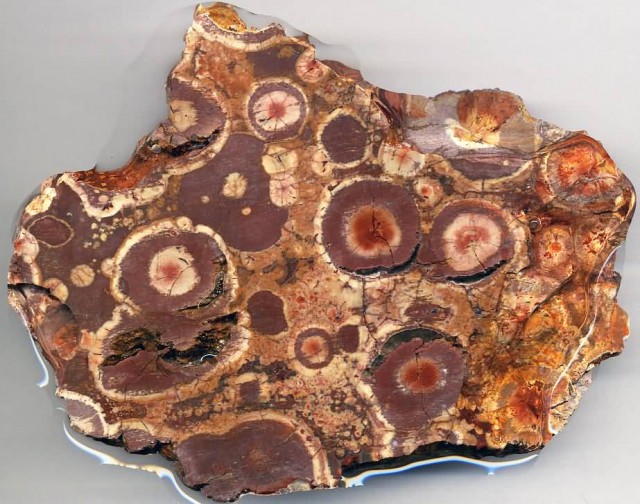 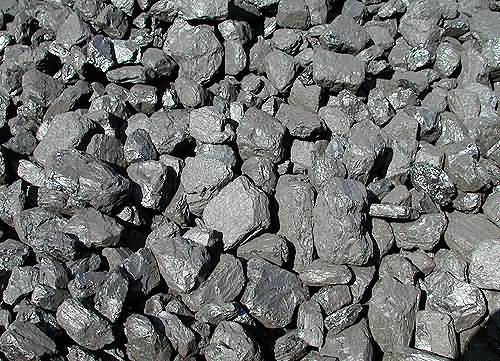 Coal is a combustible black or brownish-black sedimentary rock usually occurring in rock strata in layers or veins called coal beds or coal seams. Coal is composed primarily of carbon along with variable quantities of other elements chiefly hydrogen, sulfur, oxygen and nitrogen. coal has been used as an energy resource primarily burned for the production of electricity or heat and is also used for industrial purposes such as refining metals. A fossil fuel coal forms when dead plant matter is converted into peat which in turn is converted into lignite then sub-bituminous coal after that bituminous coal and lastly anthracite. This involves biological and geological processes that take place over a long period. 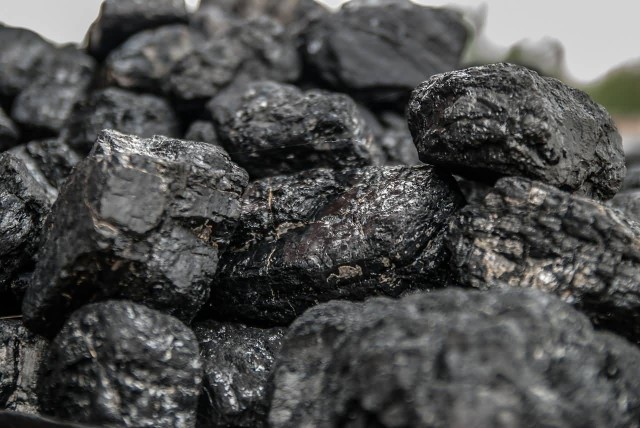 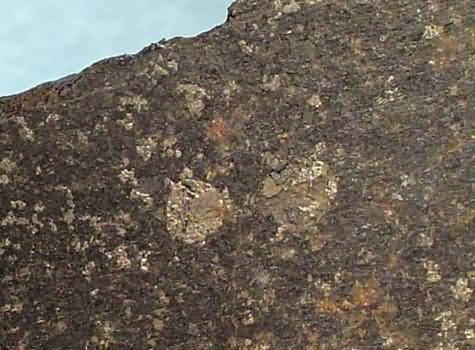 Telluric iron also called native iron is that originated on Earth and found in a metallic form rather than as an ore. Telluric iron is extremely rare with only one known major deposit in the world located in Greenland. Telluric iron resembles meteoric iron in that it contains both a significant amount of nickel and Widmanstatten structures. However telluric iron typically contains only around 3% nickel which is too low for meteorites.

There are two types of telluric iron. Both type 1 and type 2 contain comparable amounts of nickel and other impurities. The main difference between the two is the carbon content. Type 1 telluric iron contains a significant amount of carbon. Type 1 is a white nickel cast-iron containing 1.7 to 4% carbon and 0.05 to 4% nickel which is very hard and brittle and does not respond well to cold working. Type 2 telluric iron also contains around 0.05 to 4% nickel but typically less than 0.7% carbon. Type 2 is a malleable nickel-iron which responds well to cold working. The carbon and nickel content have a great effect on the final hardness of the cold-worked piece. 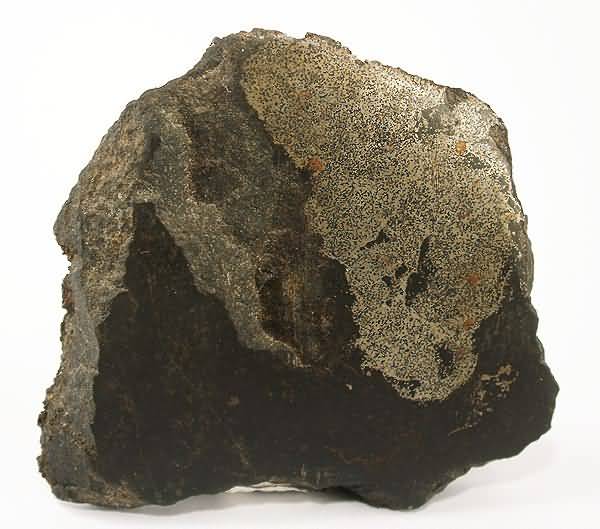 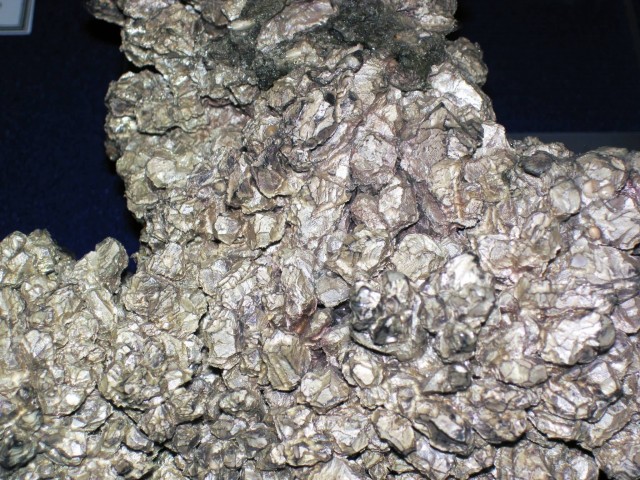 Silver is a chemical element with symbol Agit possesses the highest electrical conductivity, thermal conductivity and reflectivity of any metal. The metal occurs naturally in its pure, free form, as an alloy with gold and other metals and in minerals such as argentite and chlorargyrite. Most silver is produced as a byproduct of copper, gold, lead and zinc refining. Silver is produced during certain types of supernova explosions by nucleosynthesis from lighter elements through the r-process a form of nuclear fusion that produces many elements heavier than iron of which silver is one. 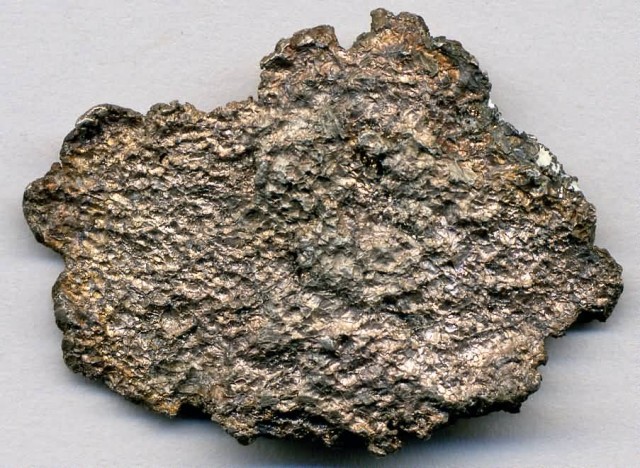 Many well-known uses of silver involve its precious metal properties including currency, decorative items and mirrors. Jewelry and silverware are traditionally made from sterling silver. Sterling silver jewelry is often plated with a thin coat of .999 fine silver to give the item a shiny finish. This process is called “flashing”. Silver is used in the manufacture of crystalline solar photovoltaic panels. Silver is also used in plasmonic solar cells. In 2014 researchers invented a mirror-like panel that when mounted on a building acts like an air conditioner. Silver is used in water purifiers. Silver can be alloyed with mercury at room temperature to make amalgams that are widely used for dental fillings.

The use of silver in photography in the form of silver nitrate and silver halides, Mirrors in almost all reflective telescopes use vacuum aluminum coatings. Using a process called sputtering silver along with other optically transparent layers is applied to glass, creating low emissivity coatings used in high-performance insulated glazing. Silver is used in food coloring. 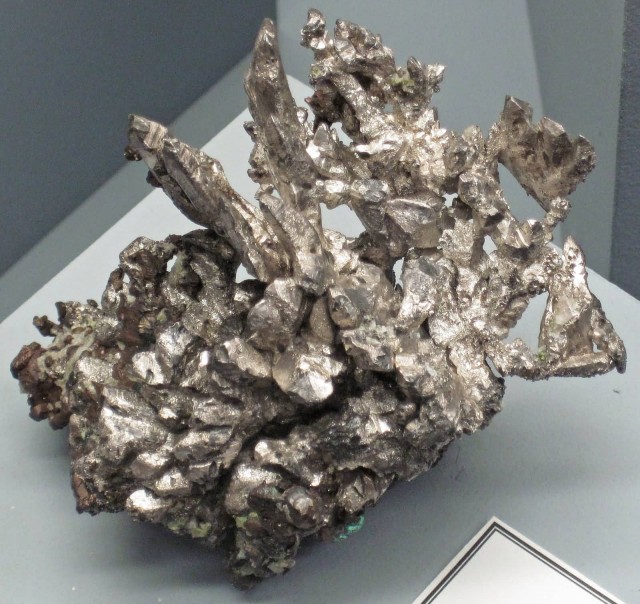 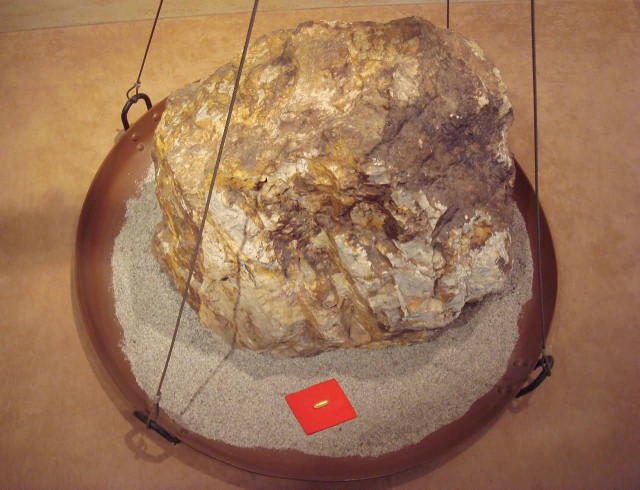 Gold is a chemical element with symbol AuIn its purest form it is a bright, slightly reddish yellow, dense, soft, malleable and ductile metal. Gold is the most malleable of all metals a single gram can be beaten into a sheet of 1 square meter or an ounce into 300 square feet. The world consumption of new gold produced is about 50% in jewelry, 40% in investments and 10% in industry. Only 10% of the world consumption of new gold produced goes to industry. Gold can be used in food and has the E number 175. Gold has been widely used throughout the world as money for efficient indirect exchange and to store wealth in hoards.

On Earth gold is found in ores in rock formed from the Precambrian time onward. The world’s oceans contain gold. In popular culture gold has many connotations but is most generally connected to terms such as good or great such as in the phrases: “has a heart of gold”, “that’s golden!”, “golden moment”, “then you’re golden!” and “golden boy”. It remains a cultural symbol of wealth and through that in many societies success. In 1965 the California Legislature designated gold “the State Mineral and mineralogical emblem”. In 1968 the Alaska Legislature named gold “the official state mineral”. 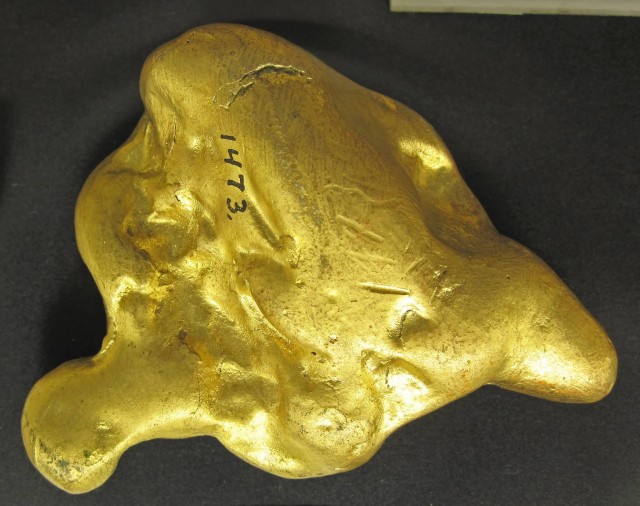