10 Famous Engineering Colleges In The World 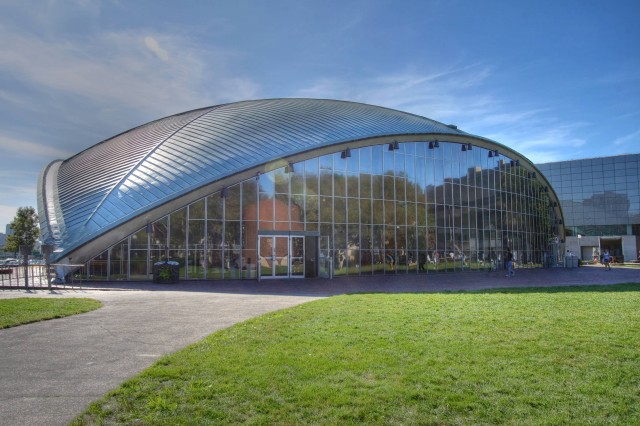 The Massachusetts Institute of Technology is a private research university in Cambridge, Massachusetts. Founded in 1861 in response to the increasing industrialization of the United States, MIT adopted a European polytechnic university model and stressed laboratory instruction in applied science and engineering. 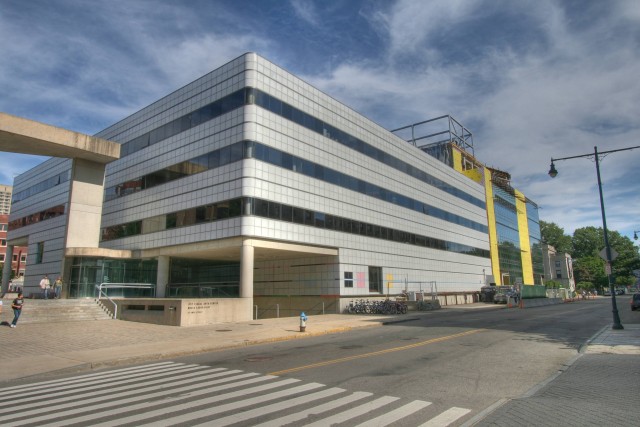 Researchers worked on computers, radar, and inertial guidance during World War II and the Cold War. Post-war defense research contributed to the rapid expansion of the faculty and campus under James Killian. MIT, with five schools and one college which contain a total of 32 departments, is traditionally known for its research and education in the physical sciences and engineering, and more

recently in biology, economics, linguistics, and management as well. The “Engineers” sponsor 31 sports, most teams of which compete in the NCAA Division III’s New England Women’s and Men’s Athletic Conference. MIT has a strong entrepreneurial culture and the aggregated revenues of companies founded by MIT alumni would rank as the eleventh-largest economy in the world. 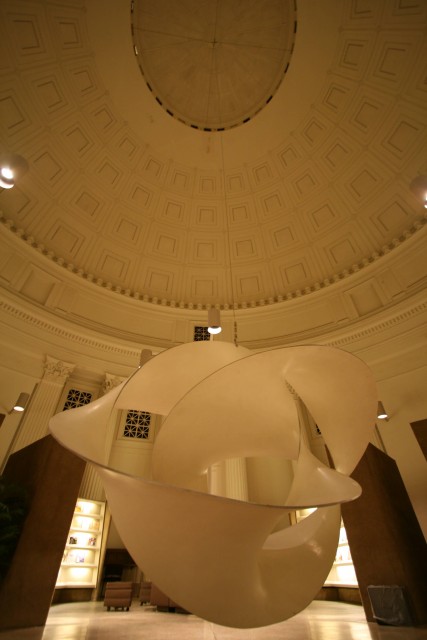 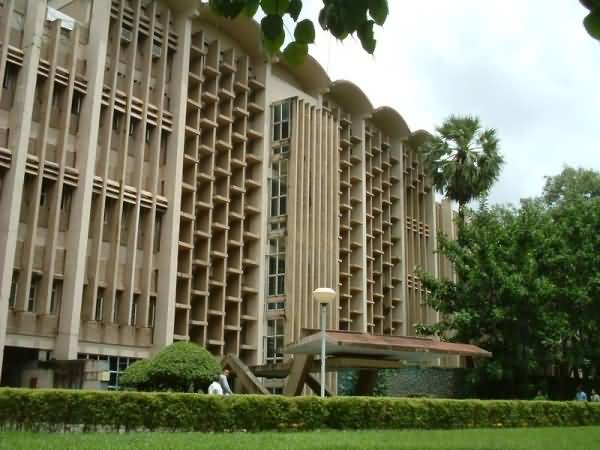 IIT Bombay was founded in 1958. In 1961, the Parliament decreed IITs as Institutes of National Importance. Planning for the Institute at Mumbai began in 1957 and the first batch of 100 students was admitted in 1958. IIT Bombay has a comprehensive graduate program offering doctoral degrees in Science, Technology, Engineering and Mathematics.

Currently IIT Bombay has a total of 14 academic departments, six centers, one school, and three interdisciplinary programmes. Over the last 53 years, around 39,000 engineers and scientists have graduated from the institute. Over the years, the institute has also created a niche for its innovative short-term courses through continuing education and distance education programmes. 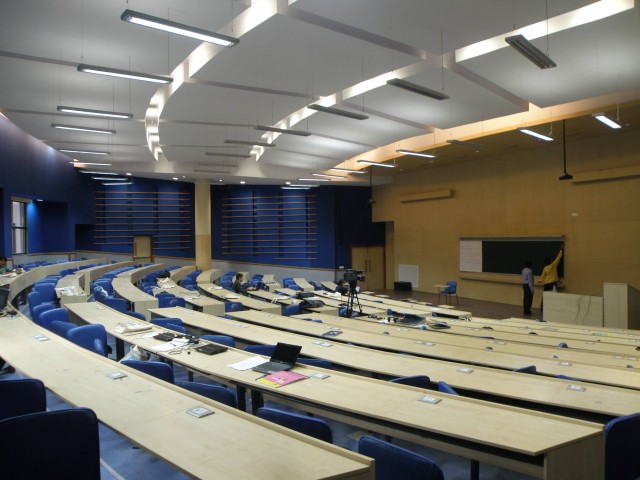 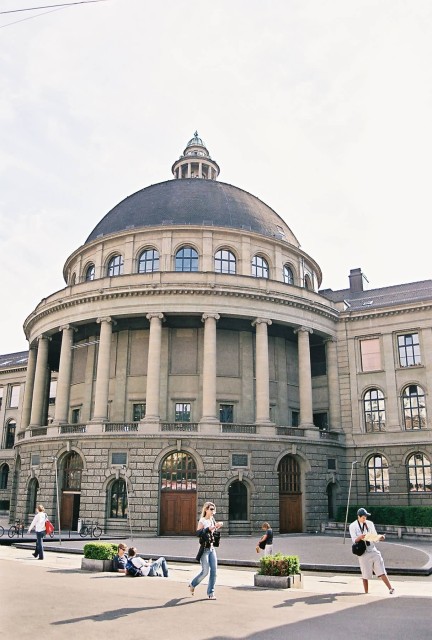 ETH Zürich is an engineering, science, technology, mathematics and management university in the city of Zürich, Switzerland. Like its sister institution Swiss Federal Institute of Technology in Lausanne, it is an integral part of the Swiss Federal Institutes of Technology Domain that is directly subordinate to Switzerland’s Federal Department of Economic Affairs, Education and Research.

ETH Zürich is consistently rated among the top universities in the world. It is currently ranked 4th in Europe overall, and 3rd best university in the world in engineering, science and technology. Twenty-one Nobel Prizes have been awarded to students or professors of the Institute in the past, the most famous of which is Albert Einstein in 1921, and the most recent is Richard F. Heck in 2010. It is a founding member of the IDEA League and the International Alliance of Research Universities and a member of the CESAER network.

The school was founded by the Swiss Federal Government in 1854 with the stated mission to educate engineers and scientists, serve as a national center of excellence in science and technology and provide a hub for interaction between the scientific community and industry. 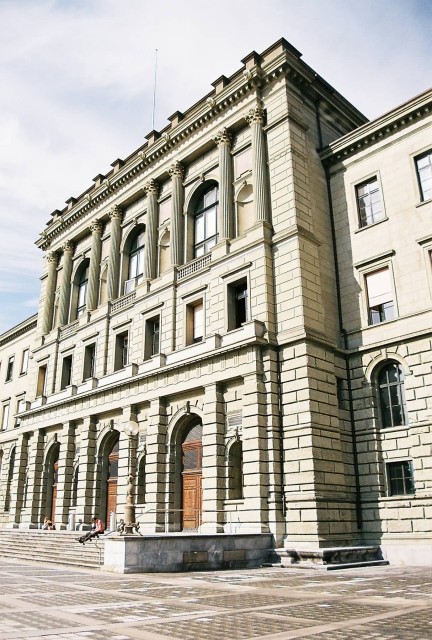 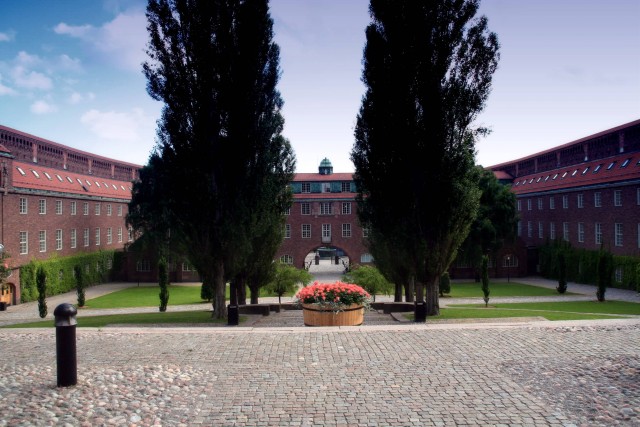 The Royal Institute of Technology is a university in Stockholm, Sweden. KTH was founded in 1827 as Sweden’s first polytechnic and is one of Scandinavia’s largest institutions of higher education in technology. KTH accounts for one-third of Sweden’s technical research and engineering education capacity at university level. 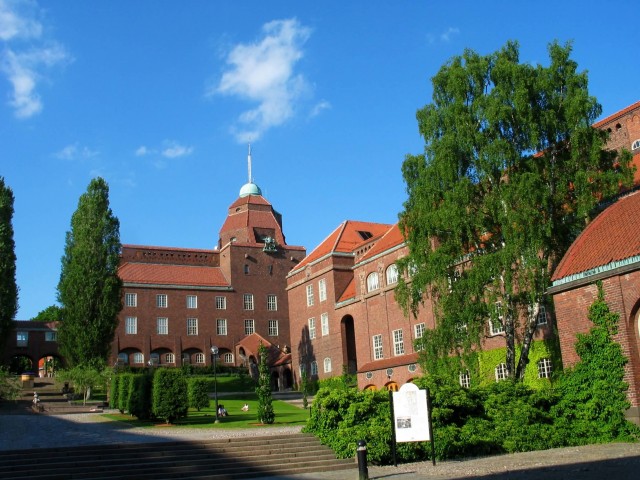 There are a total of just over 14 000 full-year equivalent undergraduate students, more than 1700 active postgraduate students and 4600 full-time-equivalent employees. KTH is one of the leading technical universities in Europe and highly respected worldwide, especially in the domains of technology and natural sciences. 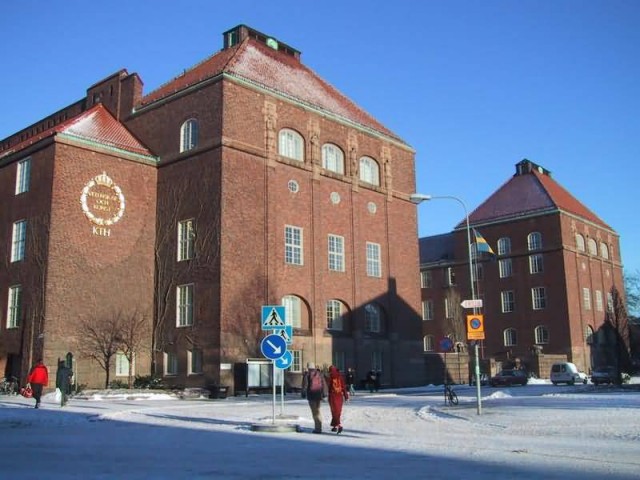 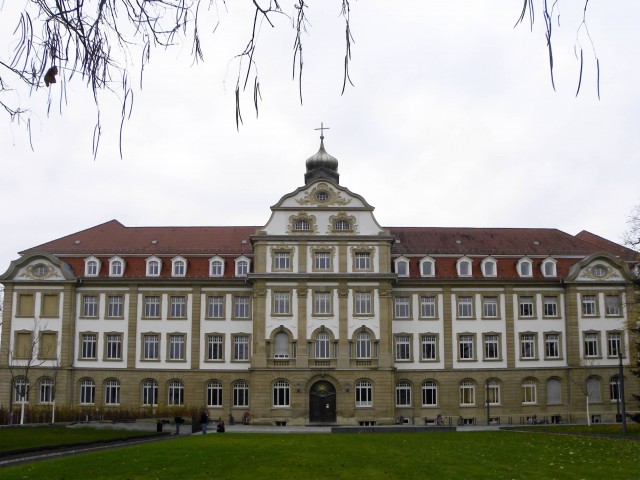 The Karlsruhe Institute of Technology is one of the largest and most prestigious research and education institutions in Germany known for its high quality of research work around the world. KIT was created in 2009 when the University of Karlsruhe, founded in 1825 as public research university and also known as “Fridericiana”, merged with the Karlsruhe Research Centre Forschungszentrum Karlsruhe, which was originally established as a national nuclear research centre in 1956. 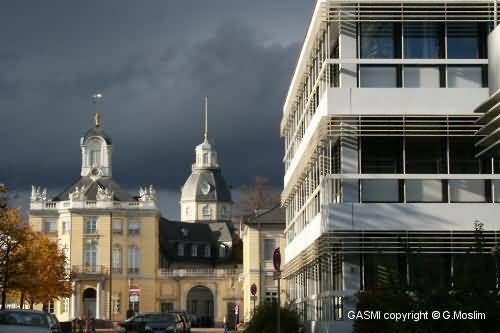 KIT is one of the leading universities in the Engineering and Natural Sciences in Europe, ranking sixth overall in citation impact. KIT is a member of the TU9  German Institutes of Technology e.V. As part of the German Universities Excellence Initiative KIT was accredited with the excellence status in 2006. In the 2011 performance ranking of scientific papers, Karlsruhe ranked first in Germany and among the top ten universities in Europe in engineering and natural sciences. 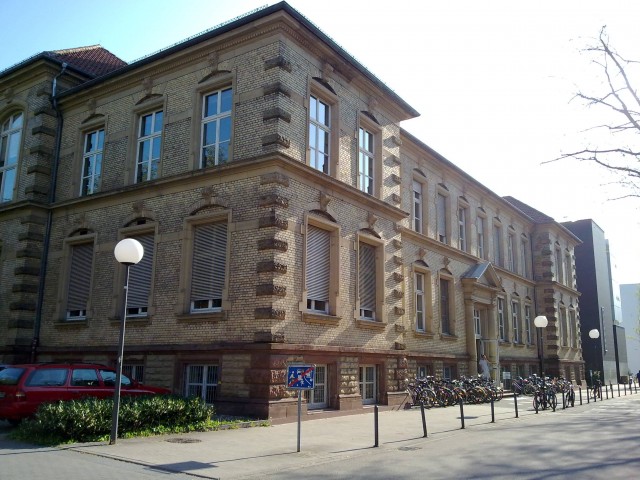 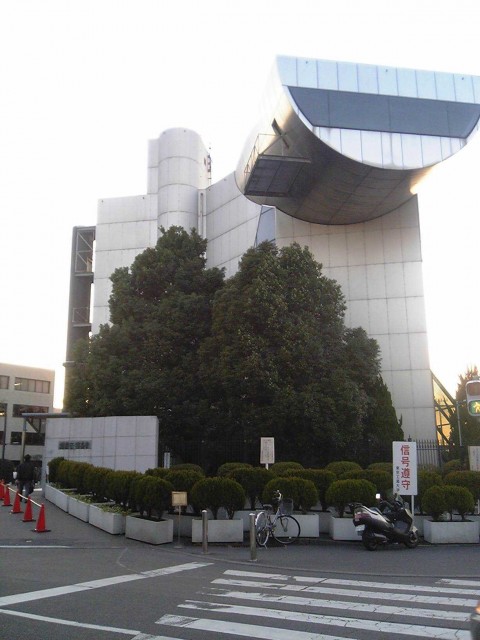 Tokyo Institute of Technology  is a national top-tier research university located in Greater Tokyo Area, Japan. Tokyo Tech is the largest institution for higher education in Japan dedicated to science and technology. Tokyo Tech enrolled 4,850 undergraduates and 5,006 graduate students for 2009–2010. It employs around 1,400 faculty members. Tokyo Tech’s main campus is located at Ōokayama on the boundary of Meguro and Ota, with its main entrance facing the Ōokayama Station. Other campuses are located in Suzukakedai and Tamachi.

Tokyo Tech is organised into 6 schools, within which there are over 40 departments and research centres. Operating the world-class supercomputer Tsubame 2.0, and making a breakthrough in high-temperature superconductivity, Tokyo Tech is a major centre for supercomputing technology and condensed matter research in the world. In 2011, it celebrated the 130th anniversary of its founding. In 2014, it joined the edX consortium and formed the Online Education Development Office  to create MOOCS, which are hosted on the edX website. 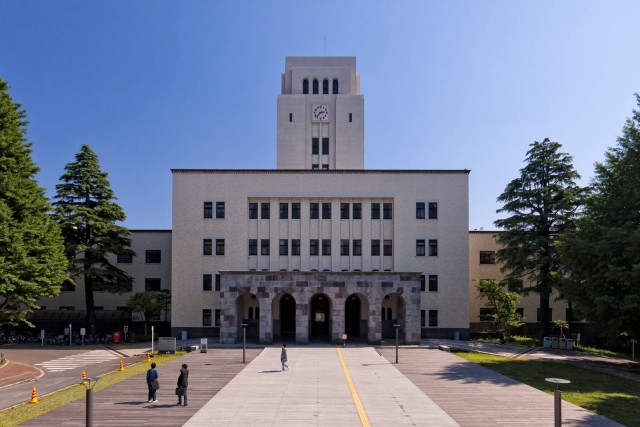 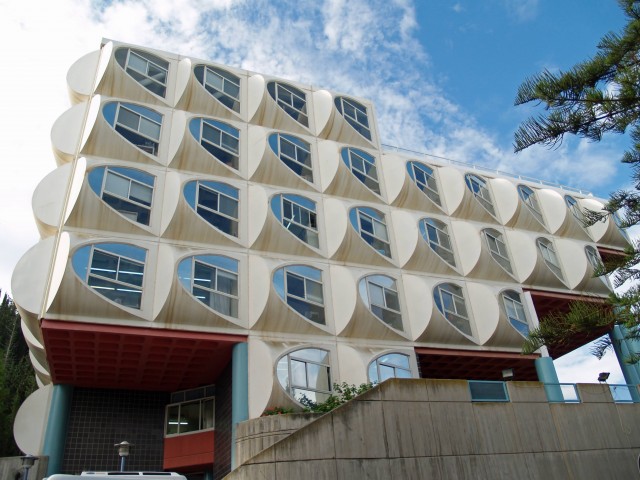 The Technion – Israel Institute of Technology  is a public research university in Haifa, Israel. Established in 1912, the Technion is the oldest university in Israel. The university offers degrees in science and engineering, and related fields such as architecture, medicine, industrial management and education. It has 18 academic faculties, 52 research centers and 12 affiliated teaching hospitals.

Since its founding, it has awarded more than 100,000 degrees and its graduates are cited for providing the skills and education behind the creation and protection of the State of Israel. The university’s principal language of instruction is Hebrew. Choosing the language of instruction was the subject of a national debate that became an important milestone in the consolidation of Hebrew as the spoken language in the State of Israel. 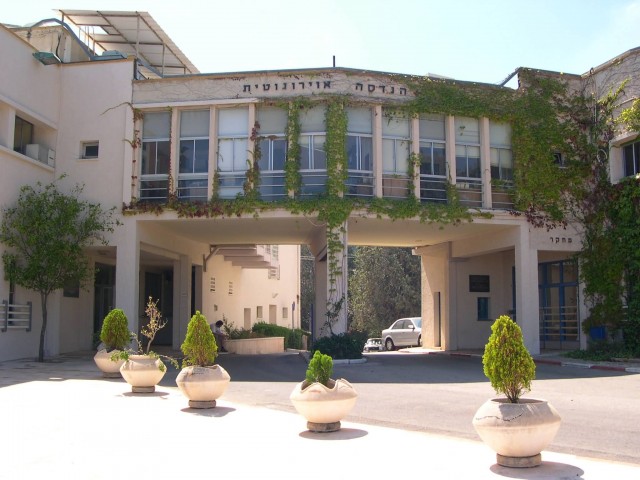 Technion’s 565 faculty members currently include three Nobel Laureates in chemistry. Four Nobel Laureates have been associated with the university. The current president of the Technion is Prof. Peretz Lavie, who was ranked in 2012 by the Israeli national newspaper The Marker as one of the country’s 100 most influential people. The Technion is placed in the Silicon Wadi and cited as one of the factors behind the growth of Israel’s high-tech industry. 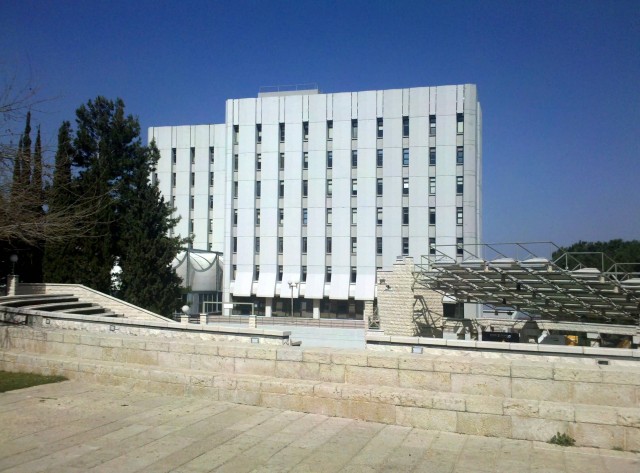 The International Institute of Information Technology, Hyderabad is an autonomous private university in Hyderabad, Telangana, India. It was established in 1997, and is one of the top Computer Science institutes in the country. It emphasizes research from the undergraduate level. It has been a consistent performer from India in ACM International Collegiate Programming Contest  and finished at #18 in 2012.

Raj Reddy, the only Indian to win the Turing Award, is chairman of the board of governors. Vint Cerf, popularly known as the father of the internet also a Turing Awardee joined the board of governors in February, 2015 to guide in IIIT Hyderabad’s long term vision and research. The institute runs Computer Science courses and research projects and is focused on research. It gives the students interaction with industry, preparation in entrepreneurship and personality development courses. IIIT Hyderabad is the mentor institute to Indian Institute of Information Technology, Sri City. 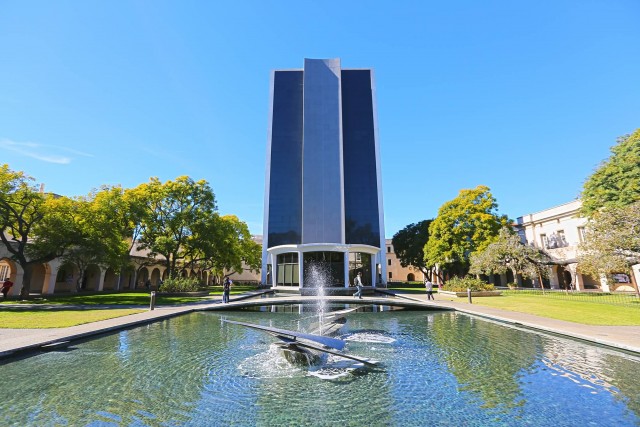 The California Institute of Technology  is a private research university located in Pasadena, California, United States. Although founded as a preparatory and vocational school by Amos G. Throop in 1891, the college attracted influential scientists such as George Ellery Hale, Arthur Amos Noyes, and Robert Andrews Millikan in the early 20th century. The vocational and preparatory schools were disbanded and spun off in 1910, and the college assumed its present name in 1921.

In 1934, Caltech was elected to the Association of American Universities, and the antecedents of NASA’s Jet Propulsion Laboratory, which Caltech continues to manage and operate, were established between 1936 and 1943 under Theodore von Kármán. The university is one among a small group of Institutes of Technology in the United States which tends to be primarily devoted to the instruction of technical arts and applied sciences. Caltech has six academic divisions with strong emphasis on science and engineering, managing $332 million in 2011 in sponsored research. 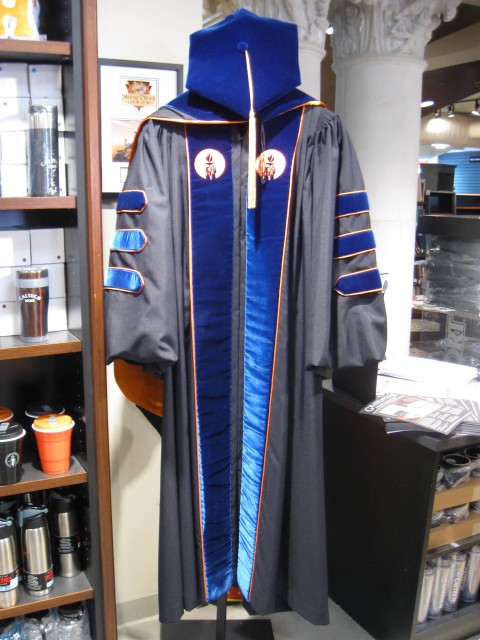 The Indiana Institute of Technology  is a private non-profit, Ph.D.-granting university located in Fort Wayne, Allen County, Indiana, United States. It was founded as Indiana Technical College by John A. Kalbfleisch, who was also the school’s first president. The college was founded in June 1930, and was incorporated as a proprietary school by the State of Indiana on January 10, 1931. The university today is organized into five colleges.

The university specializes in career-oriented degree programs in business, engineering, computer science, education, criminal justice and others. In addition to the traditional semester-long class format, Indiana Tech also offers accelerated degree programs and online programs via its College of Professional Studies. Student athletics, both organized and intramural, are an important part of student life. Indiana Tech fields eleven men’s and eleven women’s teams that compete in the NAIA, in which Indiana Tech is a member of the Wolverine-Hoosier Athletic Conference for all intercollegiate athletics.