10 Famous Fashion Designers In The Universe 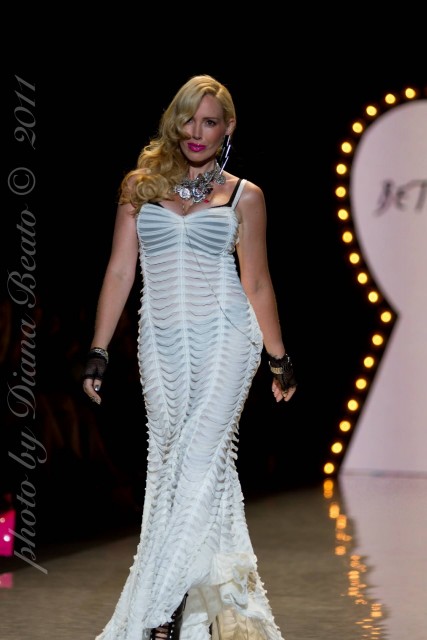 Betsey Johnson (born August 10, 1942) is an American fashion designer best known for her feminine and whimsical designs. Many of her designs are considered “over the top” and embellished. She also is known for doing a cartwheel at the end of her fashion shows. Following her graduation from high school, Johnson studied at the Pratt Institute and then later graduated Phi Beta Kappa from Syracuse University where she was a member of the Alpha Xi Delta women’s sorority.

After graduation, she spent a summer as an intern at Mademoiselle magazine. In 1969, she opened a boutique called Betsey Bunky Nini on New York’s Upper East Side. Edie Sedgwick was her house model and Johnson designed the clothing Sedgwick wore on her last film, Ciao! Manhattan. On September 12, 2012, Betsey Johnson celebrated 40 years of her brand with a retrospective fashion show with Cyndi Lauper performing. On September 4, 2014, it was announced that Betsey Johnson will be one of the celebrities competing on the 19th season of Dancing with the Stars. She is paired with professional dancer Tony Dovolani. The couple was eliminated on Week 4, finishing in 10th place. 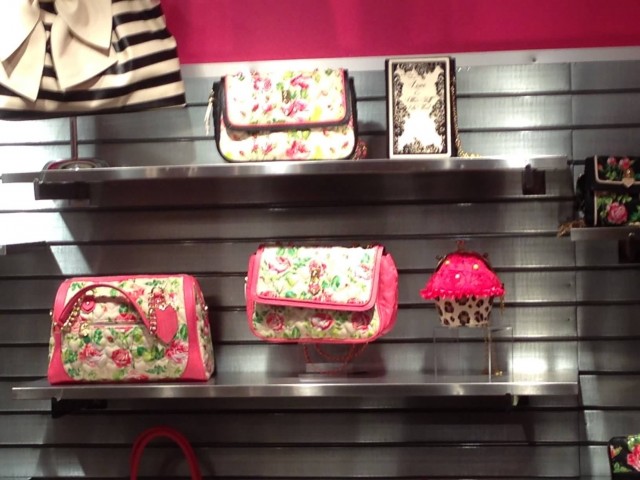 Sandy Powell OBE (born 7 April 1960) is a British costume designer. She has been nominated ten times for the Academy Award for Costume Design, winning three for Shakespeare in Love (1998), The Aviator (2004), and The Young Victoria (2009). She has also received nine BAFTA Award nominations, winning for Velvet Goldmine and The Young Victoria.

She won numerous other awards in costume design for the latter film. She is frequently associated with Martin Scorsese, having designed the costumes for six of his films. Powell attended Saint Martin’s School of Art in London, before completing her degree, due to offers of work from, amongst others, Derek Jarman. She was appointed Officer of the Order of the British Empire (OBE) in the 2011 New Year Honours for services to the film industry. 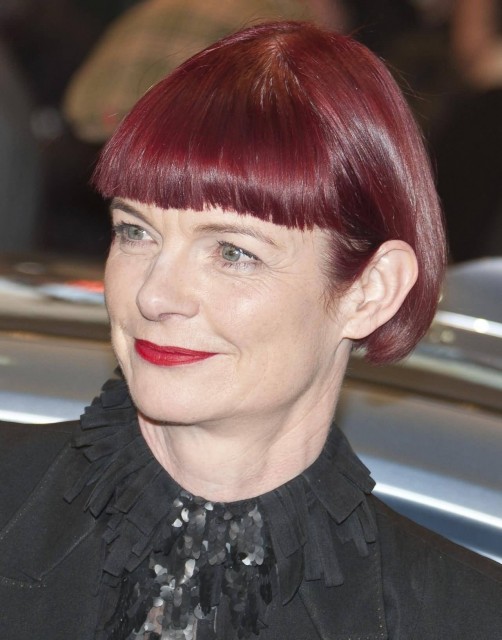 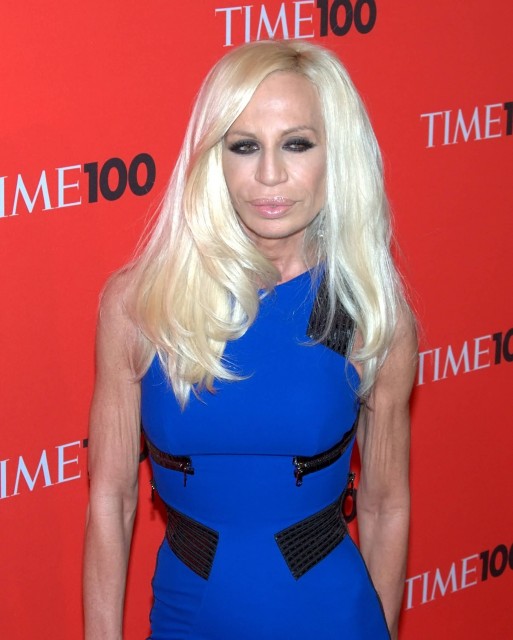 Donatella Versace (born 2 May 1955) is an Italian fashion designer and current Vice President of the Versace Group, as well as its chief designer. She owns a 20% share of the business. During the 1980s, Donatella’s brother, Gianni Versace, launched a perfume dedicated to her, Blonde, and gave her his own diffusion label, Versus. Versace took over the label’s design after her brother’s murder. 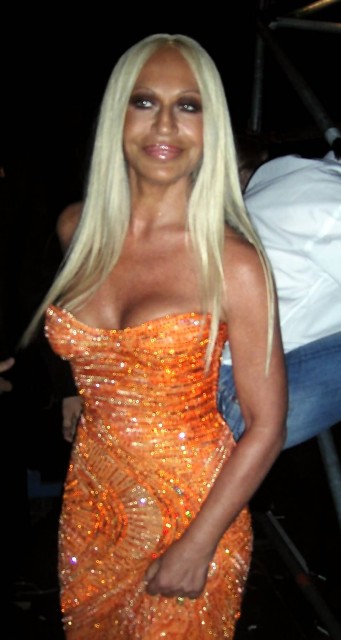 She is a patron of the Elton John AIDS Foundation. In 2010, Donatella’s charity work earned her a Do Something With Style Award nomination from the VH1 Do Something Awards. She was nominated for providing art supplies to children and creating a tote bag, whose proceeds will go to Starlight and the ONE Foundations. The awards show, produced by VH1, is dedicated to honoring people who do good and is powered by Do Something, an organization that aims to empower, celebrate, and inspire young people. 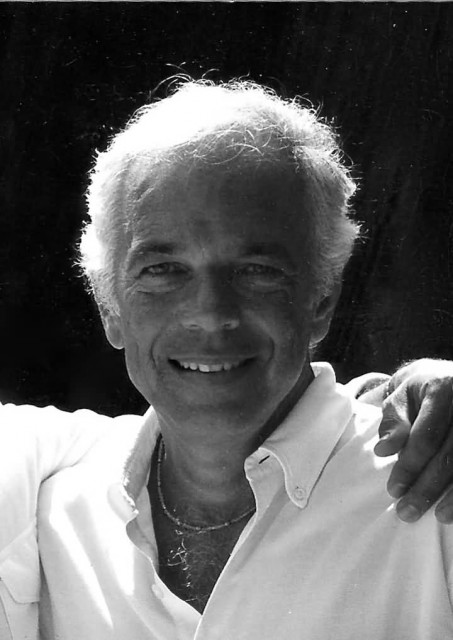 Ralph Lauren,(born Ralph Lifshitz; October 14, 1939) is an American fashion designer, philanthropist, and business executive, best known for the Ralph Lauren Corporation clothing company, a global multi-billion-dollar enterprise. He has also become well known for his collection of rare automobiles, some of which have been displayed in museum exhibits. 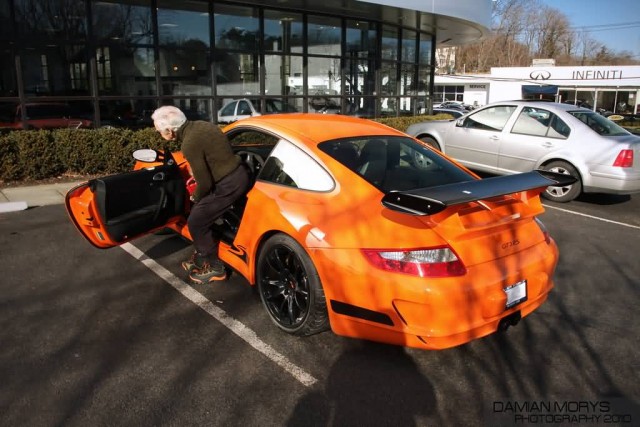 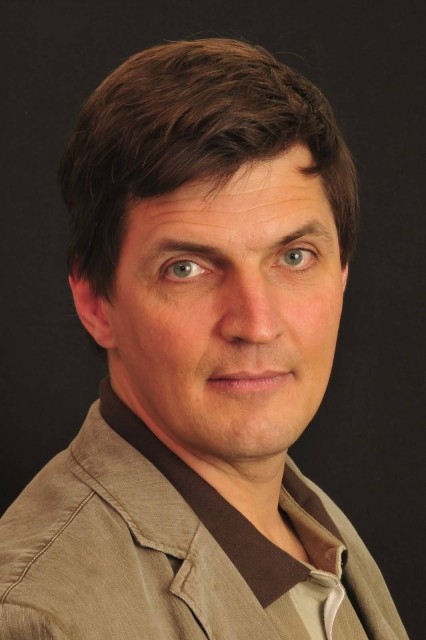 Marc Jacobs (born April 9, 1963) is an American fashion designer. He is the head designer for Marc Jacobs, as well as Marc by Marc Jacobs, a diffusion line, with over 200 retail stores in 80 countries. He was the creative director of the French design house Louis Vuitton from 1997 to 2013. Jacobs was on Time magazine’s “2010 Time 100″ list of the 100 most influential people in the world, and ranked number 14 on Out magazine’s 2012 list of “50 Most Powerful Gay Men and Women in America”. He attended the High School of Art and Design and studied at the Parsons School of Design in New York.

While at Parsons in 1984, Jacobs won the Perry Ellis Gold Thimble Award, Chester Weinberg Gold Thimble Award, and Design Student of the Year Award. He also won an award in 1991 from the Council of Fashion Designers of America. In Summer 2013, there were 285 Marc Jacobs retail stores in 60 countries. In 2013 December, the new Marc Jacobs flagship store opened in Shanghai. In March 2015, Marc Jacobs announced the end of his secondary brand Marc by Marc Jacobs in order to focus on the development of his main label Marc Jacobs and to target to more luxury oriented audience. 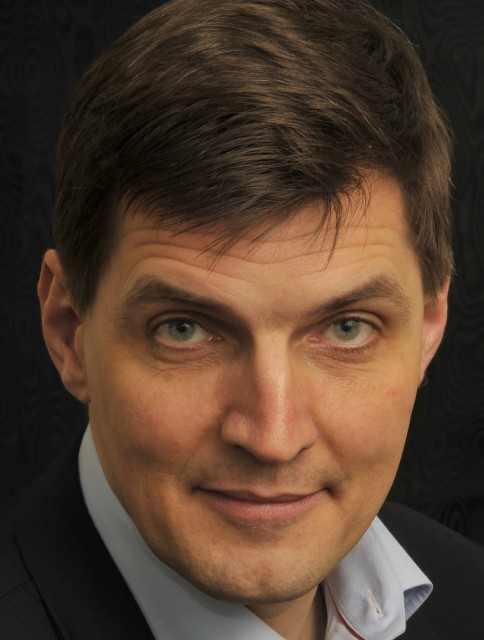 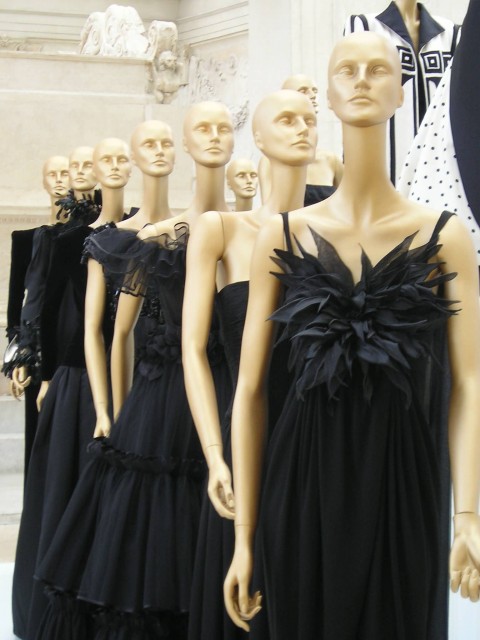 Valentino Clemente Ludovico Garavani (born 11 May 1932 in Voghera, Italy), best known as Valentino, is an Italian fashion designer and founder of the Valentino SpA brand and company. His main lines include Valentino, Valentino Garavani, Valentino Roma and R.E.D. Valentino. He studied at the Ecole des Beaux-Arts and at the Chambre Syndicale de la Couture Parisienne.

During the festivities for the 45th year of Valentino’s career, the Mayor of Rome, Walter Veltroni, announced that the site of the Valentino Museum would be a building in via San Teodoro in Rome, between the Palatine Hill and the Bocca della Verita.. He was Awarded By Grande ufficiale dell’ Ordine al merito della Repubblica Italiana, Cavaliere del Lavoro, The Neiman Marcus Award, Chevalier de la Légion d’honneur.

Stella Nina McCartney, OBE (born 13 September 1971) is an English fashion designer. She is the daughter of former Beatles member Sir Paul McCartney and American photographer and animal rights activist Linda McCartney. She was graduated from Central St Martins in 1995. A signature style of sharp tailoring, natural confidence and sexy femininity was apparent in her first collection.

In 1997, she was appointed the Creative Director of Chloé in Paris. She became interested in designing clothes as a youth. At age thirteen, she made her first jacket. Three years later, she interned for Christian Lacroix, working on his first haute couture collection, honing her skills working for Edward Sexton, her father’s Savile Row tailor for a number of years. She studied her foundation at Ravensbourne College of Design and Communication, fashion design at Central Saint Martins College of Art and Design in the early 1990s. Stella McCartney received the VH1/Vogue Designer of the Year award in 2000. In November 2007, McCartney designed a silver necklace featuring a single leg, an apparent attack on her father’s estranged wife Heather Mills, an amputee. Fashion insiders thought it was “edgy”, but also a bit “out of order”

Carolina Herrera (born January 8, 1939[1]) is a Venezuelan-American fashion designer known for “exceptional personal style”, and for dressing First Ladies from Jacqueline Onassis to Michelle Obama. The New York Times cited her designs as “elegant and worldly without ever being fussy”. In 2008, she was awarded the Geoffrey Beene Lifetime Achievement Award from the Council of Fashion Designers of America,and “Womenswear Designer of the Year” in 2004.

Herrera is a recipient of The International Center in New York’s Award of Excellence as well as Spain’s Gold Medal for Merit in the Fine Arts, which was presented to her in 2002 by King Don Juan Carlos I. She was awarded the Gold Medal of the Queen Sofía Spanish Institute in 1997. She received the Fashion Group International Superstar Award, the Style Awards Designer of the Year in 2012 and the “Mercedes-Benz Presents” title for her 2011 collection. She has been on the cover of Vogue seven times. Since 2004, she has been a member of the board of directors of jewelry designer Mimi So, and since 1999 on the board of the CFDA. In 2014, she earned the 2014 Couture Council Award for Artistry of Fashion. 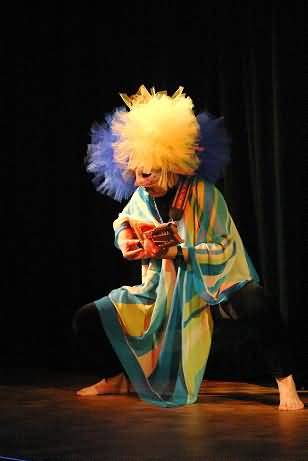 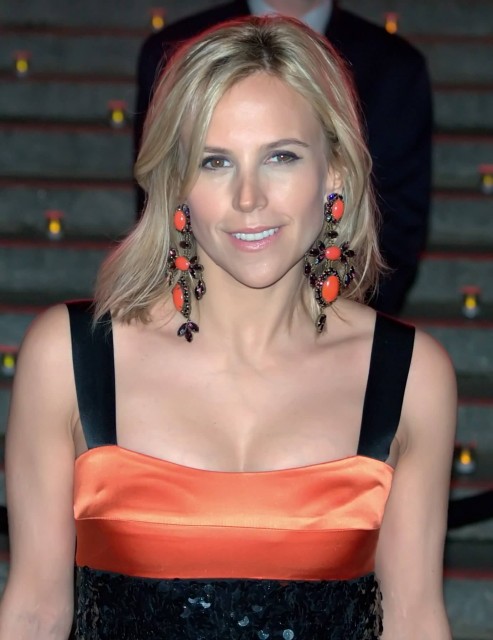 Tory Burch (born June 17, 1966; née Robinson) is an American fashion designer, business woman, and philanthropist, who has won several fashion awards for her designs. She is the Chairman, CEO, and Designer of Tory Burch LLC. Burch attended the Agnes Irwin School in Rosemont, Pennsylvania, where she rode horses, was captain of the tennis team. Her first job was at Benetton in the King of Prussia Mall. She then attended the University of Pennsylvania, where she was a member of the sorority Kappa Alpha Theta. She majored in art history, and graduated in 1988. Early work.

After college, Tory moved to New York City where she worked for Zoran, a Yugoslavian designer, followed by Harper’s Bazaar magazine. She then moved into public relations and advertising positions at Vera Wang, Polo Ralph Lauren and Loewe when Narciso Rodriguez was there. In 2005, Burch won the Rising Star Award for Best New Retail Concept from the Fashion Group International. In 2007, she won the Accessory Brand Launch of the year award from the Accessories Council of Excellence. In 2008, Burch won the Council of Fashion Designers of America award for Accessories Designer of the Year. Burch has consistently been included on Forbes list of The World’s 100 Most Powerful Women. As of 2014, she is listed as the 79th most powerful woman in the world by Forbes. 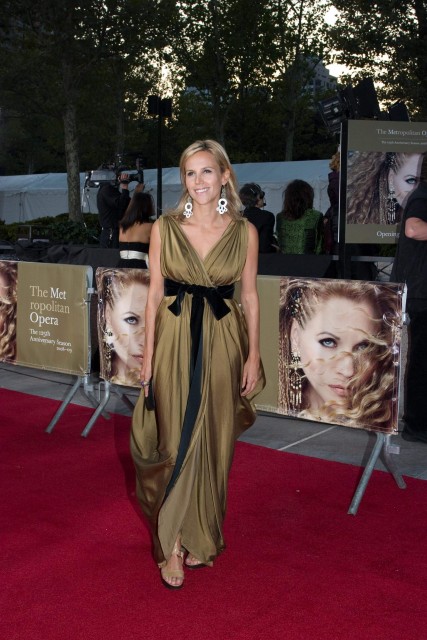 Phoebe Philo OBE (born 1973) is a British fashion designer. In 2014 she was named by Time Magazine as amongst the world’s 100 most influential people. She studied at Central Saint Martins College of Art and Design in London, graduating in 1996. She graduated showing a final student collection that The Guardian would later describe as having a “Latino influence and huge gold jewellery. 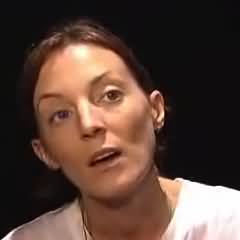