Most famous Glacial lakes in India 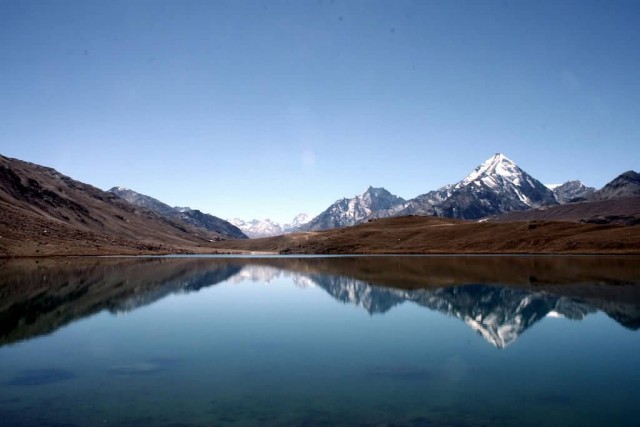 Chandra Taal (meaning the Lake of the Moon), or Chandra Tal, is situated at an altitude of about 4,300 metres in the Himalayas. Mountains of scree overlook the lake on one side, and a magnificent cirque presents a view on the other. The lake is situated on the Samudra Tapu plateau, which overlooks the Chandra River. The lake is one of two high-altitude wetlands of India which have been designated as Ramsar sites. 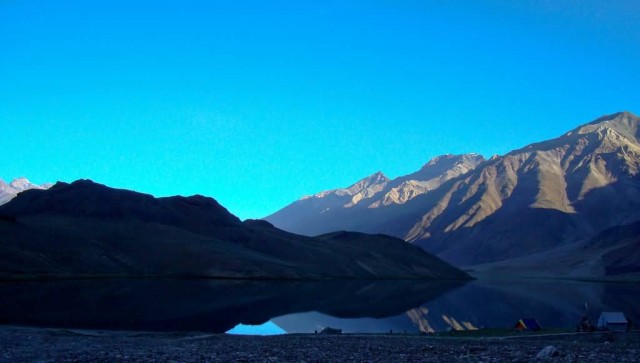 Situated in the Spiti part of the Lahul and Spiti district of Himachal Pradesh (India), Chandra Taal is a popular destination for trekkers and campers. The lake is accessible on foot from Batal as well as from Kunzum Pass from late May to early October. There is also a motorable road from Batal which is 14 km away from Chandra Taal. Vast meadows on the banks of the lake are the camping sites. During springtime, these meadows are carpeted with hundreds of kinds of wildflowers. 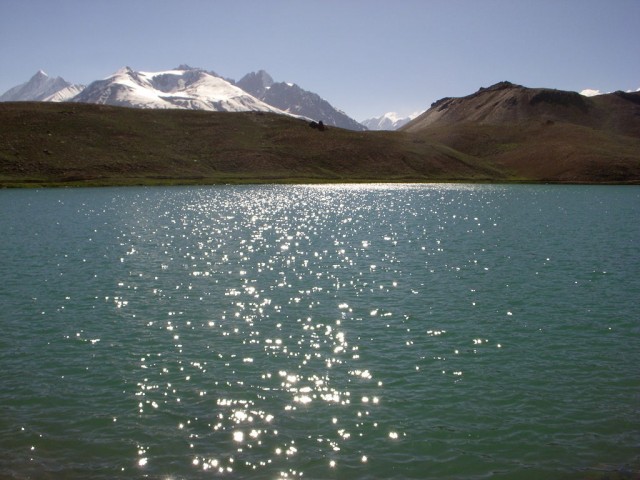 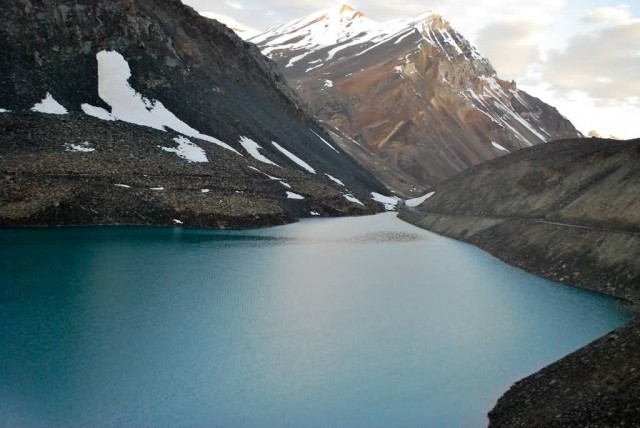 Suraj Tal or Suraj Tal Lake also called Surya taal, is a sacred body of water, literally means the Lake of the Sun God and lies just below the Bara-lacha-la pass in the Lahaul and Spiti valley of Himachal Pradesh state in India and is the third highest lake in India and the 21st-highest in the world. The lake is fed from the glaciers and torrential nullahs originating from the Bara-lacha-la pass, which is 8 km long and is also called the “Pass with crossroads on summit”.

The lake is situated in the Upper Himalayan Zone or High Latitudinal Zone part of the Himalayas which has very sparse population with climatic conditions akin to polar conditions. Snowfall in this zone, though scanty, is reported to be spread all round the year. Rainfall precipitation is rare in the region. Snow precipitation from snow storms is reported to be less than 20 cm. 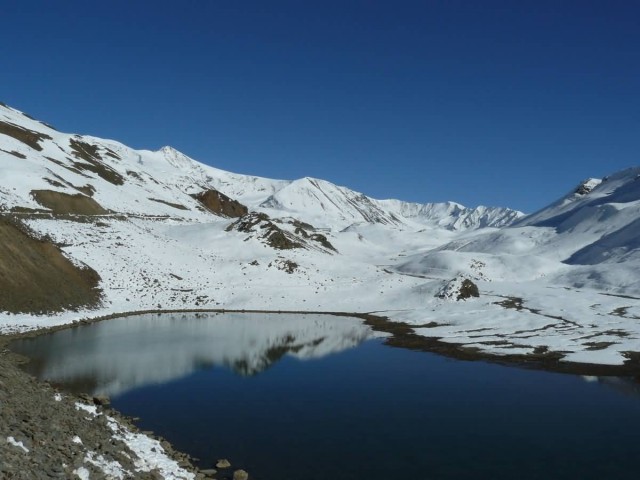 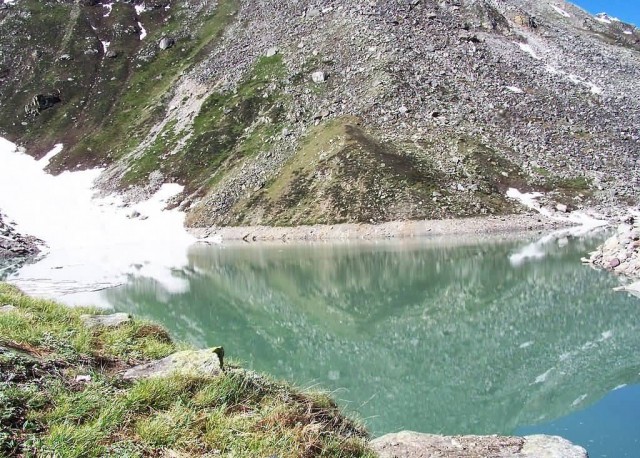 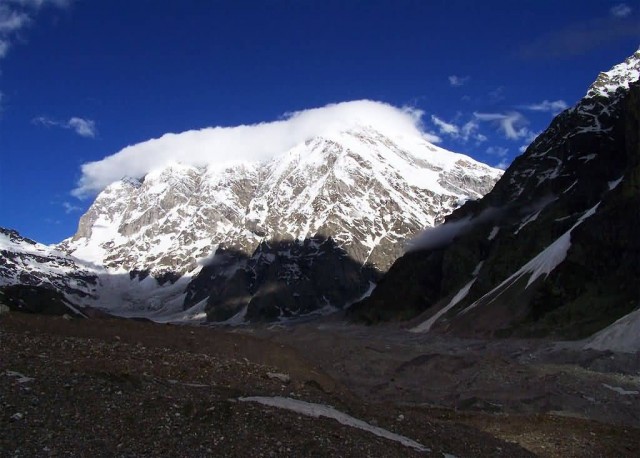 Roopkund, locally known as Mystery Lake is a high altitude glacial lake in Uttarakhand state of India, lies in the lap of Trishul massif and famous due to hundreds of human skeletons found at the edge of the lake. A shallow lake, having a depth of about 2 metres, Roopkund has attracted attention by having human skeletal remains easily visible at its bottom when snow melts. Roopkund is a picturesque and beautiful tourist destination and one of the important places for trekking in Garhwal District, Himalayas, located near the base of two Himalayan peaks: Trisul (7120 m) and Nanda Ghunti (6310 m). A religious festival is held at the alpine meadow of Bedni Bugyal every autumn with nearby villages participating. 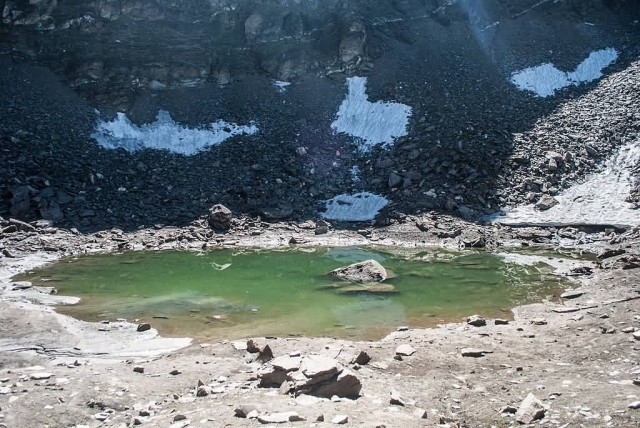 Kedartal, also known as Shiva’s lake is a glacial lake situated at an altitude of 4,750 m in the Garhwal region of the Himalayas in India. Kedartal, at a distance of 17 km from Gangotri, is a popular trekking destination. Starting from Gangotri the route involves a steep rocky climb along the narrow Kedar Ganga gorge en route to Bhojkharak, 8 km away. From there it’s 4 km to the next available camping site of Kedarkharak and a further 5 km to Kedartal. The route passes through scenic Himalayan birch forests, but is made hazardous in places by falling rocks, high altitude and segments of steep ascent. 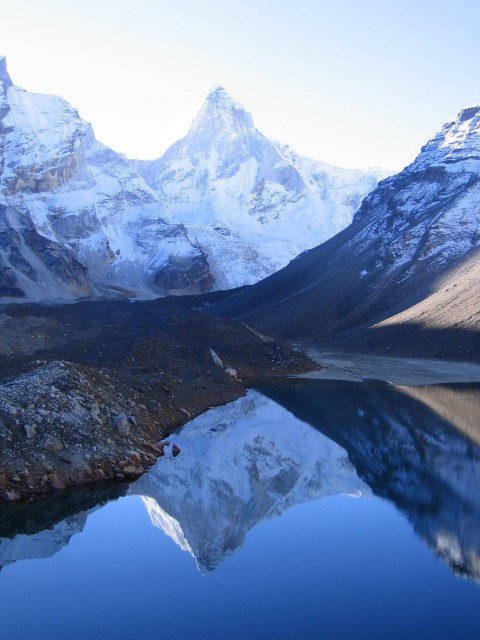