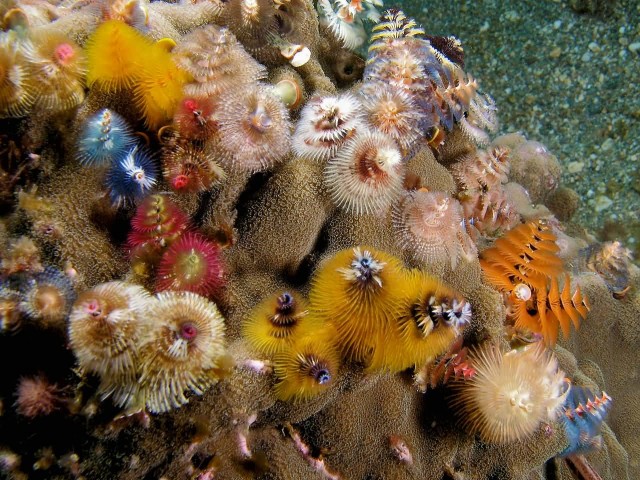 Spirobranchus giganteus is commonly known as Christmas tree worms because they are look like Christmas tree. The multicolored spirals are highly derived structures for feeding and respiration. It has a tubular body. It does not move outside its tube. This worm does not have any specialized appendages for movement or swimming. 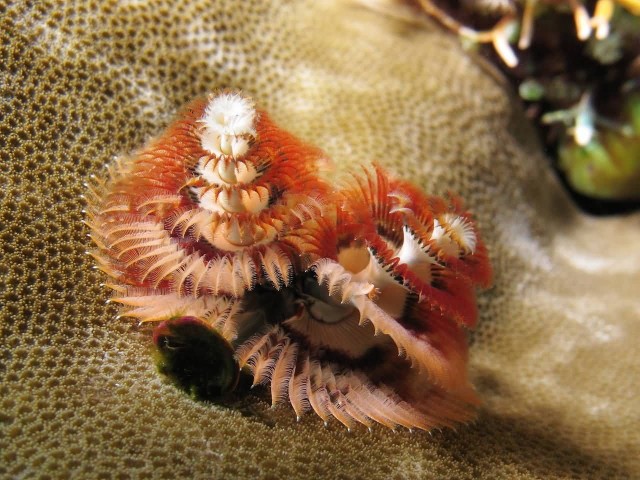 The worms most distinct features are two “crowns” shaped like Christmas trees. Christmas tree worms are widely distributed throughout the world’s tropical oceans. They have been known to occur from the Caribbean to the Indo-Pacific. 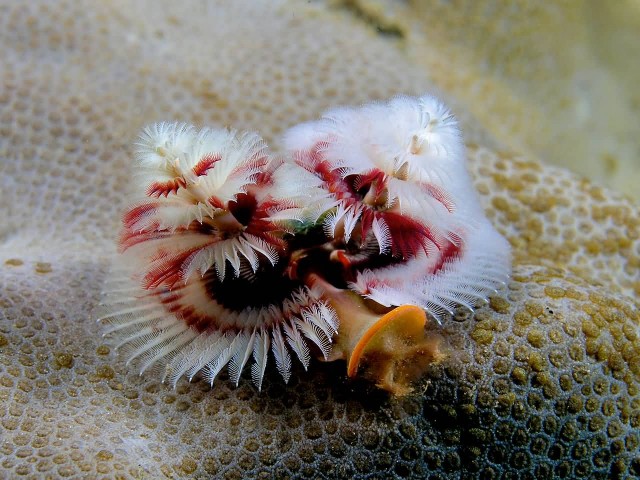 They feed on plankton or floating food particles in the water by using their plumes that surround the spiral center of the worm. Christmas Tree Worm can be white, blue, brown, red, green and orange. 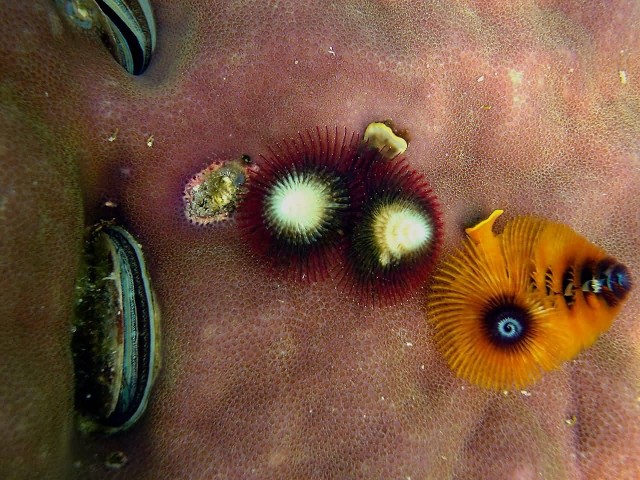 The worm itself has no commercial fishery importance. It is of interest to marine aquarists and divers everywhere. The variously colored worm crowns make extremely popular underwater photographic subjects for sport divers. 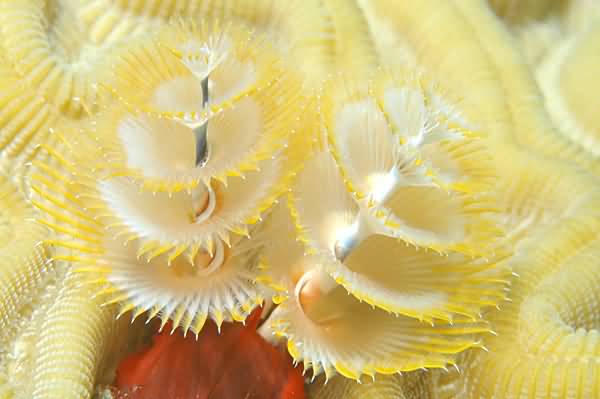