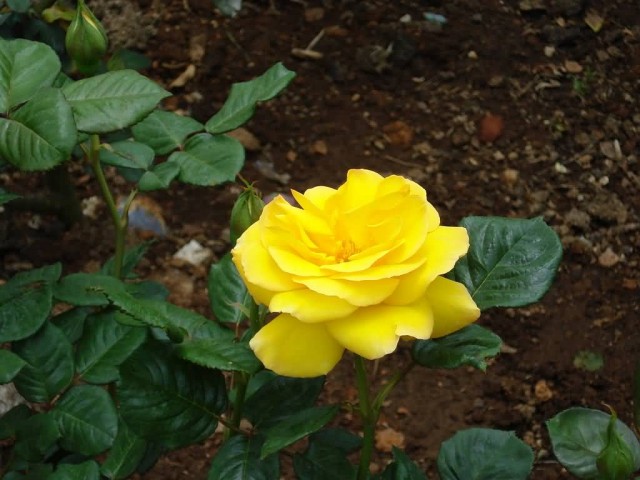 The Government rose garden formerly known as the Jayalalithaa Rose Garden, Centerary Rose Park and Nootrandu Roja Poonga, is the largest rose garden in India. It is situated on the slopes of the Elk Hill in Vijayanagaram of Ooty town in Tamil Nadu, India at an altitude of 2200 meters. Today this garden has one of the largest collection of roses in the country with more than 20,000 varieties of roses of 2,800 cultivars. The collection include Hybrid Tea Roses, Miniature Roses, Polyanthas, Papagena, Floribunda, Ramblers, Yakimour and roses of unusual colours like black and green. 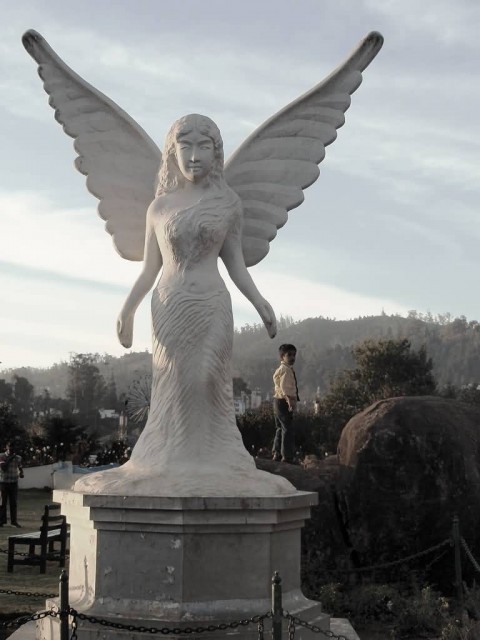 Ooty has a unique tropical mountain climate, hence the garden has the ideal climatic conditions for growing of roses. Temperature variation is less and the rainfall distribution is uniform in the locale, which results in a long flowering season. The garden is visited by thousands of tourists throughout the year and even in winter, when it is not the flowering season. The garden has been laid out with rose tunnels, pergolas and bowers with rose creepers. The slopes of the garden also features Nila Maadam, an observation platform. From the Nila Maadam, tourists can observe the entire rose garden. The garden also features a statue of an angel amidst the roses. 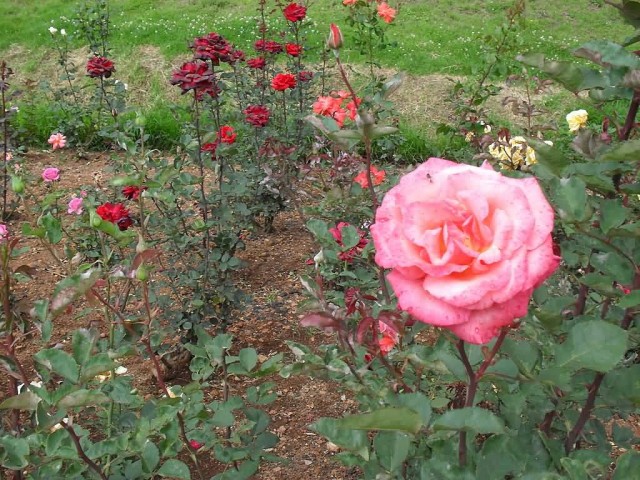 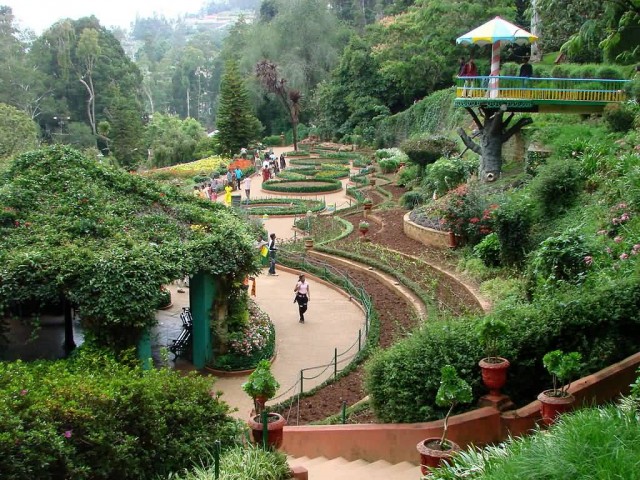 The 22-acre Ooty Botanical Gardens was laid out in 1847 and is maintained by the Government of Tamil Nadu. The Botanical Garden is lush, green and well-maintained. A flower show along with an exhibition of rare plant species is held every May. The Gardens have around a thousand species, both exotic and indigenous, of plants, shrubs, ferns, trees, herbal and bonsai plants.

The garden has a 20-million-year-old fossilized tree. The present Botanical Gardens are divided into 6 sections namely Lower Garden, New Garden, Italian Garden, Conservatory, Fountain Terrace and Nurseries, cover an area of around 22 hectares and lie on the lower slopes of Doddabetta peak. The garden has a terraced layout. It is maintained by the Tamil Nadu Horticulture Department.

The lower garden comprises the entrance and the lower lawns. The entrance of the garden leads into an extensive lush green lawn of Kikiyu grass which is known for its springy vigour. The prime attractions in this section are the carpet-bet design of the map of the Indian Union laid out with selective plants and the fossil trunk of 20 million years old, erected on a pedestal. 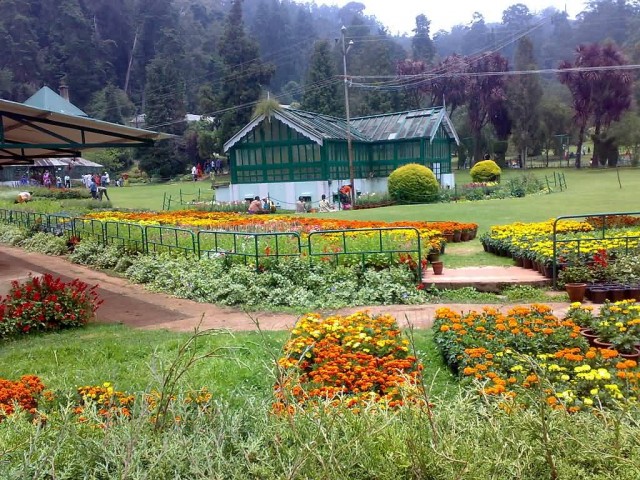 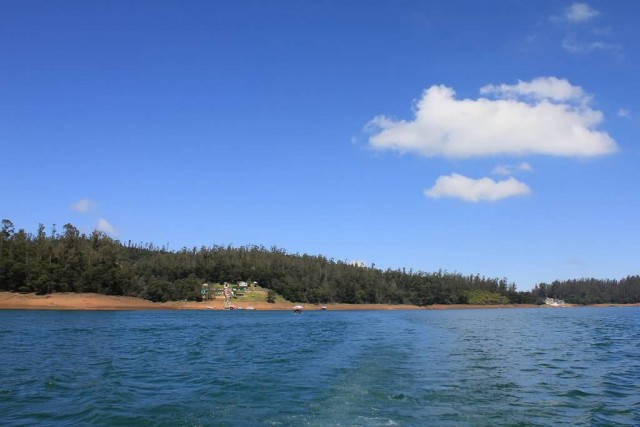 Ooty lake covers an area of 65 acres. Ooty lake is an artificial lake constructed by John Sullivan, in 1824. The water flowing down mountain streams in the Ooty valley was dammed to form the lake. The Boat house established alongside the lake, which offers boating facilities to tourists, is a major tourist attraction in Ooty. It was constructed in 1824 by John Sullivan, the first collector of Ooty. The lake was formed by damming the mountain streams flowing down Ooty valley. 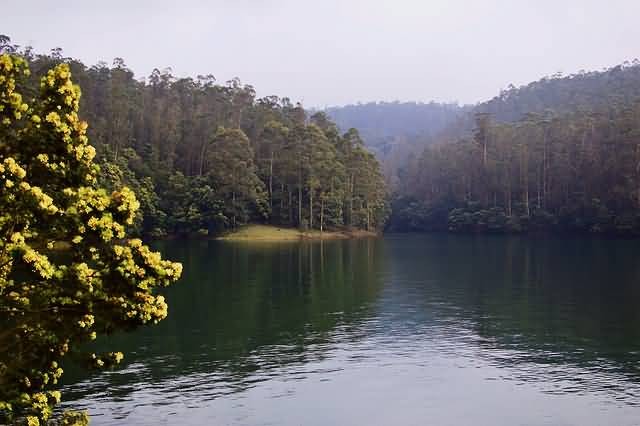 The lake is set among groves of Eucalyptus trees with a railway line running along one bank. During summer season in May, boat races and boat pageantry are organised for two days at the lake. The boat house, which adjoins the lake was opened by the Tamil Nadu Tourism Development Corporation (TTDC). Boating is the prime attraction at the lake. The boat house offers boating facilities with Paddle boats, Row boats, and Motor boats. It also features a garden, a mini train and an amusement park. The other notable features include a canteen run by the TTDC and pony rides in front of the boat house. 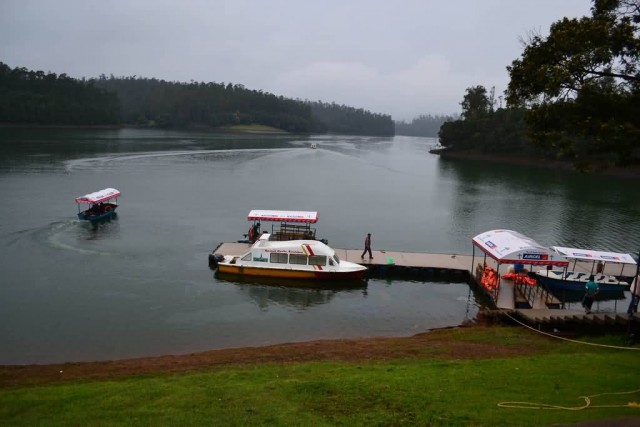 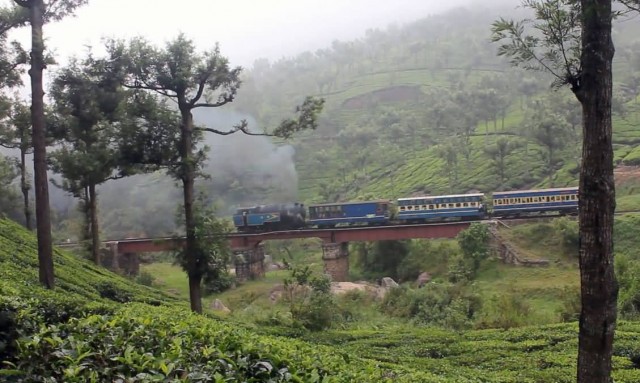 In July 2005, UNESCO added the Nilgiri Mountain Railway as an extension to the World Heritage Site of Darjeeling Himalayan Railway, the site then became known as “Mountain Railways of India”, after it satisfied the necessary criteria, thus forcing abandonment of the modernisation plans.

For the past several years diesel locomotives have taken over from steam on the section between Coonoor and Udhagamandalam. Local people and tourists have led a demand for steam locos to once again haul this section. 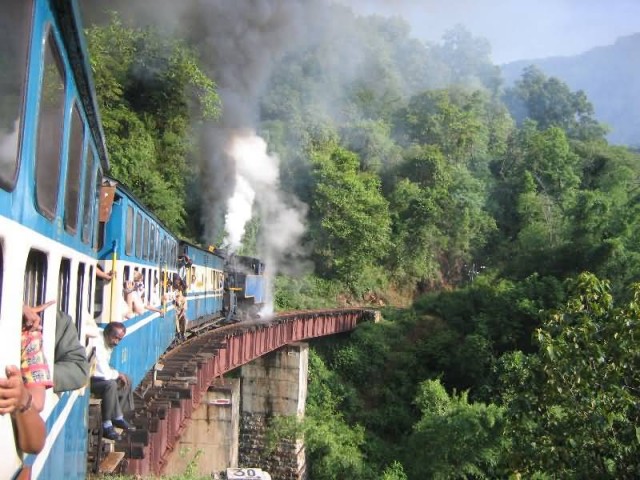 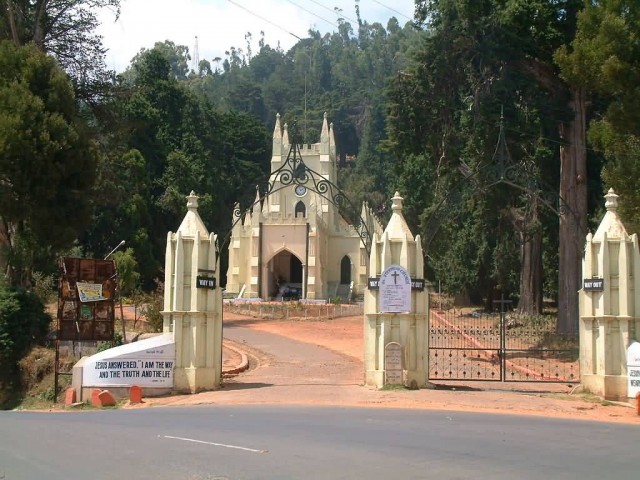 St. Stephen’s Church is located on the road to Mysore in Ooty, in the state of Tamil Nadu, India. It is one of the oldest churches in the Nilgiris district. The church dates back to the 19th century. Stephen Rumbold Lushington, the then Governor of Madras, who keenly felt the need for a cathedral exclusively for the British, in Ooty, laid the foundation for the church on 23 April 1829, to coincide with the birthday of King George IV.

St. Stephen’s Church was consecrated by John Matthias Turner, Bishop of Calcutta, on 5 November 1830. It was thrown open to public communion on Easter Sunday 3 April 1831. It came under the Church of South India in 1947. The architect in charge was John James Underwood, Captain, Madras Regiment.The massive main beam and other timber in the church was taken from Tipu Sultan’s palace on the island of Srirangapatna.

The material was transported up the Sigur ghat. The church also features stained glass windows depicting, among other scenes, the crucifixion of Christ and Mary holding baby Jesus in her arms. Instead of the usual bell in the tower, 4 hammer like structures are tied on inverted-V shaped wooden planks using wires, which when pulled from the floor, produce a musical sound. The church also has a pulpit with a flight of steps to the left of the chancel, a pew with a chancel in a raised position and a vestry. 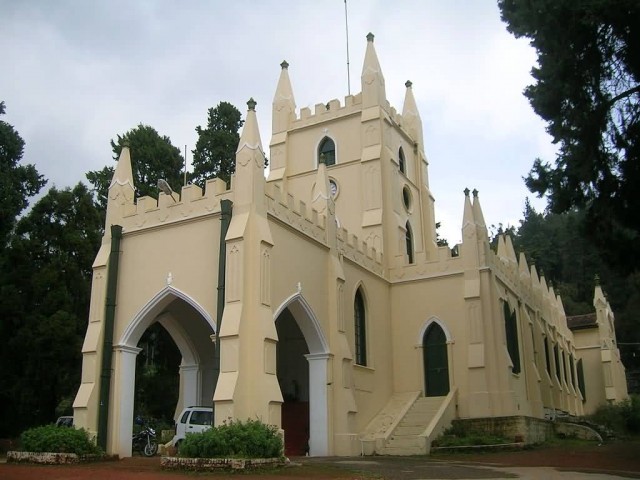