Top 10 Most Famous & Expensive Jewellry Brand In The World 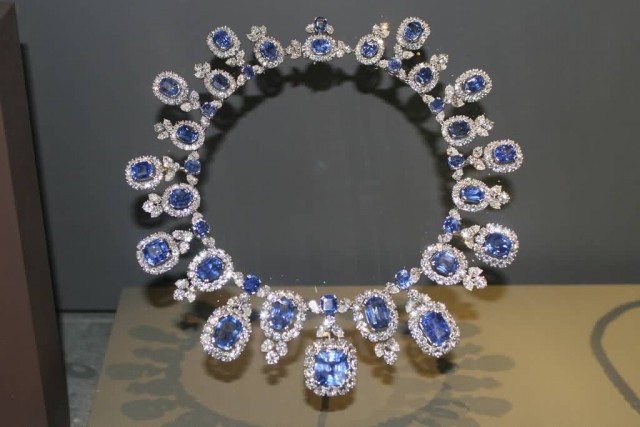 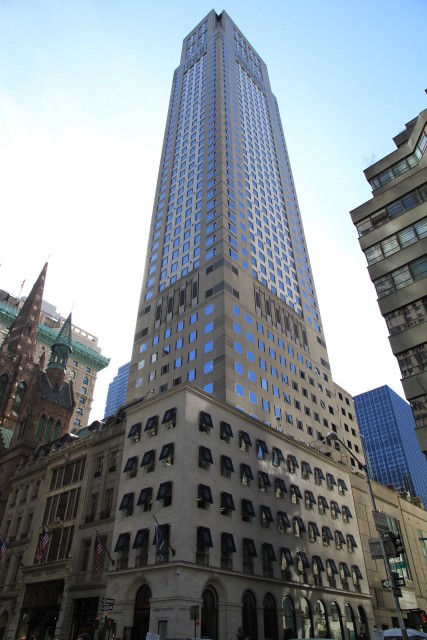 Harry Winston is a wholly owned subsidiary of The Swatch Group, which acquired it from the Toronto based Harry Winston Diamond Corporation in January 2013. Harry Winston, Inc. has retail locations in more than twenty cities worldwide, including New York, Beverly Hills, Chicago, Paris, London, Las Vegas, Shanghai, Tokyo, Manila and Singapore. In 2010/2011, the company’s sales were €246 million in total sales and €36 million in watches. In April 2012, Harry Winston, Inc. opened its largest salon in the world in Shanghai Xin TianDi.

On January 14, 2013, Harry Winston, Inc announced that it has entered into an agreement to sell its luxury brand diamond jewelry and timepiece division, Harry Winston Inc., to The Swatch Group Ltd. for US$750 million plus their assumption of up to US$250 million of pro forma net debt. The transaction included the brand and all the activities related to jewelry and watches, including the 535 employees worldwide and the production company in Geneva. The company bought the flawless blue diamond The Winston Blue on 15 May 2014. 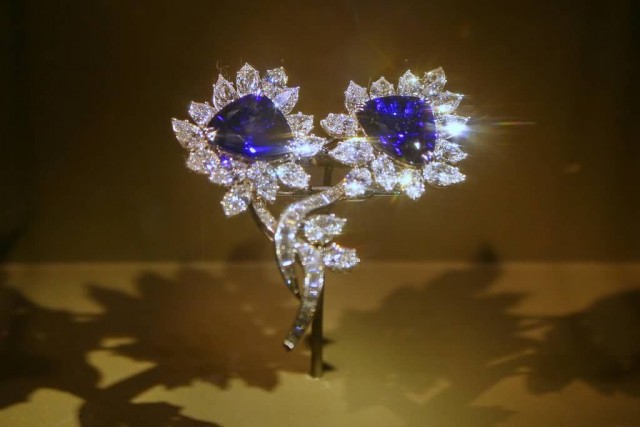 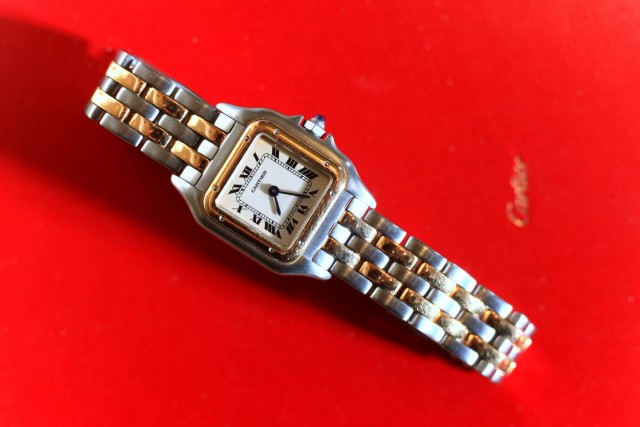 Société Cartier designs, manufactures, distributes and sells jewellery and watches. Founded in Paris, France in 1847 by Louis-François Cartier, the company remained under family control until 1964. The company maintains its headquarters in Paris and is now a wholly owned subsidiary of Compagnie Financière Richemont SA. Cartier is well known for its jewellery and wrist watches, including the “Bestiary”, the diamond necklace created for Bhupinder Singh the Maharaja of Patiala and the first practical wristwatch, the “Santos,” of 1904. 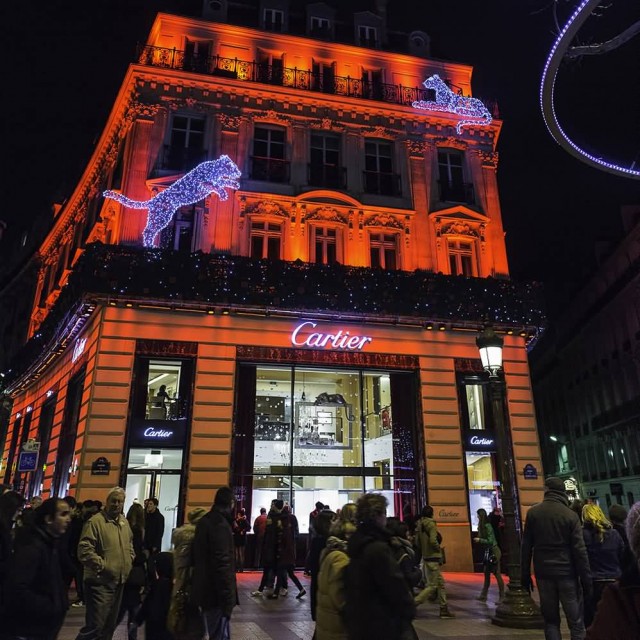 Cartier has a long history of sales to royalty and celebrities. King Edward VII of England referred to Cartier as “the jeweller of kings and the king of jewellers.” For his coronation in 1902, Edward VII ordered 27 tiaras and issued a royal warrant to Cartier in 1904. Similar warrants soon followed from the courts of Spain, Portugal, Russia, Siam, Greece, Serbia, Belgium, Romania, Egypt, Albania, Monaco, and the House of Orleans. 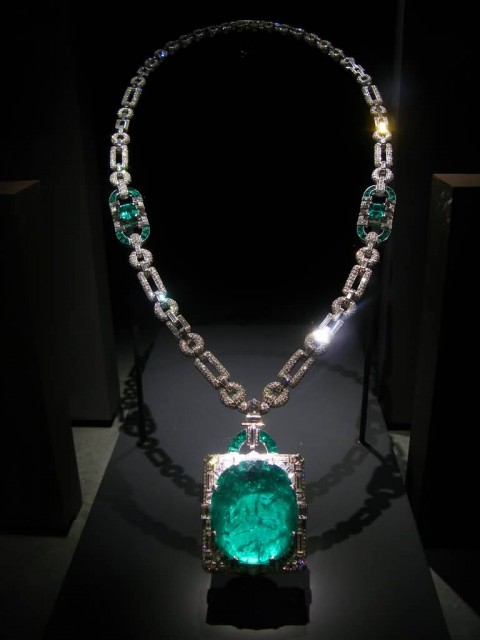 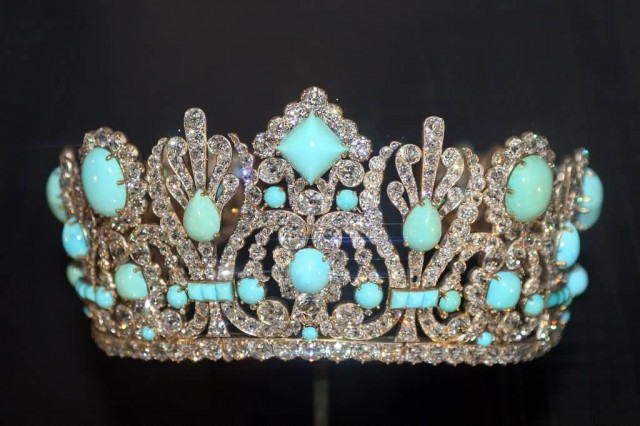 Van Cleef & Arpels is a French jewelry, watch, and perfume company. It was founded in 1896 by Alfred Van Cleef and his uncle Salomon Arpels in Paris. Their pieces often feature flowers, animals, and fairies, and have been worn by style icons such as Empress Farah, the Duchess of Windsor, Grace Kelly, and Elizabeth Taylor. 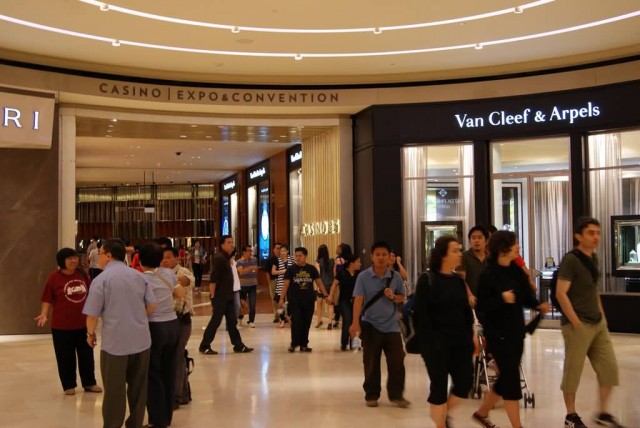 On 2 December 1933, Van Cleef and Arpels received French Patent No. 764,966 for a proprietary gem setting style it calls Serti Mysterieux, or “Mystery Setting”, a technique employing a setting where the prongs are invisible. Each stone is faceted onto gold rails less than two-tenths of a millimeter thick. The technique can require 300 hours of work per piece or more, and only a few are produced each year. Chaumet received an English patent for a similar technique in 1904 as did Cartier in 1933, however neither used the process as extensively.

Buccellati Holding Italia is an Italian jewelery and watches company formed by the merger of previous companies with existing brands Mario Buccellati and Gianmaria Buccellati, who corresponded to the names and surname of two master goldsmiths: father and son. Gianmaria had set up shops in Paris on Place Vendome, London, Moscow, Tokyo, Osaka, Nagoya, Hong Kong, Milan via Monte Napoleone, Costa Smeralda, Capri, Elba, Beverly Hills in Rodeo Drive, Aspen and Sydney; Gianmaria has been given several awards for his work as a goldsmith and entrepreneur.

In 2011, after the trade association of the brands family, the company undertook new exploration of markets. In 2013, the investment fund Clessidra took over the majority of the company’s capital to further expand the business through owned shops showing only the label Buccellati. In February 2014, Buccellati launched a rebranding effort with new bridal collection and ‘high-tech’ jewels, in April 2014 Buccellati unveils world’s most expensive iPhone case.

In 2015, Buccellati opened its flagship store in New York City in Madison Avenue. During the celebration, the brand also launched its special Art Collection where five one-of-a-kind pieces were created inspired by Impressionist and Post-Impressionist artworks. The collection is designed by Andrea Buccellati, and his daughter Lucrezia Buccellati, who is the first female and youngest designer to join the brand. 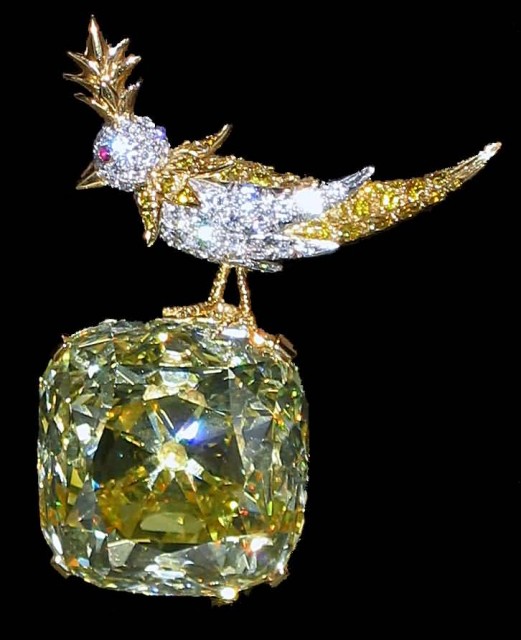 Tiffany & Company is an American worldwide luxury jewelry and specialty retailer, headquartered in New York City. Tiffany sells jewelry, sterling silver, china, crystal, stationery, fragrances, water bottles, watches, personal accessories, as well as some leather goods. Many of these goods are sold at Tiffany stores, as well as through direct-mail and corporate merchandising. Tiffany is renowned for its luxury goods and is particularly known for its diamond jewelry. Tiffany markets itself as an arbiter of taste and style. The company’s manufacturing facilities produce approximately 60% of the merchandise sold the balance, including rose-gold and almost all non-jewelry items, are purchased overseas from third parties. 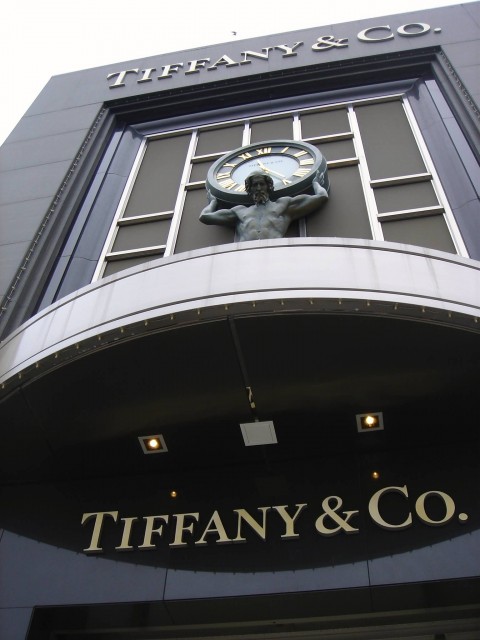 Tiffany’s oversees a significant U.S. manufacturing base, with jewelry and silver goods produced in Mount Vernon, New York; Cumberland, Rhode Island; and Lexington, Kentucky, while silver hollow-ware is produced in New Jersey. The company’s other subsidiaries, located in facilities outside the U.S., process, cut and polish the diamonds. The company may increase the percentage of internally manufactured jewelry in the future, but it is not expected that Tiffany will ever manufacture all of its needs. Some of the key factors that were considered by management prior to its decision to outsource manufacturing included: Product quality; gross margin; access to or mastery of various jewelry-making skills and technology; support for alternative capacity; and the cost of capital investments. 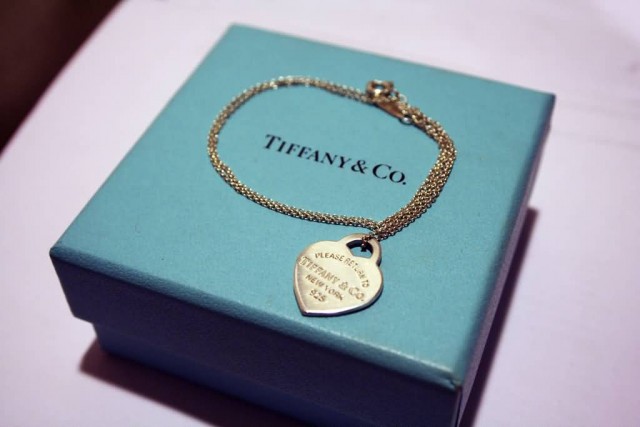 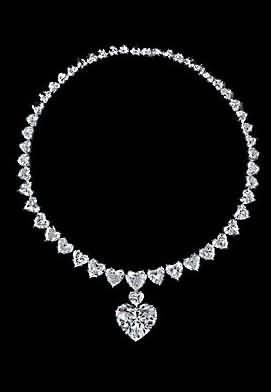 Graff Diamonds is a British multinational jeweller based in London. A vertically integrated company, Graff operations comprise the design, manufacture and retail distribution of high-end jewellery and watches. Graff Diamonds was founded in London in 1960 by Laurence Graff. Graff adheres to the Kimberly process, never knowingly buying or trading rough diamonds from areas where it would encourage conflict or human suffering. 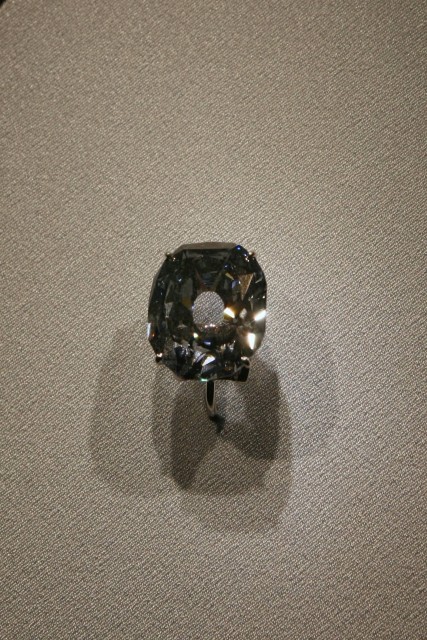 The majority of Graff diamonds are laser engraved with unique Gemological Institute of America tracking numbers, which whilst invisible to the naked eye, allow for its origin to be traced. Taking the form of a peacock with a display of fanned tail feathers, this diamond brooch features a collection of coloured diamonds. A total of 120.81 carats of diamonds adorn the brooch, which measures a little over 10 cm in height. This piece is priced at $100 million. At the heart of the brooch, sits a 20.02 carat deep blue pear shape diamond.

The piece also features an additional clasp to the rear, allowing the blue diamond centerpiece to be removed and worn two ways. Graff has over 35 stores around the world including New York, Monte Carlo, Courchevel, Kiev, Beijing and Taipei; 2013 will see the opening of new stores including Abu Dhabi and Seoul. Graff has corporate offices in London, New York, Geneva, Hong Kong and Tokyo. 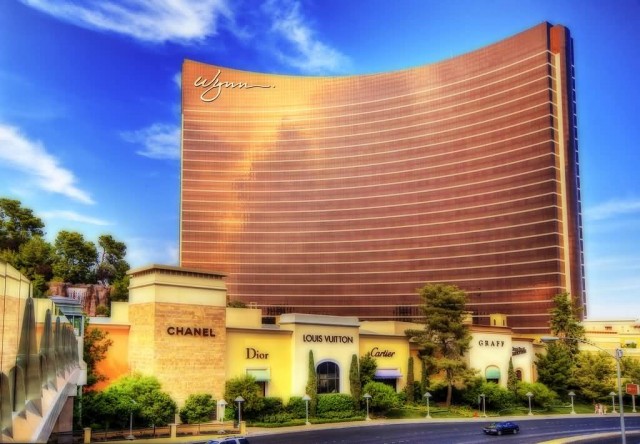 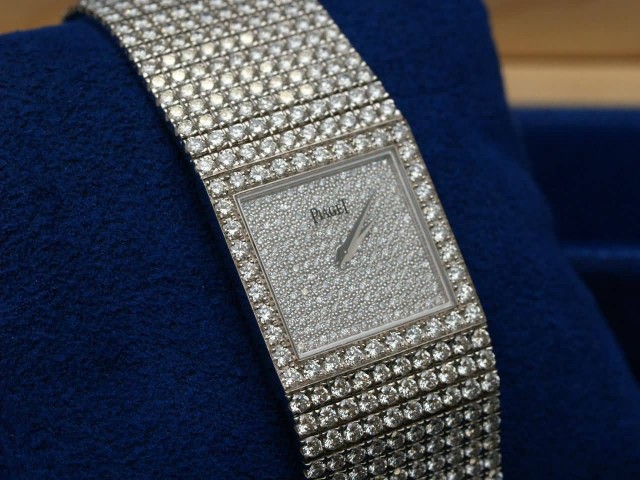 Piaget SA is a Swiss luxury watchmakers and jewellers, founded in 1874 by Georges Piaget in the village of La Côte-aux-Fées. The company belongs to the Swiss Richemont group, specialists in the luxury goods industry. The company was founded as a manufacturer of watch movements but began marketing its own line of watches in the 20th century.

In 2008, The Luxury Institute jewellery brand study ranked Piaget as the 6th most prestigious jewellery brand. n 2005, Piaget created their Best Jeweller Prize. This prize is awarded to the most deserving student of the Certificat Fédéral de Capacité in watchmaking. Dorian Recordon was the first holder of the qualification to receive this prize. 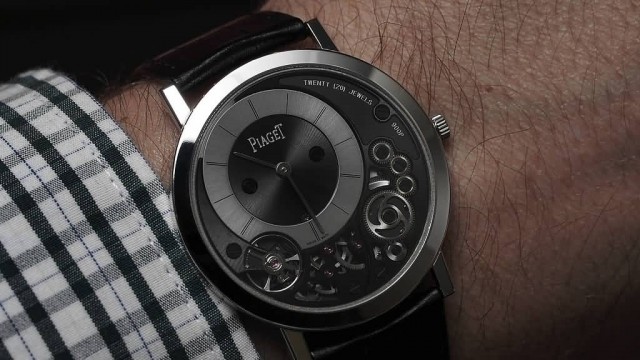 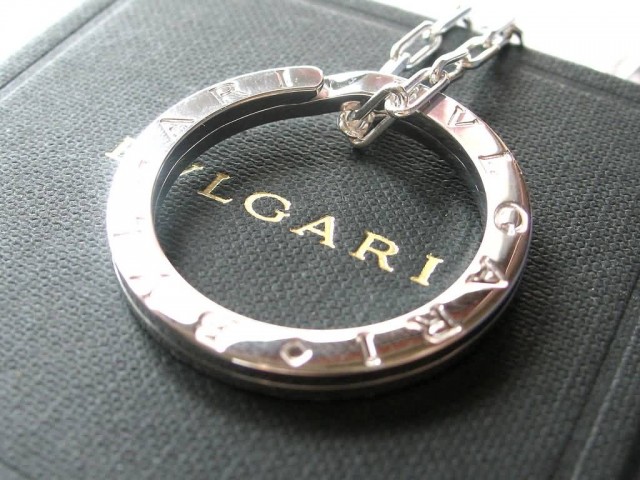 Bulgari is an Italian jewelry and luxury goods brand that produces and markets several product lines including jewelry, watches, fragrances, accessories, and hotels The trademark is usually written BVLGARI in the classical Latin alphabet, and is derived from the surname of the company’s Greek founder, Sotirios Bulgaris. The name Bulgaris itself contains the root word Βούλγαρ Greek for “Bulgarian”. In Italian language the word Bulgari means “Bulgarians” or people of Bulgarian descent. Bulgari jewelry design is distinctive and often imitated. 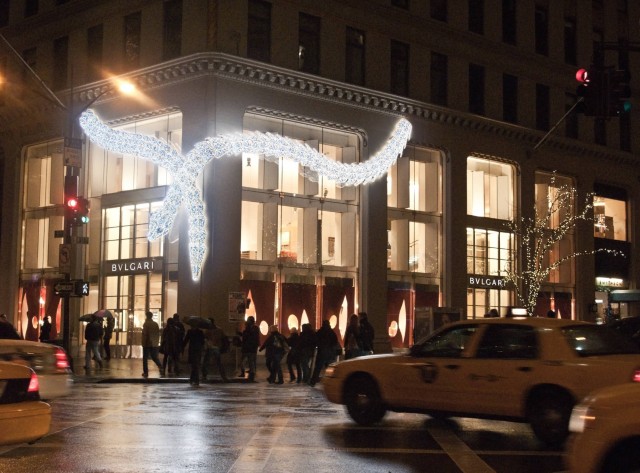 In the 1970s, many of the more expensive Bulgari pieces were characterized by instantly recognizable, bold, architectural designs combining large and weighty gold links with interlocking steel. Bulgari is also famous for colored stones, especially sapphires mixed in unique formats. Genuine Bulgari watches have a unique serial number that is registered with the company. Between 2009 and 2011, Bulgari donated 13 million Euros to Save The Children. By the end of 2011 the partnership was renewed. So far the donation has directly reached 334,101 children, trained 9,899 teachers and provided rehabilitation activities in 206 schools. 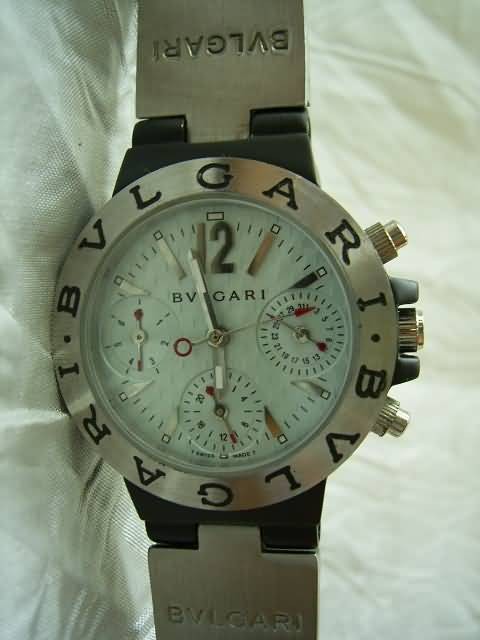 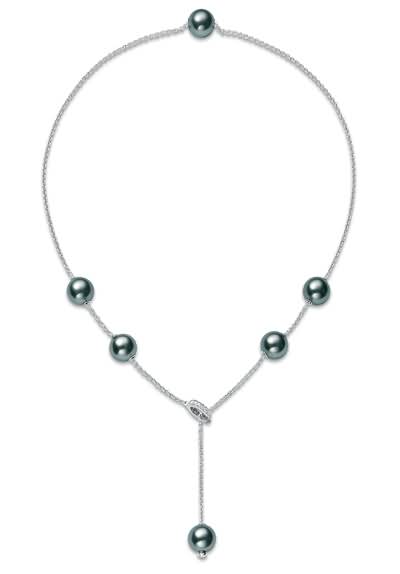 Mikimoto Kōkichi (January 1858 – 21 September 1954) was a Japanese entrepreneur who is credited with creating the first cultured pearl and subsequently starting the pearl industry with the establishment of his luxury pearl company Mikimoto. His company was awarded patents for pearl cultivation and in 1985 to commemorate the 100th anniversary of the patent system he was selected as one of Japan’s top 10 inventors. He was inducted into the house of peers by imperial decree and posthumously awarded the Grand Cordon of the Order of the Sacred Treasure. 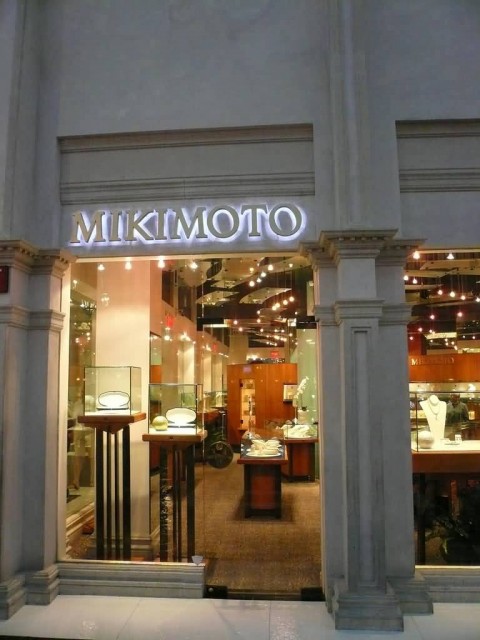 The Mikimoto company was ranked as one of the worlds most luxury brands by WWD and Mikimoto Kokichi was considered one of the best Japanese financial leaders of the 20th century by Nihon Keizai Shimbun. He is also known as the founder of Mikimoto Pharmaceuticals, a company specialising in beauty products containing pearl calcium. Mikimoto Pearl Island is named after him. Born as the first son of an udon shop owner in Toba, Shima Province, Mikimoto left school at the age of 13 and sold vegetables to support his family. Seeing the pearl divers of Ise unloading their treasures at the shore in his childhood started his fascination with pearls.

Mikimoto had to constantly fight allegations that his pearls were only “imitations” of real pearls, despite scientific reports to the contrary. Mikimoto took advantage of every opportunity to personally promote his pearls, and took part in the 1926 Philadelphia World Exposition in which he displayed a replica of the “Liberty Bell” covered with pearls. Mikimoto was the official jeweler of the Miss USA (2003–2008), Miss Universe (2002–2007) and Miss Teen USA (2002–2008) pageants, under the Miss Universe Organization. In 2010/2011, the company’s estimated total sales were €300 million. 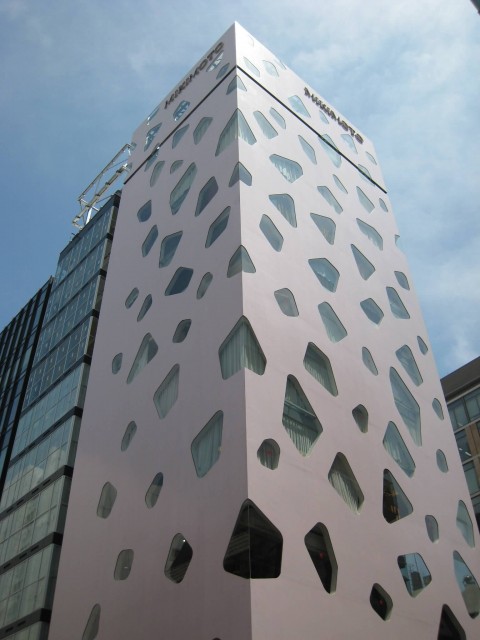 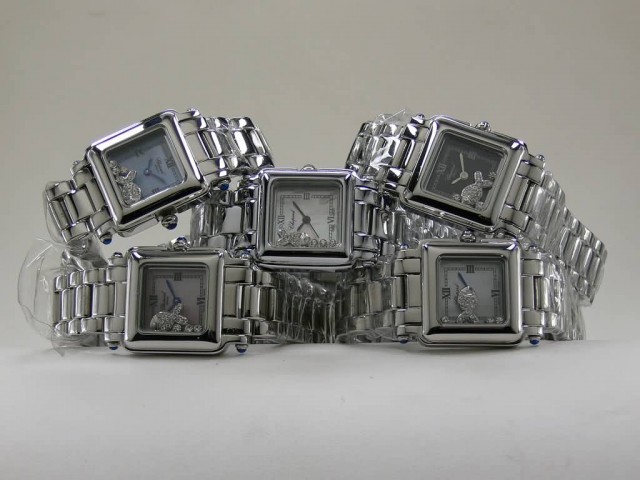 Chopard is a Swiss-based luxury watch, jewellery and accessories company founded in 1860 by Louis-Ulysse Chopard, from whom the company takes its name. Chopard is a Member of the Responsible Jewellery Council, an international not-for-profit standards-setting organisation established to reinforce consumer confidence in the jewellery industry by advancing responsible business practices throughout the supply chain. 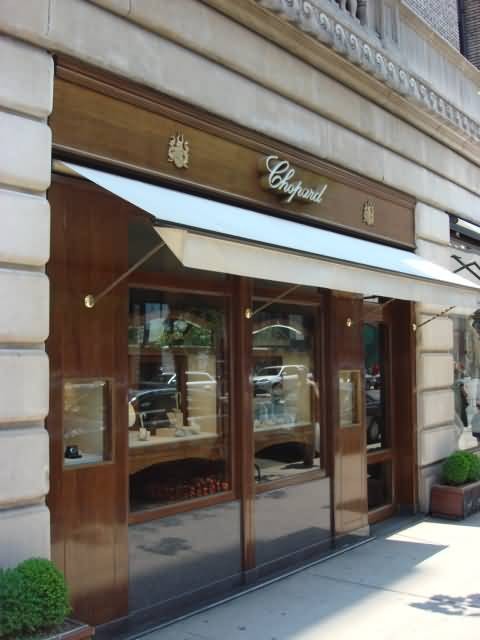 In 2010, Chopard initiated a three-year partnership supporting WWF’s Tiger Initiative, a conservation project aiming at saving wild tigers from extinction. Chopard has been involved for many years in a number of patronage activities covering a variety of fields including medicine, ecology, art and culture. The company supports José Carreras Leukaemia Foundation, the Elton John AIDS Foundation and The Prince’s Foundation which are all dedicated to improving the well-being of others. The Scheufele family is involved with The Prince of Wales’s Charitable Foundation donating Chopard pieces as a symbol of their support of the Prince’s cause. 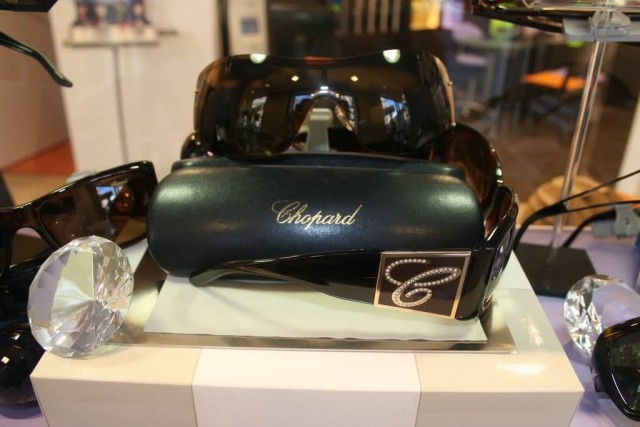