The Most Famous Monuments Of Italy 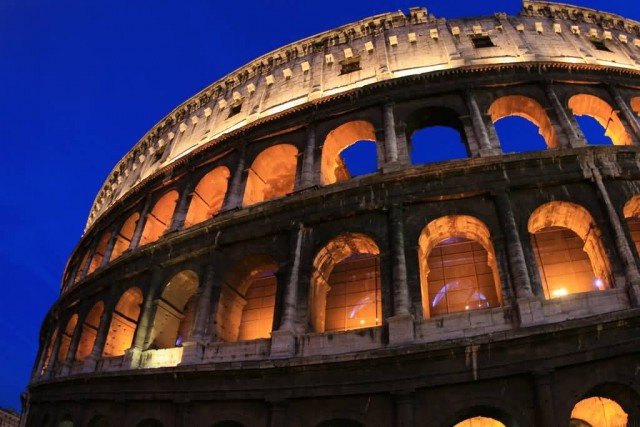 The Colosseum or Coliseum, also known as the Flavian Amphitheatre, is an elliptical amphitheatre in the centre of the city of Rome, Italy. Built of concrete and stone, it is the largest amphitheatre ever built and is considered one of the greatest works of architecture and engineering. The Colosseum is situated just east of the Roman Forum. Construction began under the emperor Vespasian in 72 AD and was completed in 80 AD under his successor and heir Titus. It is elliptical in plan and is 189 meters long and 156 meters wide, with a base area of 24,000 square metres. The height of the outer wall is 48 meters. The perimeter originally measured 545 meters. 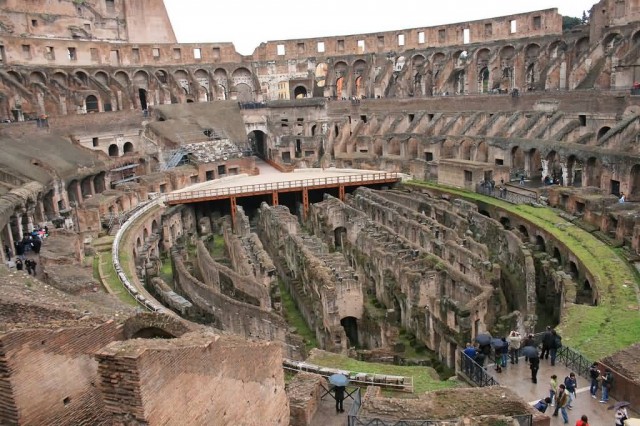 The central arena is an oval 87 m long and 55 m wide, surrounded by a wall 5 m high, above which rose tiers of seating. The Colosseum has a wide and well-documented history of flora. The Colosseum could hold, it is estimated, between 50,000 and 80,000 spectators and was used for gladiatorial contests and public spectacles such as mock sea battles, animal hunts, executions, re-enactments of famous battles and dramas based on Classical mythology. In 2007 the complex was included among the New 7 Wonders of the World, following a competition organized by New Open World Corporation (NOWC). 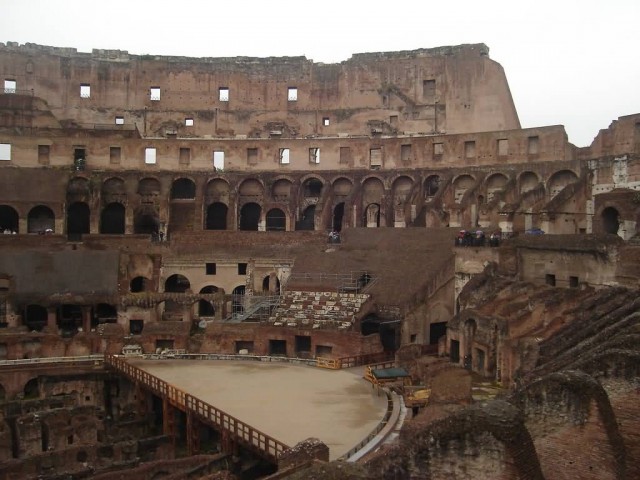 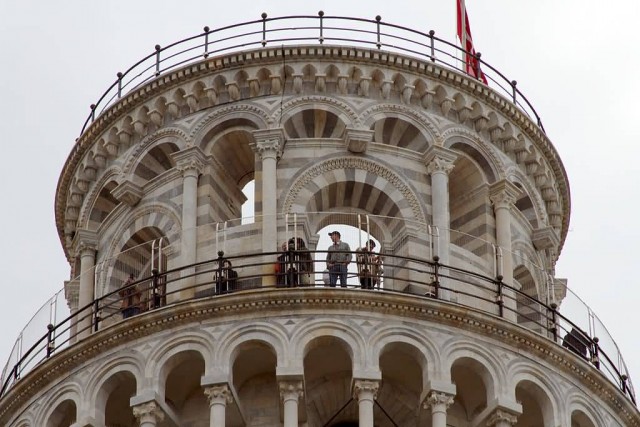 The Leaning Tower of Pisa or simply the Tower of Pisa (Torre di Pisa) is the campanile, or freestanding bell tower, of the cathedral of the Italian city of Pisa, known worldwide for its unintended tilt to one side. The height of the tower is 55.86 metres from the ground on the low side and 56.67 metres on the high side. Construction of the tower occurred in three stages across 199 years. 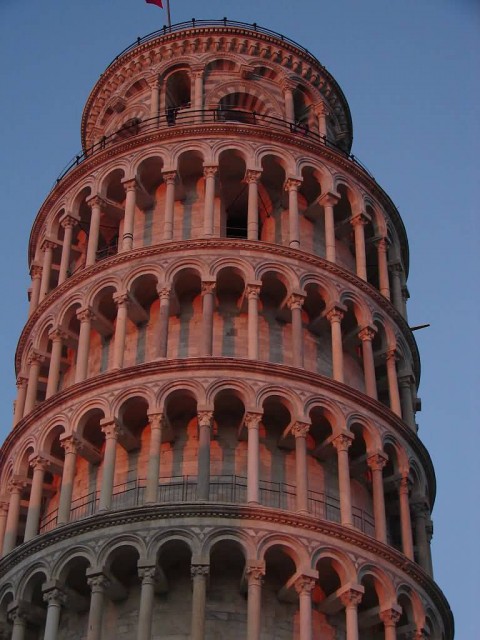 Work on the ground floor of the white marble campanile began on August 14, 1173, during a period of military success and prosperity. After a phase (1990–2001) of structural strengthening the tower is currently undergoing gradual surface restoration, in order to repair visible damage, mostly corrosion and blackening. These are particularly pronounced due to the tower’s age and its exposure to wind and rain. 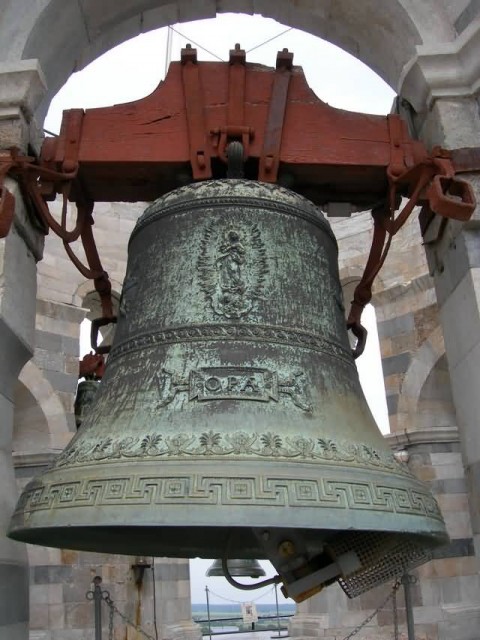 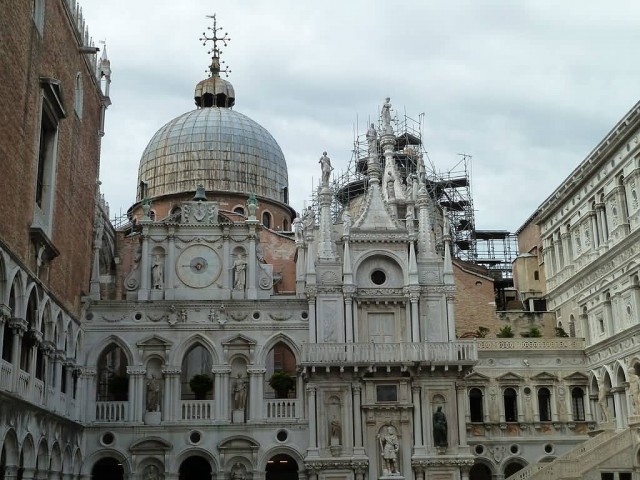 The Doge’s Palace  is a palace built in Venetian Gothic style and one of the main landmarks of the city of Venice in northern Italy. The palace was the residence of the Doge of Venice, the supreme authority of the former Republic of Venice, opening as a museum in 1923. Today, it is one of the 11 museums run by the Fondazione Musei Civici di Venezia. 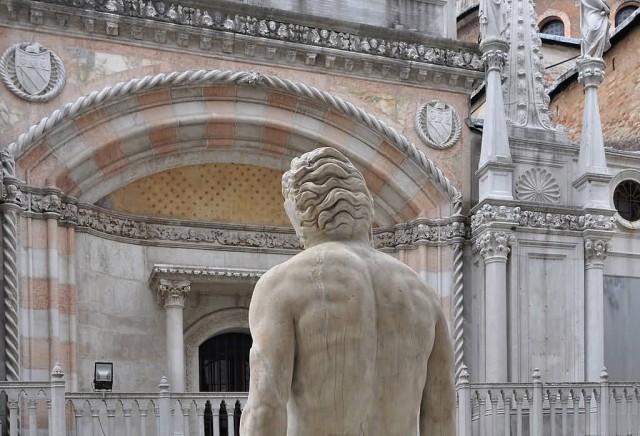 The oldest part of the palace is the façade overlooking the lagoon, the corners of which are decorated with 14th-century sculptures by Filippo Calendario and various Lombard artists such as Matteo Raverti and Antonio Bregno. The north side of the courtyard is closed by the junction between the palace and St.Mark’s Basilica, which used to be the Doge’s chapel. At the center of the courtyard stand two well-heads dating from the mid-16th century. 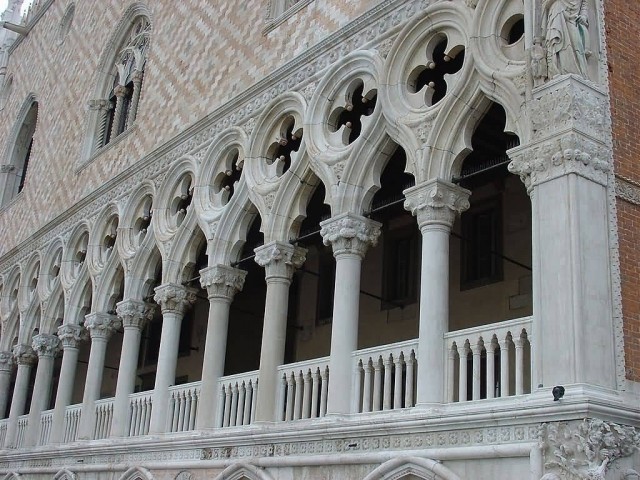 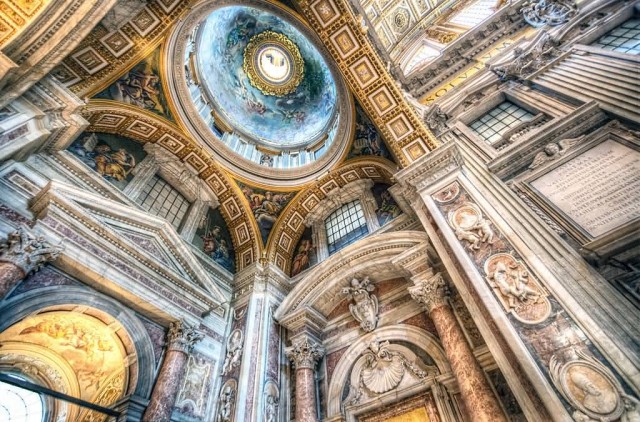 The basilica is approached via St. Peter’s Square, a forecourt in two sections, both surrounded by tall colonnades. St. Peter’s has many strong historical associations, with the Early Christian Church, the Papacy, the Protestant Reformation and Catholic Counter-reformation and with numerous artists, most significantly Michelangelo. As a work of architecture, it is regarded as the greatest building of its age. St. Peter’s is one of the four churches of Rome that hold the rank of Major Basilica. 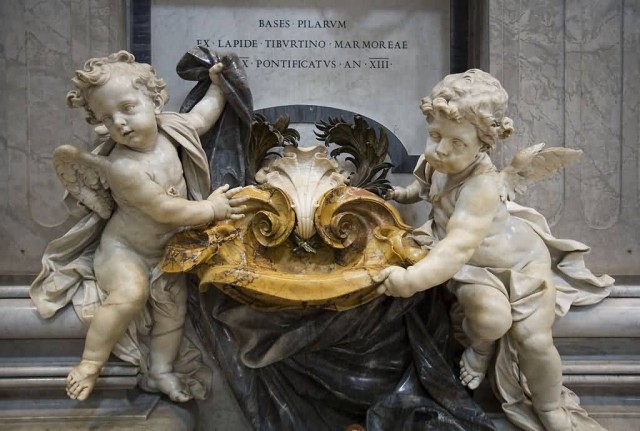 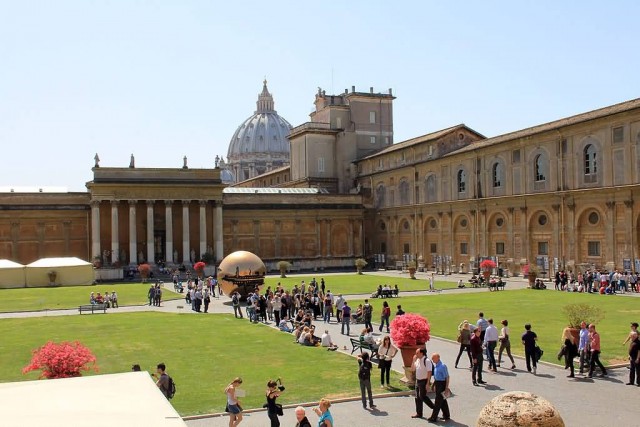 The Vatican Museums  are the museums of the Vatican City and are located within the city’s boundaries. They display works from the immense collection built up by the Popes throughout the centuries including some of the most renowned classical sculptures and most important masterpieces of Renaissance art in the world. The Vatican Historical Museum was founded in 1973 at the behest of Pope Paul VI and was initially hosted in environments under the Square Garden. 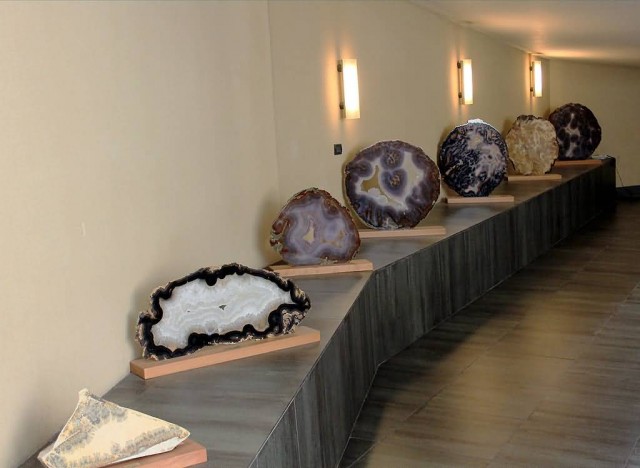 In 1987 it was moved to the main floor of the Apostolic Palace of the Lateran and opened in March 1991. The museum houses works of Greek and Roman sculpture. Some notable galleries are, Greek Cross Gallery, Sala Rotonda, Gallery of the Statues, Gallery of the Busts, Gallery of the Busts. Visitors usually more than 4 million people visit the Museums every year. In 2011, the number of visitors reached 6 million. 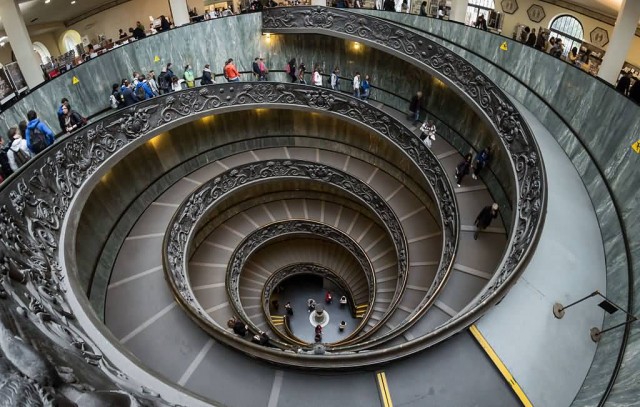