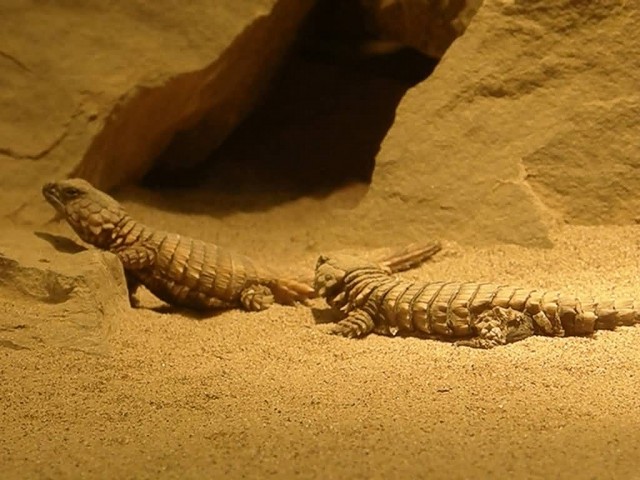 This tough armored lizard lives under rocks and in cracks in the ground. Females give birth once a year at most and some take a year off between births. The armadillo girdled lizard feeds mainly on small invertebrates, such as insects and spiders. To protect itself – a threatened armadillo lizard will roll up into a protective ball, it takes its tail in its mouth to ward off attackers. 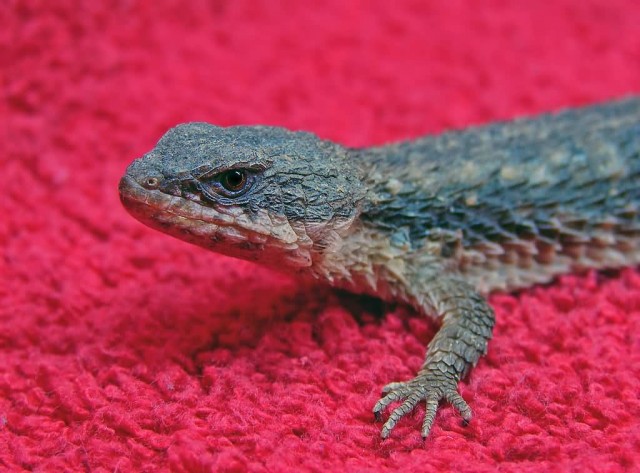