The Most Beautiful Life Cycle of a Butterfly 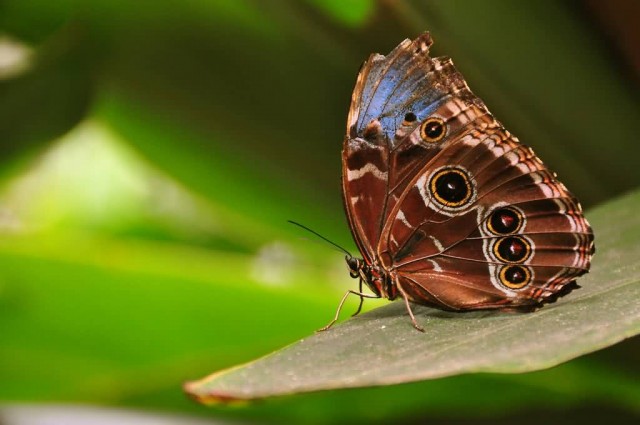 Butterfly eggs are protected by a hard-ridged outer layer of shell, called the chorion. This is lined with a thin coating of wax which prevents the egg from drying out before the larva has time to fully develop. Each egg contains a number of tiny funnel-shaped openings at one end, called micropyles, the purpose of these holes is to allow sperm to enter and fertilize the egg. Butterfly eggs are fixed to a leaf with a special glue which hardens rapidly. As it hardens it contracts, deforming the shape of the egg. 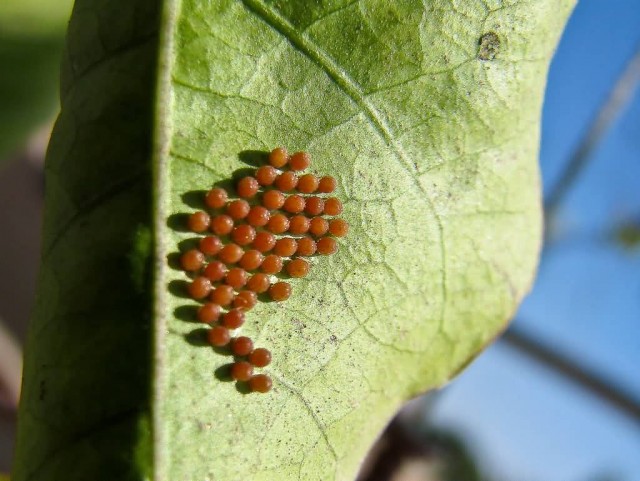 The egg stage lasts a few weeks in most butterflies but eggs laid close to winter, especially in temperate regions, go through a diapause (resting) stage, and the hatching may take place only in spring. Other butterflies may lay their eggs in the spring and have them hatch in the summer. These butterflies are usually northern species, such as the mourning cloak and the large and small tortoise shell butterflies. 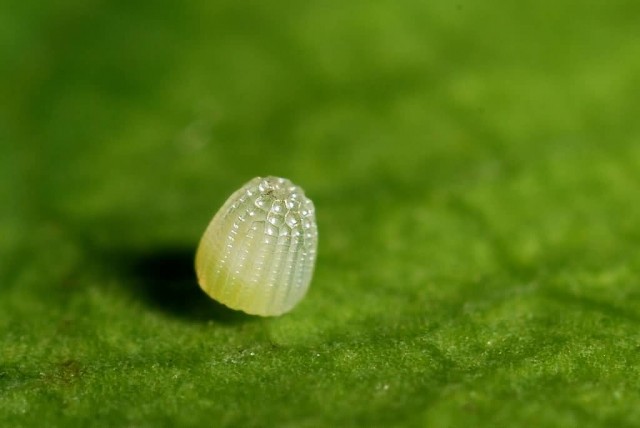 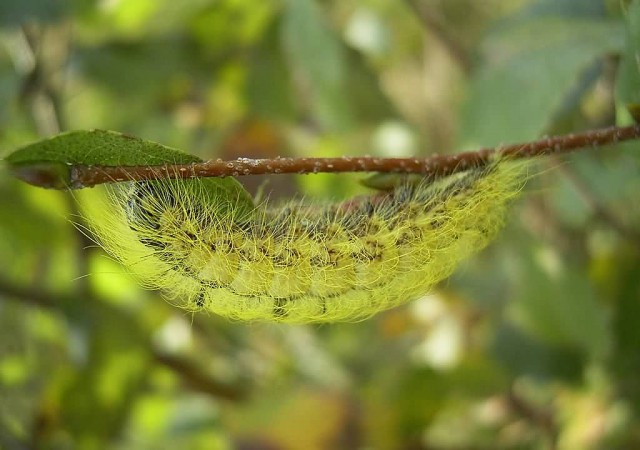 Butterfly larvae, or caterpillars, consume plant leaves and spend practically all of their time in search of food. Although most caterpillars are herbivorous, a few species such as Spalgis epius and Liphyra brassolis are entomophagous (insect eating). Caterpillars mature through a series of stages called instars. Near the end of each instar, the larva undergoes a process called apolysis, in which the cuticle, a tough outer layer made of a mixture of chitin and specialized proteins, is released from the softer epidermis beneath, and the epidermis begins to form a new cuticle beneath. 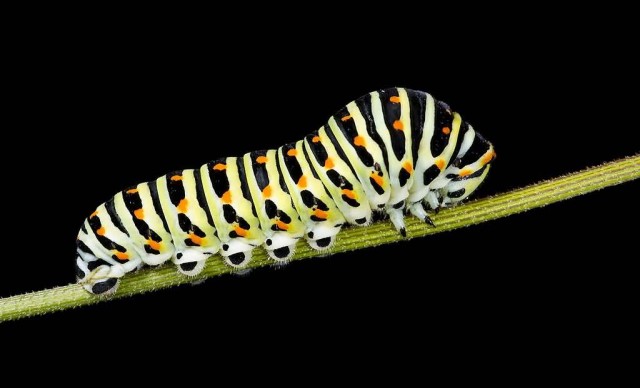 At the end of each instar, the larva moults the old cuticle, and the new cuticle expands, before rapidly hardening and developing pigment. Development of butterfly wing patterns begins by the last larval instar. Butterfly caterpillars have three pairs of true legs from the thoracic segments and up to six pairs of prolegs arising from the abdominal segments. These prolegs have rings of tiny hooks called crochets that help them grip the substrate. Some caterpillars have special structures called osmeteria which are everted to produce foul-smelling chemicals. These are used in defense. 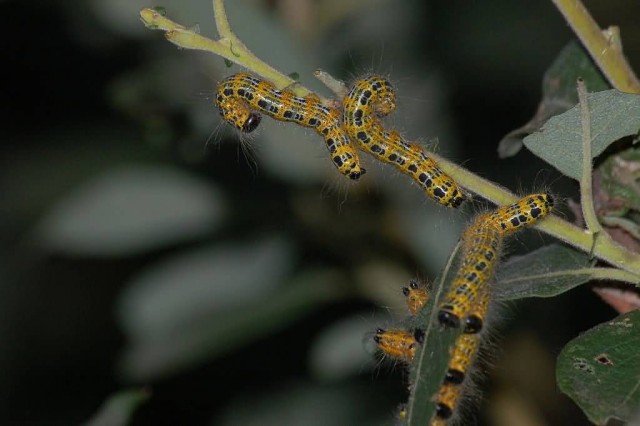 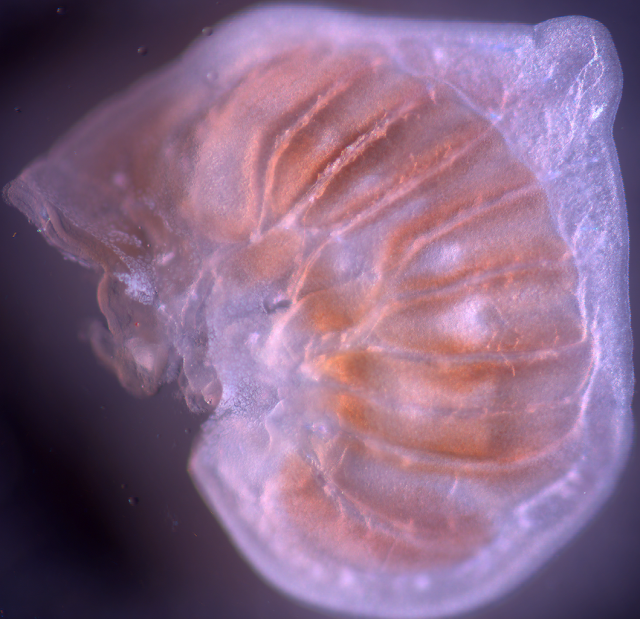 Wings or wing pads are not visible on the outside of the larva, but when larvae are dissected, tiny developing wing disks can be found on the second and third thoracic segments, in place of the spiracles that are apparent on abdominal segments. Wing disks develop in association with a trachea that runs along the base of the wing, and are surrounded by a thin peripodial membrane, which is linked to the outer epidermis of the larva by a tiny duct. Near pupation, the wings are forced outside the epidermis under pressure from the hemolymph. 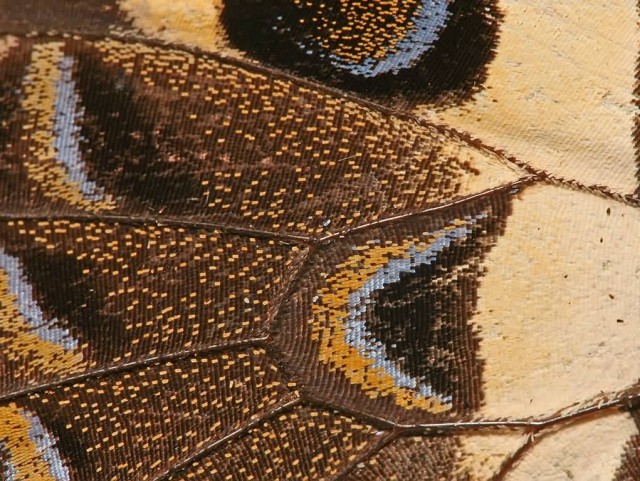 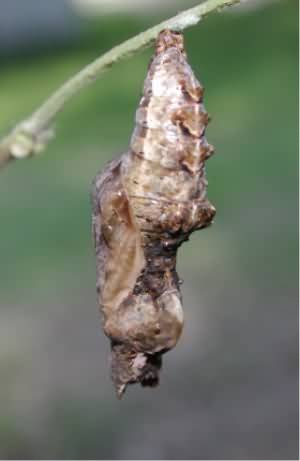 When the larva is fully grown, hormones such as prothoracicotropic hormone are produced. At this point the larva stops feeding and begins “wandering” in the quest of a suitable pupation site, often the underside of a leaf. The larva transforms into a pupa by anchoring itself to a substrate and moulting for the last time. The chrysalis is usually incapable of movement, although some species can rapidly move the abdominal segments or produce sounds to scare potential predators. The pupal transformation into a butterfly through metamorphosis has held great appeal to mankind.

To transform from the miniature wings visible on the outside of the pupa into large structures usable for flight, the pupal wings undergo rapid mitosis and absorb a great deal of nutrients. If one wing is surgically removed early on, the other three will grow to a larger size. In the pupa, the wing forms a structure that becomes compressed from top to bottom and pleated from proximal to distal ends as it grows, so that it can rapidly be unfolded to its full adult size. Several boundaries seen in the adult color pattern are marked by changes in the expression of particular transcription factors in the early pupa. 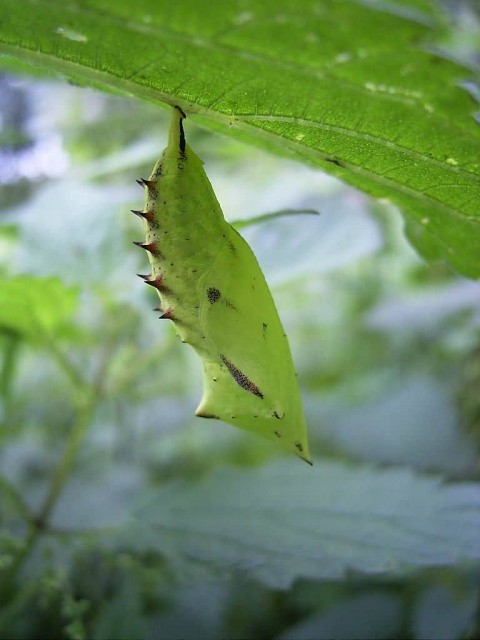 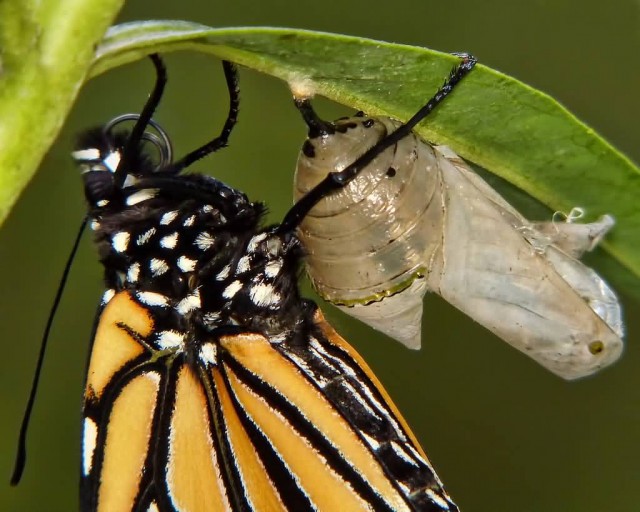 The adult, sexually mature, stage of the insect is known as the imago. As Lepidoptera, butterflies have four wings that are covered with tiny scales. The fore and hindwings are not hooked together, permitting a more graceful flight. An adult butterfly has six legs, but in the nymphalids, the first pair is reduced. After it emerges from its pupal stage, a butterfly cannot fly until the wings are unfolded. 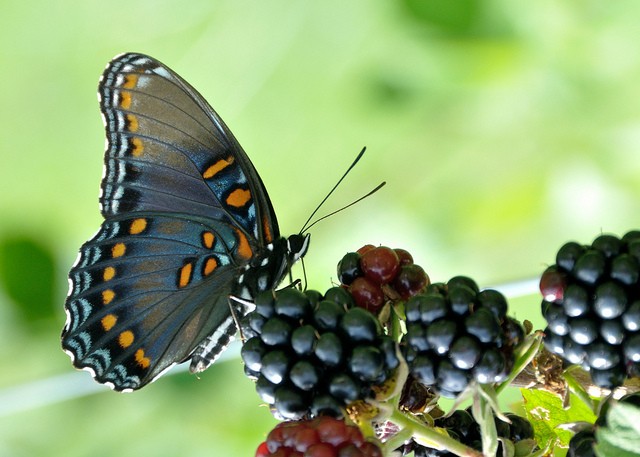 A newly emerged butterfly needs to spend some time inflating its wings with hemolymph and let them dry, during which time it is extremely vulnerable to predators. Some butterflies’ wings may take up to three hours to dry while others take about one hour. Most butterflies and moths will excrete excess dye after hatching. This fluid may be white, red, orange, or in rare cases, blue. 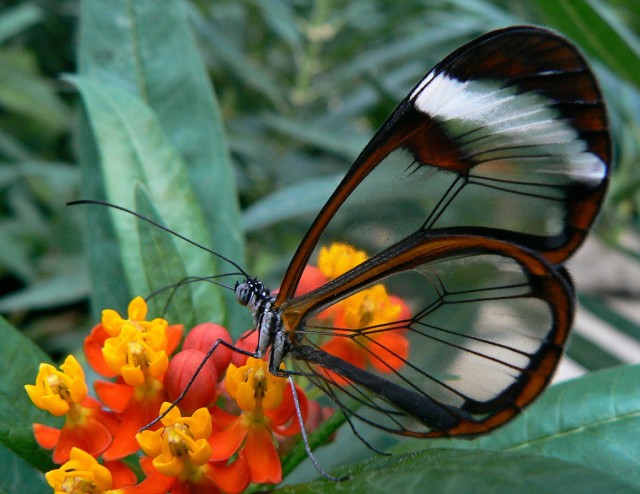