The Most Critical Endangered Species Of Mammals In India 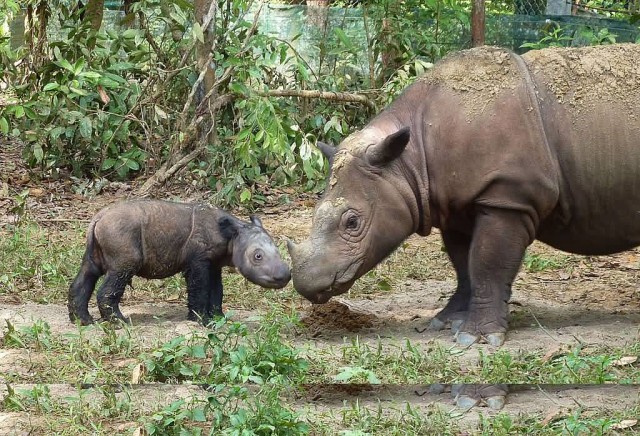 The Sumatran rhinoceros, also known as hairy rhinoceros or Asian two-horned rhinoceros, is a rare member of the family Rhinocerotidae and one of five extant rhinoceroses. It is the only extant species of the genus Dicerorhinus. It is the smallest rhinoceros, although it is still a large mammal. Members of the species once inhabited rainforests, swamps, and cloud forests in India, Bhutan, Bangladesh, Myanmar, Laos, Thailand, Malaysia, Indonesia, and China. 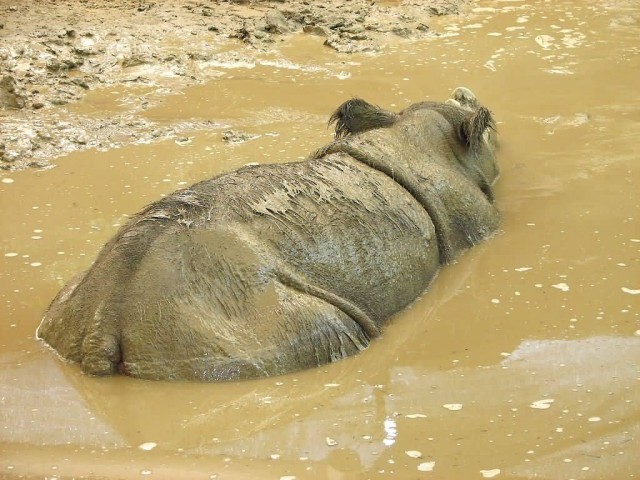 Sumatran rhinoceros are now critically endangered, with only six substantial populations in the wild: four on Sumatra, one on Borneo, and one in the Malay Peninsula. Their numbers are difficult to determine because they are solitary animals that are widely scattered across their range, but they are estimated to number fewer than 100. The decline in the number of Sumatran rhinoceroses is attributed primarily to poaching for their horns, which are highly valued in traditional Chinese medicine, fetching as much as US$50,000 per kg on the black market. 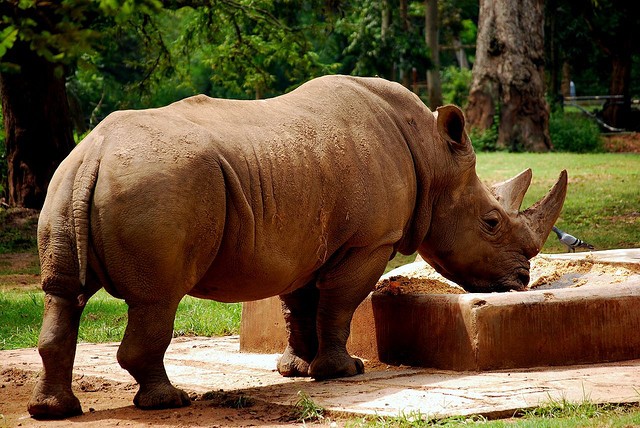 The Namdapha flying squirrel is an arboreal, nocturnal flying squirrel endemic to India. It was the sole member in the genus Biswamoyopterus until the description of the Laotian giant flying squirrel in 2013. First collected in Deban on 27 April 1981, no population estimates are available for B. biswasi, but the known habitat is tall Mesua ferrea jungles, often on hill slopes in the catchment area of Na Dihing river particularly on the western slope of Patkai range in North eastern India.

B. biswasi has reddish, grizzled fur with white above. Its crown is pale grey, its patagium is orangish and its underparts are white. The cheek teeth of B. biswasi are simple and its incisors are unpigmented. Septae are multiple in auditory bullae and sometimes honeycomb-shaped with 10 to 12 cells in it. It measures 40.5 cm from head to vent and has 60 cm long tail. The hindfoot is 7.8 cm and the ear is 4.6 cm. It is listed as a critically endangered species due to habitat loss. In addition it is hunted for food and skins/fur. 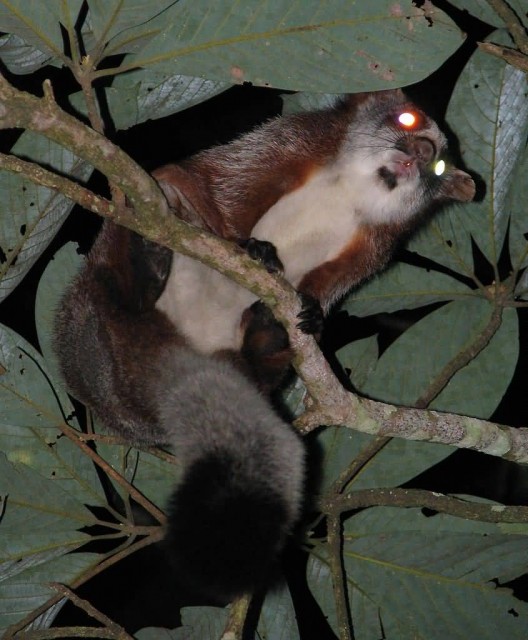 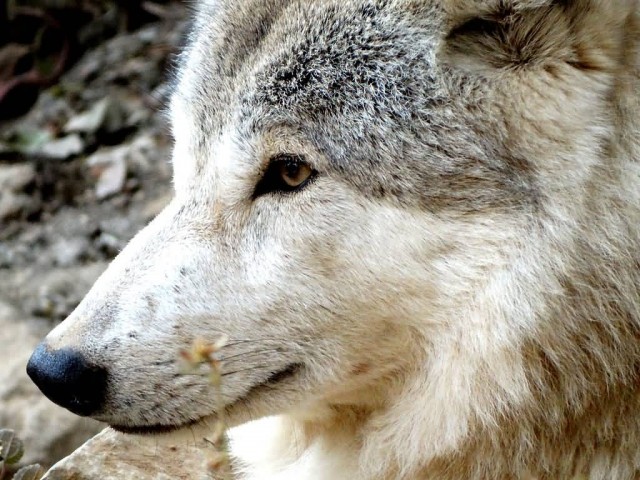 The Himalayan wolf has been suggested by several Indian biologists for recognition as a critically endangered canid species, distinct from Canis lupus. The Himalayan wolf may represent an ancient isolated line of wolves consisting of a small population of about 350 animals. They inhabit an area of 70,000 km2  in the trans-Himalayan region of northern Jammu and Kashmir to Himachal Pradesh, in the northern Republic of India, and are adapted to the cold environment.

The Himalayan wolf is listed as an endangered species in certain areas of Jammu and Kashmir, Himachal Pradesh, and Uttarakhand. A large portion of the wolf population in these areas exists outside of the protected area network, which is alarming for the initiatives of their conservation and suggests that management for conservation in these areas should equally consider the area outside protected areas. 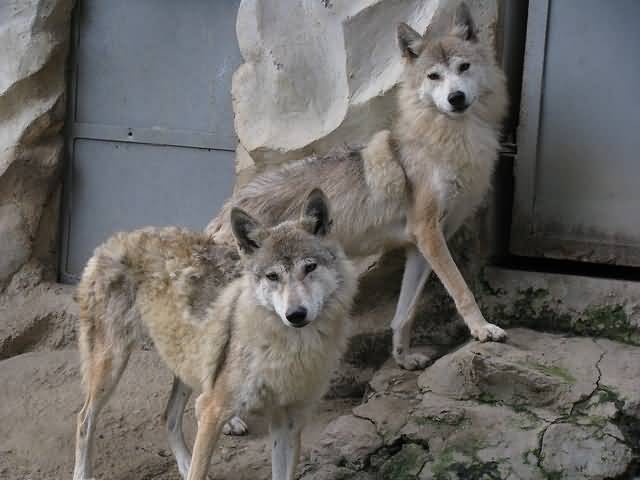 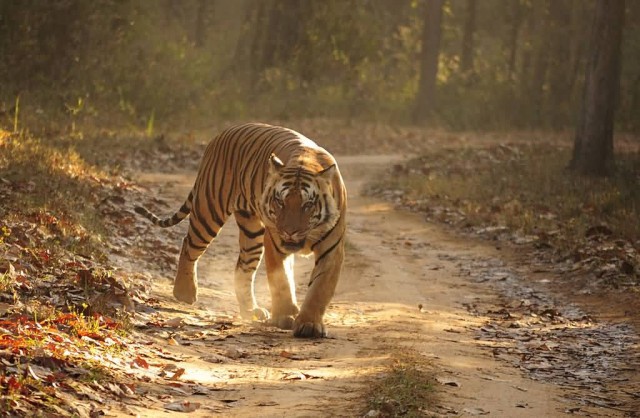 The Bengal tiger, in the past commonly called Royal tiger. It is the most numerous tiger subspecies. By 2011, the total population was estimated at fewer than 2,500 individuals with a decreasing trend.Over the past century tiger numbers have fallen dramatically, with a decreasing population trend. None of the Tiger Conservation Landscapes within the Bengal tiger range is large enough to support an effective population size of 250 individuals. Habitat losses and the extremely large-scale incidences of poaching are serious threats to the species’ survival. It is the national animal of both India and Bangladesh. 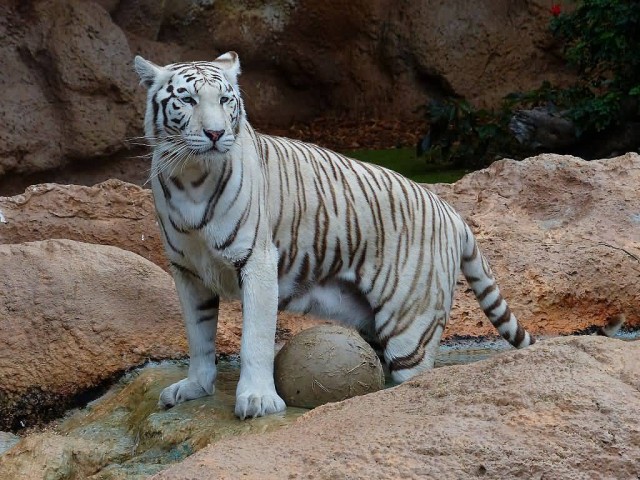 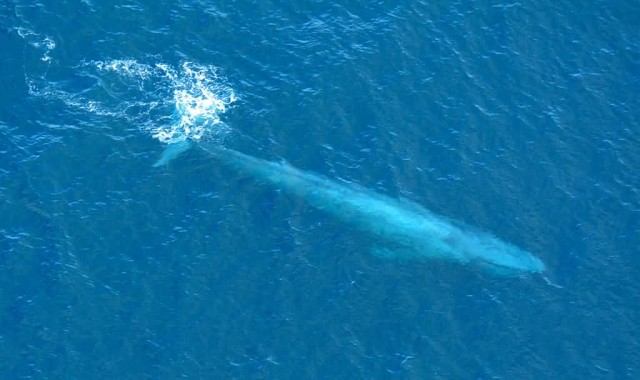 The blue whale is a marine mammal belonging to the baleen whales. At 30 metres  in length and 180 tonnes or more in weight, it is the largest existing animal and the heaviest that has ever existed. The blue whale has a long tapering body that appears stretched in comparison with the stockier build of other whales. The head is flat, U-shaped and has a prominent ridge running from the blowhole to the top of the upper lip.

The front part of the mouth is thick with baleen plates; around 300 plates each around one metre  long hang from the upper jaw, running 0.5 m back into the mouth. Between 70 and 118 grooves called ventral pleats run along the throat parallel to the body length. These pleats assist with evacuating water from the mouth after lunge feeding. Blue whales were abundant in nearly all the oceans on Earth until the beginning of the twentieth century. For over a century, they were hunted almost to extinction by whalers until protected by the international community in 1966. 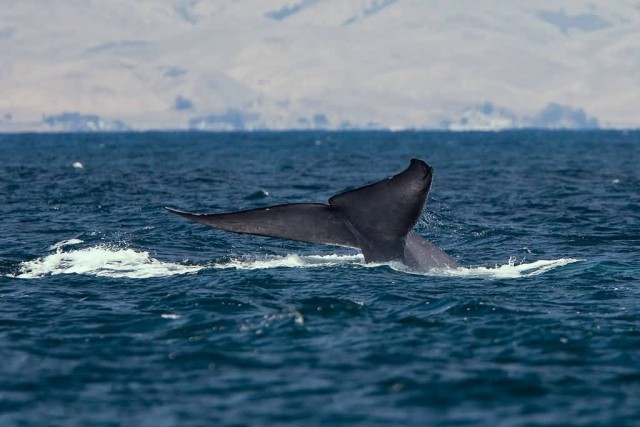